After collecting backer feedback I decide to redesign the games protagonist. We also are on a podcast and featured by Annoying Bokoblin!

Hello everyone!
Ive been taking your feedback seriously and wanted to let everyone know your voices have been heard in regards to the "hero". I have honestly been looking into redesigning him for some time and this just gave me the push I needed to do so.

One of the many reasons I want to redesign him is the fact that I have become a better artist since the start of this games development. The hero was the first thing I designed and as I have worked on the game every aspect has improved in quality as I have went. Obviously the hero is incredibly important so he should get the same treatment. Not to mention I have wanted him to have his own unique and defining features to set him apart from the other hero's out there.

Early on I was going for a very simple/clean look. But as the game evolved so did its style and the characters including the hero has adapted.

As you can see I went through several iterations. These are just a handful of the sketches and original art I still have. Initially the hero had a bandanna and no eyebrows. This later changed since I wanted him to be expressive and I felt the colors didn't necessarily fit well with the characters origins.

I went back and tried polishing the hero while making clothing more humble but in the end I felt he didn't stand out enough. I tried redesigning the clothes again but realized the character needed a light overhaul graphically. The style I was using felt outdated in comparison to everything new I had done and he needed an update. This is when I gave him the scarf and went with the blue & yellow clothing.

I was pretty happy with this design for the longest time but as I went and designed enemies and more characters I saw how more creative things were getting. I couldn't help but feel a nagging feeling that the most unimpressive character had become the hero when he should be the one I was most proud of. Ive posted some designs for some enemies below just to give an idea of how other characters have come along. 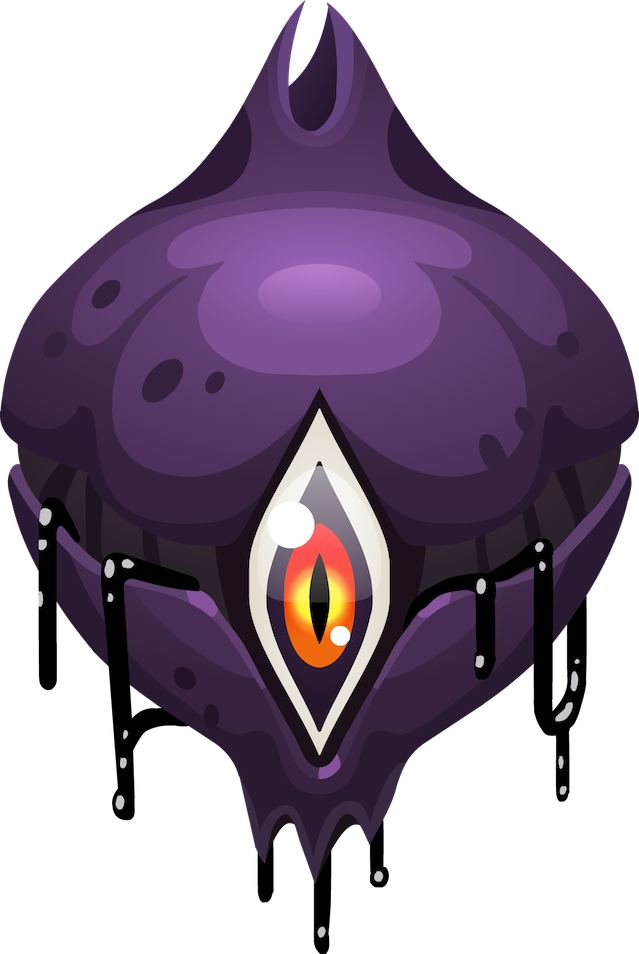 The game also started becoming darker and although I wanted the hero to be innocent I felt maybe he felt a little out of place. This probably isn't a bad thing in itself but graphically he began to lag behind once again and I definitely felt a cooler hero was in order. 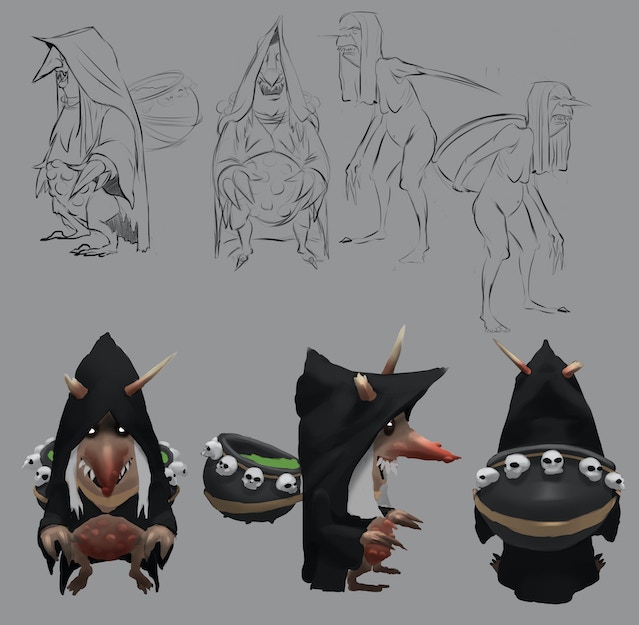 So after I got everyone's feedback here on Kickstarter I went back to the drawing board (finally) and have come up with my first sketch for the new hero. I kept some of his original components that I enjoyed while making changes to the proportions, details and clothing to make him more appealing.

Still very rough, but I wanted to share with the process with our backers. 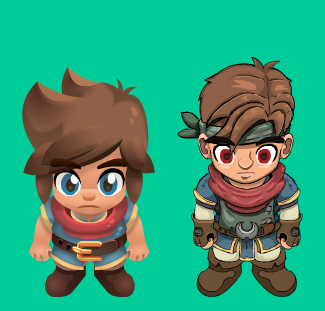 The hero is meant to be around 14-15 years old and comes from a small mountain village that is incredibly self sufficient. My first thought is that the proportions need a change since many people feel he looks incredibly young. (like a toddler haha) So I made his head and body more appropriately sized which also fits more with the games darker themes.

I went on to think about the clothing and I wanted to take his natural environment into account. The hero lives in a small mountain village & it is likely to be fairly chilly there, so he would naturally need to be in warmer clothes. Since the village he was raised in also is made up of experts in various trades (farmers, builders, fishermen, hunters ect) I imagined the boy would likely have had been trained as a blacksmith under his grandfather. So I gave him clothing that would fit for the occupation while also giving the hero a distinct look.

After all of that you can see the sort of process I went through. Remember this is still fairly rough but its a good idea of how this will turn out.

What do you guys think? I am personally pretty happy with this new design and think it fits perfectly with what I was aiming to do.

Annoying Bokoblin Featured Us In A Video
Something pretty awesome happened! For those of you who have played Nintendo's Latest Zelda game you may have come across the youtube channel by Annoying Bokoblin. In these videos you will normally see Annoying Bokoblin's latest antics as he explores Hyrule making various discoveries & wreaking havoc on monsters.

Annoying Bokoblin took notice of our Kickstarter and put together a video for us. I'm so incredibly grateful to see that he took the time to leave Hyrule and share a sneak peak into Loomia. I got to say its pretty awesome to see a fairly well known youtuber taking notice of our game and I actually loved the video. He does a great job talking about the game and I am encouraging everyone to take a look!

Game Speak Podcast
One quick last bit of news! Porter and I (Matt) were guests on the Game Speak podcast. We had a ton of fun doing this and if you guys want to know more about the game and its development you should definitely check it out! If you want to skip ahead our interview begins at around 56 minutes.
Createforsanity.com

Your designs are fantastic! Your decision to change the proportions will definitely pay off.

Thank you so much! Im really proud of how its going so far!