With this blog post we conclude the asset creation and import process. Here you read about the final steps we take before finally importing the asset into our game project.

Today we reach the final chapter of the asset creation story. After the modeling and base texturing it’s time to beautify the texture with some additional tricks, all of which are essential when creating a model intended for video games. 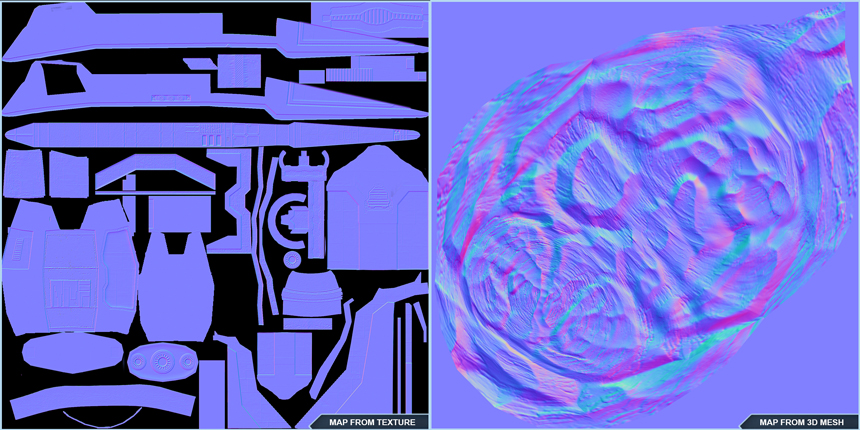 Ambient occlusion attempts to approximate the way light radiates in real life, especially off what are normally considered non-reflective surfaces.
AO is used to add realism to the models and get an effect of “self shadowing” without putting any strain on the PC.
For our game we use SMAK (http://getsmak.com/) to bake the AO maps.

The SOF map is a custom layer texture implemented in the XEN Graphics API. By definition SOF stands for Specular- Occlusion- Face Regions. Each of these attributes is represented by a color channel in the texture, red is for specular, green is for occlusion and blue is for face regions.

In our case we modified the implementation of the SOF map. We’re not using the green channel which should represent the ambient occlusion because we pre- bake the occlusion on the diffuse map. In any case we’ve decided to keep the green channel empty in case we need it for a different function in the future.
We also changed the function of the blue channel, it no longer represents face regions but rather the reflection, or more precisely material, of the model. If the color value is between 0 – 127 the material is like metal (blin, phong) and it reflects the skybox, but if it’s above 127 the material is lambert, it disperses light in all directions equally so it doesn’t reflect.
The red channel is our specular map and it determines the shininess of objects. The greater value of the red channel, the shinier the surface of the object.

Additionally if we need some light bulbs or glowing windows on objects we add an alpha channel to the texture to represent these glowing surfaces. The glow intensity is regulated by the alpha value, for higher intensity glow the texture segment should be less opaque and vice versa. In some engines such as UDK or Unity this is known as an emissive map.

When we set the desired values to the aforementioned channels the final result for the SOF map should look something like this: 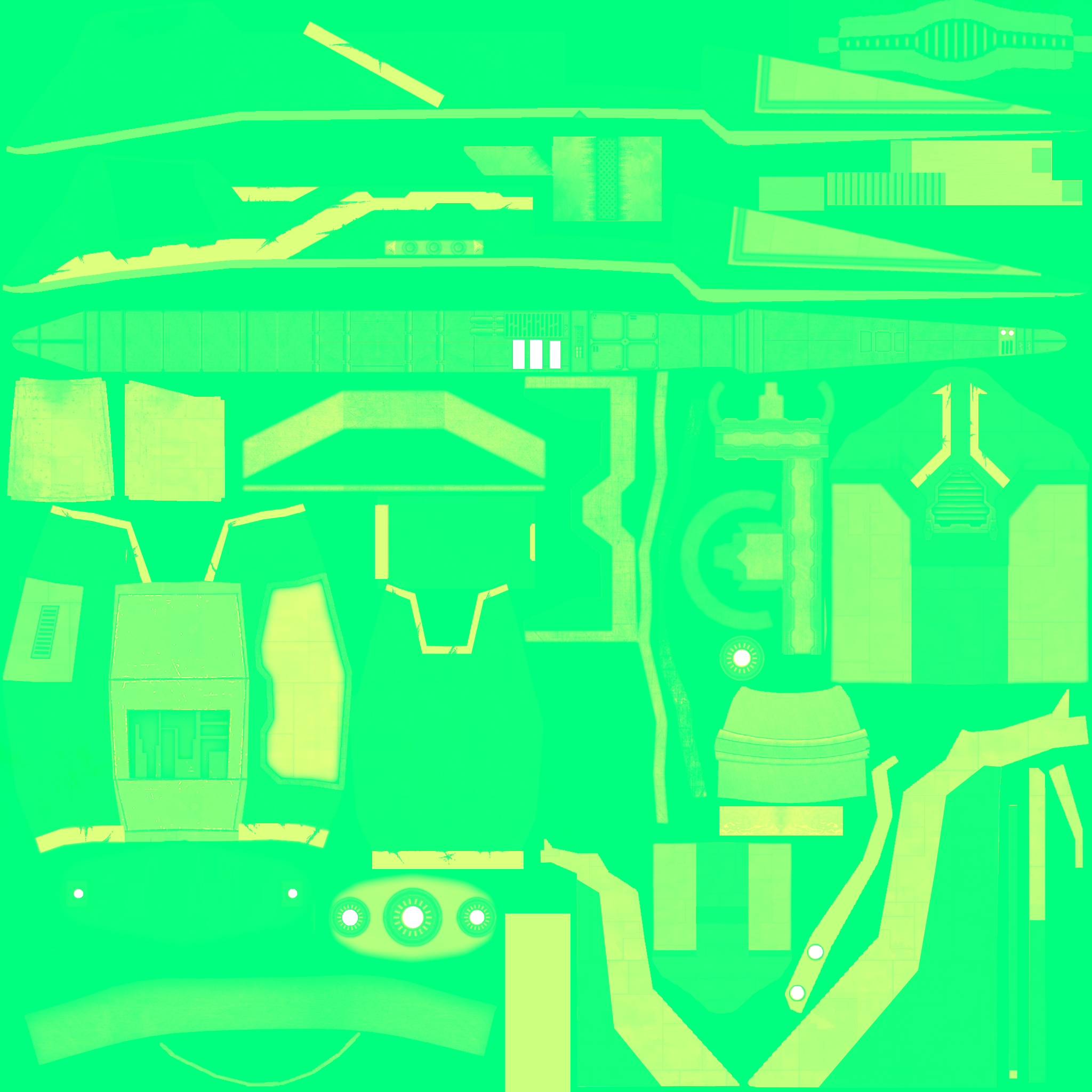 The following video shows the full asset import process, from the 3D mesh down to the SOF and normal maps. Note that we will talk about the Content Importer in- depth in a future blog post.

This concludes a small arc dedicated to content creation in Excubitor, and game development in general. If you have any questions regarding this topic feel free to ask away, we will be glad to oblige.