Almost half a month has passed since the development for "Wretched" started, it is now time to release the first info related to the game's plot.

Thanks for checking out this Dev Blog for "Wretched". If this is the first time you are reading about this game and you've never heard of it before, I'll give you a quick introduction regarding its key features. "Wretched" is an upcoming adventure / horror indie game set in a semi-open sci-fi world. The gameplay will focus mainly on the exploration of big open areas and some puzzle solving / platforming sequences. It will not feature any jump scares and the horror elements will be applied through slow tension building, as well as a heavy reliance on an ethereal / surreal atmosphere.

Since almost half a month has already passed since the development for "Wretched" started, it is now time to release the first info related to the game's plot. The game is set in the year 2196. You'll play as a supposed criminal who has been convicted for the murder of his wife and two daughters. You have no memories of the night in which the murders occurred, you only remember waking up in the next morning covered in blood in your own home. You were sentenced to spend 40 years in a coma while your subconscious is trapped in a simulated world known as "Keep 17". Lost and with no hope for the future, you start wandering around your "prison" but you soon realize that you are not alone and your imprisonment is part of something much bigger...

This is just the very basic of "Wretched"'s plot and some parts of the story will be adressed with much more detail in further Dev Blogs. As development for the first part of the "Keep 17" continues, you can check some new screenshots from the latest development build below. 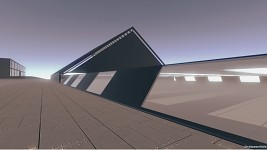 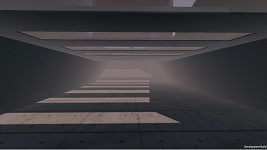 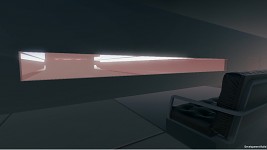 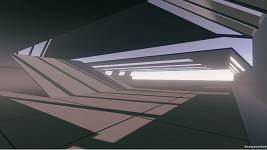 I've also been working on some ambient music and hopefully I'll be able to have something available for listen on the next Dev Blog. Till next time! Cheers!