Hello everyone, I’m [TWDEV] Mars and I’m a Level Designer on the Traction Wars team. Welcome to the first section of our three-part level design blog. [TWDEV] Maniche, [TWDEV] RvtL and myself are the Level Designers for Traction Wars and as part of this blog we will be focusing on how we have developed our showcase level Merville Battery.

Hello everyone, I’m [TWDEV] Mars and I’m a Level Designer on the Traction Wars team. Welcome to the first section of our three-part level design blog. [TWDEV] Maniche, [TWDEV] RvtL and myself are Level Designers for Traction Wars and as part of this blog we will be focusing on how we have developed our showcase level Merville Battery.

The Merville Battery was designated as a severe threat to the landings at Sword Beach. It covered the mouth of the River Orne and was less than four miles from the eastern flank of Sword Beach where the British 3rd Infantry Division landed. Before the invasion the RAF and USAAF dropped 1000 bombs on the battery – only 2 hit the casemates, with no damage sustained. It was now down to Lieutenant Terence Otway of the 6th Airborne Division and his battalion consisting of 35 Officers and 750 men to put the guns out of action. But with many paratroopers scattered throughout Normandy only 150 men were available for the assault against a German garrison of 130 and so the British suffered a 50% casualty rate. 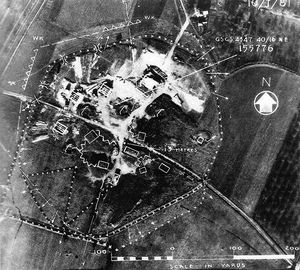 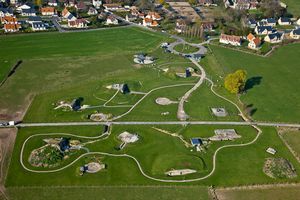 From a design standpoint, Merville provides us with a fantastic setting where players can engage in an environment which had significant importance to the landings at Sword Beach. Traction Wars has a unique focus on realism in nearly all aspects of the game and as Level Designers we want to provide players with an environment which is as true to life as possible. We want to put the player in the boots of a soldier facing the momentous challenge of attacking or defending the battery and work with their team to overcome the challenges which were faced over 70 years ago.

"Does the level fit with the aim of the game’s philosophy,
gameplay and realism?"

Before the development of a level, we first research which battles have a particular historical and military significance on the road to Caen from the initial D-Day landings. We then take a look at the geographical layout and what happened during the event such as troop movements, time of day, weather and military capacity. Does the level fit with the aim of the game’s philosophy, gameplay and realism? Will we be forced to funnel and guide players to specific locations, or can we have a natural battlefield where players can use teamwork and tactics to undertake their objectives? Are there any landmarks which will distinguish the level from others? These are the questions we ask before development. Being able to analyse such criteria will allow the team to make an informed decision and produce the best level possible for the game. 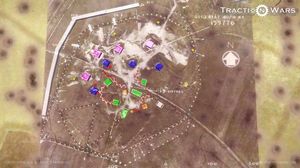 Once the level brief has been agreed, we spend a significant amount of time on detailed research which can be applied directly to the level. This can range from high-resolution aerial photographs taken just days before the assault on the battery to schematic drawings of the bunkers housing the 155mm guns. Historical aerial photography services such as NCAP and Géoportail combined with military maps used on the ground provides us with such a detailed range of information that we can achieve our vision of accurately creating a battlefield with a high amount of precision. If a player is taking fire from a machine gun nest or trying to navigate around a minefield, it is likely that the player is facing exactly the same issues the soldiers had during the assault. [TWDEV] Maniche, [TWDEV] RvtL and myself will put together all of our reference material to make a coherent gameplan to move forward with the level, involving many lengthy discussions and 'creative disagreements' to come up with something like this:

With the annotated aerial images placed in the Sandbox editor we can now start to whitebox the level. In this process no details are added to the level. We use only basic untextured shapes to create a simplified version of the map to provide a core understanding of the sense of scale and flow. By making very rough blocks we will then be able to analyse the whiteboxed level and ask questions such as how long does it take to run to the battery from the Allied spawn, is it clear where the player has to go, when is the first anticipated PvP contact and where will it be? As Level Designers we not only have accuracy in the forefront of our minds but also the flow and gameplay of the level. Thanks to CRYENGINE’s incredibly powerful toolset, this process is very fast to prototype, bring to a playable standard, to test and then iterate on our designs quickly. Once we have our whitebox completed our Lead Level Designer [TWDEV] Maniche will divide each area into layers. These layers allow us to not only optimise the level through layer streaming but also allows all of us to distinguish certain areas and work on the level at any given time.

Once this has been completed we can now start to take advantage of each of the Level Designer’s skills such as detailed ground textures, vegetation placement, gameplay design, lighting and terrain manipulation with [TWDEV] Maniche constantly overlooking the process as a whole and allocating work to make the level as good as it can be. You will hear more about this in our next blog, so stay tuned!

Next weekend some of our team will be attending the Eurogamer Expo (EGX) in London. If you are in the area look for us in the crowd. We'll be in the unmissable bright blue "Traction Wars" T-shirts. Come and say "Hi!"!

The devil's in the detail, keep it up lads!

Dear god that was awesome, keep it up still waiting for the next update.

cant wait to get a look at the bosch too!!!