A sneak peek at whats been going on around RoundHouse Studios.

I've started a dev blog. Luckily I get to be less formal here since its a blog, not an ordered news post.
Well I guess I should update everyone on how Crimson Crow has been doing.

Since I last spoke I showed off a squad selection GUI and crashed T-24, as well as a few guns.

We took Gull City's design and added a lot of detail as well as 'old Gull City', and older part of town, and began to add the industrial part of the city, which led to the suburbs.
At some point or another we began to realize...Gull City is too big.
Driving a dune buggy across the map took minutes. Walking? Not even worth it.

So I came up with a plan. I made the map dark, added lights to brighten up certain paths. Originally this was to accompany a co-op idea that was formulating. This way there was less random directions to wander and made the map 'smaller' and areas where fighting was more centralized. It was then I ran into a problem. In order to make Gull City bright enough for a fight, there needed to be a lot of lights. A lot of lights took a lot of processing, since they were all dynamic. (Normally thats not a problem, but in this case we had hundreds of them.) 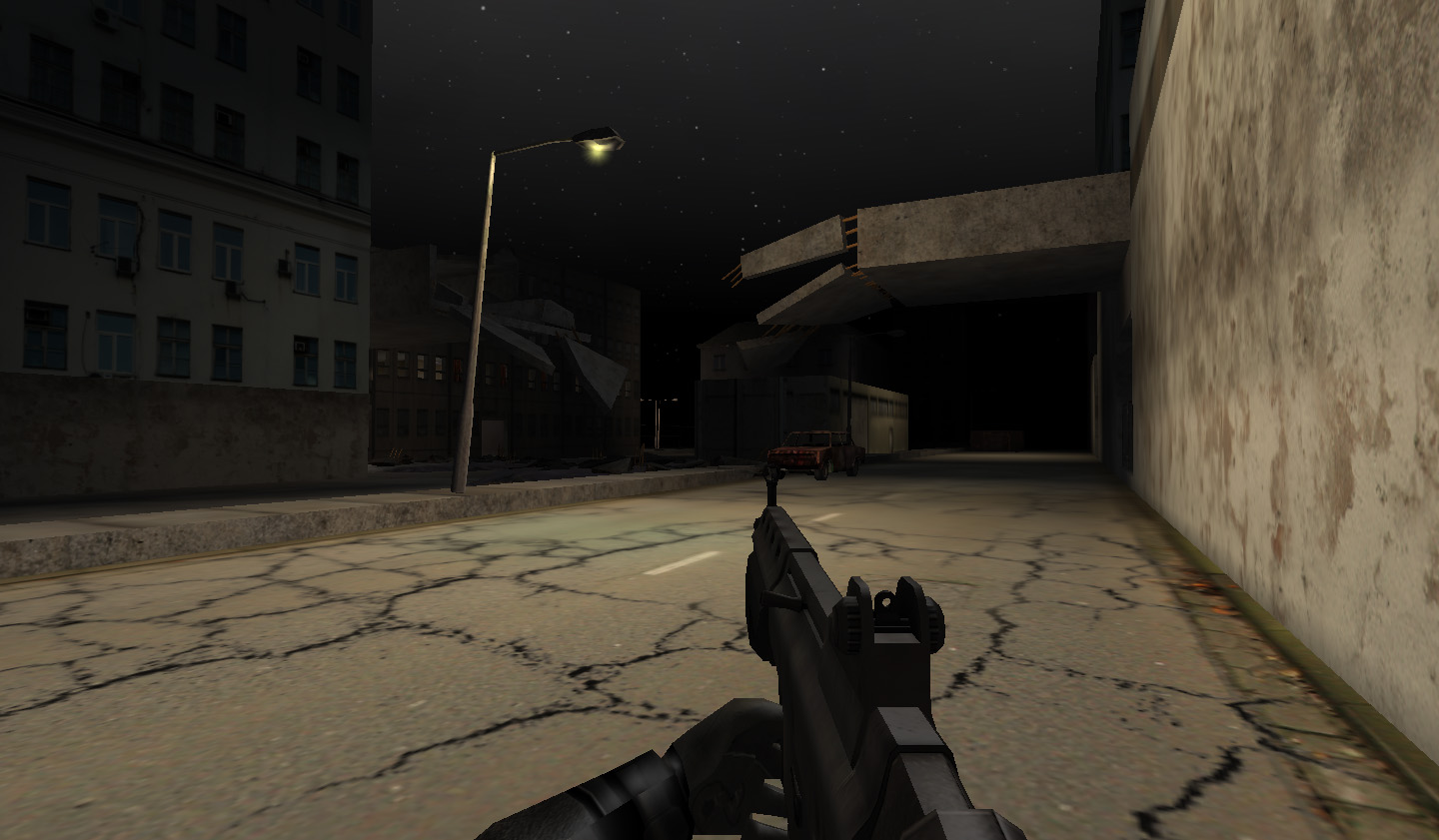 I finally went to the mapper and asked him what he thought. He said 'just make the map smaller'.

It was brilliantly simply, and even then after a long talk about Gull City's design, the mapper decided since the map was smaller, he should add more detail. So instead of having the suburbs/industrial area/old gull city, the best idea was to 'just' have the central part of the city. If we wanted the other areas, we could add them as separate maps.

We also discussed the potential of other maps. In particular, a desert map on Hetok, and a forest map on Vign. 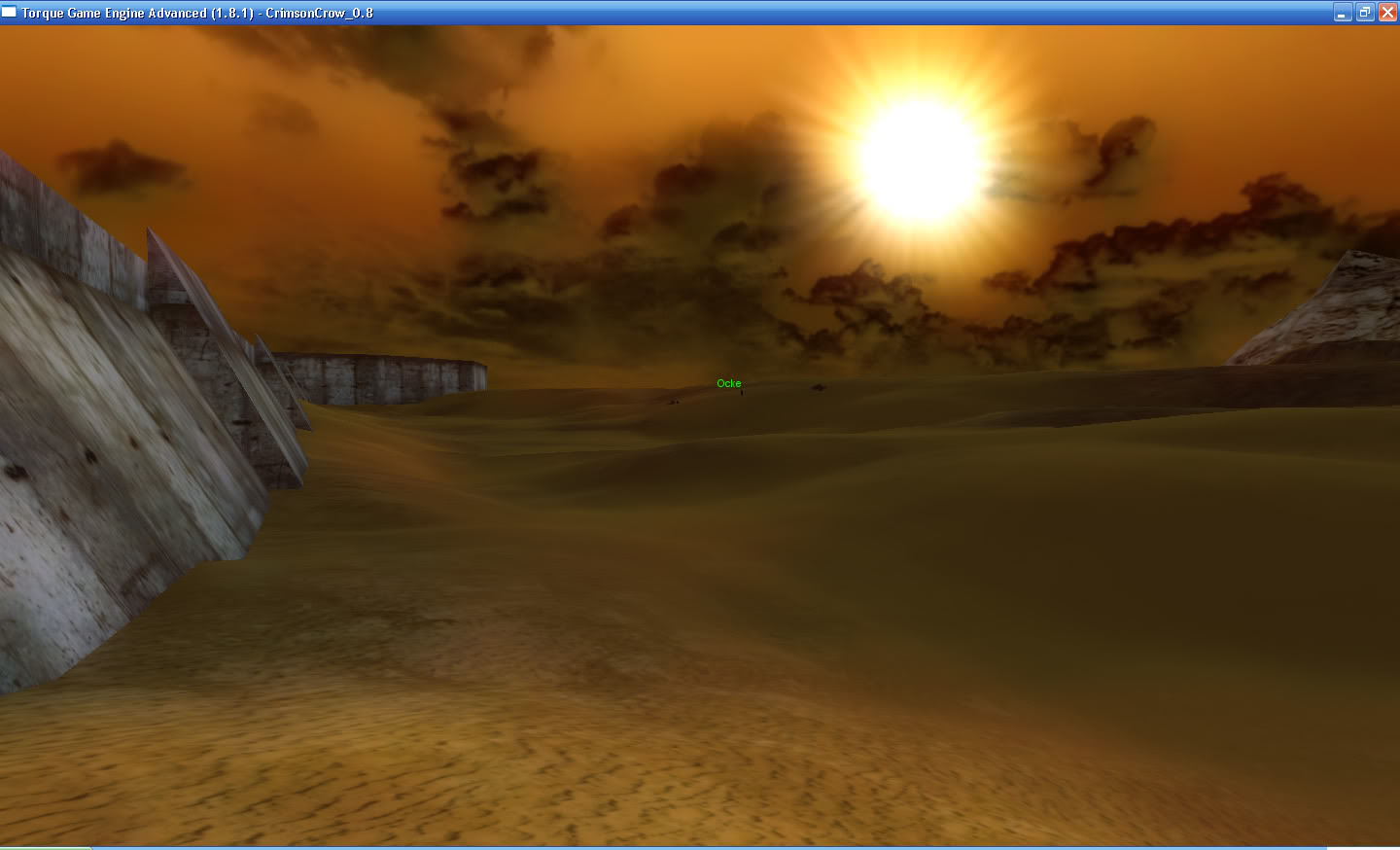 (Concept map. No where near final or even basic. Ocke is not in this screen shot.) 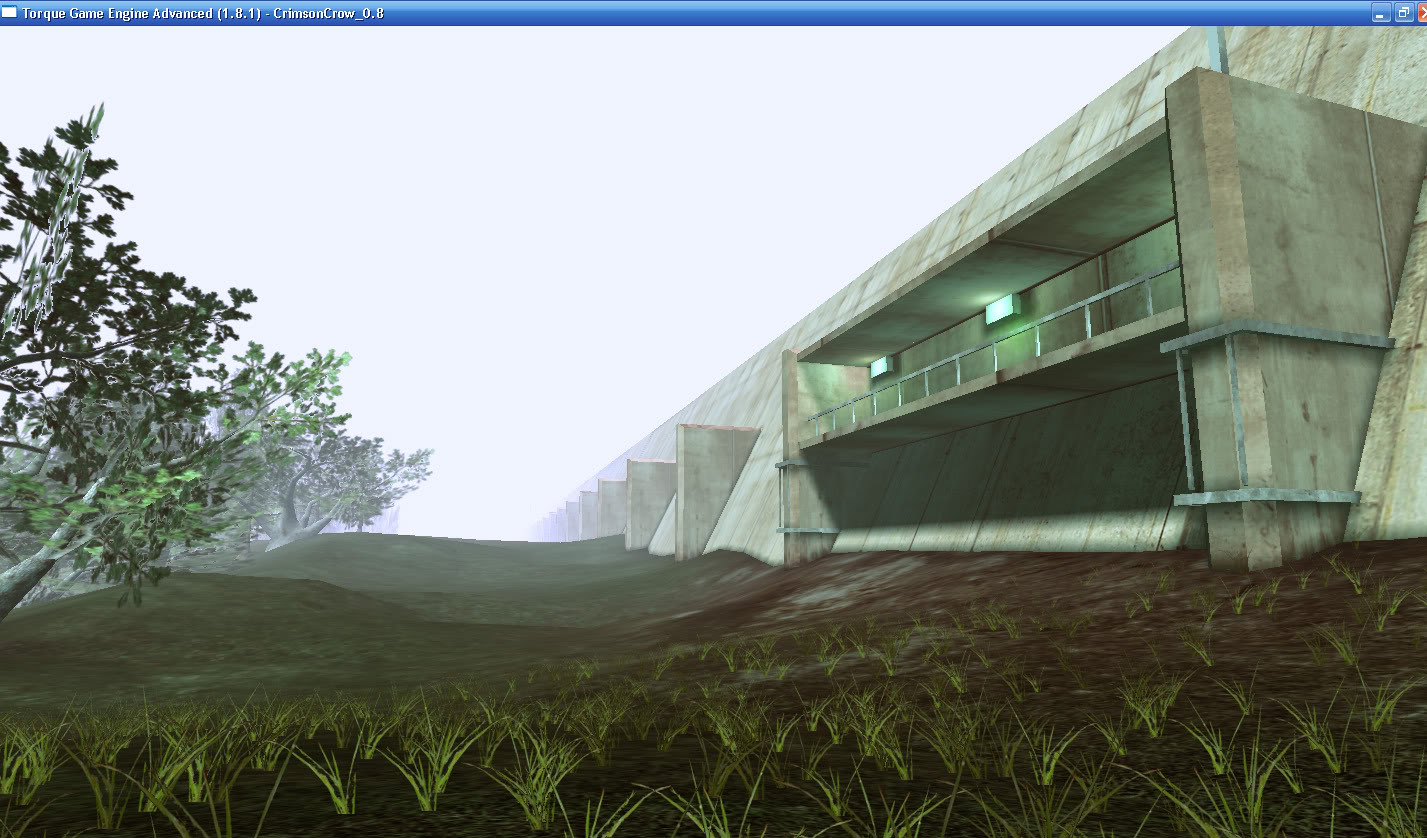 (Concept map, no where near final or even basic.)


The point of these concept maps is to get a color scheme/architecture design down, and then detail it to complete the look.
Gull City was much of the same way, in the beginning.

The mapper finally concluded that Gull City would be finished before we started on an entirely new area (Which means more props to make, therefore much more time).
He did however, state he would like to do some work on Underground Warehouse. The first playable map we made back in TGE. 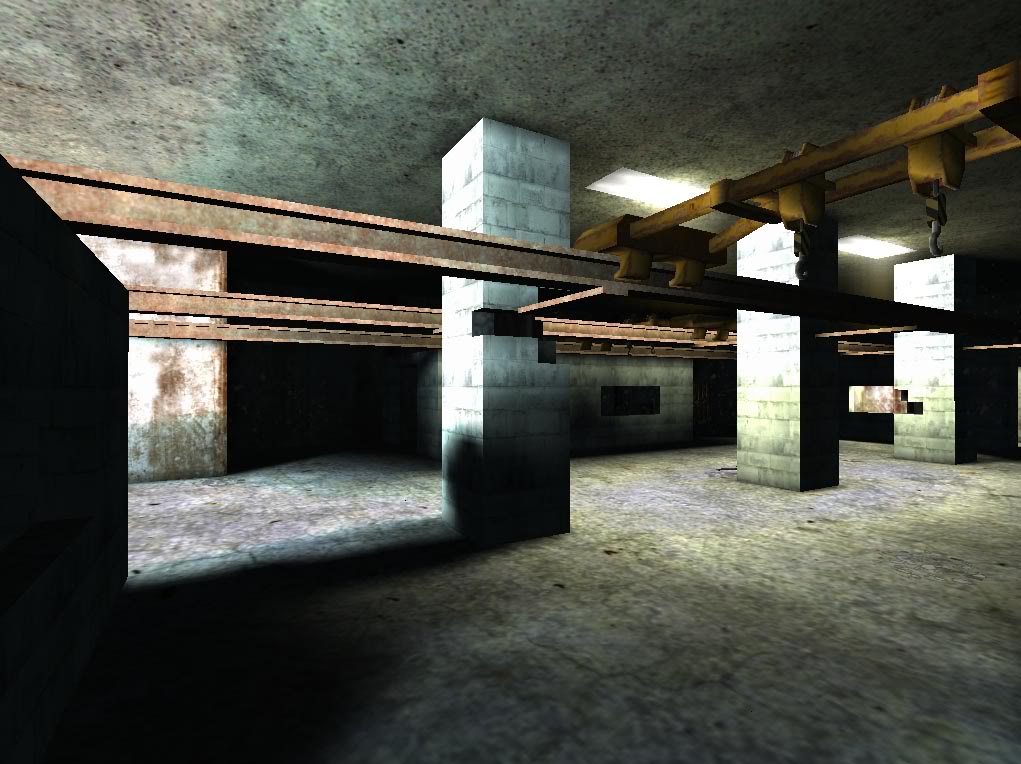 
Aside from all the maps, I've recently begun work on the 8th comic in the Crimson Crow series.
(The game being based on the 2nd, 3rd, 4th, and 5th comic. The 6th comic "Break Point" is being described in the profile header. The 6th comic is before the rest.)
Now its only rough concept, but hopefully the 8th comic will make its way onto Moddb.

We hope to have an 'actual' update soon, but for now, I'll add a clip from the 7th comic. 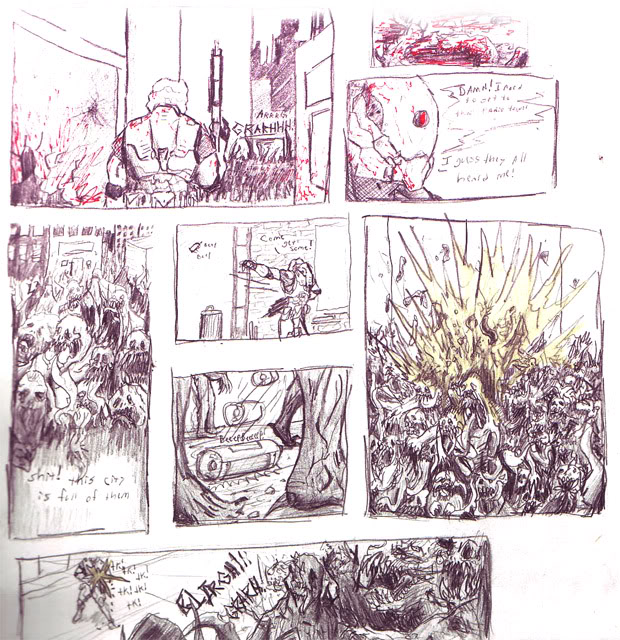 Awesome. Glad to know a little more on how its goin. keep it up

I might be mistaken, but havnet see the last comics !

The comics are hard to find and harder to get a hold of.
The very first was destroyed, the 2nd was stolen, the 3rd was badly battered over time, the 4th was lost, the 5th 6th and 7th I have.

We've been looking forward to the 8th since it will be mostly saved digitally. That, and the storyline and art is much more thought out.

It'll be nice to see when it starts to really take shape.

Well - redraw them. That's what you do when you're creative. Do the same **** over and over again, until somebody likes and buys it.

The new concept map looks awesome - green on the inside desert outside? I like that and it reminded me a little of the barren lands in "Vexille", a pretty strange animation film.

All I want to criticise is that your thumbnail pic for this news release is not really a picture, but just some tiny words on black. Perhaps it is time to think about creating templates for these releases? You'll need a 2D-Expert for hud and decals anyway, or do you?

We've had a few talks of re-drawing them and that might be just what we'll do. With the exception of the 1st and 2nd comic since I don't remember what was drawn in them.

We have a GFX/Hud/Decal guy only hes been busy for the past few days.
Getting together some templates sounds like a good idea. I'll try and do that.

Those concept maps look awesome. I'd also rather have a small, detailed area, as opposed to a large empty area. Nice job.

Glad to hear some good feedback on the idea.

I personally can't wait to try it out on a map to really get a feel for game-play. If it doesn't play right, we'll have to switch everything up to make sure it does.