An overwiew of the next upcoming map in the Designated Days series!

The purpose of this map will be to simulate that "behind enemy lines" feeling, where everywhere you turn it's another battledroid or vehicle. You're alone, surrounded by several legions of droids, and you must make your way back to friendly territory. Your LAAT/i is destroyed, your brothers dead. It's a long way back. Can you survive?

The 201st Raider Corps is sent to Uaris to counter the CIS invasion. after a month of fighting with the CIS and gaining ground slowly, they establish a route to the frontlines and back to HQ. An LA-AT is heading to the frontlines with supplies and a squad of 201st raider troops when suddenly they fly into medium AA flak fire from CIS forces. They take a flak hit to one of its wings and spin out of control towards the ground. One clone trooper awakes from the crash only to find himself alone and surrounded by CIS patrols in the area hunting for the crash site. The clone must salvage when he can from the crash site. Later finds they veered of course 50miles behind enemy lines. Now he must evade capture and hike back to allied lines. He discovers CIS operations in the area which proves to be vital information to the Republic.

Enjoy the screenshots below, an overwiew of the early stages of the map :D

(Note: the sky and the lighting are going to be updated soon) 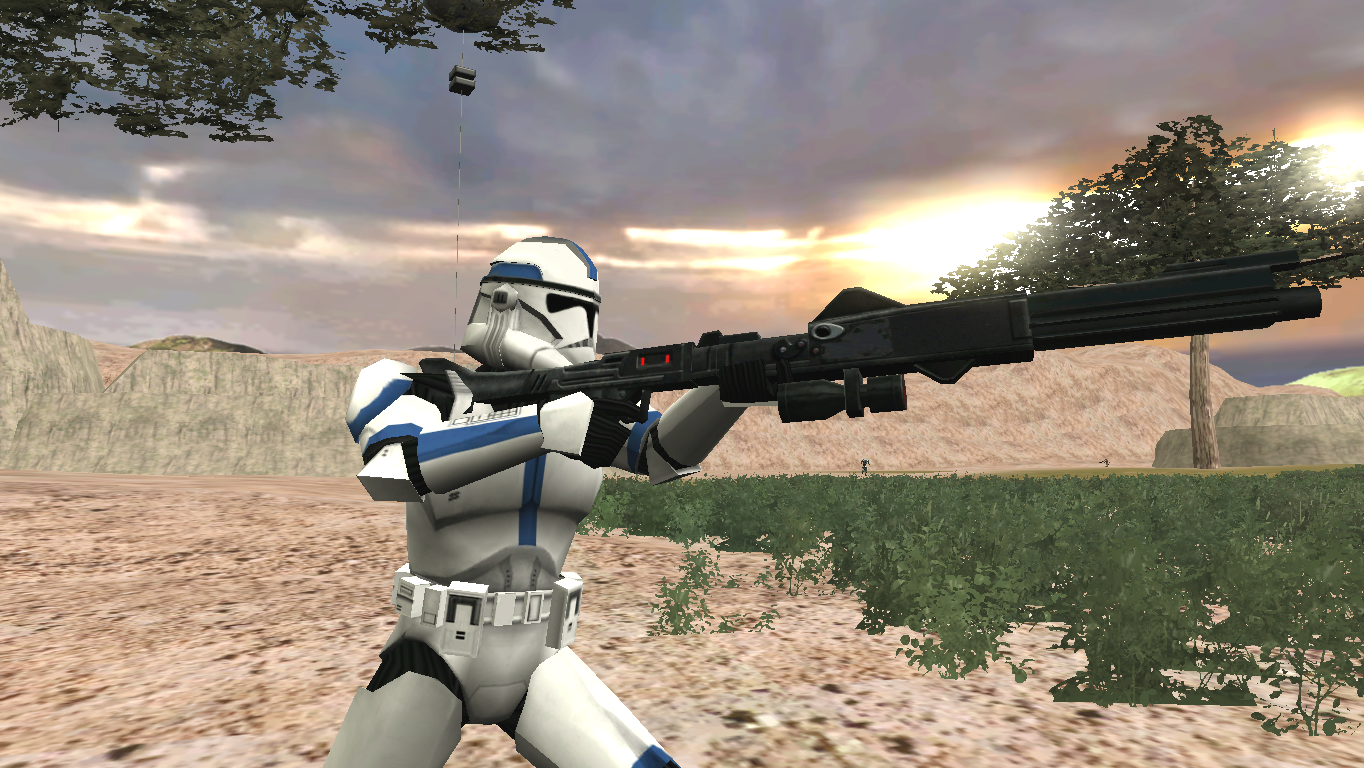 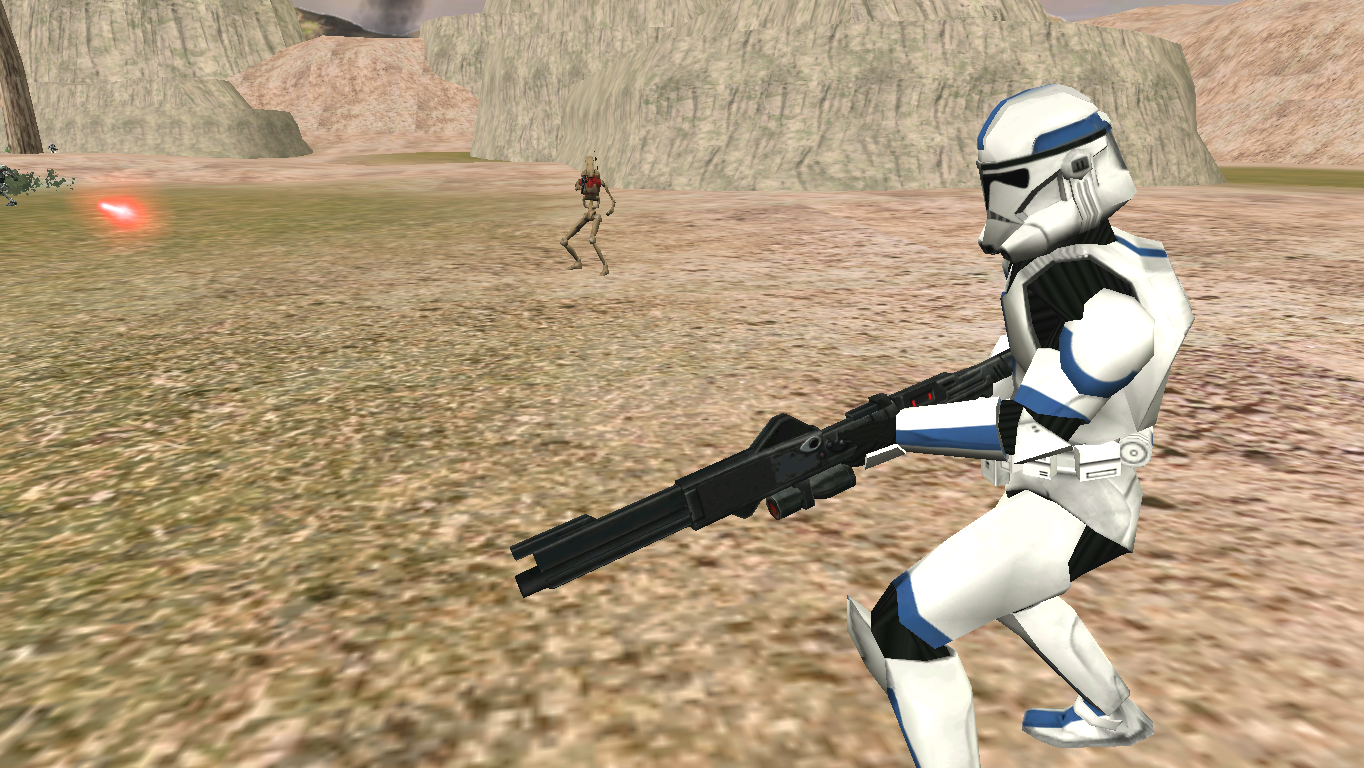 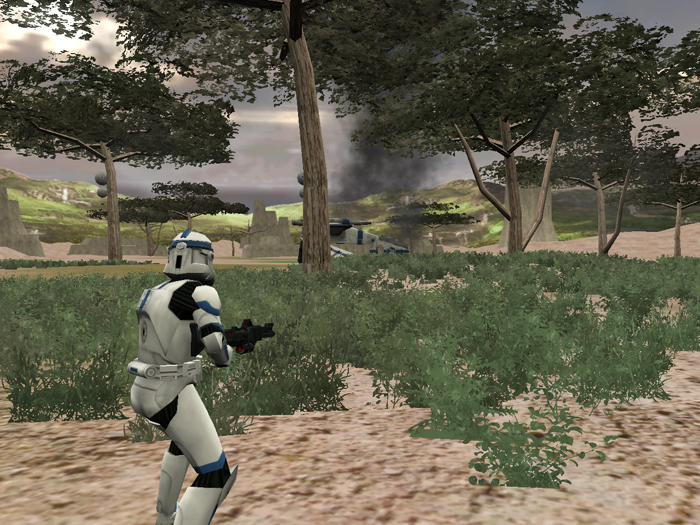 The survivor hidding from CIS forces. 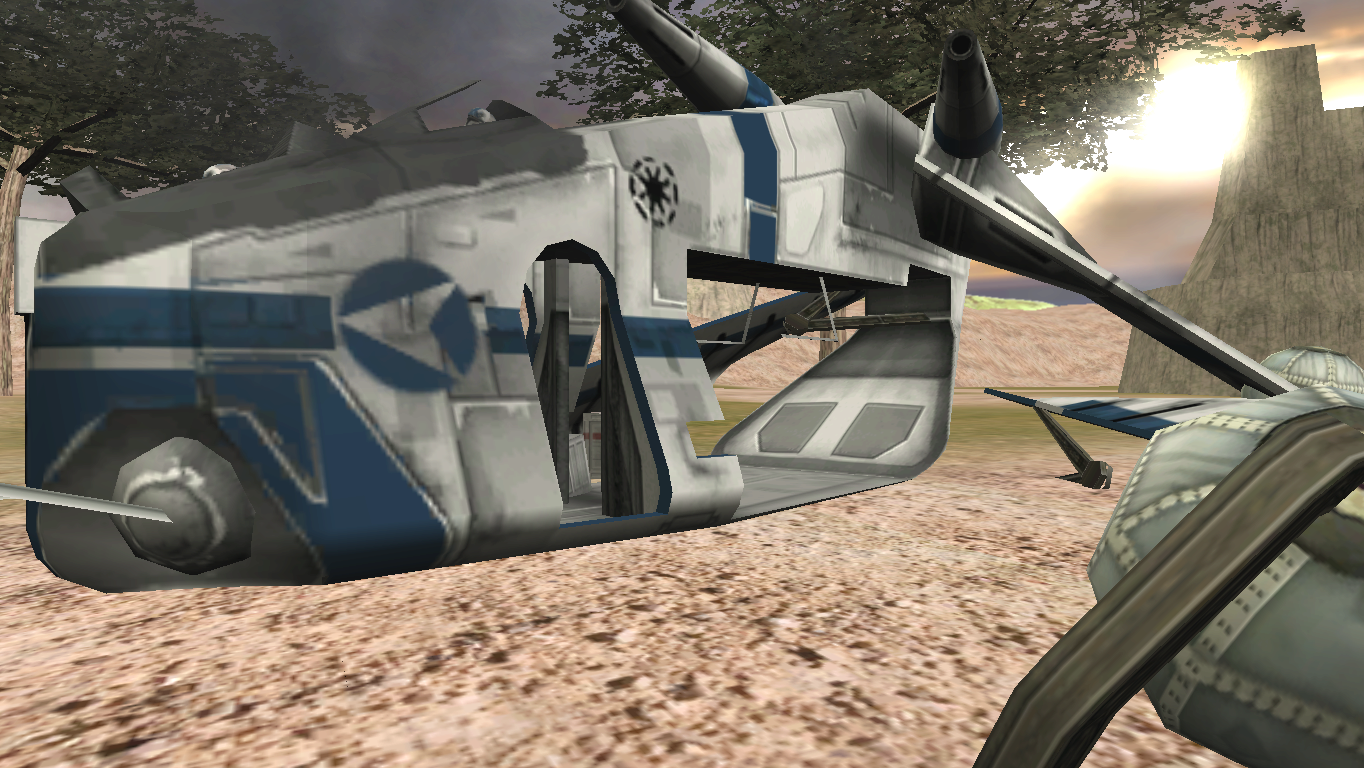 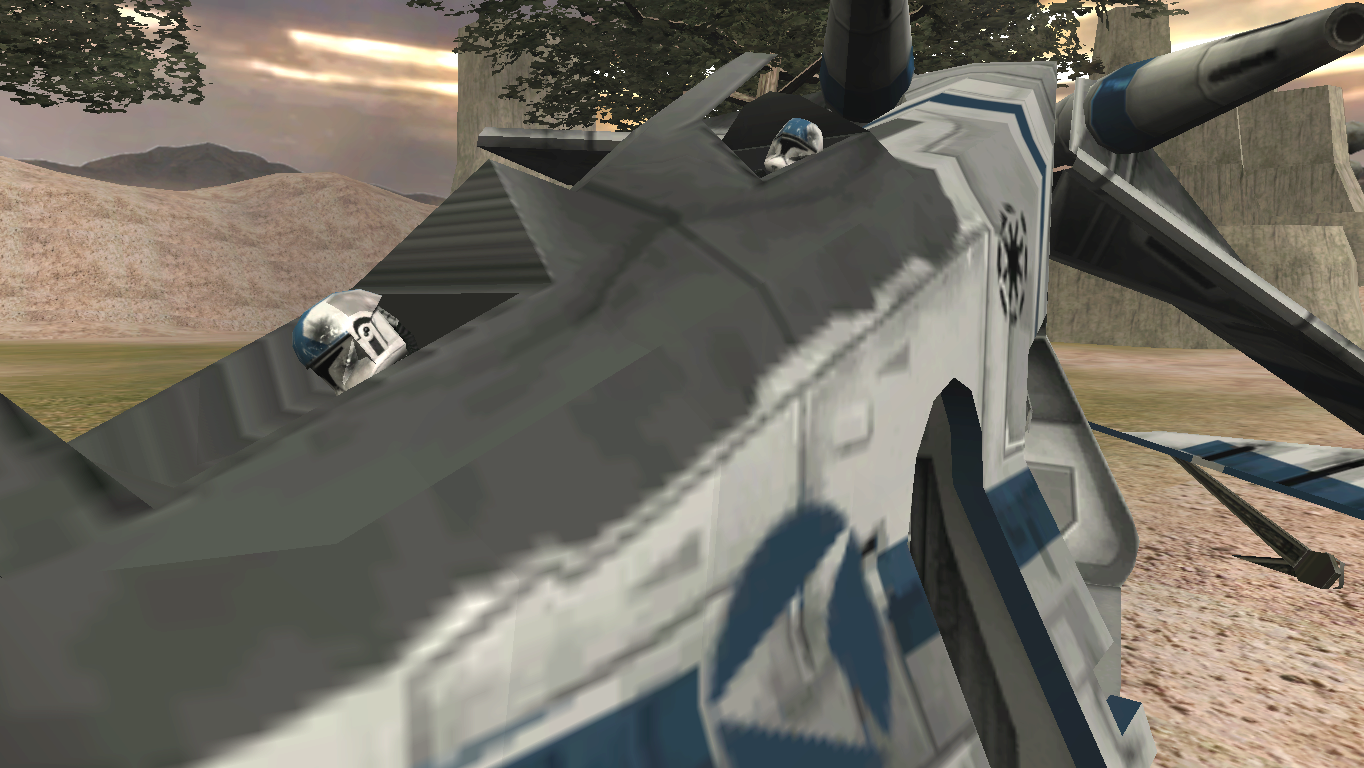 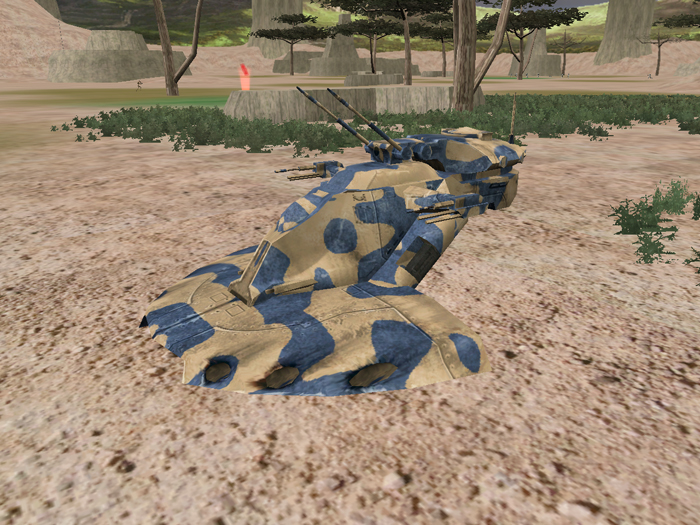 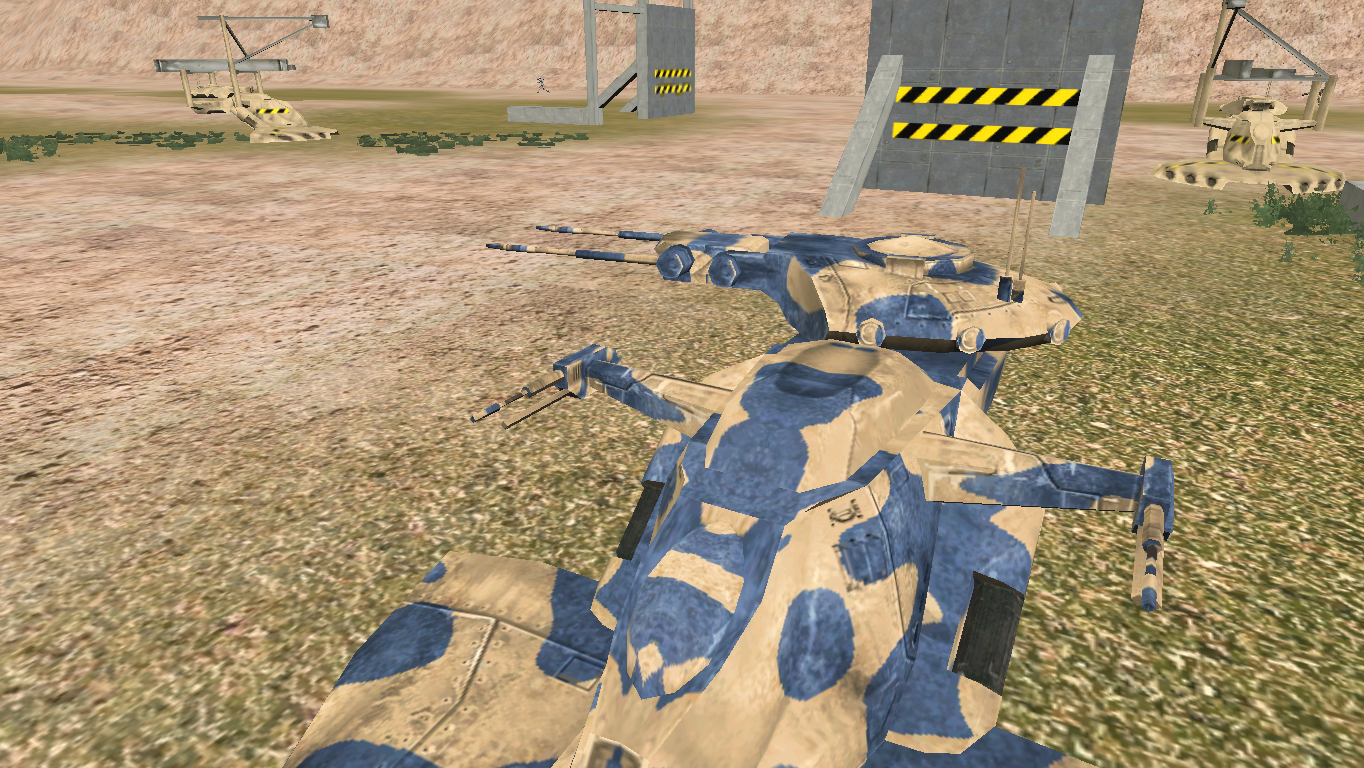 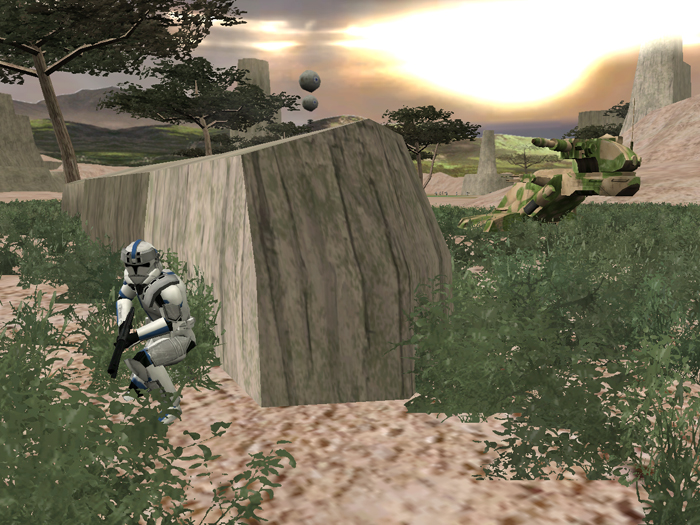 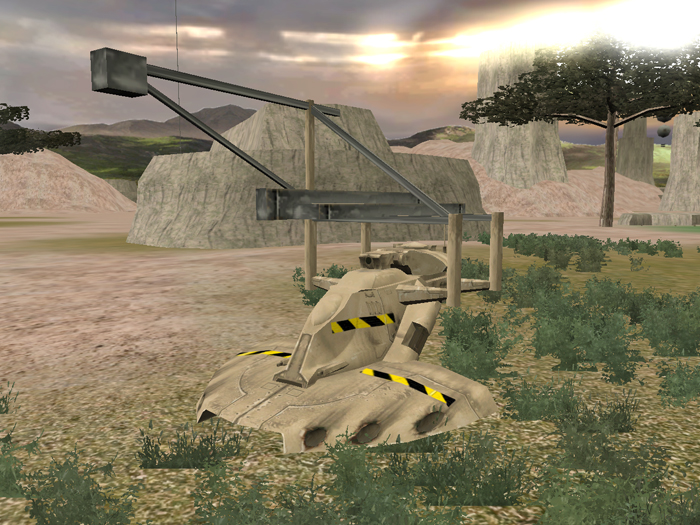 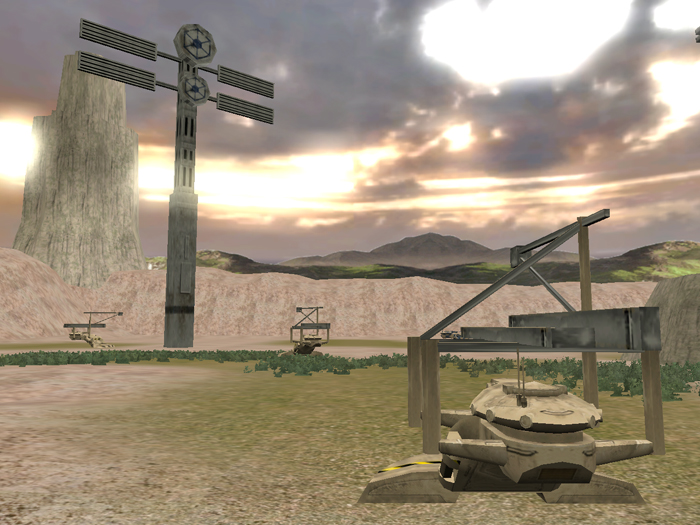 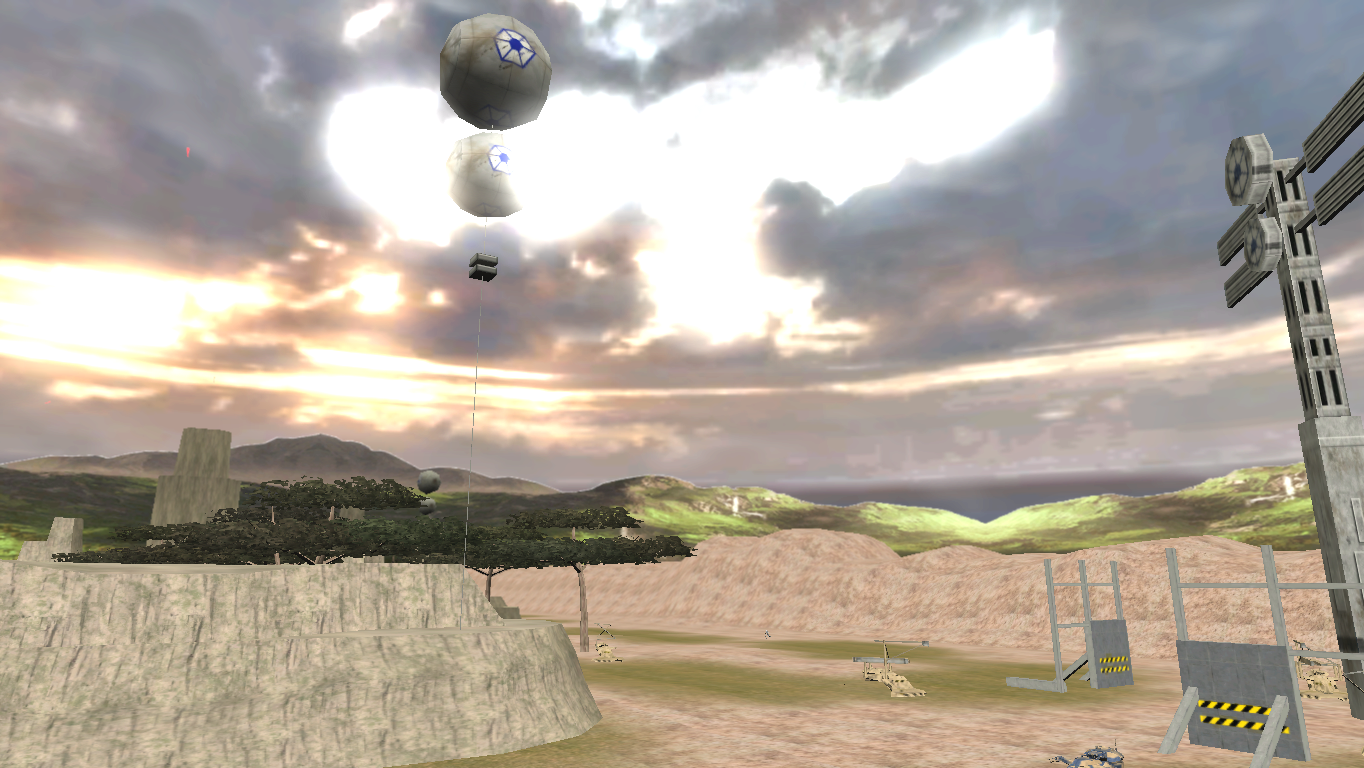 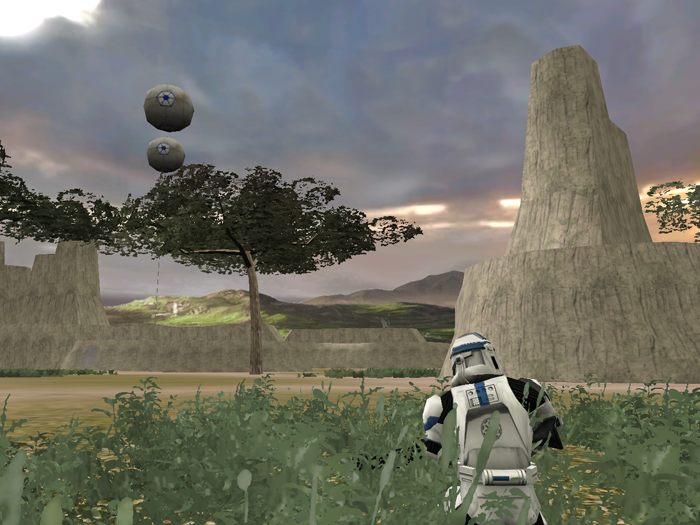 AA Ballons used to rip apart low flying crafts. The CIS deployed them while AAT-Ms and AAT-AAs are stationed in the area. 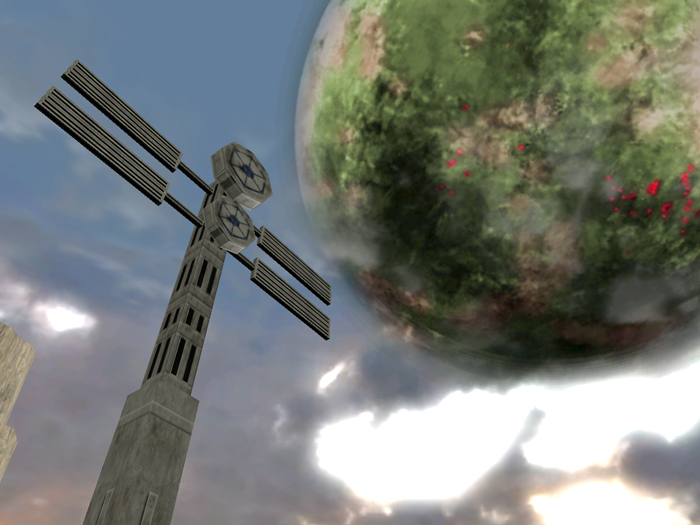 Uaris's moon in the background with a CIS spot.

As usual feedbacks and comments, are welcome!

DAMN this is so cool! I especially like how you can see the dead clone pilots in the gunships cockpit. Very good looking skins and models!

Good job! I especially like the looking of Uaris's moon, but maybe the gunship need more clone corpes?

Wait, you're on the dev team? Awesome!

Yep since a few months now, see the end of this old article :P

Can't wait to play this map, i like the idea of beeing trapped.

Note, this won't be the only map/story in DD Chronicles. There will be different situations with different clone battalions such as miss-drops and holding a building from waves of CIS forces. Thanks for the great article, CdtFox! :) I'm hoping we'll get a map out to people where waves get increasingly difficult to hold off and it literally becomes a fight to the last man.

How the AA ballons are supposed to work? Are these only props?

They're just there as props, I'm afraid.

Otherwise, they'd be there to cut down low-passing Republic fighters and gunships (they'd get caught in the wires, etc, plus colliding into the balloon themselves).

this seems a bit more gritty than your average mod, can't wait to play it :]

excuse me dudde but what "average" mod are you talking about? Maybe the reloaded side mod? Because if you are talking about the main series...well it's not average at all:

I wasn't saying your mod is average, I said it seems more gritty than an average mod, I should of said an instead of your. I was complimenting your mod... But yes I will try them.

Thx. Will sure keep up the good work.

it craah whenever i want to play it. Help please

What map is crashing? Do you have the unffocial patch installed? See here Moddb.com

Nice screen shot's but i will play the Map and how i can download the map?

This map is in progress for now ;)

You can play a few other thought, see the files category: Moddb.com