Code of the Savages' combat system has been completely overhauled. The developer has made the demo public with a free download.

Hi All, HUGE update. There is a lot to talk about, but I'll start with the combat system.

The removal of the scroll wheel actions in the last update has paved the way for the combat system overhaul. I feel a bit like a creative roadblock has finally been lifted, and it's a good feeling.

I left the combat system in a state limbo for a long time while I worked on other parts of the game... simply because I couldn't think of a way to make it work with the scroll wheel actions... Sometimes the solution is staring you right in the face - scroll wheel actions gutted.

Previously, the combat system was dull and tedious, but I have gotten it to the point now where I can finally say I'm happy with it. It of course needs refinement and feedback, but feel a lot better about it.

The combat system now functions a little bit like Ultima Online with a dash of Ultima 7 thrown in (without U7's famous "double-click->bad-guy-dead" lack of control). 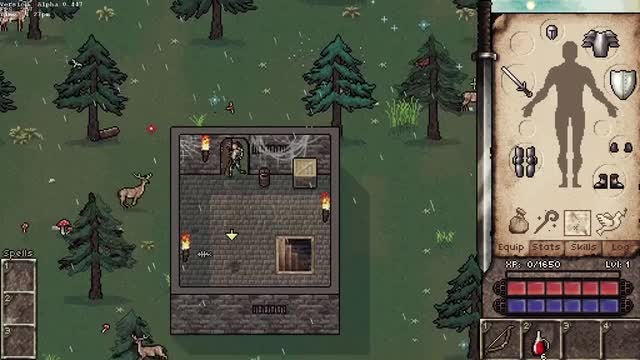 I've added sound effects, camera shake, and an improved knockback effect to make combat feel more satisfying. I'd love to get some feedback on how this feels to you as a player.

Now, instead of having to double-click a target each time you want to swing, you simple double-click once. It then continuously swings/fires automatically while/when in range. An animated arrow appears on top of the targeted NPC.

Ranged weapons have been completely overhauled. In fact they were pretty damn broken in the previous version.

Ranged weapons now have a load/powerup time before they can be fired. They are then fired automatically when in range of the target. The shot is cancelled if the player moves. I've added a bow pullback animation.

This still has to be tweaked. I need to get the balance right to ensure ranged weapons are not too over powered, while ensuring they are not inferior to melee weapons, and thus never used by the player... Right now I think they lean towards the latter, and I'd love to get your feedback on how they should be handled.

I've setup an island for testing the combat system and other aspects of the game. It's a microcosm of the full game. You can still get to Penthos by going through the teleporter. Buy weapons and armour from the blacksmith.

I've updated the sidebar to make it easier to know where to place items. 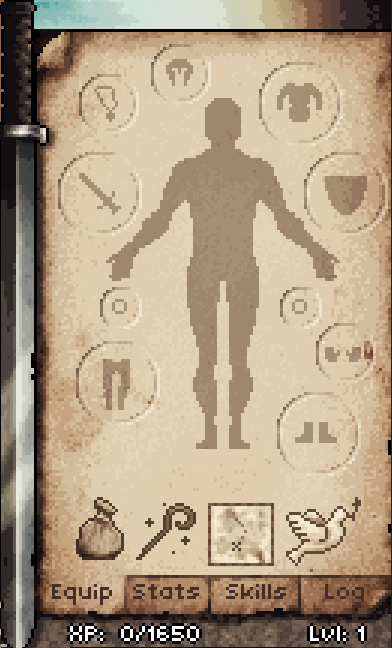 I'm making this demo available to everyone as I need lots of feedback.

Please send feedback in whatever way you find easiest. You can find all of my contact info and social media links on the official website www.codeofthesavage.com or just comment here.

Bugs that I know about

Thanks everyone! enjoy the demo

I love the style!