Code of the Savage

Code of the Savage is a tale of vengeance and survival. After escaping a slave ship, you have found yourself in chains and washed ashore on the island Kingdom of Daneth. You must find your way in a brutal and unforgiving world where nothing is black and white.

Deep and disturbing quandaries underpin the driving force of the game.

Code of the Savage is a no-holds-barred classic western style RPG. Inspired by the greats from the 80-90’s with a modern flair. There is a strong emphasis on player freedom through social and moral interactions… Will you choose to fire bomb the brothel, the church… Or both? Will you do it for money, glory or just because?

I think a problem with many of today's RPGs is that they expect you to know and care about their lore and backstory before you even take your first steps. In Code of the Savage, you and the main character are totally new to Daneth. So I don't want you to know the lore and backstory straight away. I want you to discover these things on your own terms as you play the game and interact with its inhabitants.

I wanted to create a role playing game that brought me back to my gamer days as a child on the C64 and MS-DOS PC. There is just something lacking in today's RPG's that I miss. Tired of micro-transactions, and randomly generated worlds; I am creating a world that is hand crafted with purpose. Essentially, I am creating the game that I want to play.

I believe one of the most important aspects of an RPG is the characters you meet in the game. I have therefore placed a great emphasis on NPC interaction. Each NPC in Code of The Savage has their own story, their own character portrait and a daily schedule. They will, go about their daily lives, going to work, eating and sleeping.

Level up your character and adventure forth to discover the treasures, history, and people of Daneth.

The intro sequence has now been added to the game showing how the player ends up on Daneth under tragic circumstances. It is very much open to suggestion and definitively subject to change.

I'm very interested in getting your feedback - positive or negative. 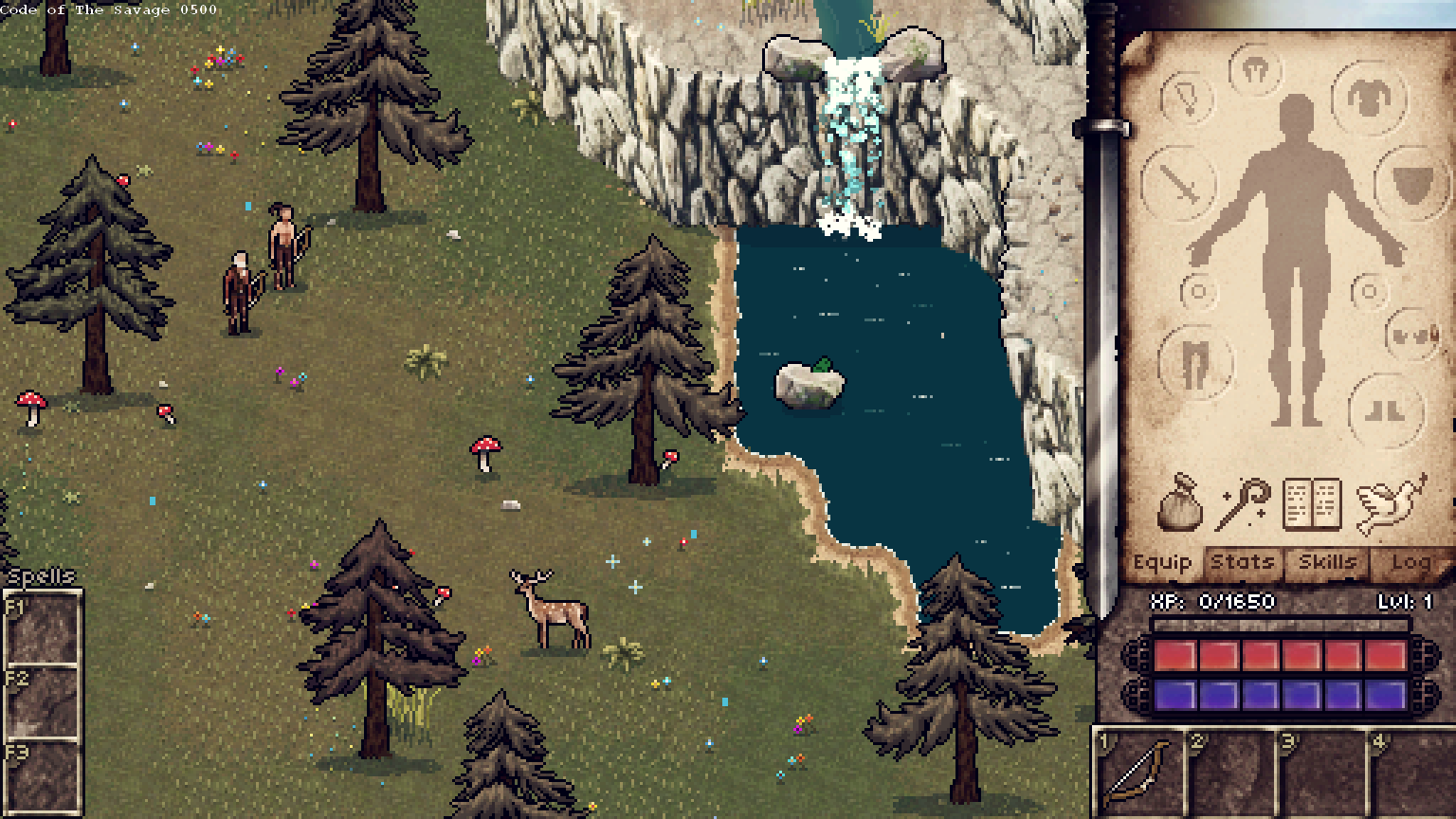 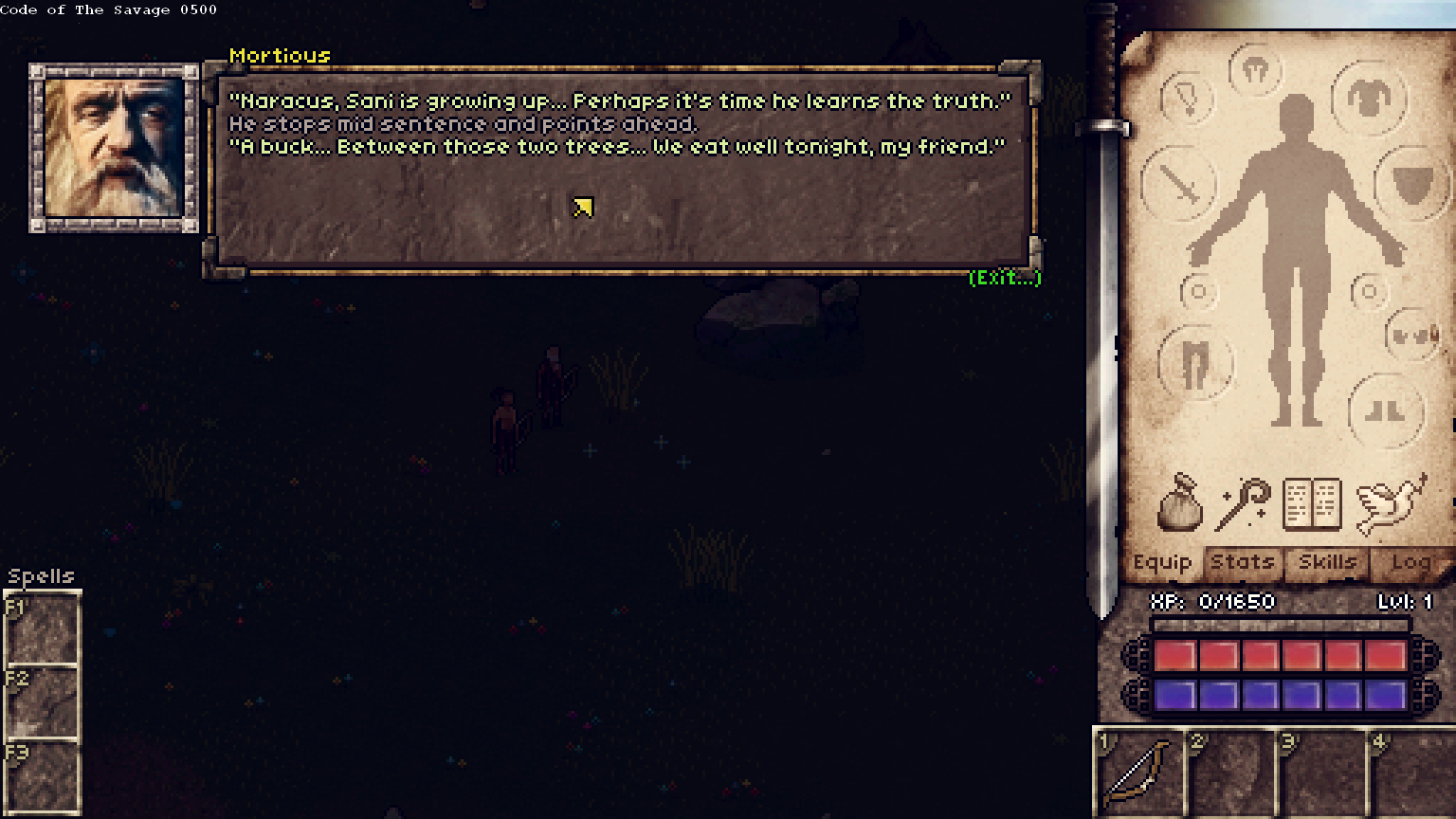 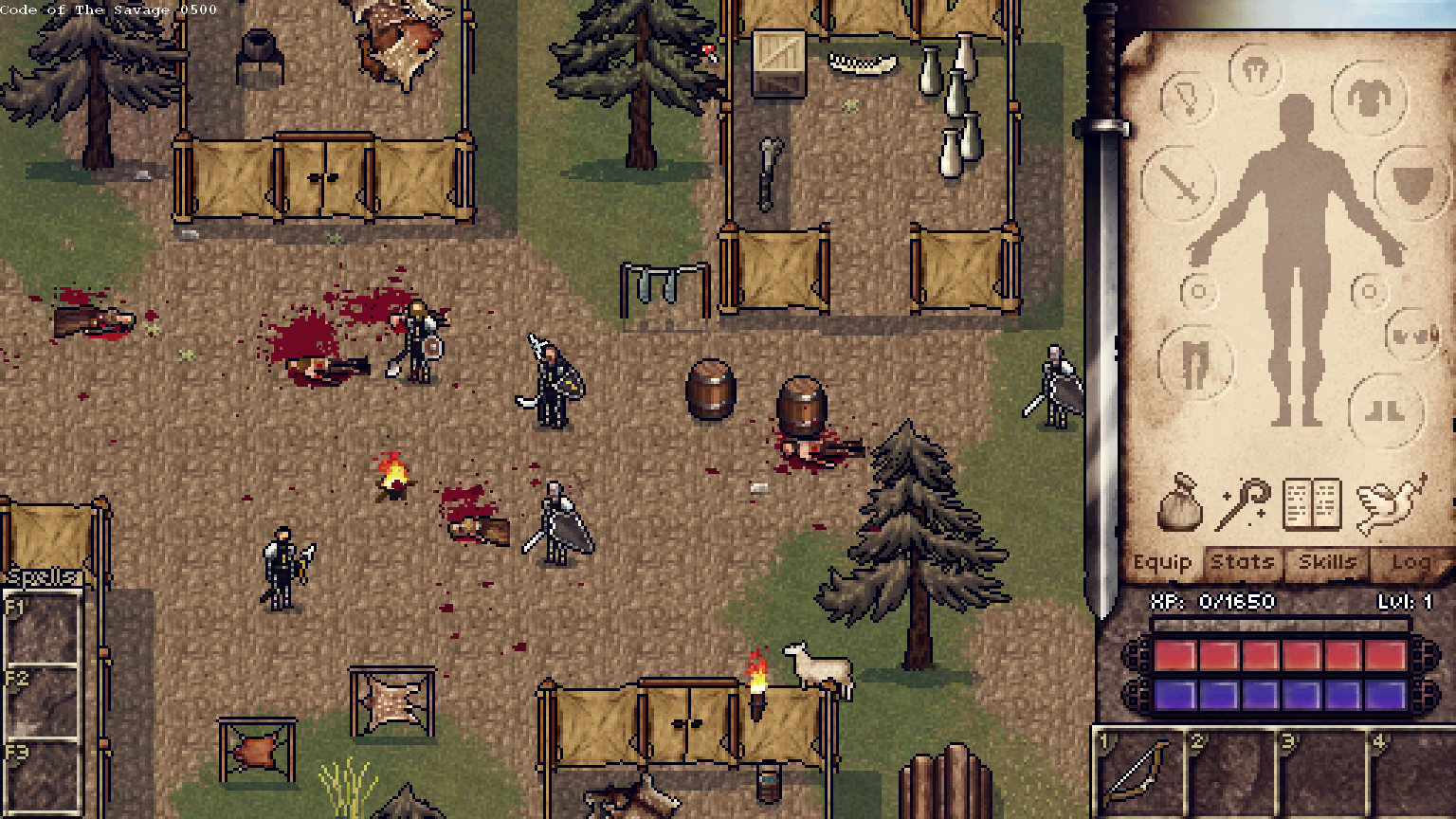 Many new NPCs have been added, as well as monsters and animals.

I set myself a goal of creating at least 100 of these NPC portraits for the game... The first one was created 5 years ago, and here we are 100 NPC portraits...

World interactivity and it wouldn't be Ultima-inspried if you couldn't bake bread... thus baking bread has been added to the game. Demo 0.472 is also...

A major update for Code of the Savage. Cutscenes have been implemented, and a new demo is available for download now.

It's awesome. Keep it up!

I am in the middle of reworking the movement, So expect a new video in a week or so :)

Indie
Twitter
Tags
Embed Buttons
Link to Code of the Savage by selecting a button and using the embed code provided more...