Development process of one of our character models.


May I introduce you: our deer! Although it has only a secondary role, it will appear multiple times in different parts of the game... and also in different "conditions".

The pictures below show different stages of my modeling process. At the moment I'm working on the skinning. In the first level it won't need some great keyframed animations, but I need the bones and a correct weighting for PhAT -the Physics Asset Tool of Unreal. With this tool you can create some nice ragdoll animations for... like... for example when something is hit by a car. But I don't want to spoiler too much :) 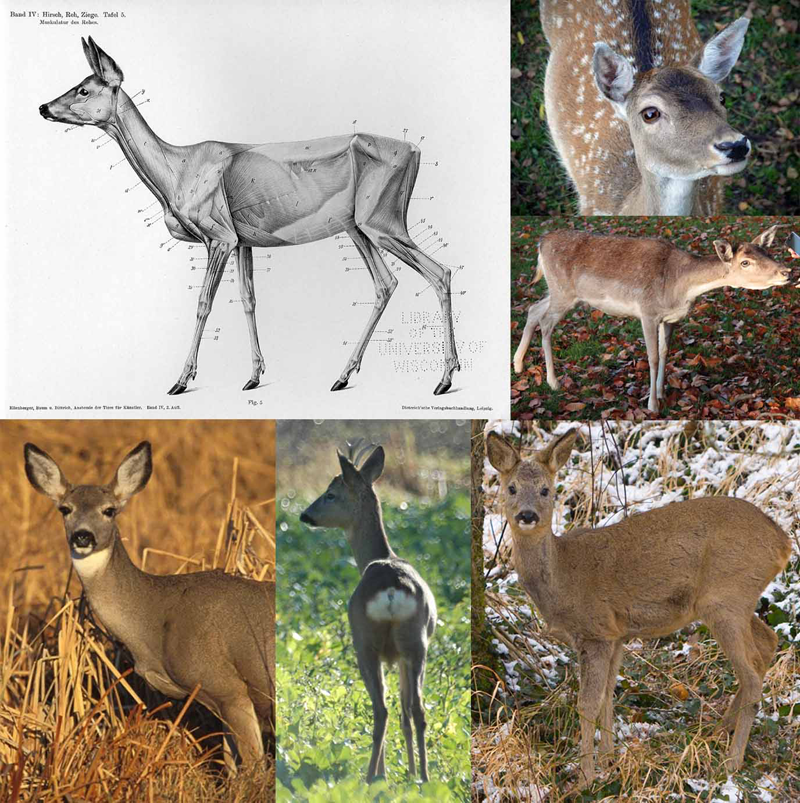 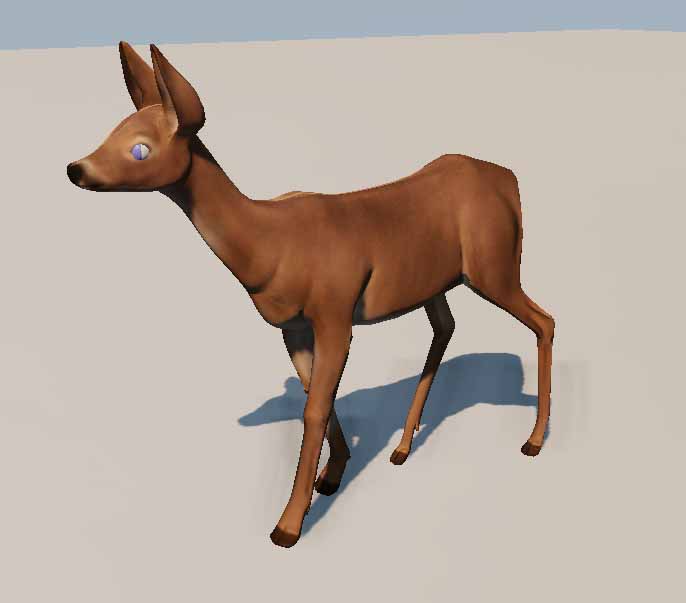 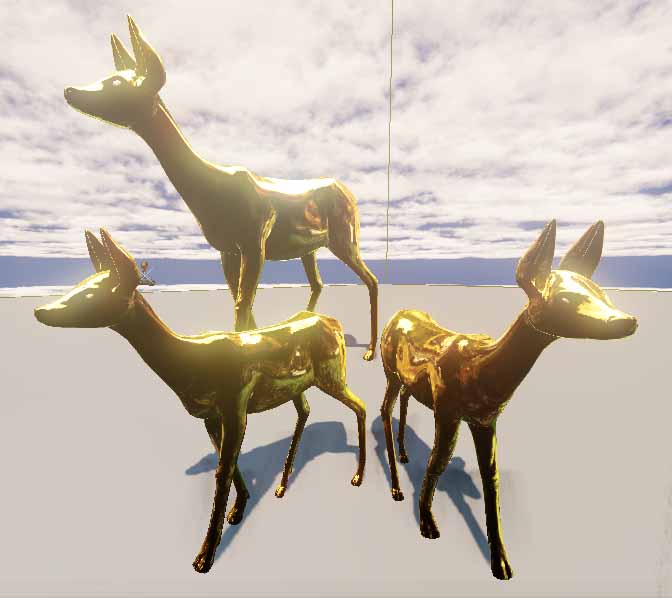 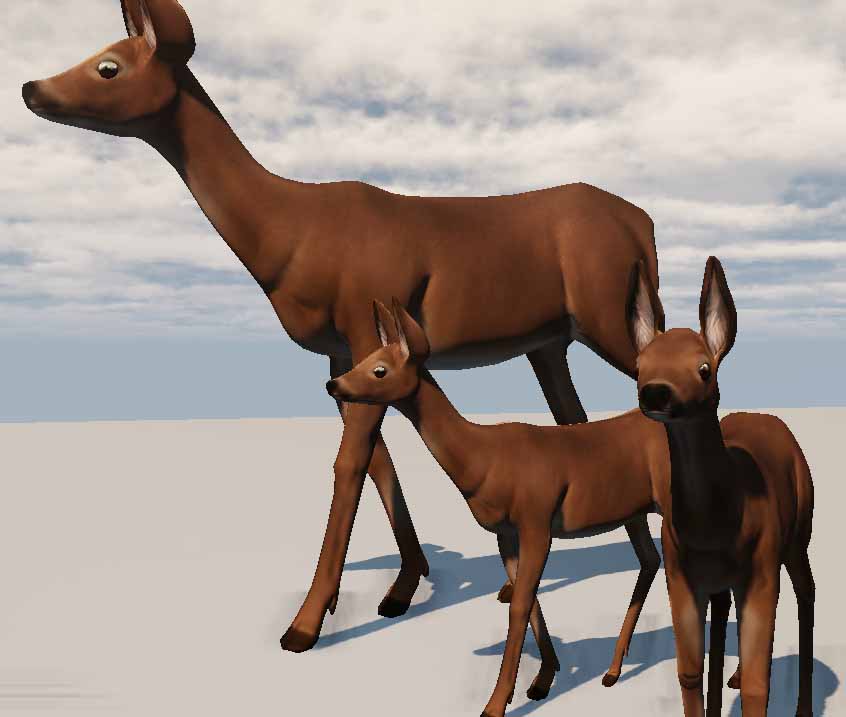 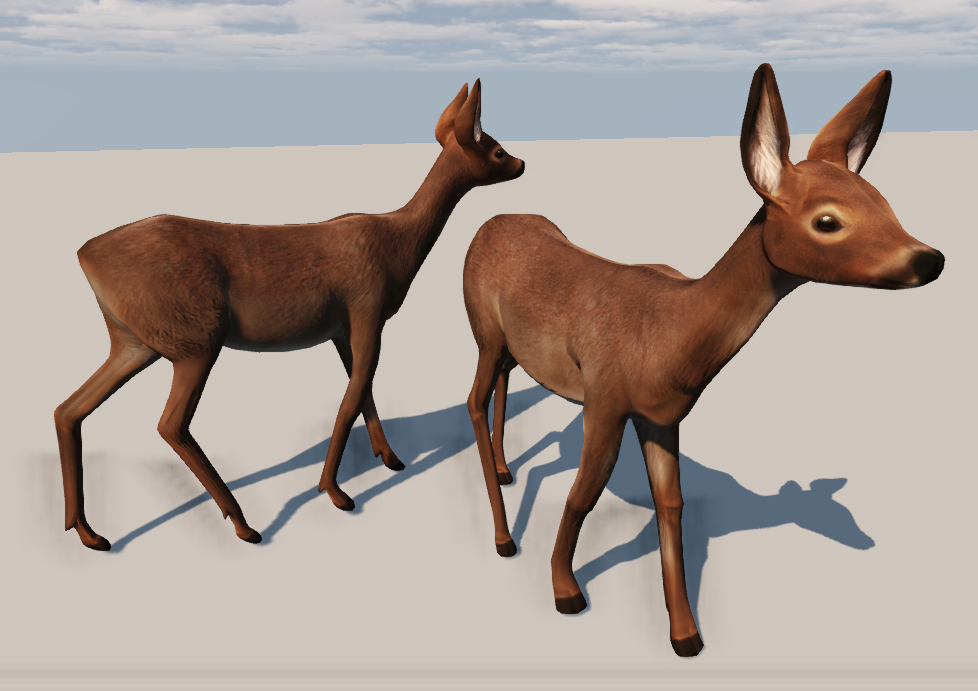 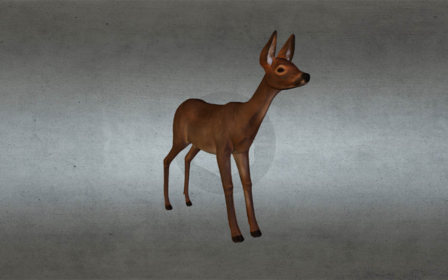 nice model! keep it up!