Greetings beloved community, we welcome you today to an early December News at the months beginning, posing the first part in a row of news we will release during the coming days.

Greetings beloved community, we welcome you today to an early news at the months beginning, posing the first part in a row of news we will release during the coming days.

The release of these news so short after the start of the "Mod of the Year"s second stage truly is no coincidence, rather quite the opposite. These news are served as a MOTY-special. Simultaneously this MOTY-special poses the announced "Big thing".

Let'start with a timeline special, allowing those among you who haven't followed our project right from the start to reproduce our development. With this in mind we salvaged the install routines of different "old" versions from the shallows of our data pit to summarize scenes from these to a timeline video which we are proud to present to you right now.

In addition we captured some old versions' screens for you. To make an easier comparison on the differences from then to now we insisted on combining these screens with screens from the latest internal version of "The Pegasus Chronicles", showing pretty much the same as the old versions screen does.

On the left hand you will find the old versions screenshot fading into the "The Pegasus Chronicles" screen. 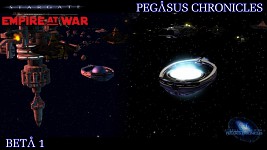 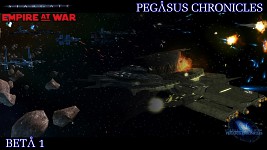 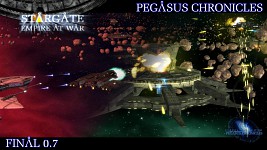 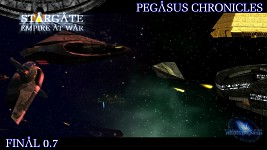 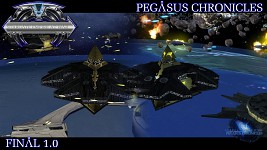 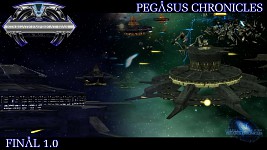 Maybe one or two suddenly felt like reenact this journey from Beta 1 to Final 1.2 by themselves?
Everything you need for this trip you will find in our download section. Also you will see we initially uploaded the Beta 1 for Empire at War the first time with a marginally delay of four years.

With that said the "Timeline-Special" will come to an end, however we still got something new for you.

Today we want to present the "Satellite Build Pad" to you, which you may have discovered already on the one or antother screen. 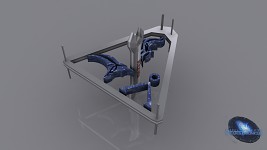 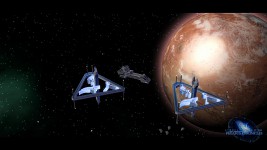 The buildpad is used to construct satellite-based space structures. During battle some areas are colored in the respective players color. Beyond that the faction symbols are furnished with the Stargate's water shader, thus they are animated! After conquering it is capable of builing Defensive- as well as Offensive-satellites. Faction depending this poses an anti-fighter- and anti-capital-platform as well as an additional special building.

Therewith the December News conclude.
Have a good eye on our moddb site since there may be some news every day. 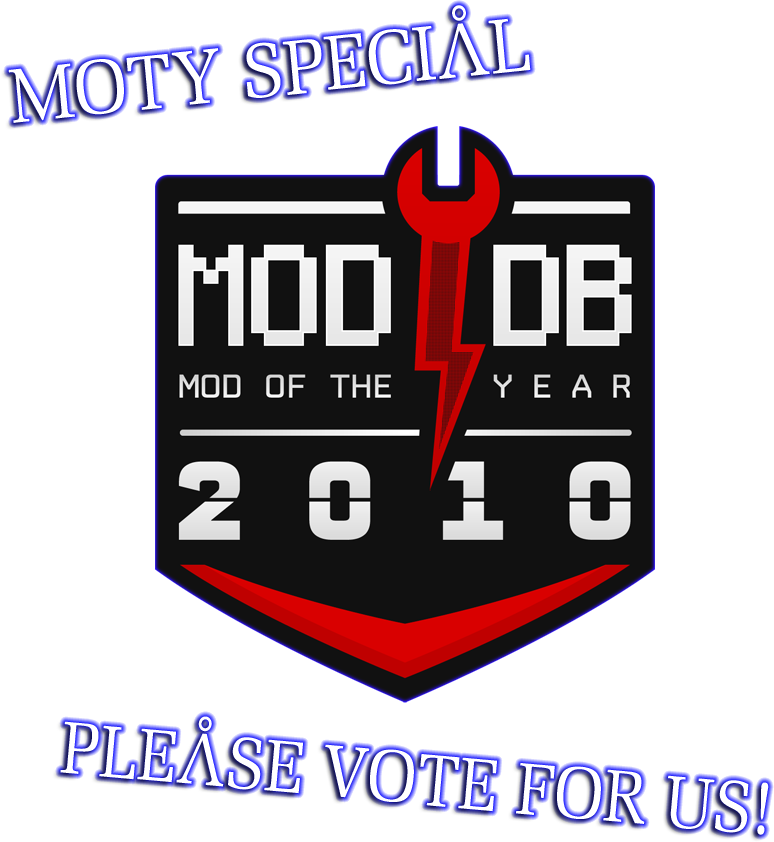 See you next time,
yours SGMG

Nice news update, it was good seeing the history of your progress.
Good luck in the MOTY awards!

I'm wating for ever :D

It is looking good! I have a question, will the Destiny be included in this version? I believe it would make an excellent addition in the heroes.

We won't add the destiny until we know more about the ship and his mission.
Just adding a ship without context is useless.

well then, i guess we will never be able to put it in...

stupid F****** kids who like pretty lights and action, universe was unique with the story... the affects... hell there was a new breed of creativity! and now the show is canceled, well f*** those kids. f*** em all!

nice idea for the space build pad, now i wish i could see it in game and see the animation for it durning building