Post news RSS Death Wish 1.7 for Blood is out now!

Death Wish for Blood v1.7 is available!
Click here to get it now.

It's that time of year! The new episode is still a work in progress and is not included in this version, but in the meantime I thought I'd drop a holiday treat and release the annual upgrades to the existing levels in time for Halloween. This time around I've done some remodeling to the more linear and exhausting maps as well as the usual enhancements. 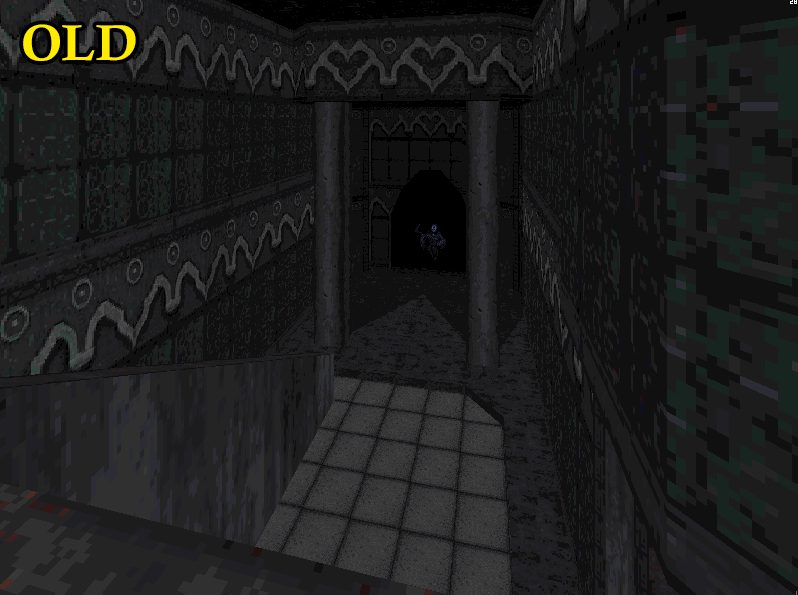 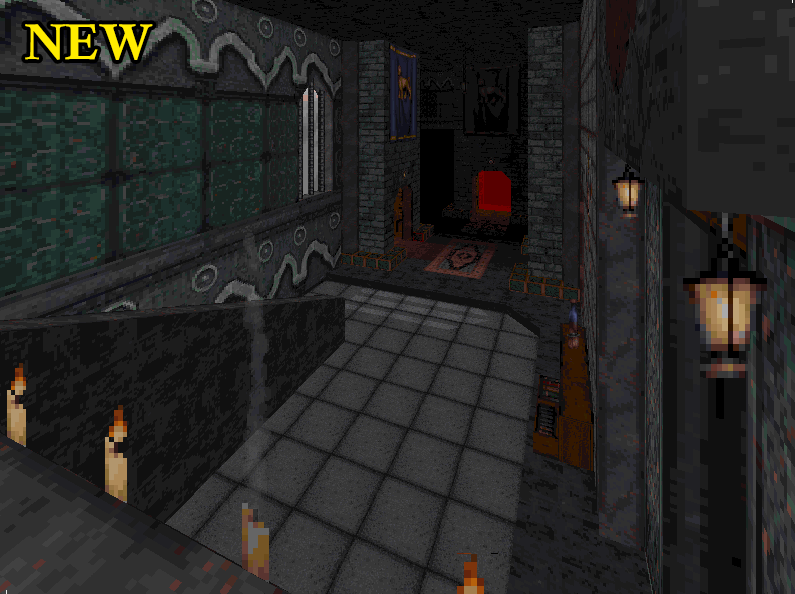 Here's an example from DWe2m8: The Black Tower. Upgrades like this one aren't just visual - the level was rearranged and partly rebuilt for better pacing and objective clarity. Changes like this mean you get to spend more time exploring and engaging in combat and less time wondering what to do next. 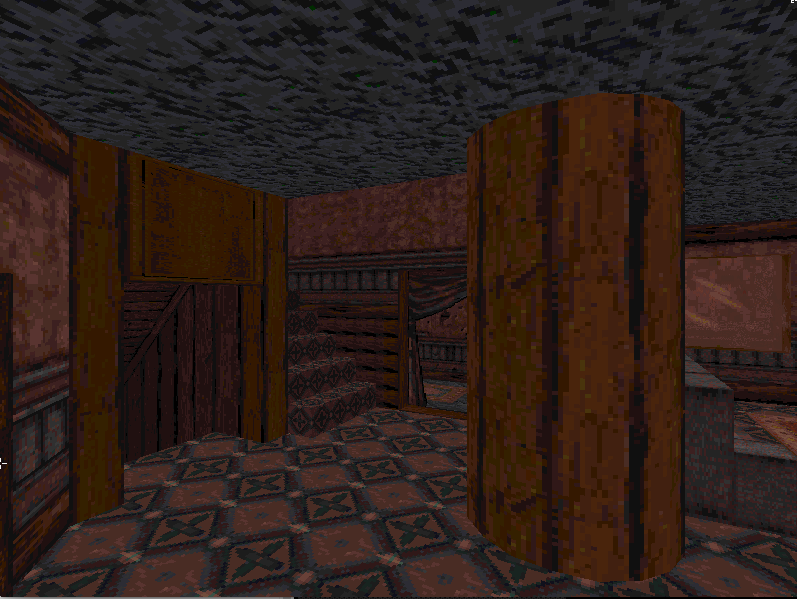 Some of the changes are just for fun. As you can see, your house now has multiple floors and a bathroom. You can even jump through the toilet into the basement - now that's style. 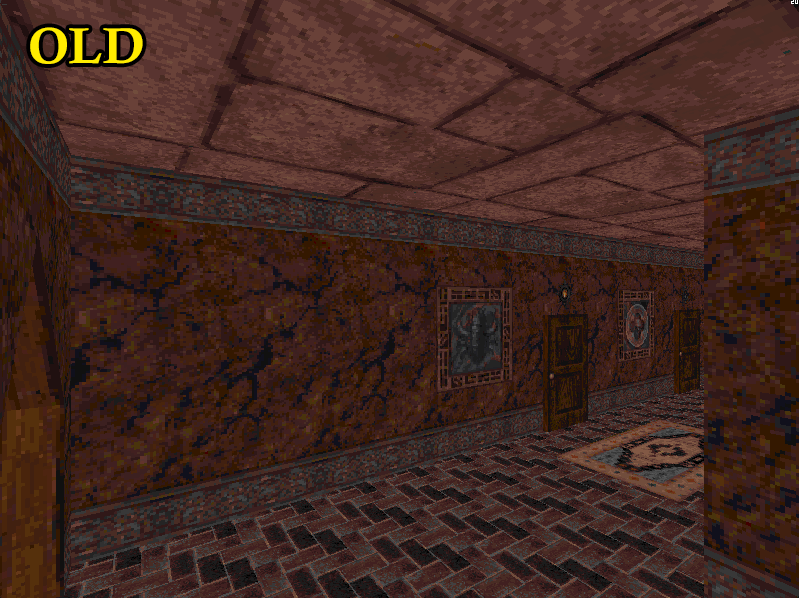 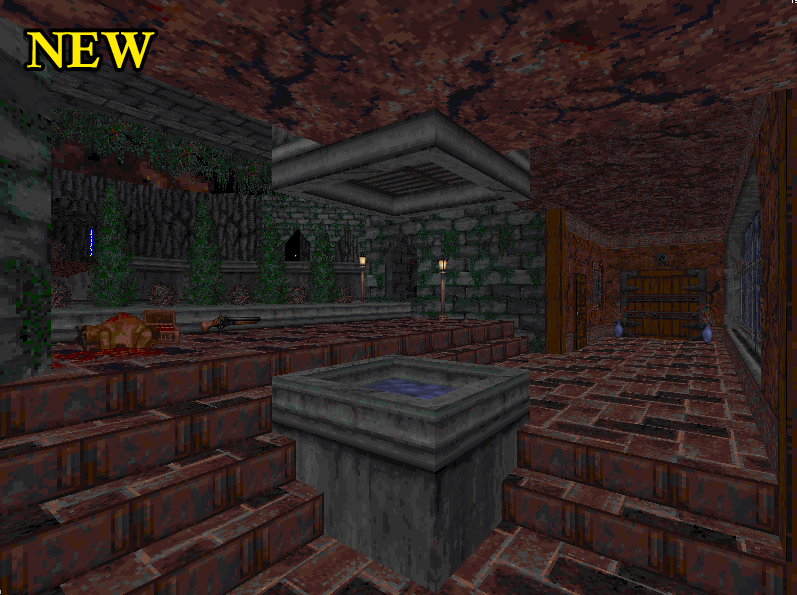 Some maps, like DWe2m7: Paradise Lost, felt like a bit of a chore to complete, especially if you were nearing the end of a full-episode playthrough. With that in mind, I opened up a few of the more rigid levels like in the example above. More locations are immediately available as well as the ability to collect multiple keys in the order of your choosing. 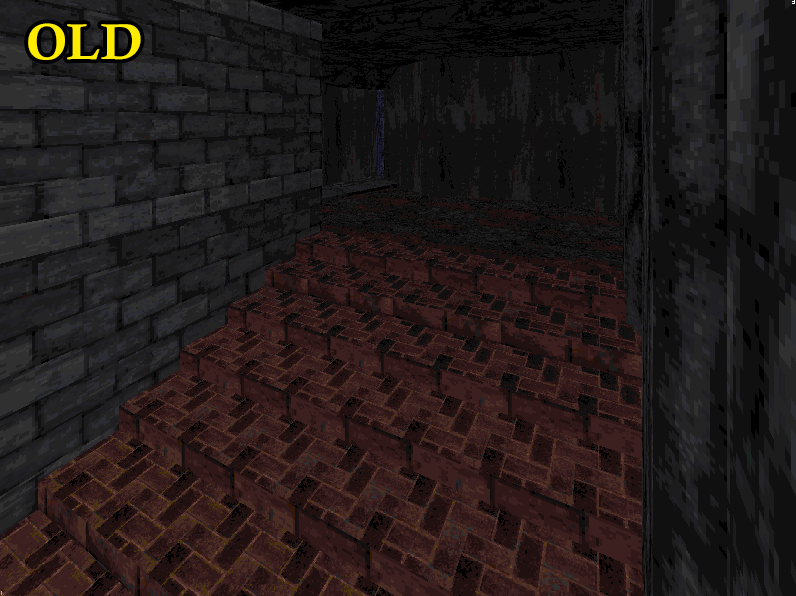 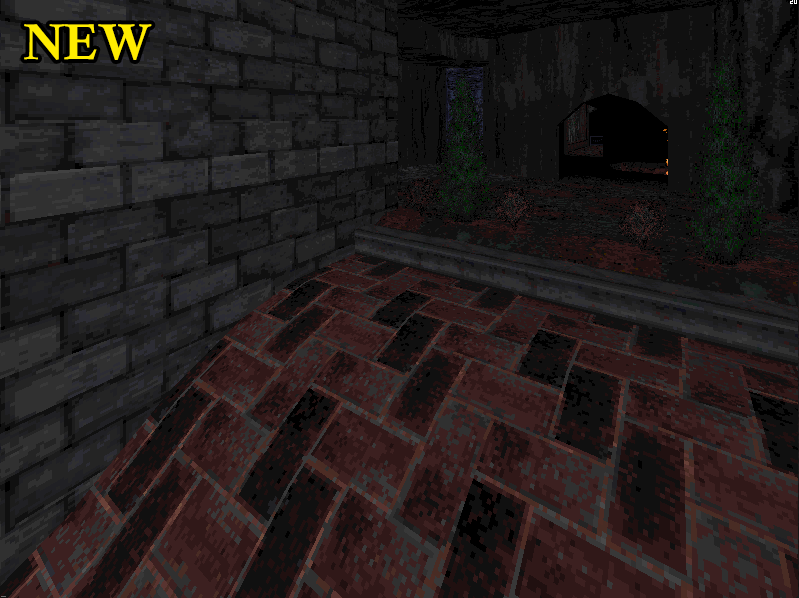 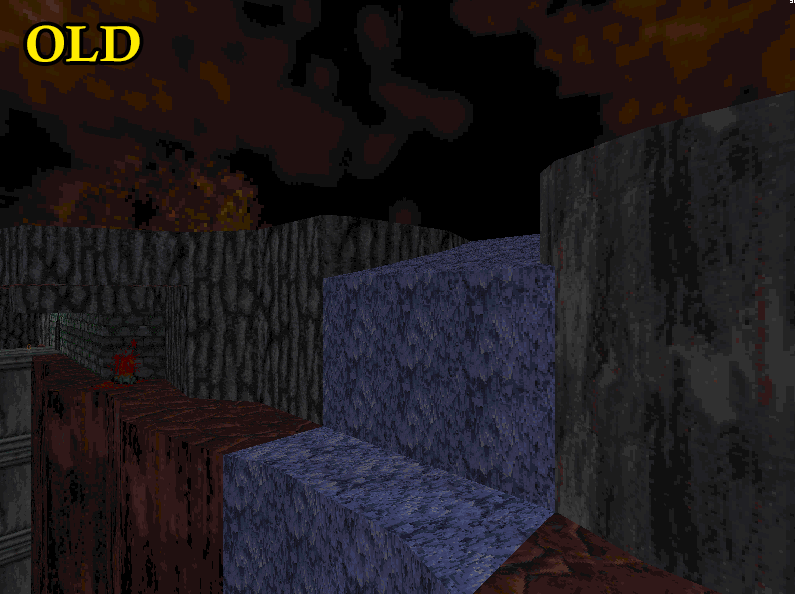 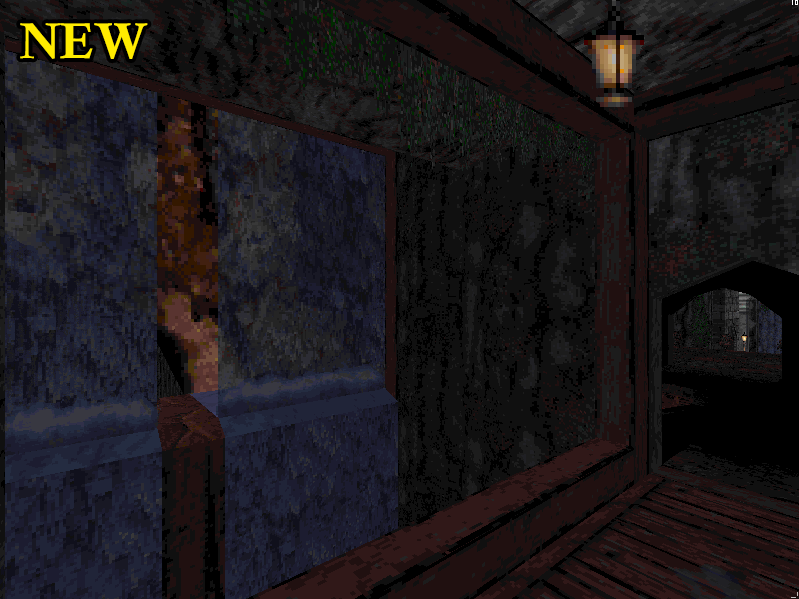 Many areas have been new pathways to explore, allowing you to approach situations in new ways (complete with new secret areas here and there, of course). Even the most linear levels in the set, like DWe1m2: Lost Highway, have received some new path options. 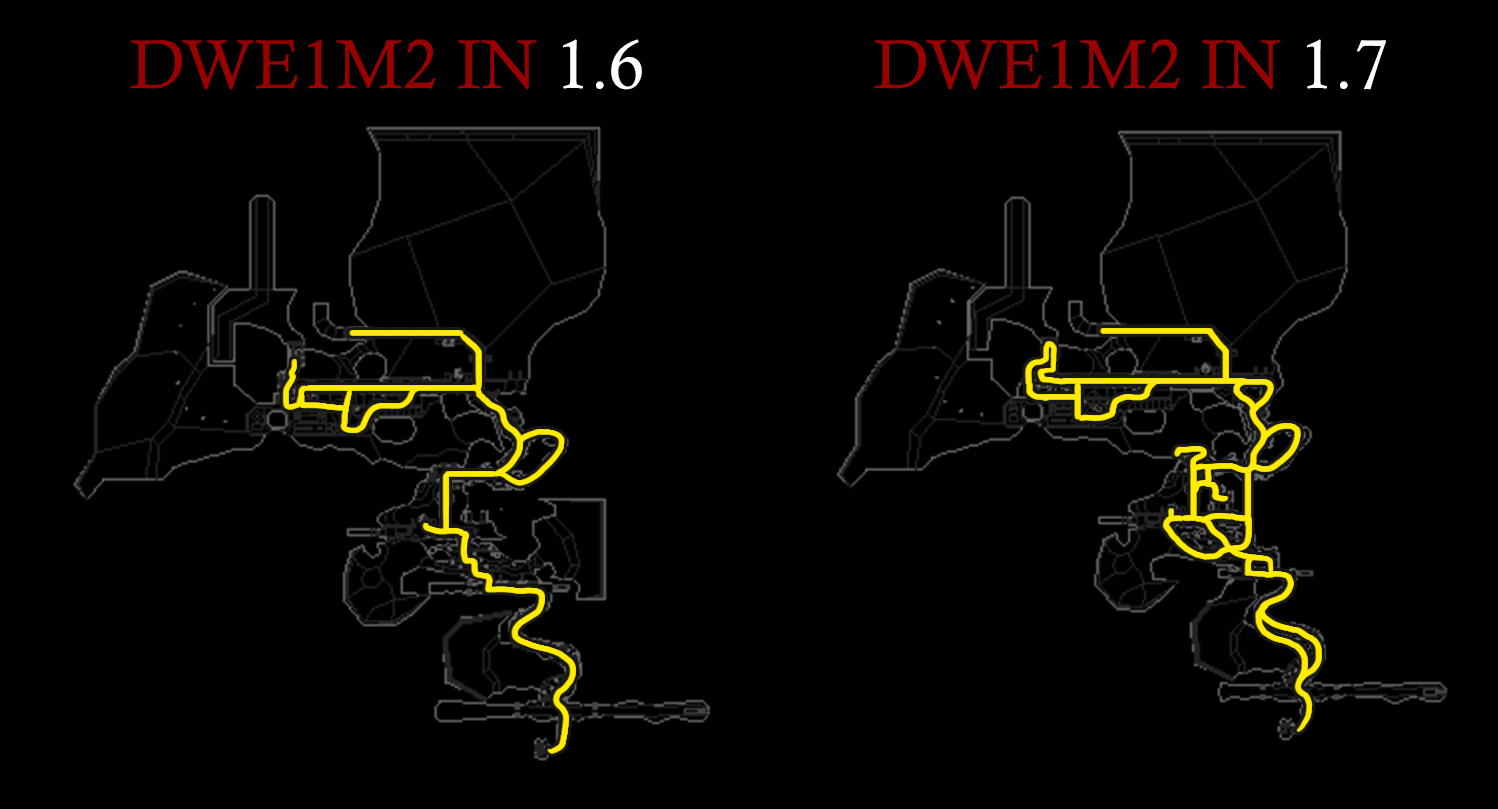 In the example above, you can see that while still linear, you get a lot more path breaks and options along the way. On the other end of the spectrum, some of the wacky levels that have you running all over the place (like DWe3m3: Shadehaven) have been given a little more structure so the player path isn't as confusing. 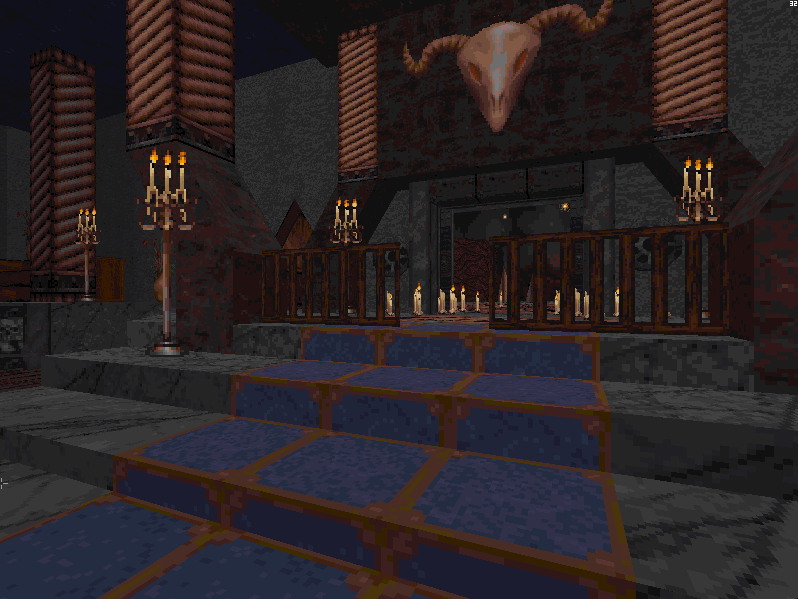 That's all for now. There are a lot of changes I'm not showing here, so you'll have to play and find them yourself! The walkthoughs for the levels have been updated with all the changes and new secrets. I also updated Speedy's Addon Sountrack so the .ini matches the new one for v1.7. The next update will be a look at progress on episode 4. Until then!

Excellent! Definitely a good reason to play Blood for, like, the hundredth time.

I think that death wishes is the best mod ever made for blood!!!!...thanks for the update!!!

I love that this mod is still getting updated 9 years later.

Works well with DosBox version 074-3. Great game! High praise to this game's creator! Once you have the C: prompt in DosBox, you can startup the game by typing dw.bat and the game will start up. After playing the game awhile, if the game suddenly goes out due to memory issues, don't panic. Just type again at the c: prompt dw.bat and the game will startup again. Then wait about 10 seconds before clicking any key to continue so that you're less likely to get a "Missing FM Chip" dialogue.If you get a "missing FM chip" dialogue, just start the process again.

Hi great work ,does this work with fresh suply too ?

Yes. There's a file called README.txt that comes included in the download that explains how to get set up and play in the different ports.

For FS you need to put the Death Wish folder in Blood>Addons, then pick out Death Wish when you play from the main menu by going to Options>Manage_Addons. If you pick out a map from User Maps, the episode will not work properly. You may also need to load Death Wish like this before loading a saved game if you exit Fresh Supply and play again later.

Thank you for all the help ,very nice work :) i installed to classic one for this again too xD

Right after Civvie got to make a video on the mod :D

Can anyone port the Blood to someone f*cking modern engine?

I found some kind of bugs,any scene that requires a Cerberus death aka end of episode 2 or morning glory map are bugged and the scrip won't work
You are stuck at the final of episode 2 and that secret map

What port are you using? I've never seen that error in testing or observing streams.

Fresh Supply GOG version
Strangest thing is this bug happened only after the 31.10.2020 update

Did you install the update then load a saved game from a previous version? That might have done something weird to it.