This week we release three new screenshots from the 'underworld'. We also release the fifth chapter from the background story and we release a cool music track!

The main street of Hovgard seemed just as abandoned as the rest of the town. Roy had a nagging suspicious that something terrible had happened long ago but he couldn’t see anything that gave him the slightest clue as to what. The street before him was fairly bare, a few scattered cars lined the side of the road, rusted and covered in dead and dying leaves that fell from the winter ready trees planted along side it. There were a number of shops and businesses that made up the majority of the winding road, all their names in Swedish and only a hand full that even hinted to their original purpose or service. Above each shop was a second story, Roy assumed they were being used as apartments and homes for residents of the town, as he remembered doing the same when he was a college student.

They made their way down a ways, a gust of wind blowing leaves into the air as it wrapped and warped it’s way around the buildings. They past what Roy thought was once a bar, the patrons long gone for reasons unknown, and stopped only briefly to peek inside an abandoned car. They found nothing inside to give any clue as to what had happened so many years ago, Roy sat down on the hood to collect his thoughts.

“Hmm… I can’t figure out what happened here,” he explained as Adam looked around the street aimlessly, “Maybe a factory or mine shut down causing the town to lose revenue, I’ve seen cases of that before but in those situations someone always stays behind, not wanting to leave their homes. But there’s no one here.” 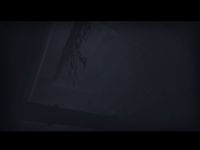 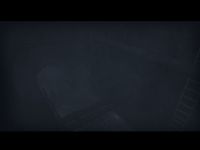 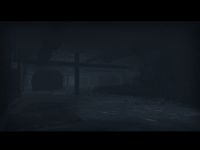 We also have released a new music track made by our very talented music composer: Jesse Harlin, a new member from the Flesh development team!
Head over to the 'video' (bump dump lump lol?) section to check it out!

Modeller:
Must be experienced with Z-brush, 3dsmax, Maya or an equivalent program. Must know how to unwrap models as well as to skin them. Knowing how to compile models is a huge plus but is not required.

Looks great. Can't wait to see some gameplay... If you ever post any! ;)

Love the story so far, guys. I can't wait to see this in action!

again, reads f***** awesome! love the way the story is presented! and good luck with those vacancies... :)

You should stop photoshopping your screens...

you should start to enjoy these screens...

I do enjoy them. Your mod is very good - I'd like to see the REAL screenshots (without any filters on them) though...

"It's a mix of environment light, color correction and sprites. Only the slight grain effect and the bars were added in Photoshop, nothing else. This is actually how it looks in-game."

Just so that there is no future misunderstandings about this: These shots are not altered in photoshop in any other way than we say in advance: We do add the film grain and black bars in Photoshop, simply because we havent got the grain in-game yet.

In all other ways: The screens are unaltered.

Good to see the consistent rate of progress. You're all doing an outstanding job with this project and I for one, am truly looking forward to it.

Best of luck with the recruiting !