We've kicked it into 5th gear with the development and today we show you some in-game gameplay screenshots and a nice little preview of one of our own music scenes.

In June we released our first major update of Dead Before Dawn of which we received a great response from you guys. A month later, we are as ever aware that you Dead Before Dawn fans are eagerly awaiting the release (thank you for being so patient), so we are bringing you up to date on the project and providing you with some content to feast on.Ok so what’s happened since our last community update? We have added a new team member for start. His name is Joe Lemonade and is a very talented model and texture artist who’s experience reaches to even having worked for Bohemia on ARMA2. He will be creating various new props that you will see throughout the campaign. The campaign as usual is being worked on around the clock and as a result, a majority of the maps are now in a state of polishing and finalising. So things are progressing nicely:

Now, were sure you are all thinking ‘When is it going to be released?’. The team don’t have anything set in stone, they dont want to make any promises. Dead Before Dawn is a huge project and isn’t something that can be completed over night. You have to understand we have an opportunity to make this project so much more than your average campaign, and we would be stupid not to grab that opportunity by the horns. However you can have faith in L4DMODS.com to keep you up to date. Now...on to the content that I promised you at the beginning of this article. Not only do we have some shots of the 4th map to show you, which takes place within the mall (this map is almost complete and all that remains is kitting out the remaining shops, as you will see in the screenshots). But we also have some Dead Before Dawn music courtesy of the campaigns composer: CosmicD. We would love to show you more, especially of the mall as thats only a small fraction of the map below, but it would ruin all the surprises. So there you have it. Dead Before Dawn is progressing as smooth as ever, so kick back, relax, and enjoy the new content.

'Beyond Grief' by CosmicD for Dead Before Dawn 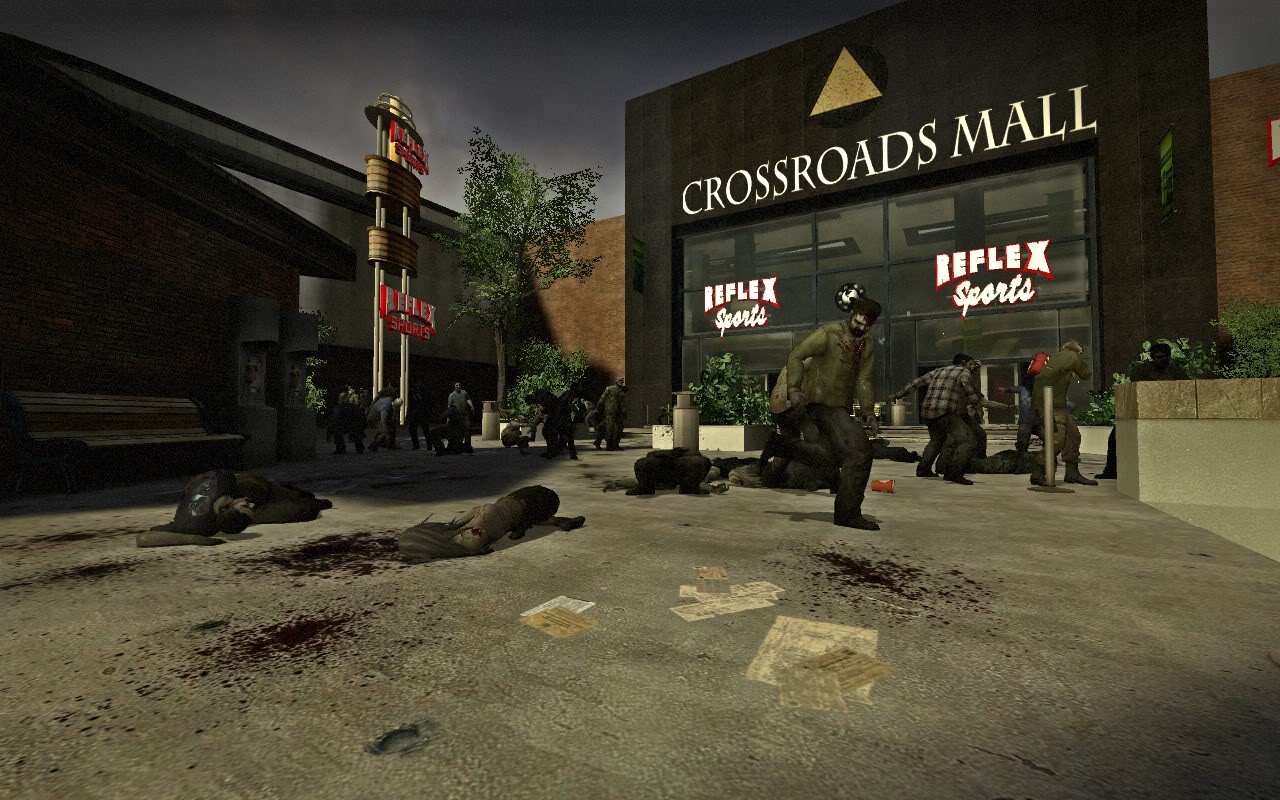 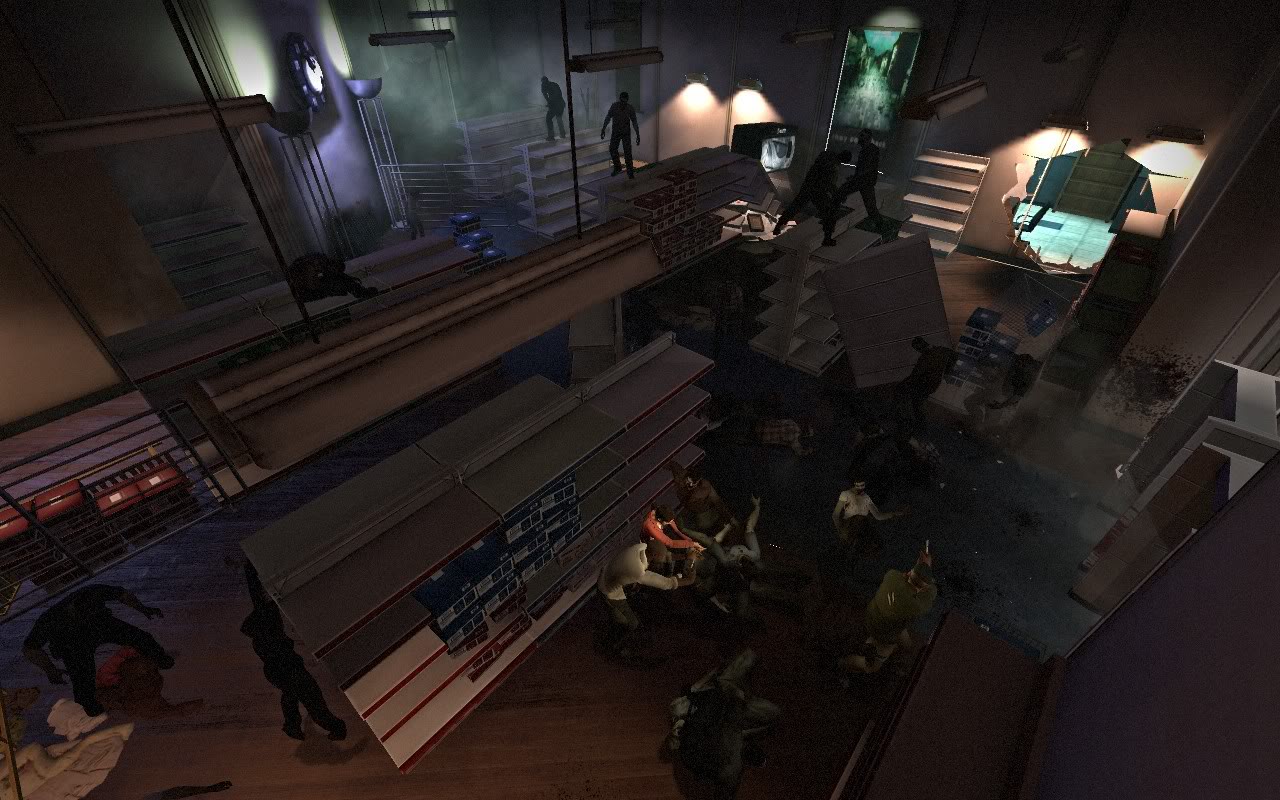 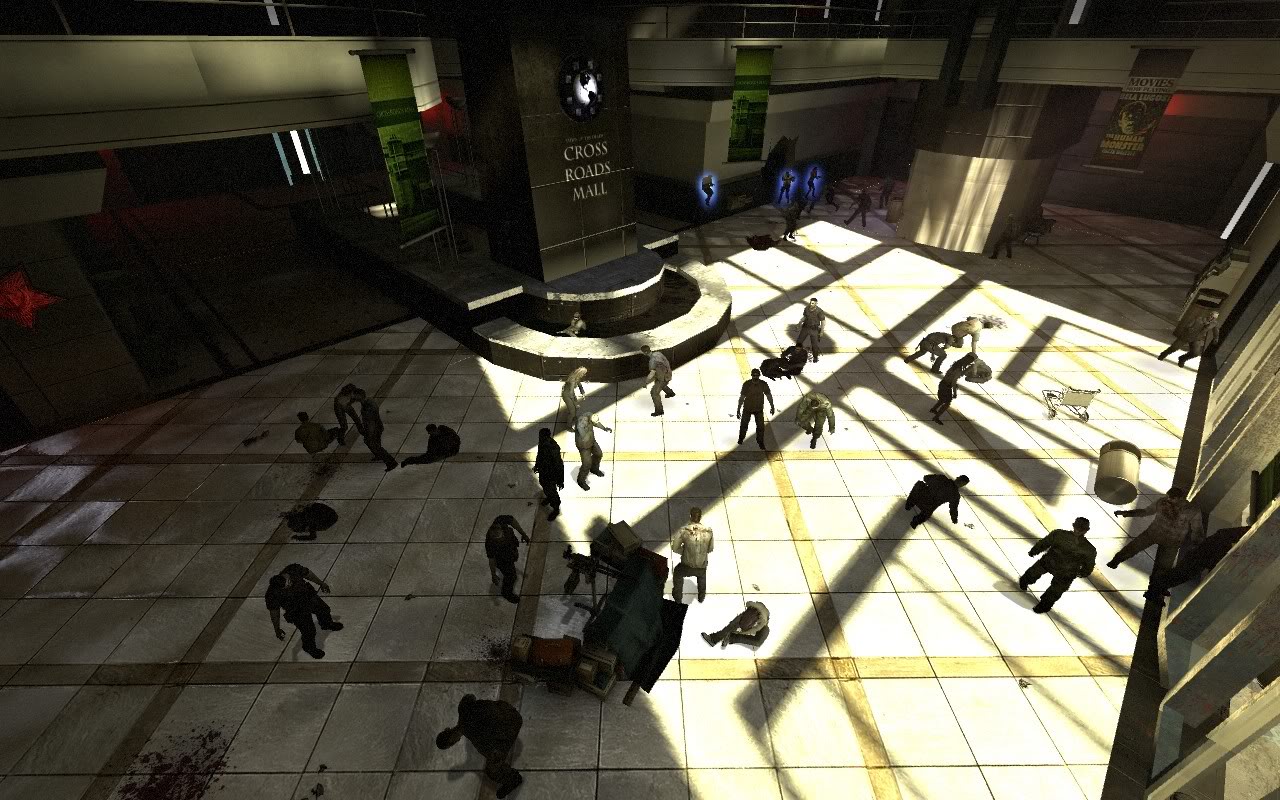 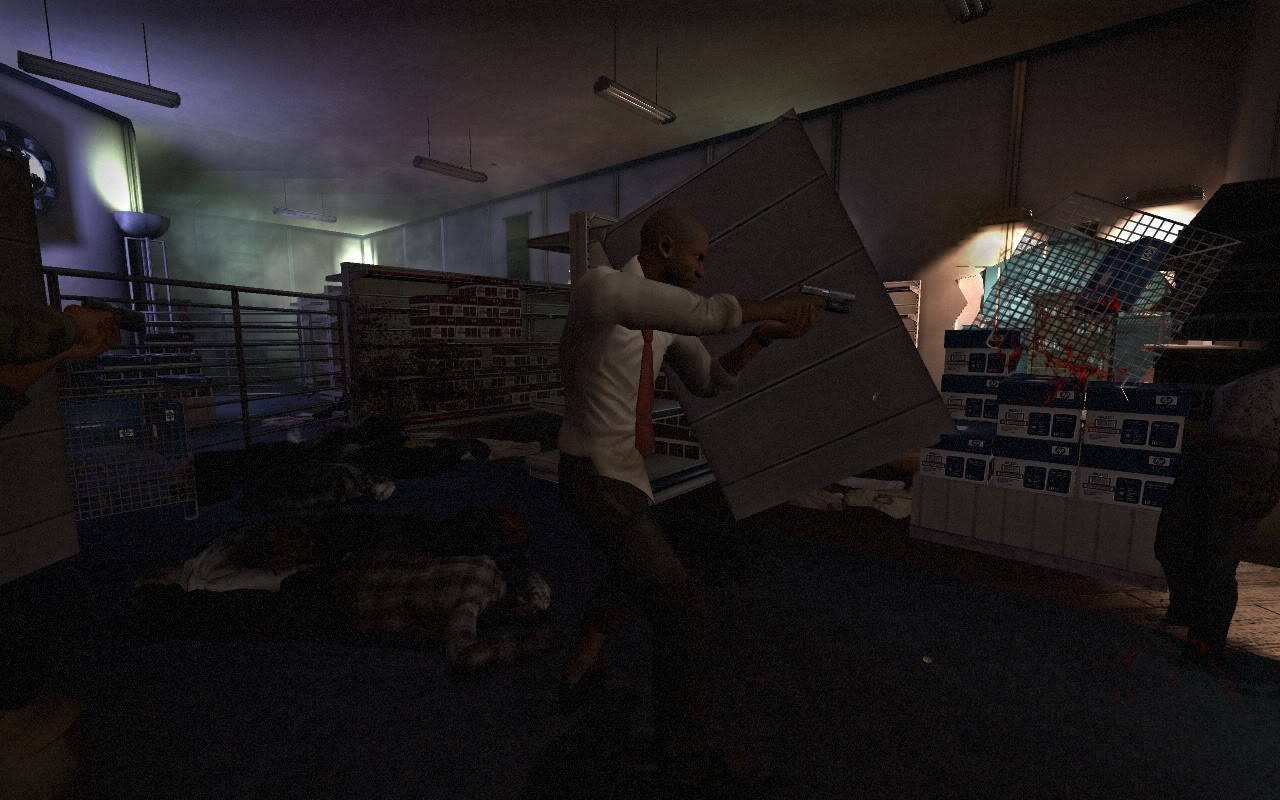 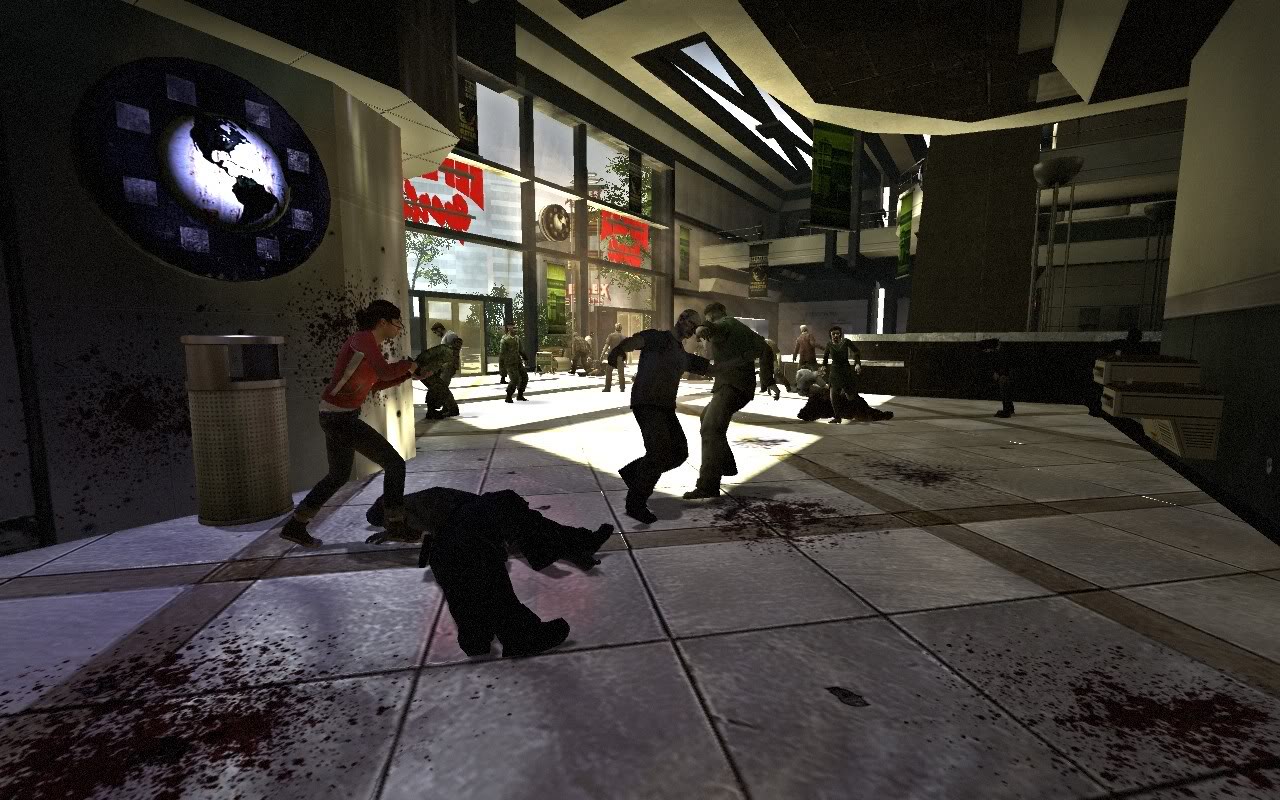 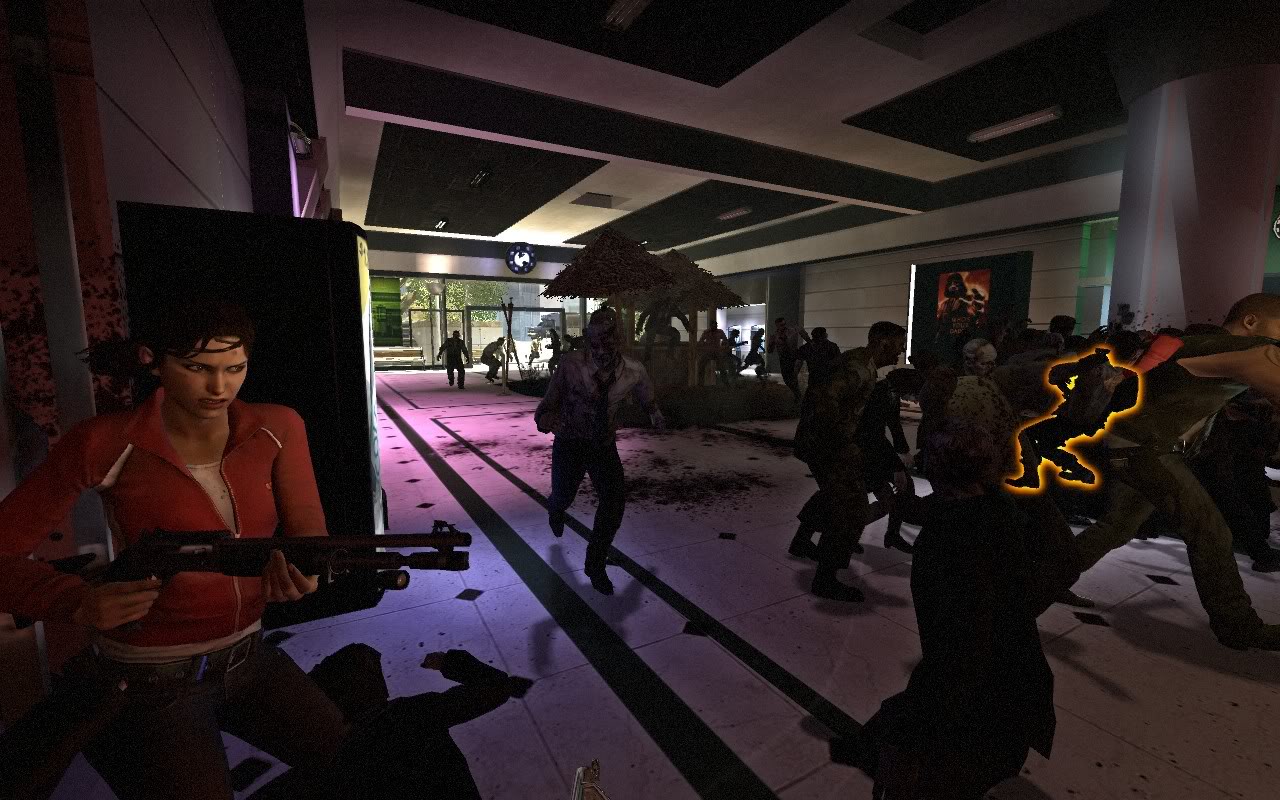 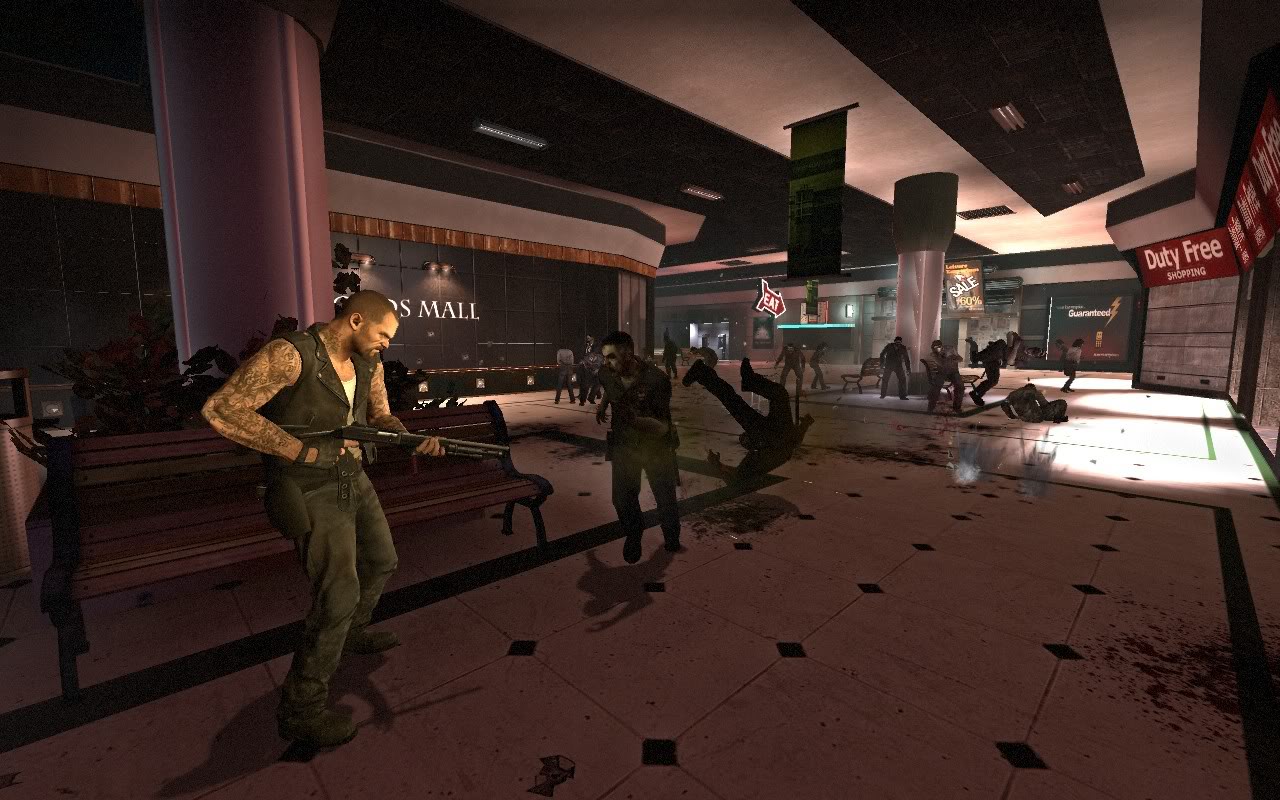 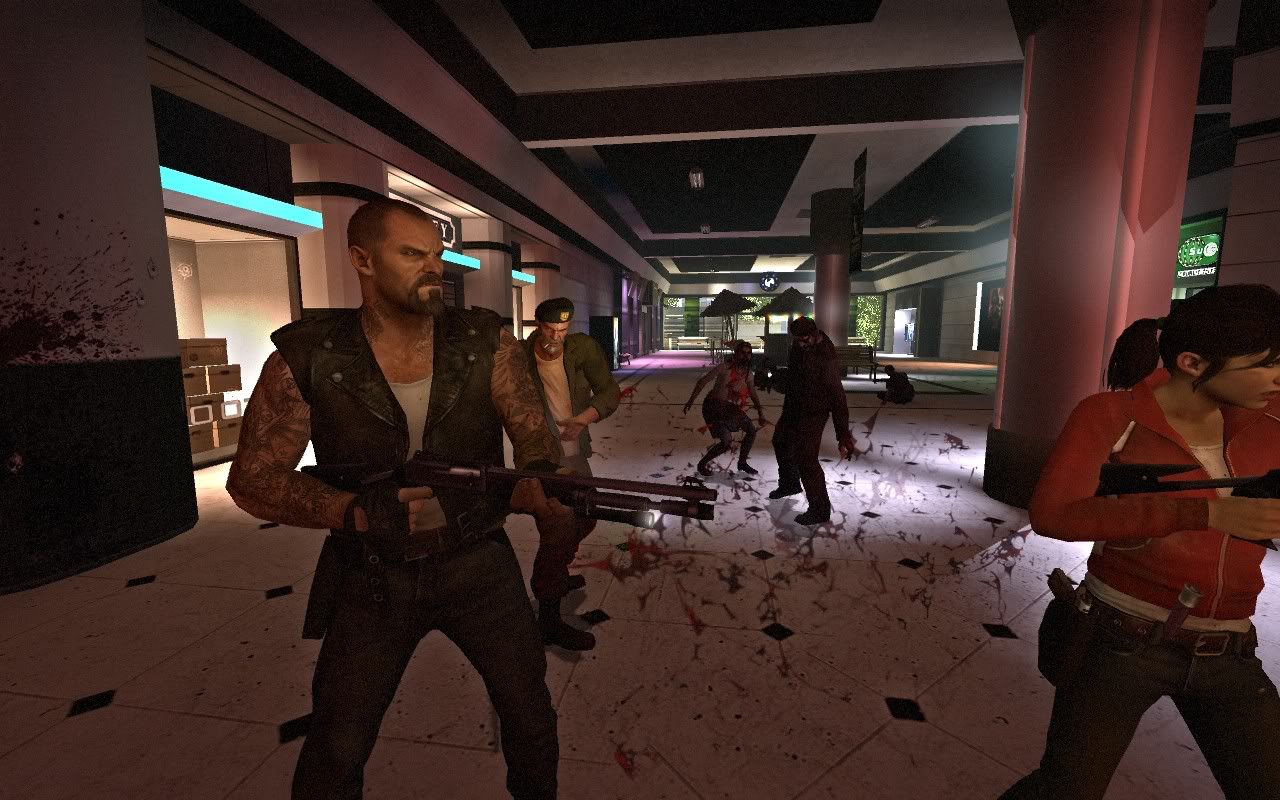 There is no way that you heard this before. This music piece was compiled by CosmicD. It might sound like something you've heard before, but it was definately no taken from any game/movie etc

It does sound a lot like The Black Mesa Theme in the opening, but that's a complement. The rest sounds good.

It has a piano...so? Still sounds completely different.

I have nothing to do with the development of this mod, but I can tell you that the song is original. I can hear the plugins used to compose it.

The song IS good though, and the melody of the piano might be from somewhere.

So have i! I think it has to be from a movie like finding nemo where the girl dies but they didnt play the full song or maybe this is from kindom hearts or something maybe like final fantasy

i never heard that music before! but sounds nice... atmospheric ;)
also nice ingame pics... but what about the size? o.0

size of the pics.. i mean it's ok, if they don't wanna spoil too much but a little bit bigger would have been nice ;)

Oh that! Right click on the image and get the URL of the image. open in a new tab and you will see the images in full. Or, go to www.l4dmods.com and you can see the full images there:

thx, that's what i was looking for ;)

The first opening notes are REALLY familiar but after that it turns into its own thing.

How big is the mall? Are there going to be alot of areas to explore? Or will it be the semi-open 2 paths?

Grindpantera, I'll say this much. The mall is a whole level by itself. And everyone working on the campaign is making a shop in the mall that you can explore. So far we have a DVD shop, called DawnVD, a paintball shop etc. :)

intro to the song is very similar to a lot of music out there but its unique on its own. also the ending is brutal and it sounds like nothing i heard. Nice soundtrack guys! :D

I wish me more Guitar-Riffs, louder and Extremer ;)
Make it in the next Theme and i would love you ;D it sounds nice currently too ^^

Music just gets awesome past about the middle. The screenshots remind me of the last few levels of dead air ^^, but yeh looking very high quality, keep it up.

I have alot of examples of movie music making. I went to the movies for 10 years sometimes twice a week and there's alot of memories to harvest from. It's bound to sound "like something" because I use ideas and atmospheres from many movies at the same time but always with their unique melodies. I could think of christopher young's hellraiser mixed with work from species, and create a new melody in the same atmosphere. Or like someone said somewhere, "it sounds like a nightmare on elmstreet music". That could be it as well, my examples have always been composers who come up with a somewhat strange harmony to enhance an emotion in an unexpected way.

Well sounds like your looking for inspiration in all the right places, however I'm no authority on music.

Well...all I can say is I'm waiting...waiting in anticipation.

This mod is going to ROCK!