We discuss features that are currently being worked on including Day/Night cycles, watchtowers, radios, and vehicles!

We're really excited about some of the features we've been working on over the last few weeks. The best thing is, we think most of these features will be ready for testing in some form in the near future (no promises though!).

All features discussed here are subject to change at any time during development.

We had implemented a day/night cycle earlier in the project and tested it internally. There were a couple of tough technical and design challenges to overcome which is why we haven't included it in the game yet. We're finally trying to bring it back!

One of the challenges was in getting the visuals for the day/night transitions to occur smoothly. In our initial approach, we tried the brute force approach of recomputing all light input parameters every frame. This resulted in very low frame rate. We've now moved to a more sophisticated approach that only requires us to recompute a subset of parameters every frame, while other parameters are computed offline and interpolated at runtime.

It's also been a real challenge for our map creator Matt to integrate this new technique into the existing world. Preserving the current look of the game, including lighting, shadows, and reflections at different times of day all while maintaining the proper white balance for the lighting environment has required a lot of meticulous work.

Here is an animation of day/night cycle in action (WIP).

In terms of design, we had the question of: How should day/night affect gameplay. In our early experiments, we simply relied on the visuals for impacting the gameplay (i.e. since it's darker, it should naturally be harder to see your enemies). However, we quickly realized that this naive approach could be circumvented by turning up the gamma setting on one's monitor. We've seen this happen in a lot of other games and we think it's rather silly for users to be blowing out their visuals just to have a gameplay advantage.

Our current approach is to restrict the visibility of players to a surround radius at night, with the size of the radius dependent on the exact time (radius is the smallest at midnight). Enemy characters will automatically be hidden from the player's sight when they go outside of this radius. With this new system, players will have to approach combat situations differently at night, perhaps preferring more short range weapons like SMGs.

One of our goals from the beginning of the project was to make information a fundamental part of the game. We've always said internally that information should be as key a factor as firepower when it comes to winning a war. Here is a slide from one of our earliest design documents that highlights this point. 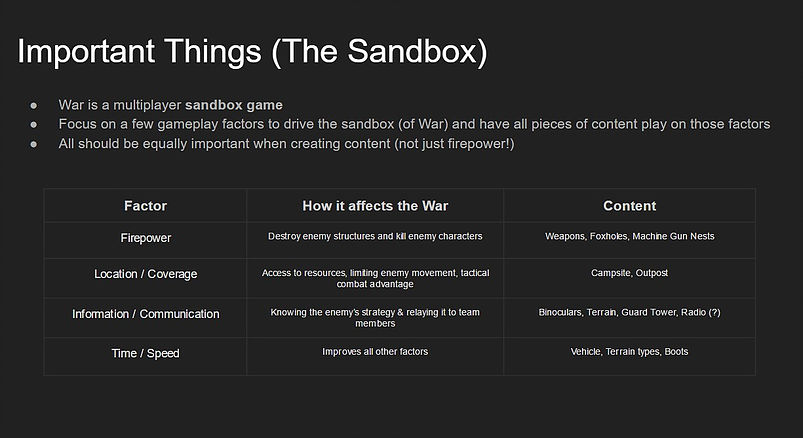 In our current prototype, the majority of tools that we give to the player are focused on firepower or location. In the next couple of weeks, we will be adding some new tools that will focus on information and communication.

This will be a passive defense structure that reports any visible enemy activity (position) within a given radius. Players will be notified on their HUD whenever a enemy is detected and they will be able to see the corresponding position on their minimap. There is one important requirement for taking advantage of Watchtowers. This will be discussed in the next section. 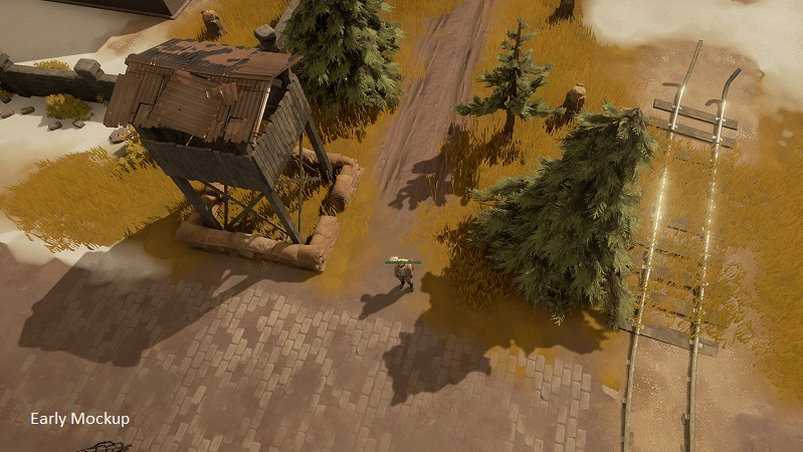 In order to receive reports from Watchtowers, players must build and equip a Radio. Moreover, they must be standing within range of a Radio Tower that in turn must be within range of the Watchtower. In other words, factions will have to build out Radio Tower networks to receive information from sources like Watchtowers (or other structures/vehicles/etc). The caveat is that enemies will be able to disrupt your communications by destroying your Radio Towers.

There is another Radio feature we would like to explore further down the road after the initial implementation is complete. We want to allow players equipped with a Radio to be able to act as mobile Watchtowers. Press a button while holding a Radioand you will relay the positions of all enemies visible to you to the minimaps of allied players. The catch is, you have to be part of the same Radio Tower network as those allies for the positions to be transmitted. When combined with the Binoculars, we hope that this feature will organically bring about a scout-like role in the game.

This has been one of the most anticipated features (both by us and the community) since we released the prototype. We are finally knee deep into working on vehicles for Foxhole. While the feature is still highly work in progress, we have done some initial implementations and tests.

This is the result of one of our failed tests.

Here is a slightly more successful one.

Vehicles will be built at the Vehicle Factory, a new strategic world structure in Foxhole. Here is a work-in-progress screenshot. 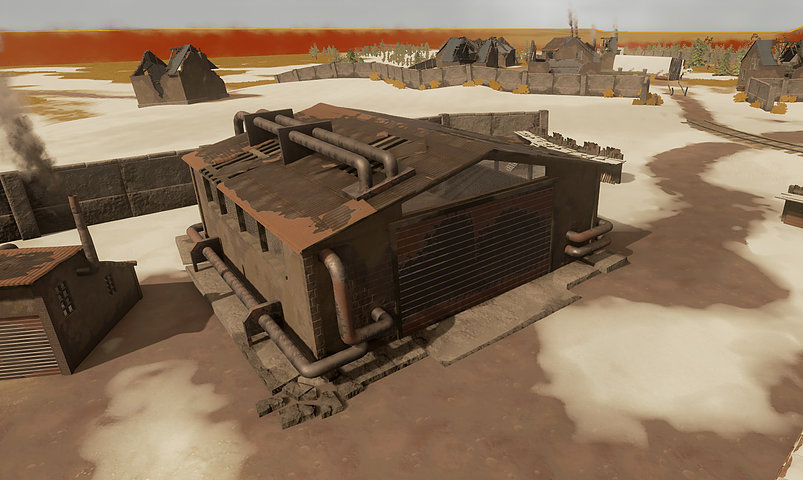 The biggest technical challenge of vehicles is implementing them in a way that is network and computationally efficient on the server. Vehicles are difficult to implement in any game, but how do you make them work well in a game with a hundred players populating the world?

In terms of gameplay, we always knew vehicles would pose many design hurdles. We've been constantly striving to make distance a meaningful factor in the game. This is why we don't allow players to select their spawn points manually (since that would effectively let players "teleport" around the map). If we aren't careful, vehicles could threaten the significance of distance in the game, and trivialize the importance of location as a strategic factor. We're working hard to figure out a good starting point for the role of vehicles in Foxhole. Stay tuned!

this is becoming how c&c renegade should have been.