CA released new patch & DLC so DarthMod had to be updated. 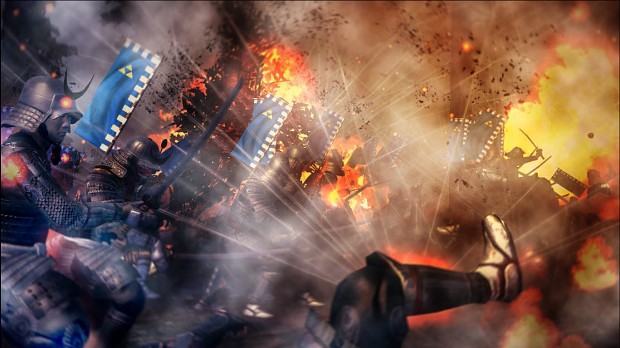 Unless there is not a new CA patch or a critical bug reported,
this will be the last edition of DarthMod: Shogun II.

The SteamWork version is updated automatically and is ready for you to play GET IT!

Many thanks for updating the mod, even though your last version was "last".

New melee/mass settings for even more cinematic and challenging battles.

That does that even mean? You write that in every patch note.

I thought you weren't making mods anymore after that stint on the forums about not being invited to the summit.

He does not, but he keeps updating ones he already made

Creative Assembly was holding a summit meant mainly for those who make tools for the game and Darth got upset that he wasn't invited and said he was never going to mod again for Total war.

See, I remember seeing a comment that Darth said he wouldn't have been able to make it if they did invite him, and a few posts later a CA guy said they would not invite people who wouldn't be able to make it.

*Fixed bug that made battles to crash when Otomo Generals participated.
*Naval parameters adjustments that should repair the last naval battle issues that were reported.
*"Oda-Togugawa Alliance" and "Oda Boost" submods had to be removed because they created problems after the latest CA patch (affects only Launcher version of the mod).

For those using the Launcher: You must uninstall the previous version before you install this! It is full save game compatible.

This new version will be available once ModDB authorises the file.

Version 4.4++ (14/12/2012)
*Many optimizations & fixes for Land and Naval battles according to feedback (Naval bugs, Morale issues, Mass settings, Lethality settings etc.) The mod should be now optimised as most of you requested.

For those using the Launcher: You must uninstall the previous version before you install this! It is full save game compatible.

This new version will be available once ModDB authorises the file.