Darmok and Jalad at tanagra, a look at some more of the neutral ships and a quick FAQ regarding some other aspects of the mod.

In the previous news posting i showed you guys the new neutral frigates that protect the neutral worlds, today im going to show you them a bit more in depth and i will provide a quick FAQ about some things that have been popping up in the comment sections lately.

As you know in sins you have neutral planets, these planets are defended by ships from the TEC faction in vanilla, in this mod as seen in the news article from 2 days ago they will be replaced by the aliens of the week ships.
As of now im gladly able to report that they are almost all in game and fully functional. These ships add a huge sense of immersion to the play experience.

However the federation is not know for its agression, it is know for its bad negotiating skills thats why the federation will get a research mid to late in the game which allows them to make the neutral ships friendly, this will be done by using your long range subspace satellites, these stations are know in stock sins as the propaganda stations that send out your factions culture to other worlds, when a neutral world falls under your influence it will become friendly towards you, with the ships standing down and joining you in defending the planet allow you to colonise it in peace.

This is a huge advantage to the Federation later in the game to counter this the Klingons will have ways to capture ships and the Romulans will be getting a colony ship that can colonise while cloaked. 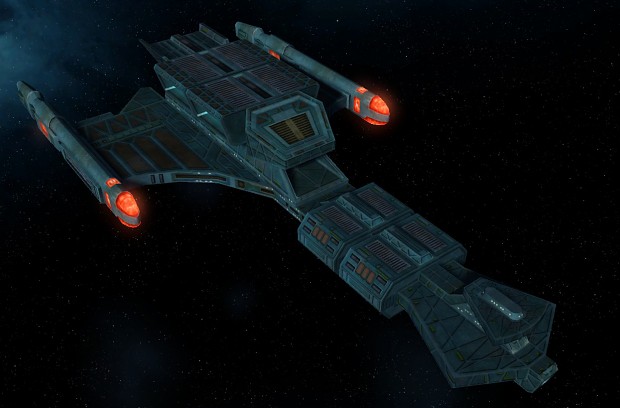 Back to the neutral planets, a few things are going to change as to how they work, for one in this mod the default pirates are borg...and they're tough. And as you know things like asteroid belts and gas giants were protected by pirates, in armada 3 however they'll be protected by someone else, who else to protect a gas giant filled with precious gasses or an asteroid belt with the chance of untold riches then the race that wants to take it all and sell it to the highest bidder....the Ferengi.... 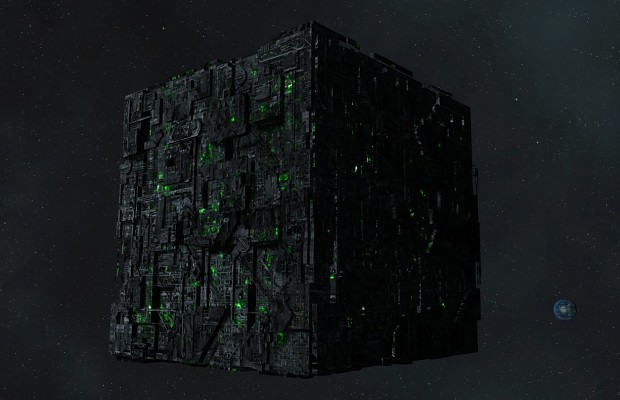 Now for a quick FAQ,


Q: Will you put this STO ship in the mod?
A: No i wont be using any designs from sto, the mod takes place during and shortly after the dominion war and STO takes places allot of years laters.

Q: Will ship X have ability Y?
A: Ship abilities aren't locked down yet so if it is a good suggestion they might get it, however i do try to give the armada ships most of the armada abilities

Q: Will you be adding the Narada or other ships from the new movie?
A: No...i wont add any ships from that movie

Q: Will you add faction X first?
A: I will add the factions in the order i have mentioned earlier:
Federation - Klingon - Romulan - Borg - Cardassian/Dominion

Q: How many people are working on this mod?
A: Just me :)

Q: When will you release it?
A: When its done, however its safe to say that there will be an Alpha release very soon

I want that Borg Cube so much... Temba, His arms wide! I can't wait till it's finished.

Chakka, when the walls fell

can we play as the borg?

I just saw that episode on friday! Took me a few times seeing it to understand the phrases. And what's STO, Star Trek O......? Wait Online?

What if its not unique to STO, just not from the main TV canon? Because there's this ship class, the Vesta Class. First commissioned 2380 (5 years after the dominion war). It's originally from the Destiny series of books with Ezri Dax as captain.

Of course no pressure to implement :) just pitching an idea

Different story, as of right now the federation ship list is locked, however the vesta is on my mind ;)

okay. Thanks for considering :)

wouldn't the orians work better for the pirate role? just putting that idea out there?