The DaggerXL has turned 1, as of June 25, 2010. In this article I talk about some of the early development and give a quick summary of some of the work from the year.

Friday, June 25 marks the first anniversary of the DaggerXL project. While I didn't have time to setup an event ahead of time, there will be a new Anniversary contest announced tomorrow and an IRC Q&A on Monday to commemorate the occasion.

Looking back, DaggerXL has come a long way from it's humble beginnings and has a long way to go still...

So let's take a quick look back:

First screenshots ever shown of DaggerXL, taken on June 25, 2009: 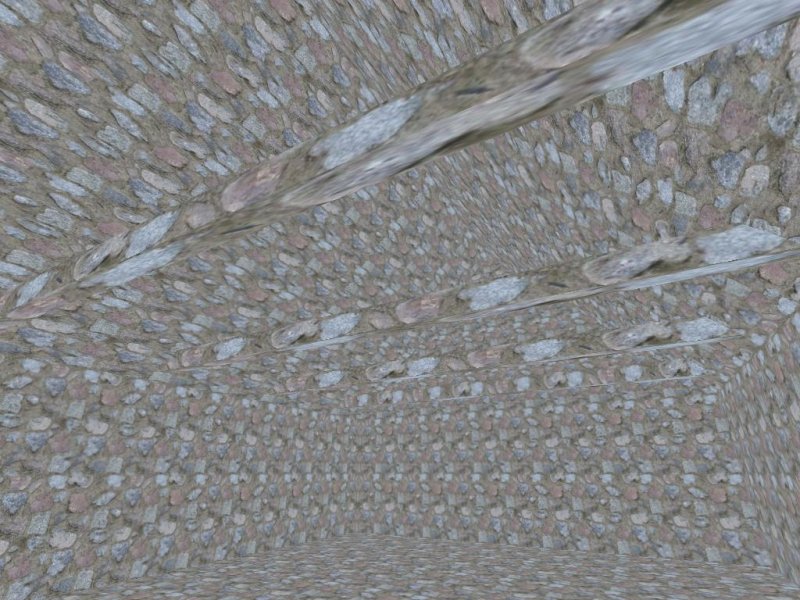 The shot below is a cave piece. 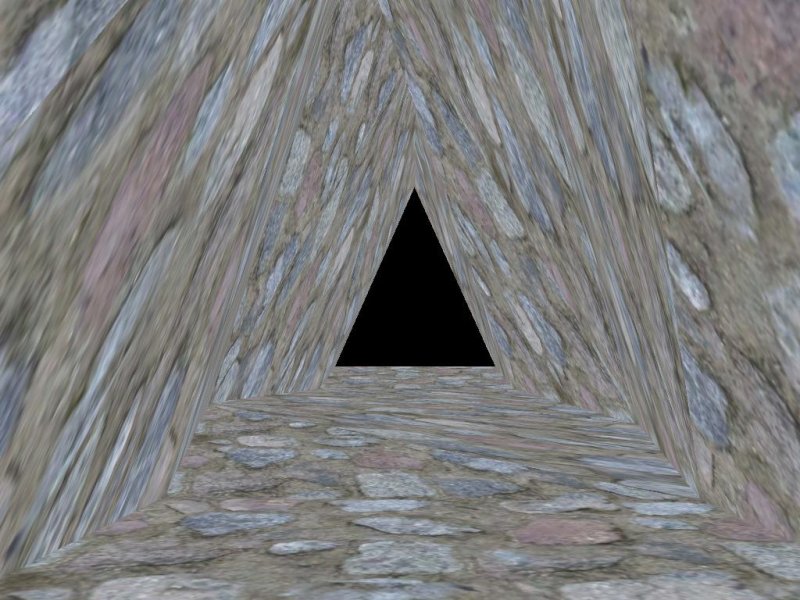 Soon afterward, Daggerfall textures start getting loaded - they are not region corrected, the shading is wrong and the FOV is way off - but it's a start: 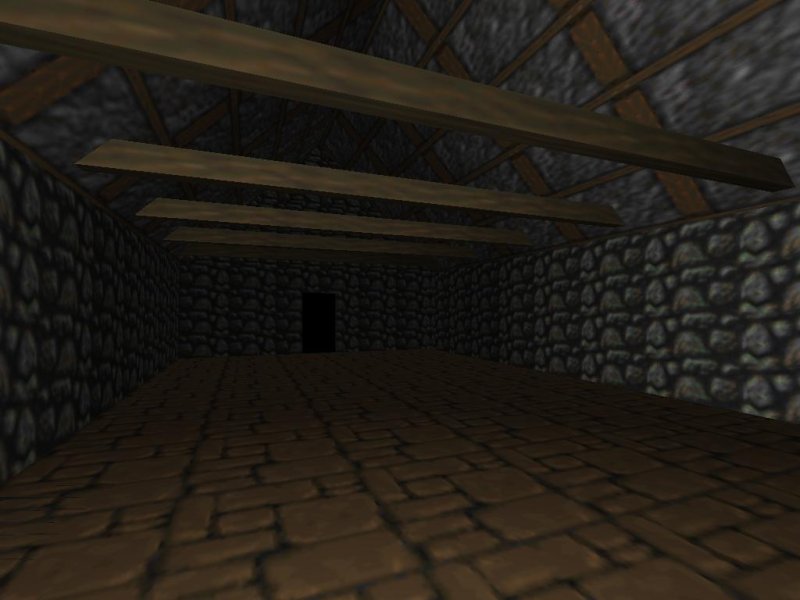 In just a few days, Privateer's Hold is starting to take shape: 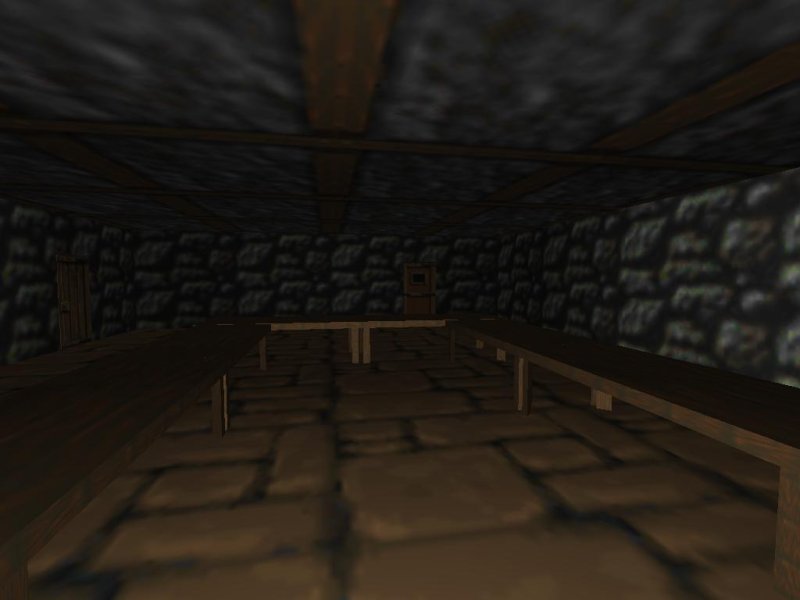 There are a variety of problems still and it doesn't quite look right, but it's recognizable.
DaggerXL goes through many improvements in the next couple of weeks and by mid/late-July the first demo is released. 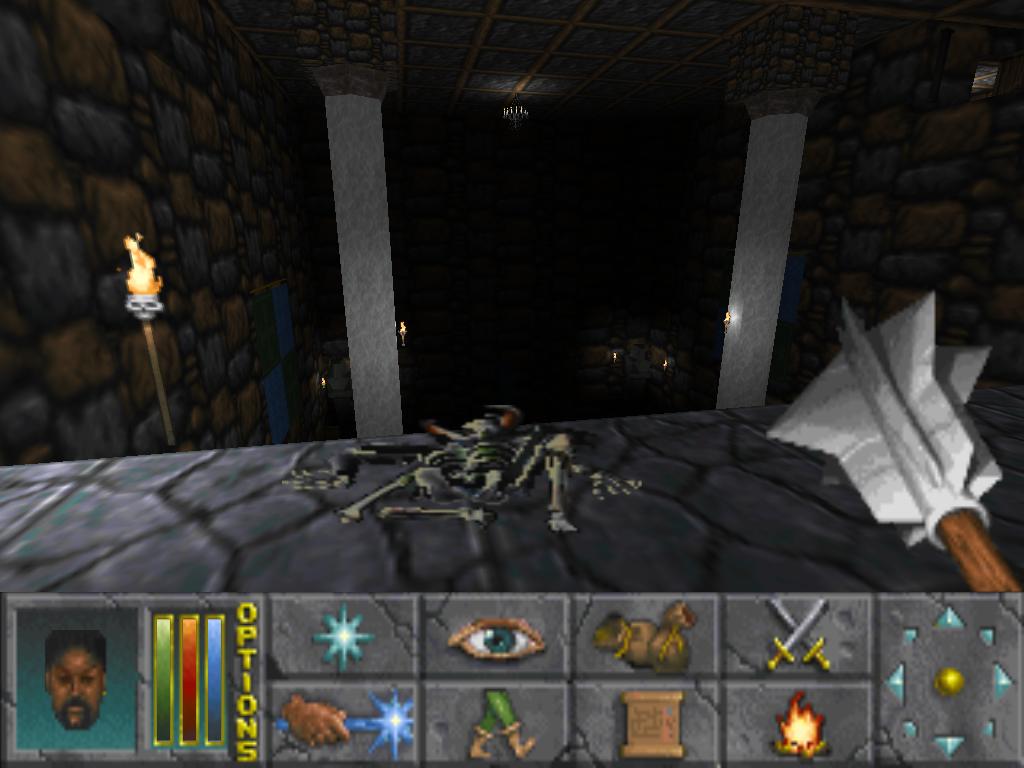 The end of July sees a lot of work on cities and exteriors. At this time the world is flat and has only one ground texture - but it's so nice just to be able to see the great outdoors. 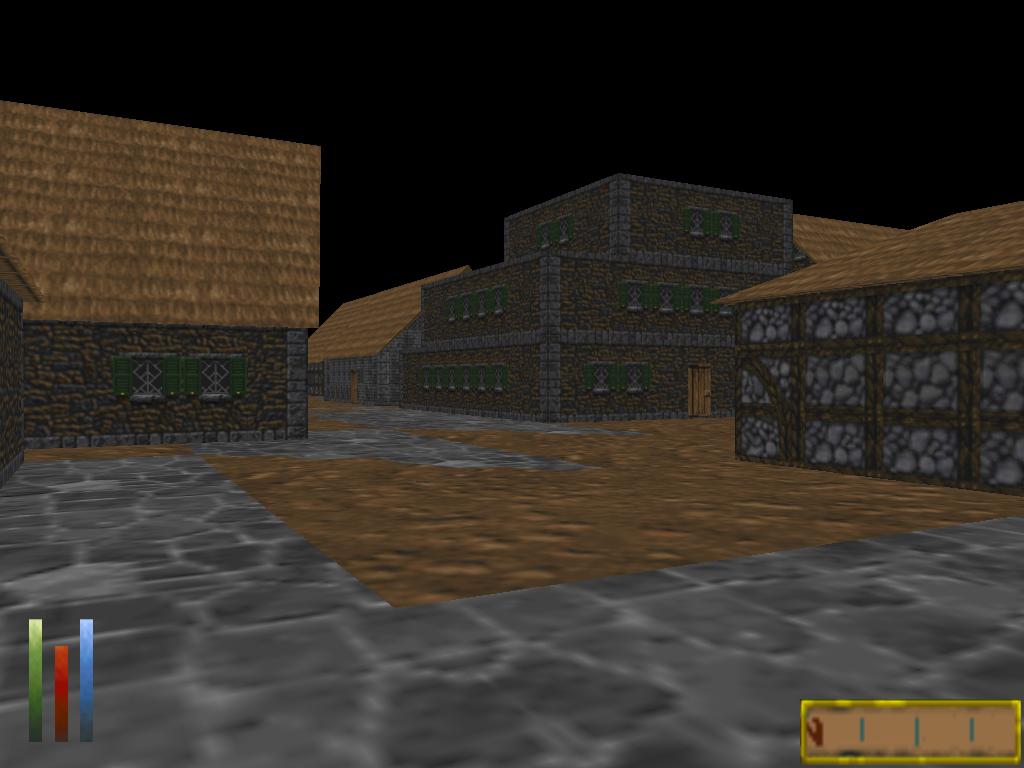 And at the very end of the month the outdoor lighting system goes in, night time in Daggerfall is so atmospheric :) 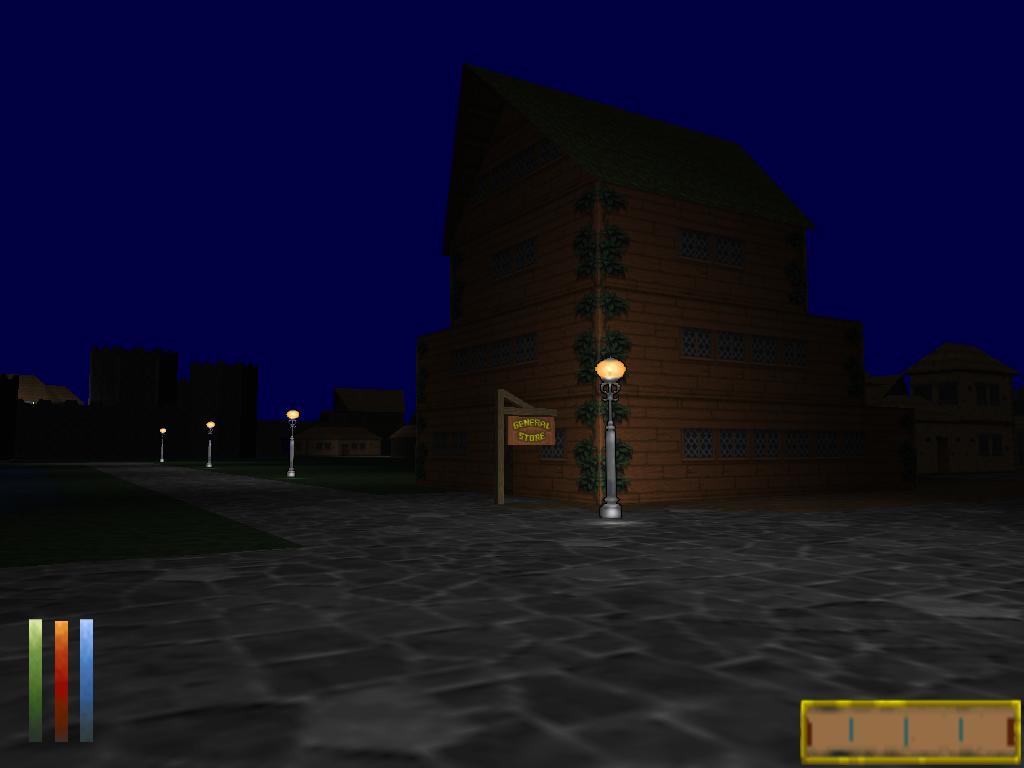 And at this point the foilage starts coming in: 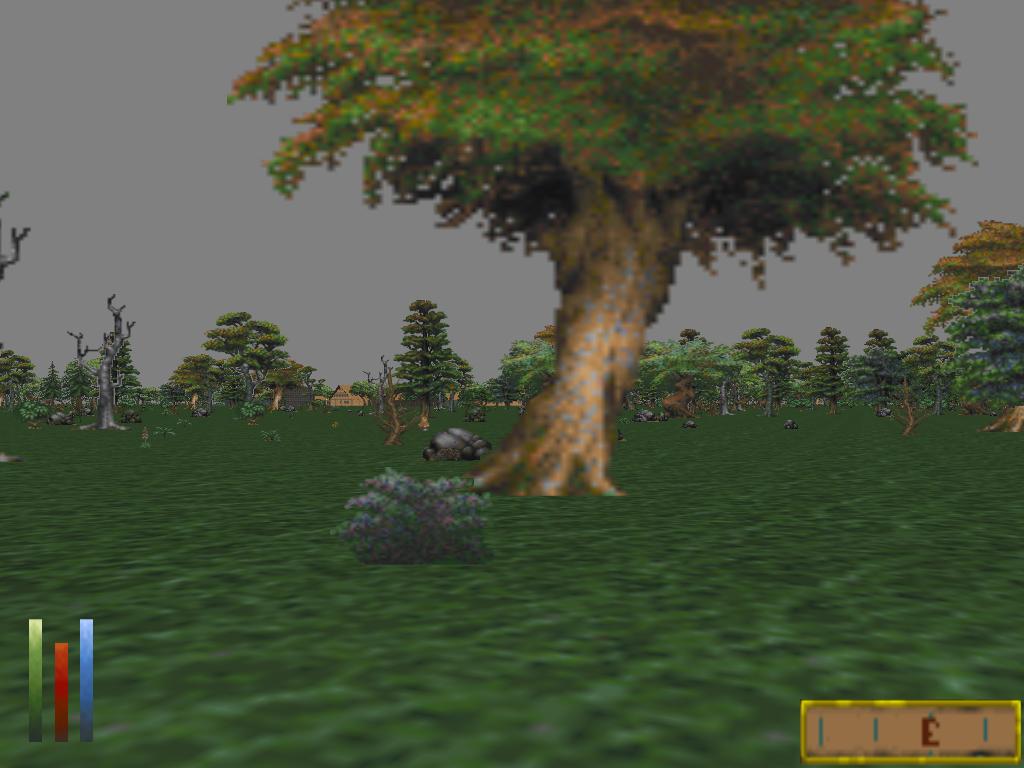 Early August sees the addition of Skies, time of day, bloom, NPCs and interiors (among many other things) - the DaggerXL exterior starts to look more complete: 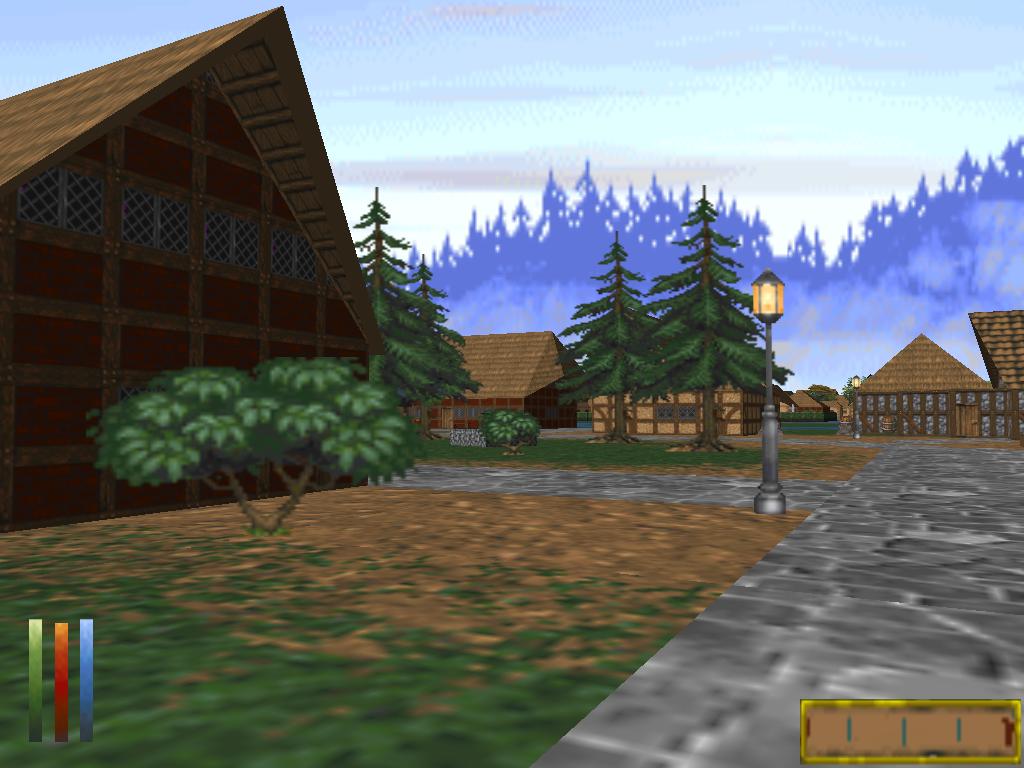 NPCs are currently disabled due to changes, but will be re-introduced soon. 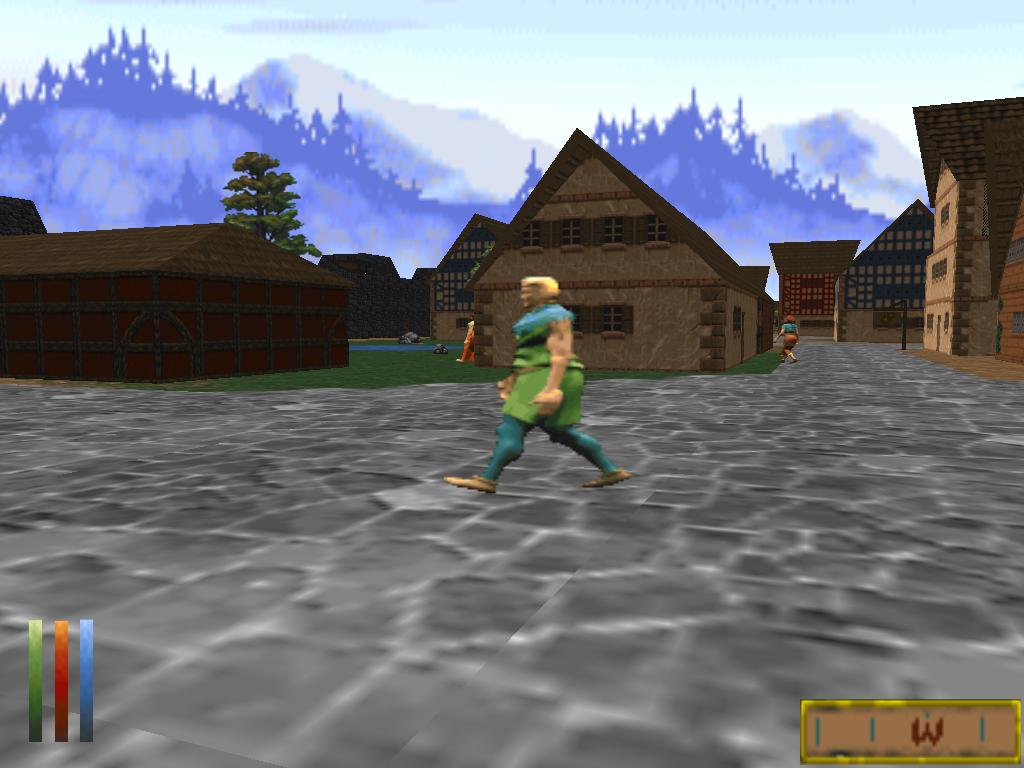 The bloom effect is optional but really enhances the full bright surfaces. 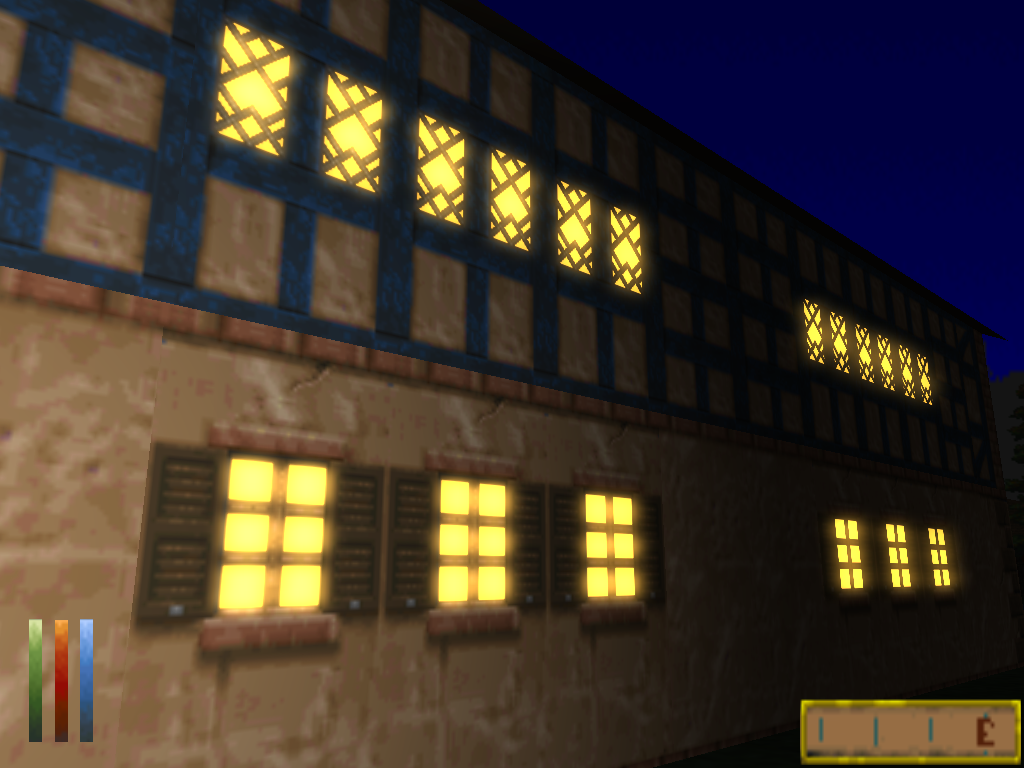 A temple interior with NPCs - these guys are still in the game, though you can't interact with them yet. 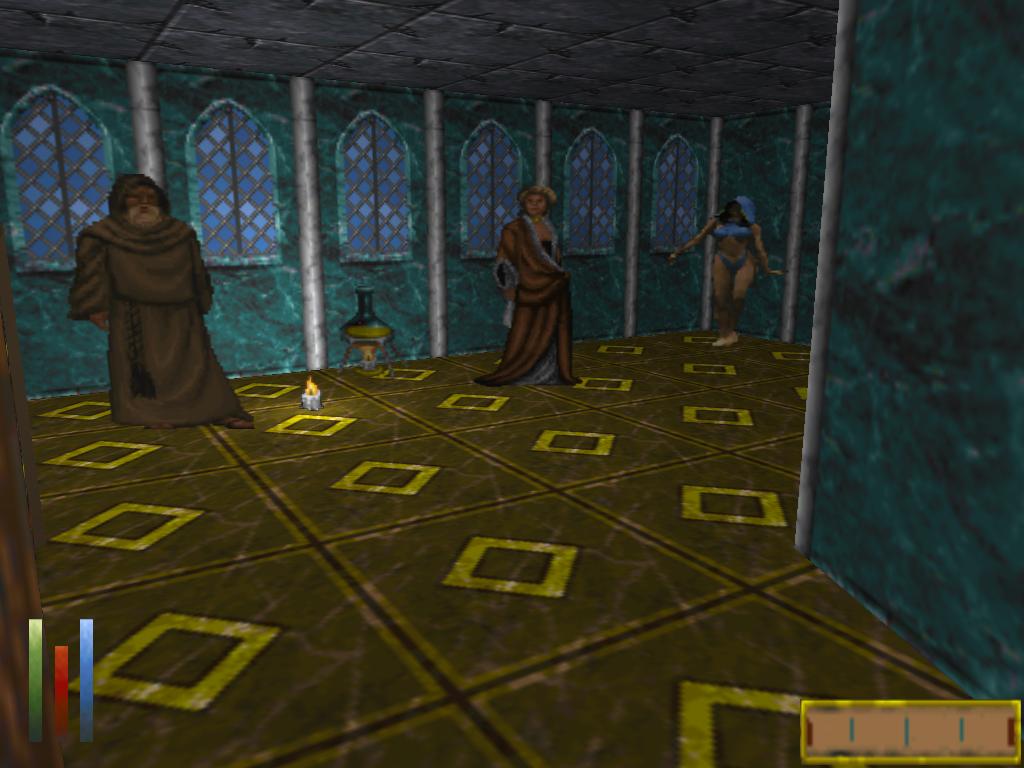 And this is when people got to see some of this stuff in action for the first time - in motion - with the Daggerfall At Night Movie.

There were some delays after this and a lot of time getting the terrain system working with all the different regions working followed by a lot of UI, gameplay and other work. Here are some final screenshots of the terrain development which you may enjoy: 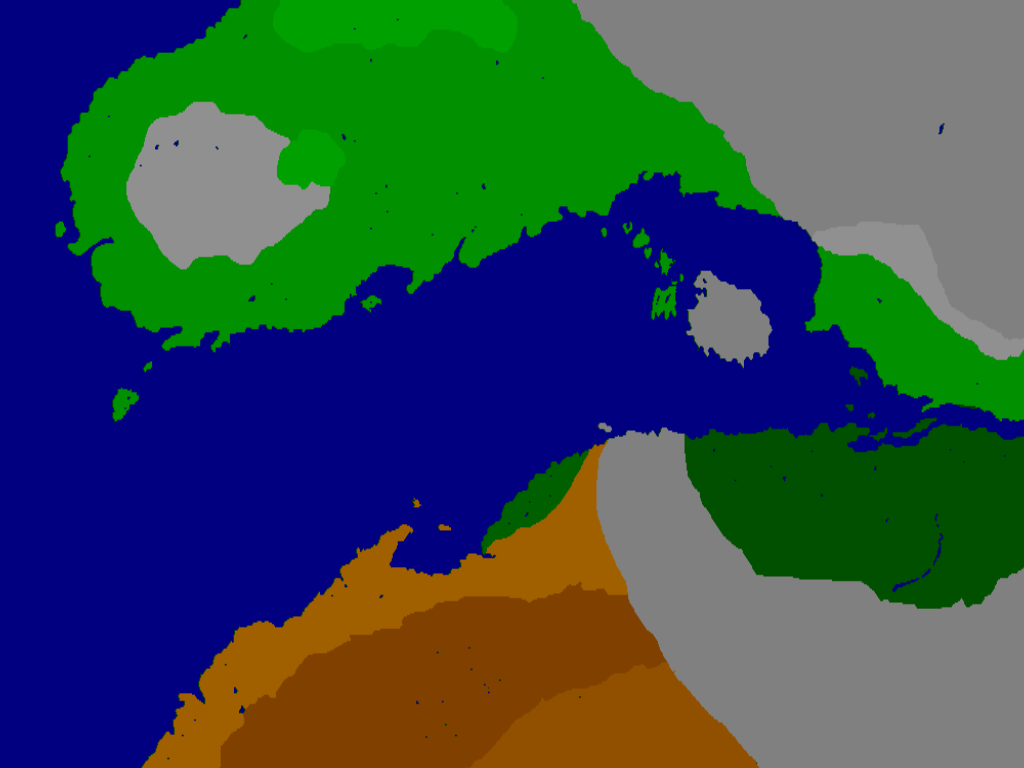 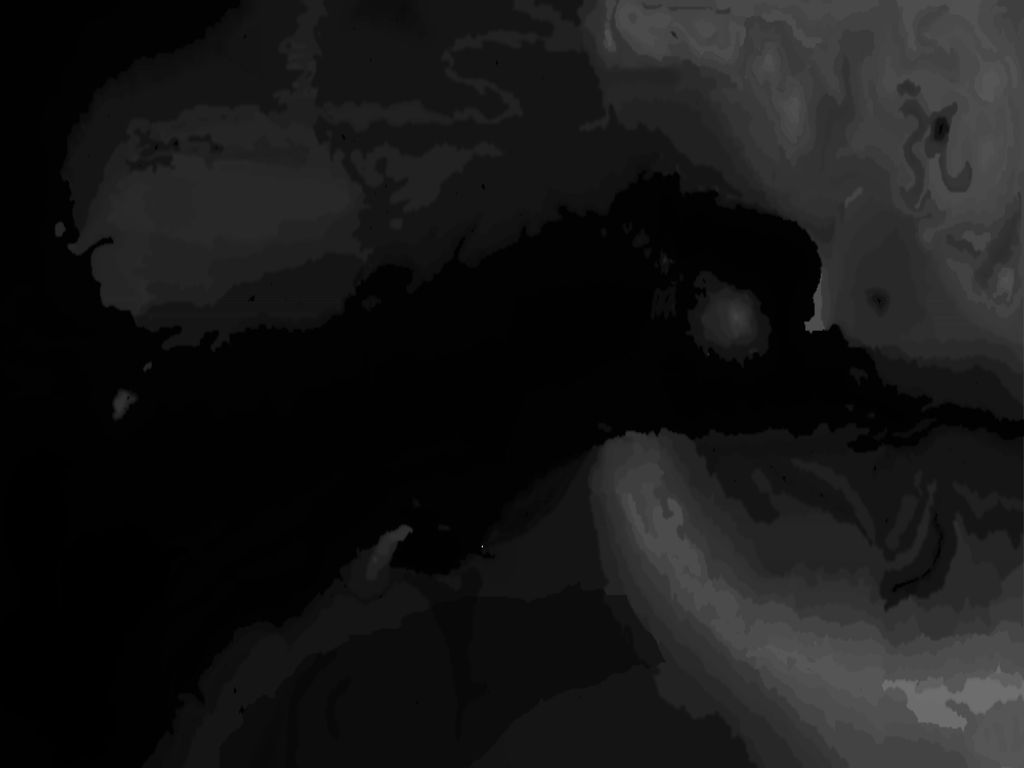 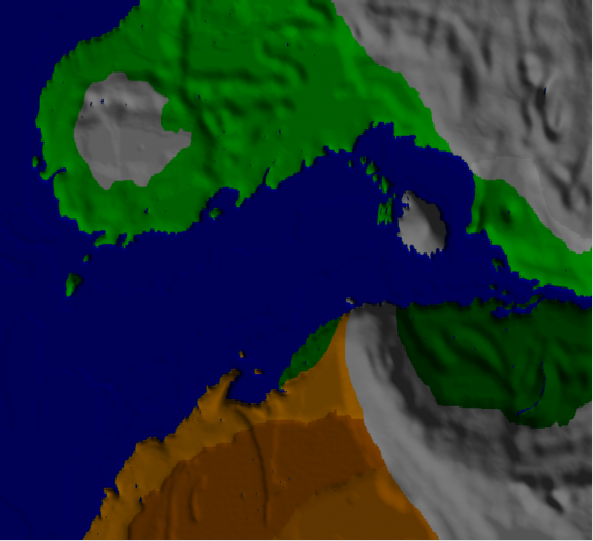 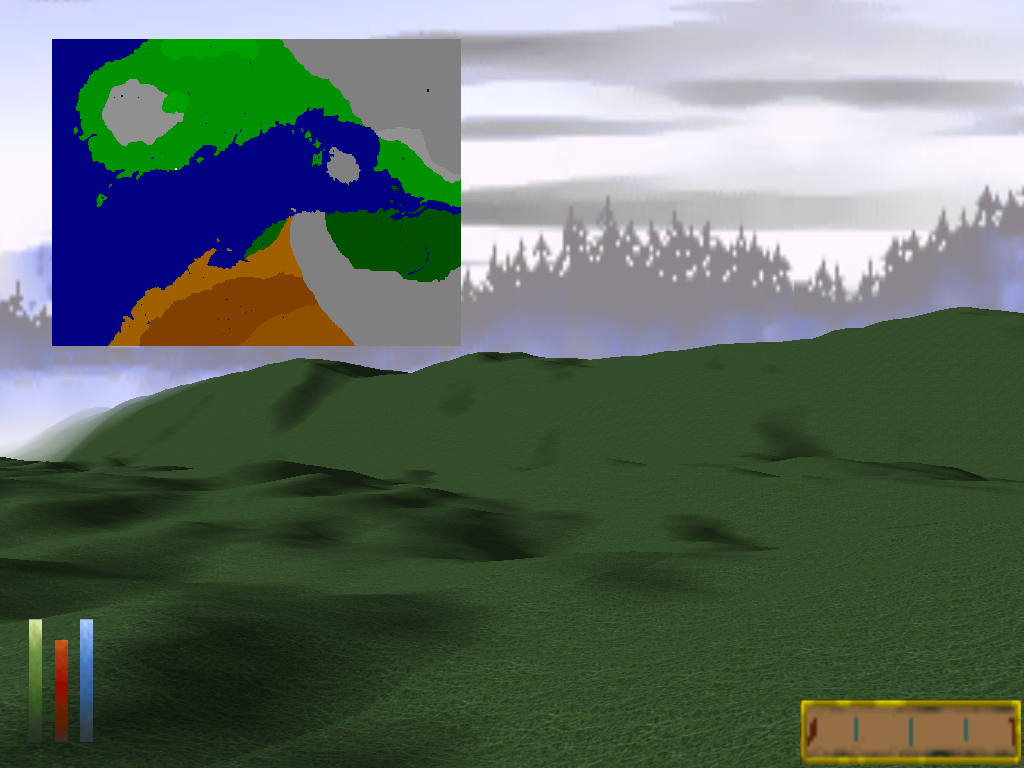 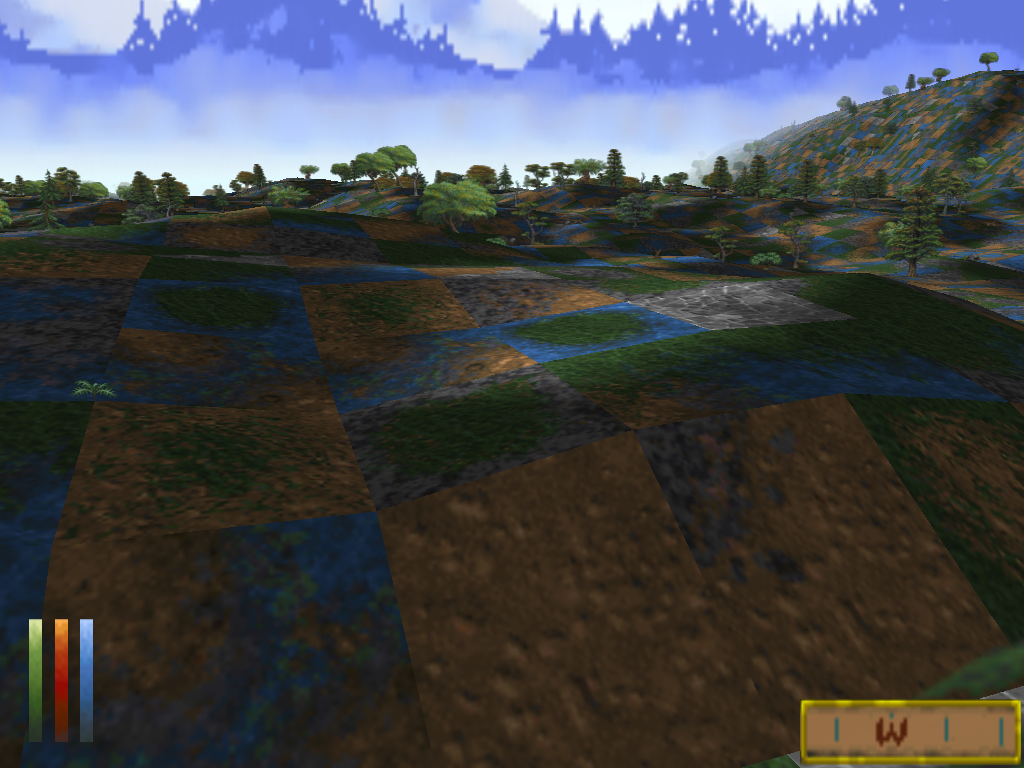 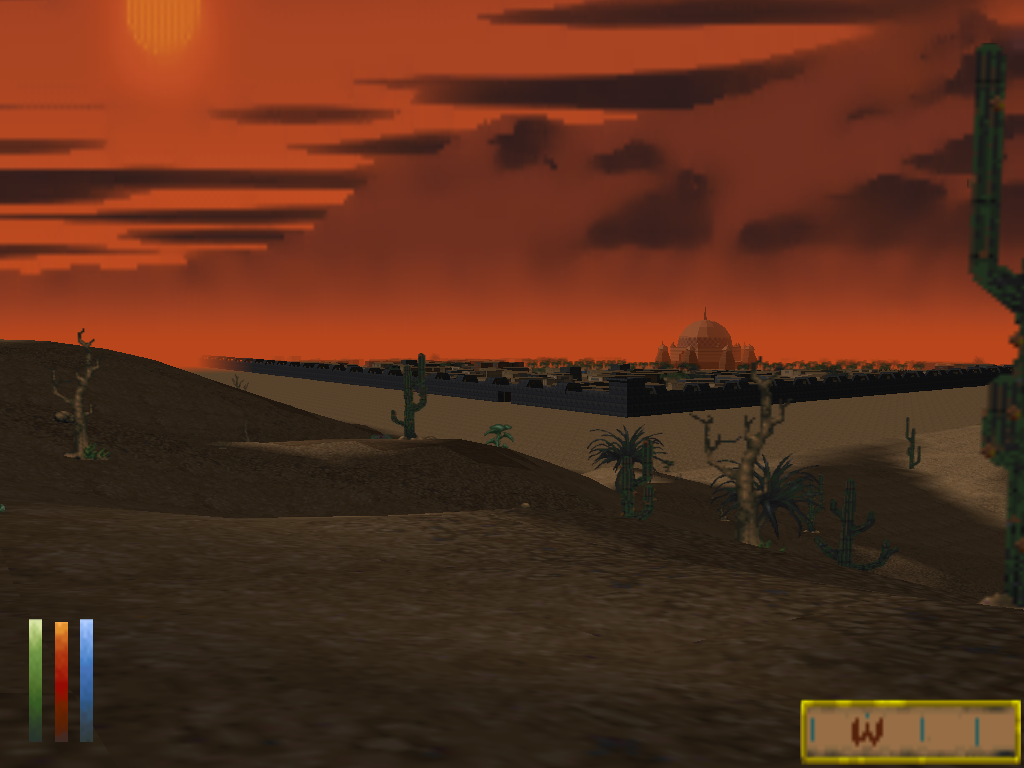 Anyway that is enough reminiscing for now - if you want to see more or to read more about the development of DaggerXL - just read older posts on the blog and look at the archives. Many topics have been ignored or glossed over in the post, such as UI, combat, UI, inventory system, stats system and so on...

A lot of work has gone into DaggerXL with a lot more to come - it's been a fun project so far. Much of the fun, though, comes from the community - I'm not sure DaggerXL would be where it is today without all the encouragement, testing and feedback of the people who follow this project.

So thank you all. :)
Comments

very good article. I love seeing the timeline of work on progress. It helps us to see how much work you have put into your project.
You have done a great job and hopefully learned a lot in the process.
Keep up the hard work. Its worth it even if a small few enjoy it.

I have been a huge fan of The Elder scrolls ever since Morrowind was released way back in '03. I can't wait for the chance to enjoy this classic for the first time.