A plethora of updates and a new test alpha for the team.

Sup guys, It's been a while.

After a period of silence, I've been updating a significant amount. If you're new, I'll help catch you up in this update.

Covenant: Construction Vehicle
The first of the models from the good folks at HHF that I rigged up for Sins.
Not much to talk about, it builds the Covenant's Structures. 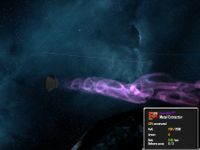 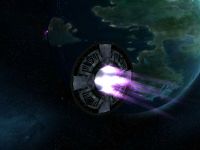 UNSC: Halcyon-class Cruiser
Even casual Halo fans should remember this ship.
Yup, the same class as the distinguished Pillar of Autumn is, of course, going to be in the mod. You will start off with the default Halcyon but with advanced research you can upgrade it into a ship that will cause the Covenant some headaches.
Model/Texture by Blamtroid. 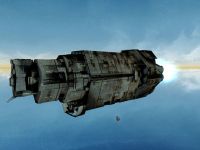 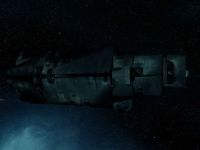 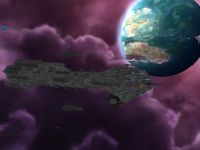 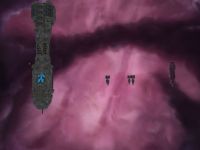 For the team:
You been absent ever since the last alpha, with most of you being busy with life and such. Well, time to get back to work. Alpha v4 is gonna be up this week.

Hope this brought you up to speed,
-CanadaMan7

he just said alpha is coming this week so: NO BETA!!!!

Yes, it is getting better all the time!

Can't get no worse :D

When will a beta be released?!?!

Well, I just released the 4th team alpha right now and I plan to have 5 alphas. I can't really give a solid date on the beta but the time is approaching soon.

Well, it doesn't mean it will use them all at once. This was mostly an aestetic choice, so missiles come out of different pods at different times.

Doesn't mean it won't have an ability that'll launch all of its Shiva's at once though :D

Yeah but 20 shiva pods will ensure a steady stream of them coming out.

Hi just wanted to say keep up the good work!
but i also wanted to say that i created a 3d model based on a halo ship a while ago and i was wondering if you wanted to use it? it has no textures and i accidently added a bit toooooo many poly's, so just email me if you want to use it (:
(alecwalker@live.co.uk)

What version will be the minimum for this mod?

Cause I have the default v1.0 ATM and I'd really like to play the mod,but I'm afraid this might require upgrades(Which with my suckish connection will take FOREVER)

Sorry, it requires the most current patch.

Maybe just leave the Computer on for a couple days? :P

So, I'm just curious here, but how long until the mod is done? I understand patience is a virtue, and I can wait, but I'm still curious.

Have you thought about how the Prowler class ships are going to look like?

Next update you will have your answer :D

When's the next update?

Well, I promised that I'd let Covenant at War update first as I'm using their newest ship. We'll just wait for now.

Can't wait for this mod to be finished.. Thermoplyae carrier looks awesome.

Any update on when the next update will be?