Decided to update this Remod of mine again, not just with models this time, but with actual map changes. Hopefully this can change the generally "eh, it's something" feel of the original mod to a generally "OK, I guess" feel. 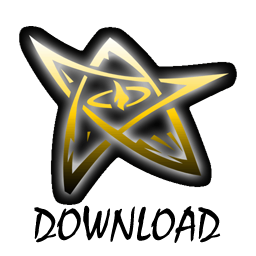 Can't believe it took me almost one whole year to think of actually tampering with the maps (among other things), but yeah, 2.0 ladies and gents!

I don't really have much to say for this news article, as i already have told everything i know about the mod in the previous one, so i'll just leave you guys with a :

And a changelog for the curious.

- Added a glow to the generator controls at chpt24c, to ease players in knowing that one particular texture is usable.
- Added a revolver underneath the Starry Wisdom (search the bodies), to those who would rather take the survival horror (avoid enemies) route.
- Added colored crystals/sign posts/"flare" markers to ease maze navigation in The Ghouls Lair, Innsmouth, and Shadow Out of Time.
- Added decorations to chpt17a. Seeing as how barren it is despite taking place in I guess what is supposed to be a woody area, I decided to just make it to look like the damage is already done, trees outside the gates are green while the ones inside are dead, the village is in ruins already, and dead bodies litter the area.
- Added fades to some cameras and map intros for transitioning reasons.
- Added music to most of mod events, straight from the one other Cthulhu FPS game, Call of Cthulhu : Dark Corners of the Earth.
- Added sounds to some doors that severely needs them.
- Removed the flashing lights during the ghoul ambush.
- Altered the skill.cfg, doubling the melee weapons damage and health restores.
- Altered/removed some props in various maps.
- Changed ghouls to cultists in chpt10c, for reason of answering the "who the hell lowered the scientist to his obviously-sacrificial doom?" question.
- Changed how you escape the ghoul ambush at chpt10d, the walkthrough is mostly useless in this part.
- Decided to lock the door at the start of chpt15b, most people camps there and kills the gangsters at the door, causing the door to emit some very uncomfortable sound throughout the map, it's harder to survive, but now you shouldn't hear that insufferable noise (unless you kill enemies at the other doors, but that's a less likely thing).
- Included a config.cfg, 'cause apparently someone thought autoaim was an actual feature in the mod, the looney.
- Made the butler at the end of the credits to immediately activate the scripted_sequence needed to "end" the game right after the credits end, not after the music (that's now an mp3 anyway).
- Modified/altered/reskinned many models, yes, even the feathers.
- Reduced the camera wait in chpt15a, you should be able to do something now before the entire cultist squad takes a shot each at you.
- Removed the camera that shows you a cultist blowing up a part of the bridge in chpt10e, for reasons of "there's a flying creature killing me while you do this and I can't do anything". The actual action still happens, though sometimes you can race through and get to the other side before the bridge collapses, speedrunners reward I guess.
- Removed the crashing cliffs in chpt8a, no more cheap deaths.
- Removed the cultist overlooking the sea at chpt13. If you stealth around him and manage to get to the letter before he moved, Dagon will get stuck on the guy and the game will pretty much just freeze on him there trying to get through.
- Replaced some sounds.
- Reversed snipers in chpt9c, shotgun cultists now are below while revolvers are above, should also make acquiring the shotgun less difficult (no more fading through the void).
- Skipped the cult meeting intro at the start, mod now immediately starts at Chpt2 (The Dream).
- Skybox in some chapters have been altered.
- Some maps have func_walls that allow you to jump over to CLIPs, they have been transformed to func_illusionary. One map however does not have them as actual entities, and cannot be changed.
- Tidied up the credits section.
- xen_plantlight now no longer turns off lights.

Thank you for this update! Wonderful to see this classic mod get some more love after so many years. Will deffinitely try this out. Thanks again!
Ia Cthulhu!

Another reason to play it for the n-th time! Thank you for your hard work, ZikShadow.

thanks for another great remod.on the topic of your voice acting it's not great but I can't really think of any HL mods with great voice acting. the main reason I choose not to use it is your accent, This isn't an insult or anything but it just doesn't fit with the setting. that said its cool that you put in the extra effort.