Dev Diary #3 is the first of many entries that will be looking at the gameplay components of Cross Reverie and some of the design decisions that went into it. Starting off with the battle system as was showcased in the gameplay prototype.

The battle system can usually make or break a JRPG. After trying out different implementations, we believe to have found the perfect fit in the form of the conditional turn-based battle system(CTB) as seen in games such as FFX and Shadow Hearts.

The CTB system allows the turn order for both players and enemies to be known in advance and opens up new options for strategical play while keeping the player in control of the action. The turn order instantly changes based on the current selection which lets the player know exactly how much of an impact a move will have on the character's future turn. This works well with how we envisioned the characters juggling between multiple abilities, stigmas, items and commands on any given turn.

As a work-in-progress, we're still looking at ways to keep the combat engaging such as having quicktime events on certain attacks or up-close camera sequences to provide a semblance of realtime action.

Stigma Points(SP)
Used for casting Stigmas and can be replenished through items or resting.

Tactical Points(TP)
Used to fuel character abilities and gained through combat actions such as dealing or taking damage.

As a JRPG that prides itself as 'character-centric', having each of the 8 main characters provide a different feel and play style during replays was a priority. We hope to achieve this through unique abilities and weapon skills that compliment the characters' personality and combat prowess, which is reminiscent of classic JRPGs 'job' systems. At this point, each character is expected to have at least 4 weapon skills and over 6 abilities that are unlocked through levelling. Here's a look at some of the planned abilities: 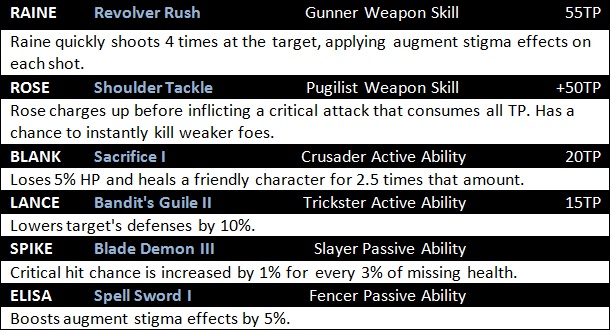 Stigma crystals are a key part of the storyline and form up the basis of Cross Reverie's magic and customization system. Stigma crystals can be leveled up through combat by acquiring sXP and the crystals are broken down into 3 types: active, passive and augment.

We should have a blog entry dedicated to stigmas in the future but this should provide an understanding of their combat functionality. 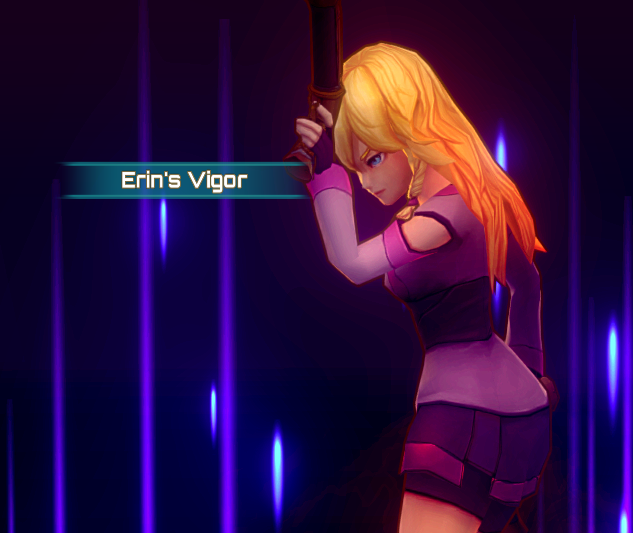 There's still more to go on about Cross Reverie's battle system so tune in next time as we take a look at attack options, elements and the new awakening system.

I am a newbie in this forum, sorry if my comment is not hold with you. As a ex professional animator and long time Final Fantasy gamer, I think the animation is not faster and sharp enough ... the strong feeling and the satisfaction of hitting an enemy is not there yet

Thanks for the feedback, it is always appreciated. Feeling the impacts of attacks has been on our radar and should be improved as we tighten the animations and effects as well as the audio cues.

Thanks for your interest as always :)