This week we take a look at the art pipeline for Firstborn - how we come up with characters, the tools we use to bring them to life, and the steps from concept to finished sprite.

Posted by ElstonStudios on Jun 8th, 2017

Hello again and welcome to another Firstborn development blog! The last couple of posts have been focused on the lore for the project, so I thought this time I'd mix it up with something a little bit more technical.

For this week's blog, we're going to take a look at how a character in Firstborn goes from an early concept sketch to a finished sprite ready for the game. In this case, we'll take a look at the upcoming Rakshasa boss scheduled for release with pre-alpha update 3.0. 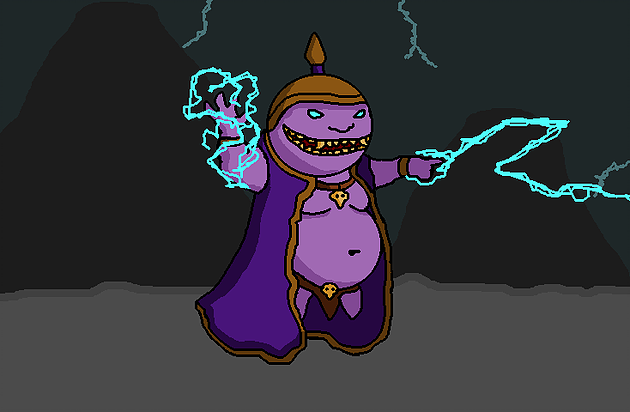 Each of the Firstborn races are based loosely on creatures from real world legends. The Rakshasas, for example, are based on the demons of the same name from Hindu mythology - fearsome creatures with sharp fangs, magical powers and a craving for human blood.

After a little experimentation, we had a concept. A large, powerful Firstborn with innate levitation and access to powerful elemental invocation (click here for a refresher on how magic works in the world of Firstborn).. 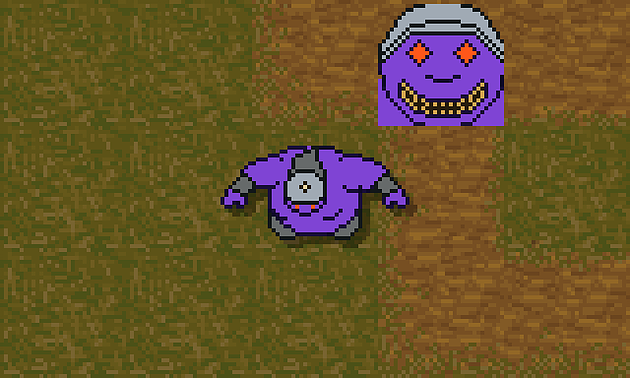 The first stage of bringing a new character to life in Firstborn is to create a rough silhouette and decide on a colour palette for the character.

At this stage, it is important to test the colours and silhouette against a sample of one of the in-game tilesets to make sure that the silhouette and colours are clear and contrast well with the background. 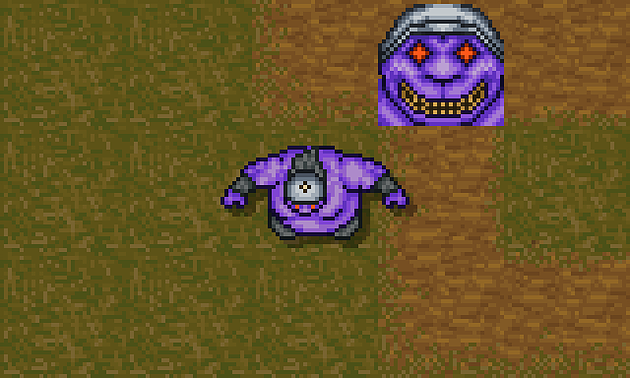 I've been using a program called GraphicsGale to create the pixel art for Firstborn. It's definitely not as powerful a tool as something like PhotoShop, but it's free and offers a reasonable range of features suited to pixel art.

A couple of hours later, we had a first pass. As you can see, there was definitely room to improve. 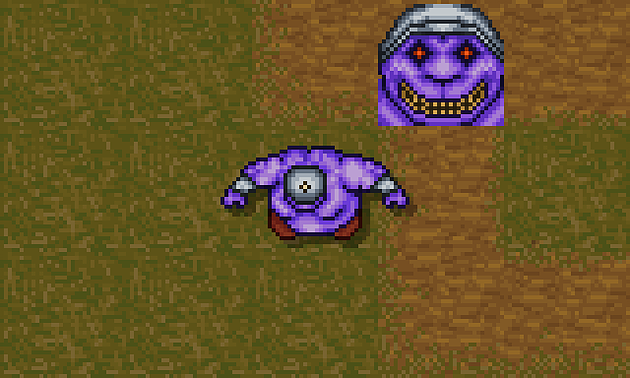 After a little more work, the sprite had definitely moved in a better direction, and the portrait wasn't looking quite as silly, but the new boss still wasn't really selling the sense of magical menace.

I decided to take a run at some animation for the sprite and see if that would make it a bit more threatening.

While I prefer GraphicsGale for creating the sprites, I use Pyxel Edit for most of the animations in Firstborn. It's a very affordable tool, and offers a great range of features for animation.

The addition of an idle animation and some hair helped a little, but the Rakshasa just wasn't feeling like a powerful spellcaster. I decided to add a little lightning to idle animation to liven it up and warn the player that this is no ordinary Firstborn.

Definitely another step in the right direction, but the sprite and animation still both felt lacking.

The next revision marked the turning point for the Rakshasa. A rework of the head added a horned helment, while the idle pose became much livelier. Firstborn's new villain was starting to take shape!

Some lighting effects for the eyes and lightning came next, along with a basic animation for the portrait. The Rakshasa was definitely starting to look more sinister, and was almost ready for the game.

The final version brought further refinements to the lighting, and the addition of the lighting effects to the portrait animation. Whether this will be the final iteration or not remains to be seen, but for now I'm happy to start getting this fearsome beast into the game!

Thank you for reading and I hope you enjoyed this week's Firstborn development blog! Join us next time for more behind-the-scenes development adventures!

Edit: A big thank-you to artist Danika Clark for helping me revise and expand this post. She always has great advice to give on anything art related, and comes up with some amazing Firstborn fan art. You can check out some of her beautiful art on Twitter and Instagram.

This post is very useful for up and coming indie devs to get started on making pixel assets for their game... Kudos =)

Thank you! It's often hard to know when you're writing something like this whether it will be much help to anyone, so I'm glad to know that the post turned out okay. I know how tough starting out as an indie dev is, so I think it's important to do what we can to help each other find our feet in the industry :)

Very well said!!! I totally agree with you! Anyway I hit that follow button... Looking forward to future updates =)