During the creation of my debug-game many things disturbed me. So I reimplemented some features.

During the creation of my debug-game many things disturbed me.

Atmosphere:
The three standard fogs didn't fit with the atmosphere of my map. Now I give the developer the opportunity to create custom fogs. I've also included some new prepared fogs. 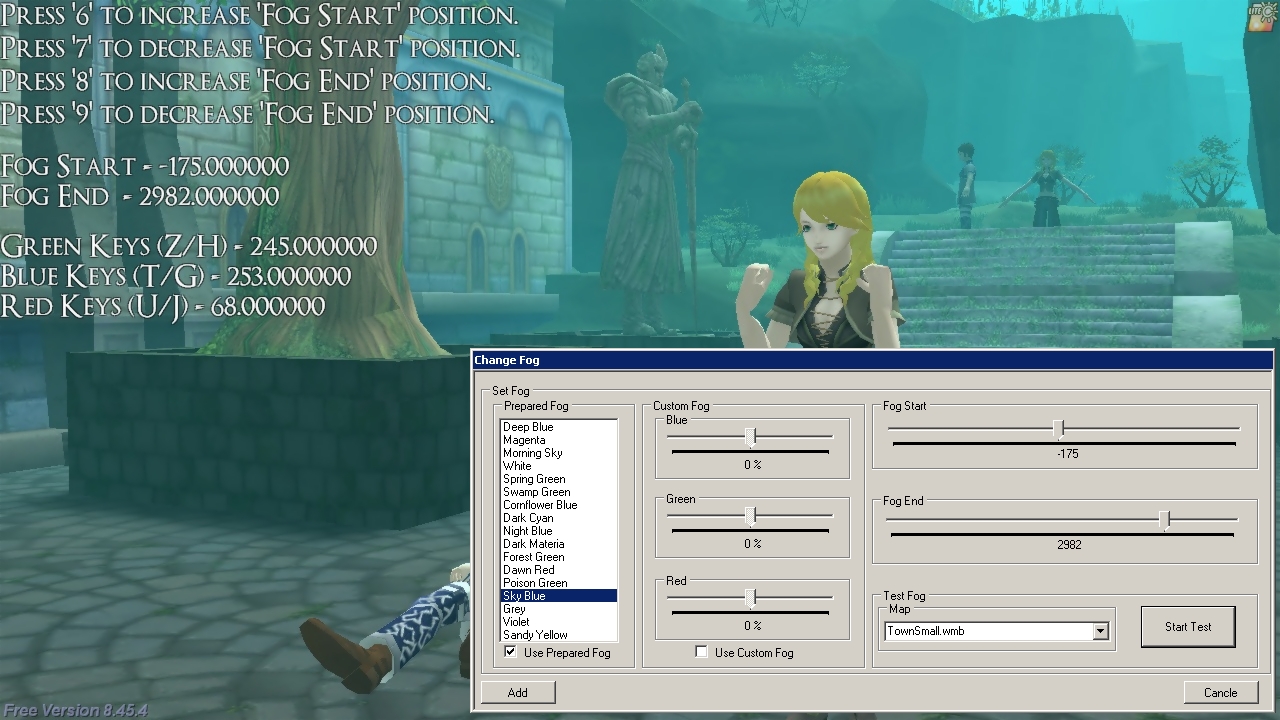 Music is funny. But my map is on a mountain which is over 16000 feet and there are no noises of wind? So I created the -Play Environment Sound- function.

During a sequence NPCs are just standing around with a single animation. It's boring. The -Animate Entity- function will help to change this. Animate a hero whenever you want.

I also created a -Move Entity- function. Enter the animation, speed, distance and direction and the Entity will move a path like you want.

NPCs:
It was annoying to remove a NPC during an event. It was also very confusing to search inside the events when a npc will disappear. The appearing and disappearing of a npc will be handled inside the NPC Management Tool from now on.
Just select a Bool or a YVar and its Value - that's all. 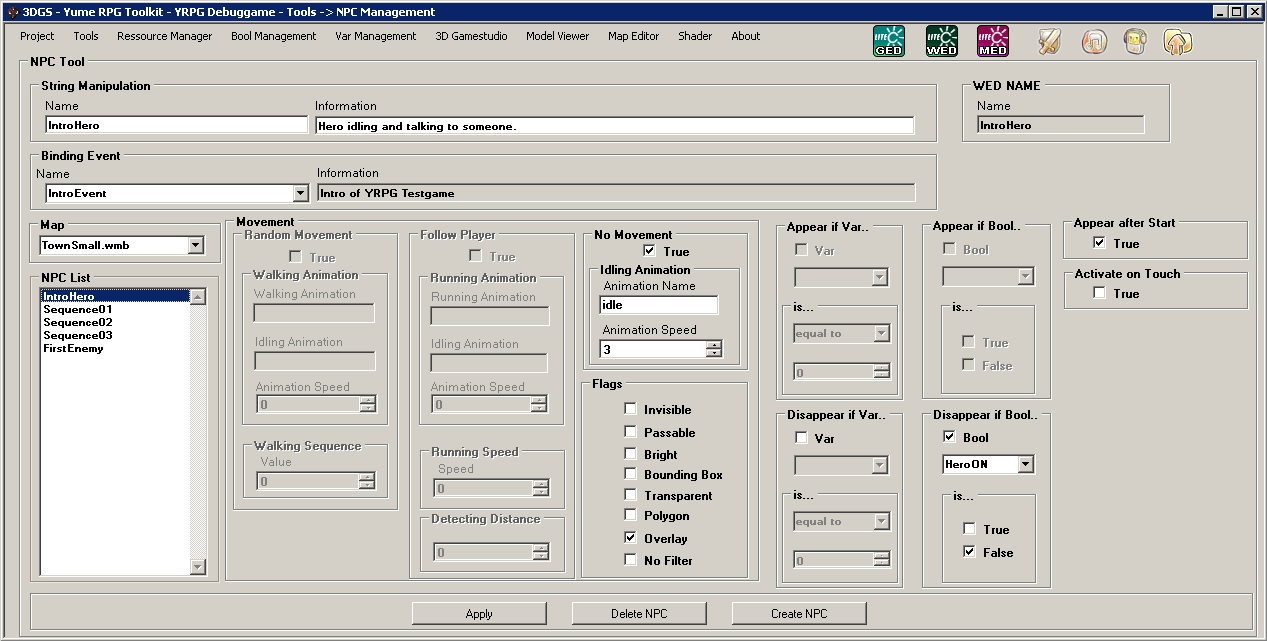 Creating and testing a game is a very difficult and time consuming process. But hey - if new and better features are the result.