Hello everyone! If you remember, last week we talked about crafting in Dead in Vinland! However, we didn't say everything, so here's the second part of our post about crafting!

Some additional infos on the revamping of the crafting system.

You can check the first part here if you missed it. (Shame!)

So, let’s take a closer look on the new crafting menu.

We have this nice sidebar which lists every building you can craft in the camp.

For each, you have some basic information accessible in one glance:

Upgrades are unlocked thanks to 2 specific crafts of the Workshop. Each one unlocks 1 Tier of upgrades (each building has Tier 1 upgrades and Tier 2 updgrades)

In the middle of the screen, you have the same information but presented in a tree view. Here you can select which upgrade you want to craft. 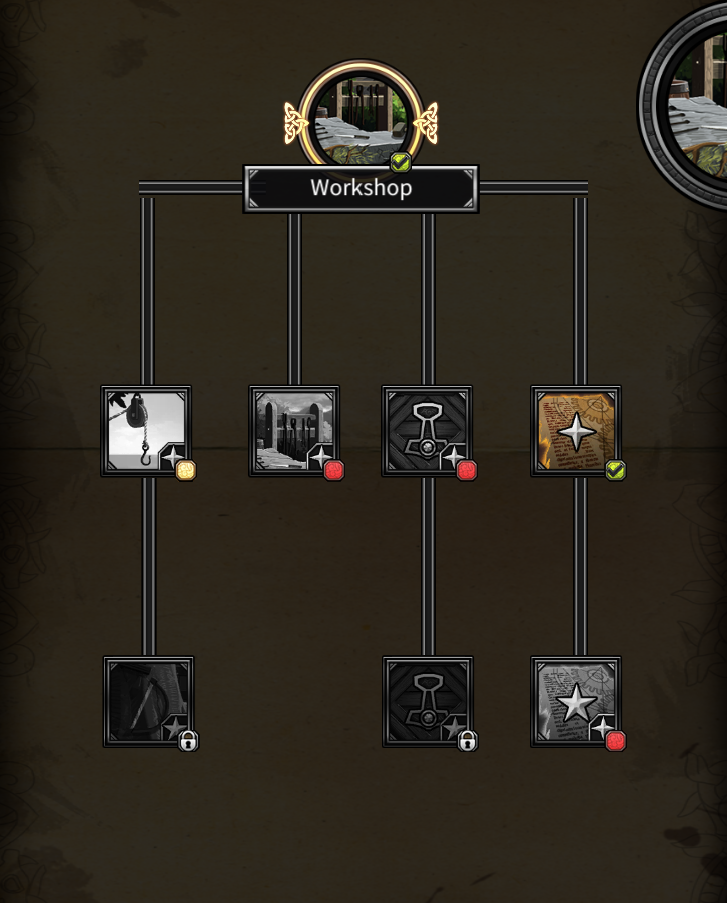 Each time you select an upgrade, it refreshes the third part of the screen, where you have specific infos on what you will craft. 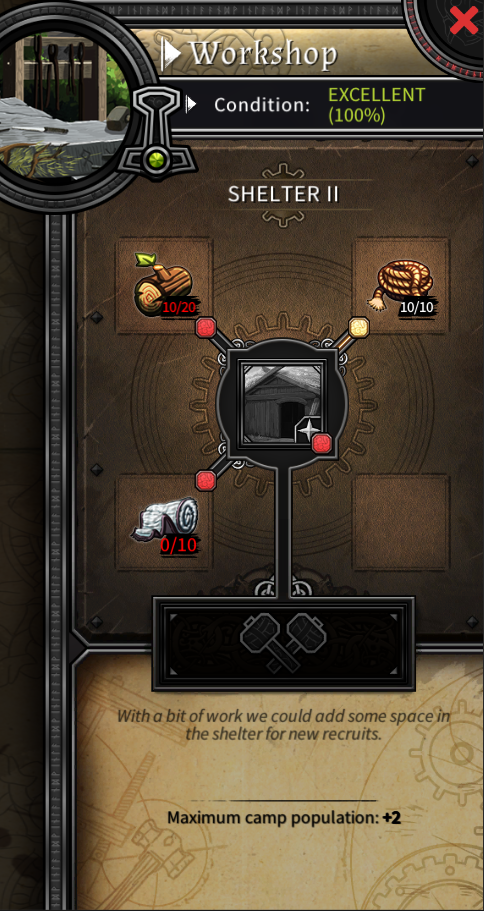 Of course, it shows you the resources that will be needed to craft this recipe.

A recipe can be made of 1 to 4 ingredients. Some are easy to find (Wood), some you will have to look for in the exploration part of the game.

On each ingredient, we show you:

Below that, we have some description text for the recipe. It’s divided into two parts:

When you craft a new building or upgrade, we also show you a little pop up which summarizes the effects of what you crafted. It’s the same text as in the crafting menu, but we thought it was a good idea to show it again in case the player missed it the first time. The “system” effects are highlighted because it’s the real big piece of information you don’t want to miss. 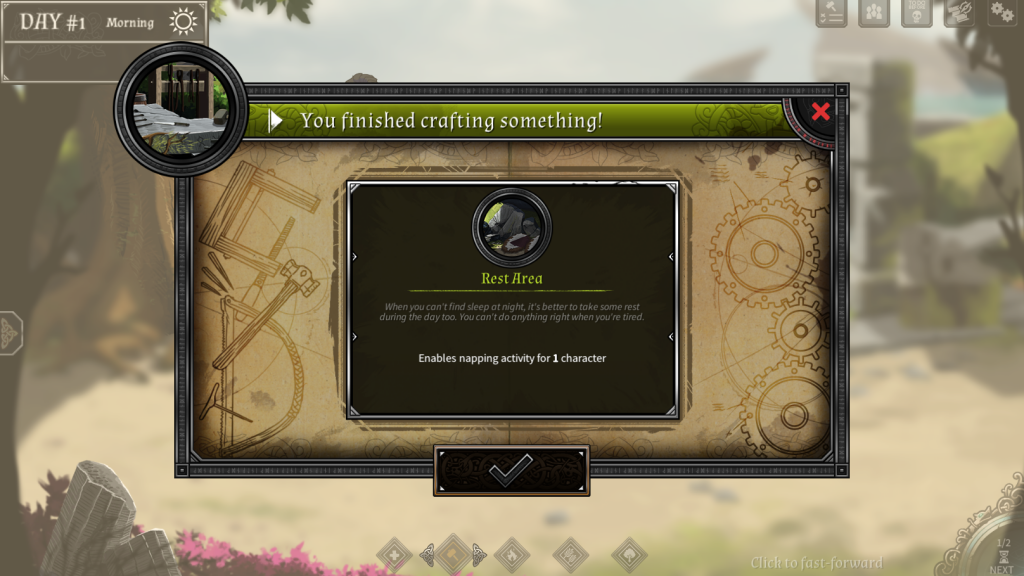 Is that all? Nope!

We also felt we needed to give the possibility to our survivors to craft not only buildings, but more items too. It’s ok to craft a shelter, but crafting arrows and traps is also part of survival.

We decided to separate the item crafting from the building crafting though. We felt it would have been frustrating for the player to have to wait that his characters crafted a few arrows before starting crafting a sturdier shelter or a new cooking pot. And unrealistic.

So we added a new building dedicated to item crafting: the Forge! 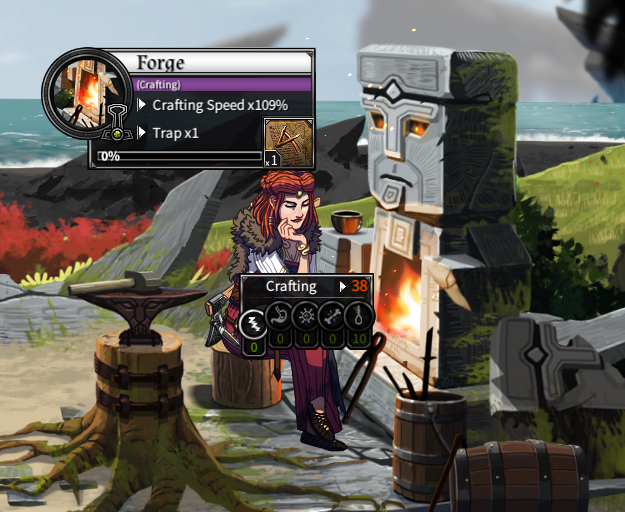 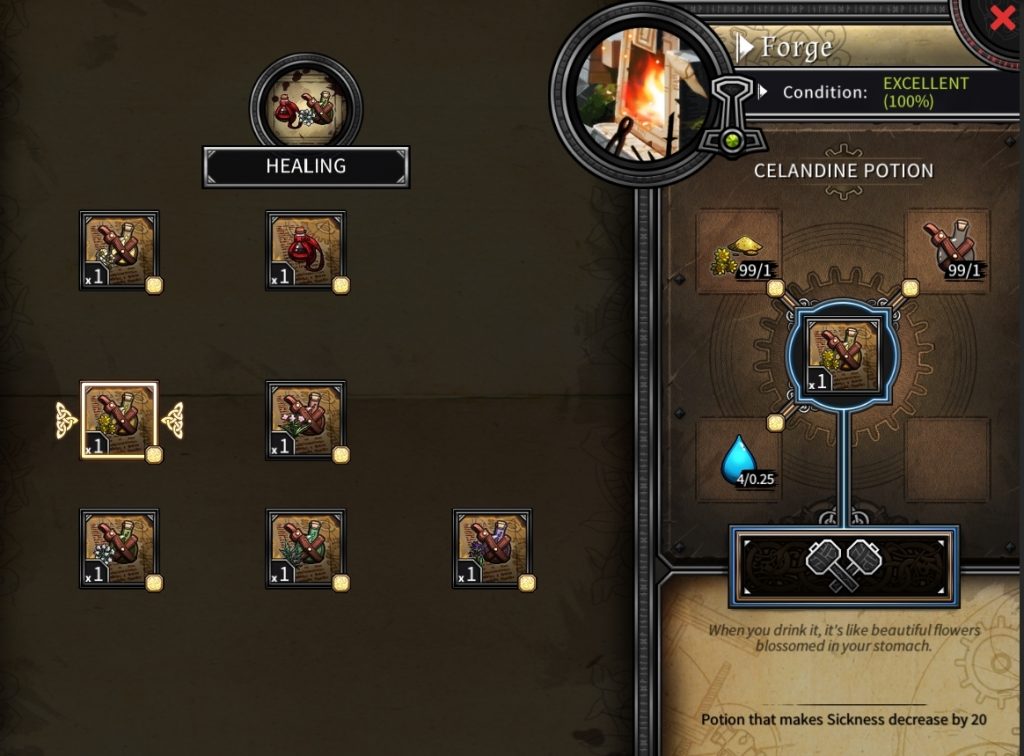 It almost works like the Workshop, the only differences are that we regrouped the recipe by virtual category, since they are not tied to a specific building.
They are all available from the start too, as soon as you crafted the Forge (no unlock trees). And they can produce more than 1 item in one crafting session. 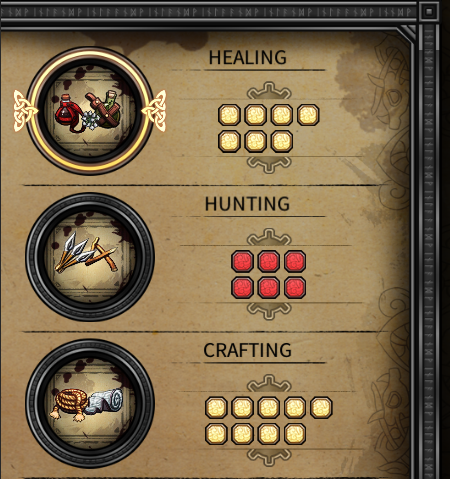 For now, you can craft:

There may be more making it to the final game, it’s an area that is subject to big changes when we have a good vision of the game balancing.

(That is to say: in the last months of development)

I think I’ve said almost everything this time!Now, let's go back to work!