Team Chivalry reveals more on the weapons available to players ingame, the class selection screen and answers more of your questions in this FAQ blog update.

Developer Blog Update: It has been too long since we have released an update but hopefully from here on we are much better at this. This time you get to enjoy a sneak peek at some of the weapons in your arsenal in Chivalry: Battle for Agatha, a quick concept of the class selection screen and more answers to your questions, so let's get to it!

Question: How hard do you think it will be to make a game attractive for "pros" and at the same time make it enjoyable for less good players. I've seen a lot of people drop AoC as they were utterly destroyed.

Answer: This is a big focus for the team this time around. It’s no secret that aoc was a very tough game for new players to enjoy because of the steep learning curve. In Chivalry, we are really emphasising having a deep, engaging melee combat system that is also intuitive and easy to grasp the basics. Of course, incredible players will still be able to carve through the battlefield, but the difference is, this time players will understand why they lost, instead of questioning the game’s mechanics. 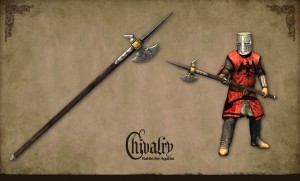 Question: Can we have a strong one handed axe + shield?
Answer: This loadout is confirmed for the game, yes. In addition, a section of the website will be available soon displaying the entire arsenal of the game with a brief description of the various weapons strengths and weaknesses. 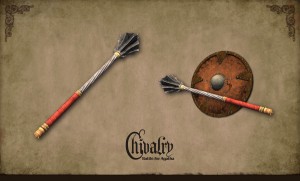 Question: Will there be any kind of magic and supernatural things as actual gameplay elements?
Answer: No magic/supernatural things will be a part of the central game modes. Chivalry focuses on creating a “Hollywood realistic” medieval times era set in a fictional world. 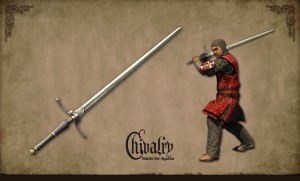 Question: Will the movement from Age of Chivalry be preserved, i.e. the move speed and spinting/jump-crouching from HL2?
Answer: Absolutely not. The movement system in aoc essentially had to be exploited for any players to be good at it, it meant that you had to go outside of the intended parameters of the game to be the most successful. Turning on a dime and generally moving about as though wearing rollerblades affected nearly every combat exchange in aoc. This time around, we intend to make the game exhilarating and fun to play because of the melee combat's pace, we want to make the game fun and full of strategical depth even if you choose not to move your feet in combat at all! Though of course, footwork will still be important, it will not be in the same form as it was in aoc. 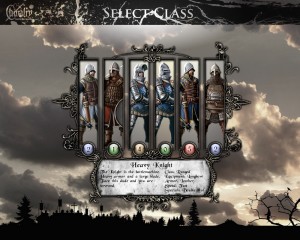 Question: Additionally, will we be seeing any new movement abilities, such as shoves, climbing, rolls, or anything like that?
Answer: Yes, we wanted to really expand the combat system and provide the player with many more options to allow for a ton of depth and variety in each fight you find yourself in Chivalry. Players will have the ability to evade incoming strikes by ducking beneath them or dodging in any one of four directions. In addition, players with shields will be able to perform shieldbashes to knock back or “open up” enemy players, this manoeuvre cannot be blocked or parried. Players without shields will be able to perform a “parry shove” with similar actions. There are more expansions to the combat system, but we will keep you waiting on those for now. 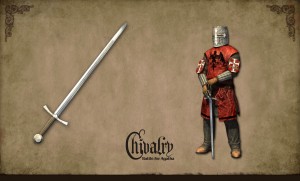 Question: So you will be having multiplayer AI for all stock game modes and maps?
Answer: It is our desire to include competent AI opponents for multiplayer and offline play. 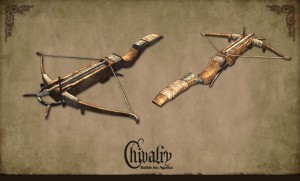 Question: The new art direction seems a lot more medieval, no more mason knights with horns on their helmets I take it? I also noticed the new Heraldric Animals for each faction and I think the world seems more believable now with a stronger connection to the medieval theme! It really gives of a different vibe.
Answer: Yes, the line between good and evil will be blurred in Chivalry, the two factions retain their basic values with the Mason Order being an intimidating force that rules with fear and the Agathian Knights being a more inspiring force that rules with promises of riches and glory, but there will be dirt and blood on both teams hands. The lore will be expanded upon to help describe that situation better. As a result we felt we needed to find a new more realistic yet still unique look for the Mason Order and we decided to incorporate some eastern European art style into their appearance that is apparent in some of our concept art. 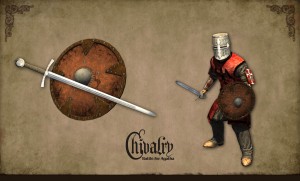 Development on the game is going well and the team as never been more committed to the project, we'd love to hear more questions from you and will be reopening the FAQ thread to start building up more questions and responses for the next article. Till next time,

It seems you haven't played with me in the aoc mod before the new chivalry game was announced
Although still, game looks awesome

Next time spare us the thinking and say "This pleases me".
Nevertheless, I never saw you neither.

This is great. I love AoC, and want to play C:BfA.

Not really, it has the same sort of weapons, but that's to be expected, they're both medieval based games.

This looks similar as it, but with a different style, a style I really like. Keep it up guys!

@theM3nace:
Mount&Blade has had it's beta in development(which people pay for to play, or with a trial similar as to how it's now) years before it officially released.
But that's irrelevant, they're both medieval games, using medieval weapons and armor...

They both have swords.
Hurr durr copy :D I don't understand people. M&B is a strategy-rpg-action thing. This is a First Person Medieval fighting game. Without horses.

Great update. It's a huge relief to hear that you guys aren't keeping the same move/jump mechanics as AoC. Also nice to hear of the new parry+dodge abilities and that the lore is going to be much more expanded upon.

Can't wait to swing them around. (btw if you need me as a tester again, give me a holla)

can i still cut of your dam head??

when can i pre-order?