So the Ten Aces are actually 10 brothers who are sons of gods. This is one of them, Taraxus the Undefeated.

Every leaving creature in Ilva is aware of his enormous body structure. He truly is 2.3 meters tall, possibly the tallest Human that ever existed. He is so strong and scary that no foe ever lasted for long when came up against him, even though he prefers to fight unarmored and unarmed. The only weapon he ever uses - in time of need - is his 2 axes, and his jaw is the only part of his body constantly protected by a piece of armor, due to a specific incident during his childhood that forced him to wear his jaw – armor for lifetime.

Taraxus doubtless is a fearsome fighter, but –strange though it seems – that is not his strongest advantage. His real strength lies within his mind. He is possibly the most legendary strategist all over the known world. He has never lost a battle and his strategic plans revolutionized warfare. He commands the most loyal army and they would walk on fire if he asked them to, since his insight and strategy have saved their lives more than once. 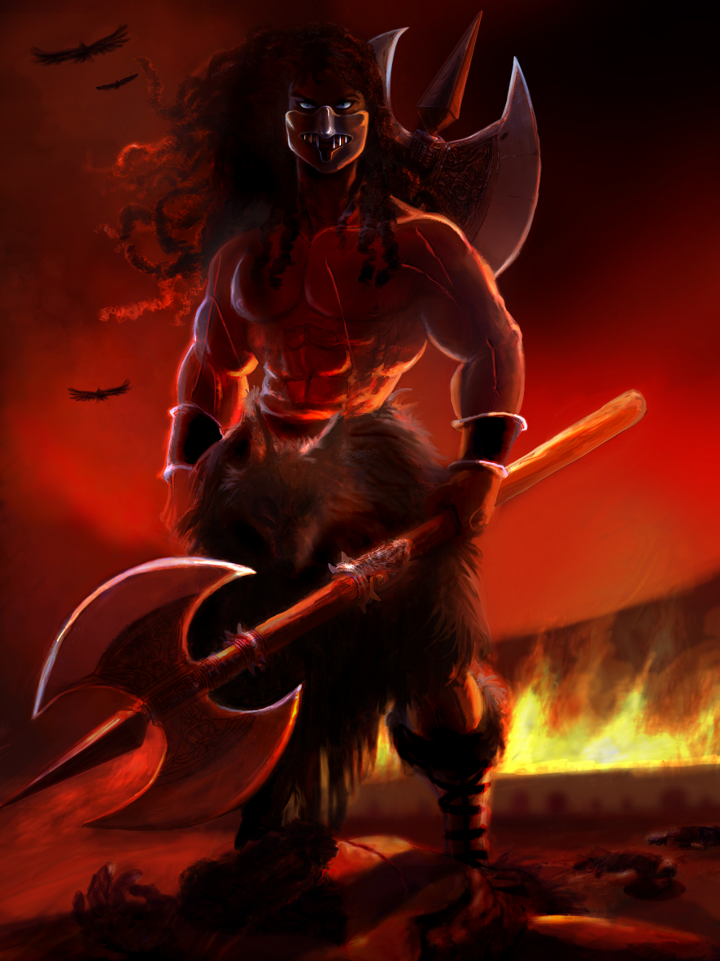