This months news post features a huge bundle of art as well as information regarding our most recent updates to Inferno as well as details on a new website!

The team has been hard at work utilizing whatever free time they've had during the summer months to ensure that content is ready for the upcoming tech demo and for the continued releases after that to ensure that we hit the quality bar we've set for ourselves. 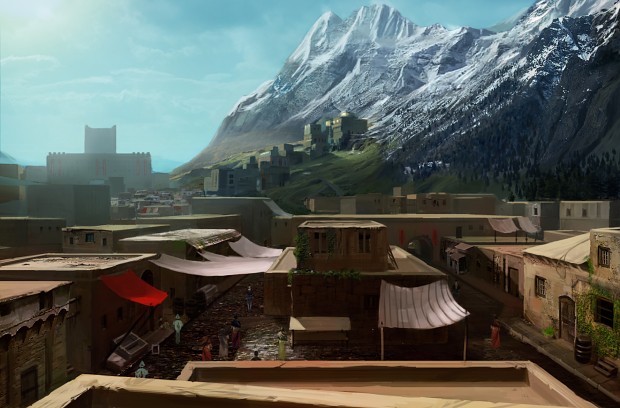 Iman has been using his skills in the dark art of programming and is progressing fairly well, we're still around a week or two away from release but we're taking our time to ensure that our foundation is well laid out as to not crumble on itself later. 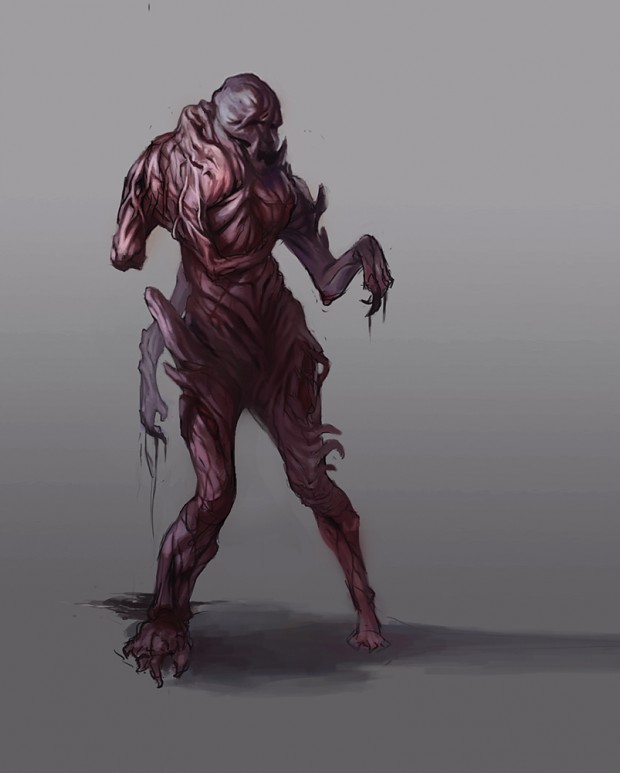 Ian has recently replaced the default UDK rocks within Inferno with our own custom rocks and it has completely changed the way the level looks; he's currently working on creating the tunnels that will be within the Snow Arena. 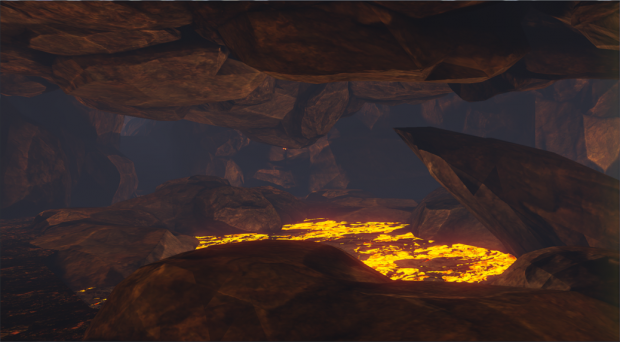 Colin has been progressing slowly but is just about done with his conceptual stage of the Plains Arena and will be moving onto Asset Population soon but more on that below. 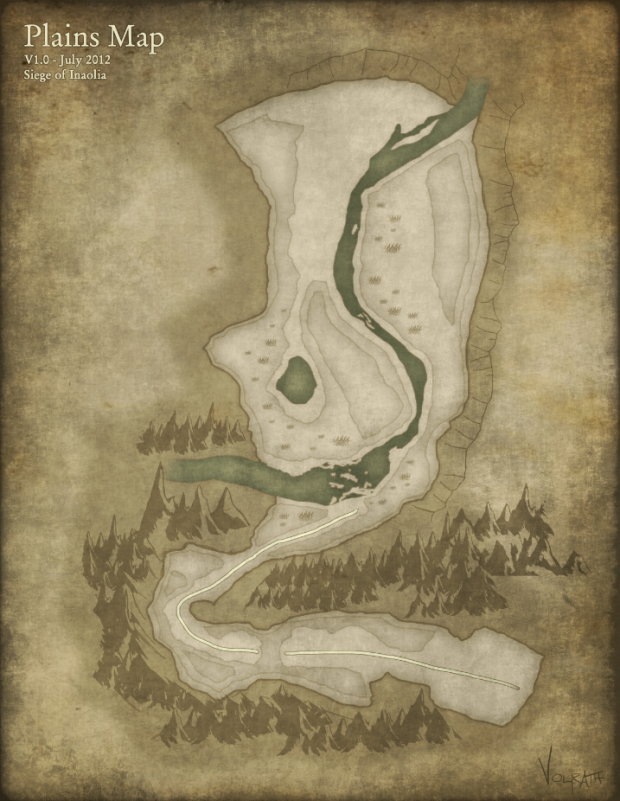 Since our last news post we've had two new members join our team, Tyler Scarlet and Justin Spice are both equally talented concept artists who will be working alongside Christopher and are responsible for the Ogre Concept, Slums Concept and Screecher Daemon Concept respectively and you'll see those pieces scattered within the post. 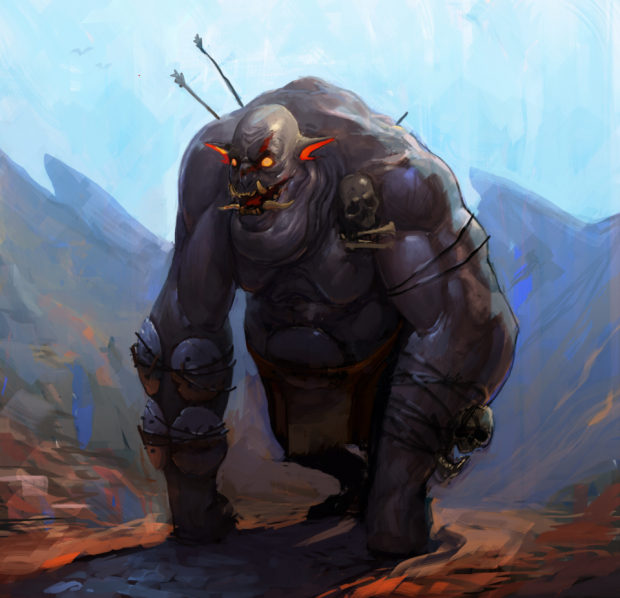 Catalin is also back with us after being tied up at work and is currently busy doing a re-texture of the Gate as the explore able innards of the gate are just too low resolution to be visually pleasing but it will be fixed soon!

Marcus has been busy with his day job and a freelance gig but soon will be back to finish up the mongol inspired weapon set he's crafting for all the orcs so that they have a consistent visual style, however he has completed work on the Orc Archer and Ill be posting the render below for your viewing pleasure. 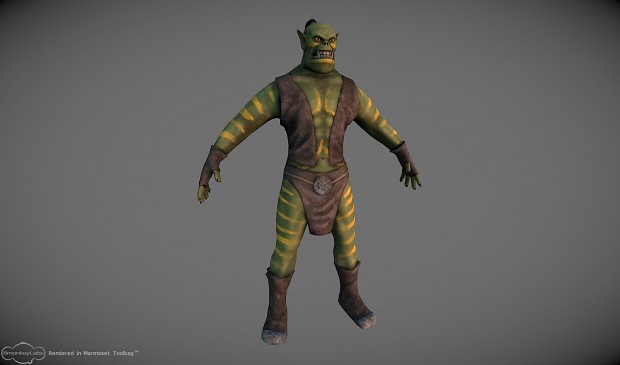 Jack has finished up most of the animations for Duncan and has moved onto creating animations for the Ravager, he's already completed the run animation as well as the attack animations; Ill be attaching video previews below.

Yeah! I've recently gone and changed up the entire website, It is now HTML5 based and features quick links to our social pages as well as being in my opinion more streamlined and cleaner and I really hope you enjoy it! If you have any suggestions or complaints please do send us a message via our contact form on the website.
Also we have Michael Wybrow and Justin Spice to thank for the amazing background that really adds a lot of flair to our website.

Updates To Inferno? What About The Plain and Snow Arena?


Inferno has undergone some massive changes, Ian has removed nearly all of the default UDK content and is currently in the process of replacing the floor tiles once that's done the level should be a completely populated with our own content and marks a good step forward for us, unfortunately we don't have updated screenshots for you guys to ogle at but we'll definitely post it sometime in the following week. As for the Plains arena Colin has created some gorgeous art but wants to give it a bit of color before showing it off to the public. The Snow arena is still in its infancy but work is being done albeit slowly due to the fact that we had to work on updating Inferno. 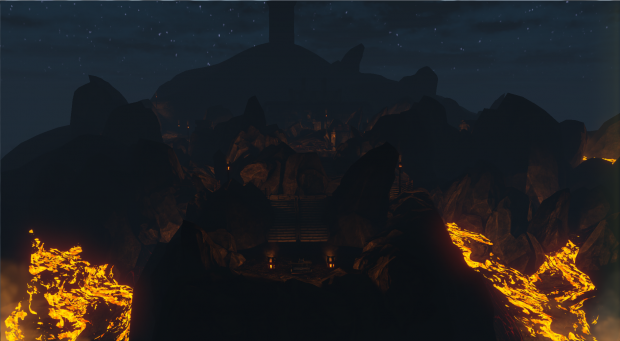 Do Track us on IndieDB for the latest updates, you can also Subscribe to us on YouTube, Like us on Facebook, be sure to check out our Official Website and Follow us on Twitter.It makes a huge difference to us knowing that we've got fans out there rooting for us so be sure to tell your friends about us, don't be afraid to leave a comment below just for the heck of it and thanks for your time!

It's all such great news, I can't wait for this tech demo, aha.

Haha! Thanks! I cant wait for it either!

Looks good. Some gameplay or tech video would be great though.

Soon! We're close to having something really great but we'll definitely put up something before the end of next month!