Here I list the major changes I want to make to my current demo (and the game in general) and explain my reasons for it.

If you've followed the development of this game you'll probably notice that I didn't publish my demo in Steam for February's festival like I said I would several times. That's because I decided the demo wasn't good enough at the time so I needed to give it more "time in the oven" by adding new features and content and wait until the next Steam festival instead (kind of a hard decision but I can assure you I didn't take it lightly).

While basic combat works fine I realized not only I needed more features (like melee and special attacks or weapons) but also a change to how enemies are found and engaged by the player. Having them all visible from the beginning reduces tactical movement and exploration so I decided to implement Fog of War.

The general idea is that you will find groups of enemies and a "Initiative Roll" will be made that will determine if these enemies react immediately or not, they could be surprised and do nothing, be alert and run to cover or be ready for combat and take a few reaction shots. All of this determined by a roll of a dice plus other variables.

Of course, I'm also working in other features like Melee combat (which probably requires little explanation):

New Content (or how I decided to improve my artistic level)

I'm first and foremost a programmer but being an indiedev (especially a solo one) forces you to learn new things. My artistic skills are far from professional but I decided to take the risk of making new character models on my own. This is in part because I can't depend of store assets anymore (lots of games using the same soldier and alien models) but also because I want to find a specific style for the game now (more on this at the end of the article) so it feels less generic.

I started with a new soldier class: the Raider. These raiders will be melee/ranged assault units, basically "pure pirates" so their aesthetic needs to reflect that by being more gritty and brutal than the generic soldiers I've been using: 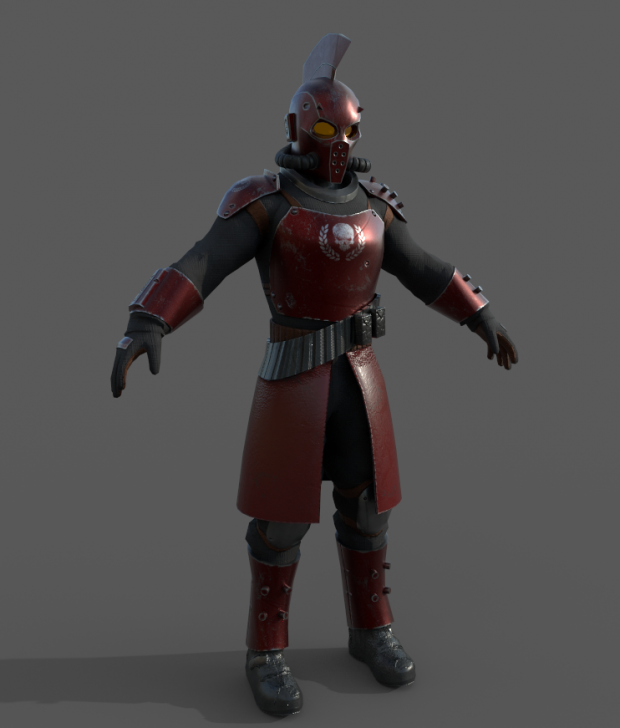 The priority is to make new models for all soldier classes (Raider, Mercenary, Engineer, Assassin and Techno Sorcerer), interchangeable heads and textures for customization, a couple of alien variations and a few extra weapons but if I have enough time I would like to create new enemies and environments by myself.

Adding new content and features is fine but what about the style and setting? For style I've been experimenting with stylized shaders for a cel shade look (nothing final yet of course): 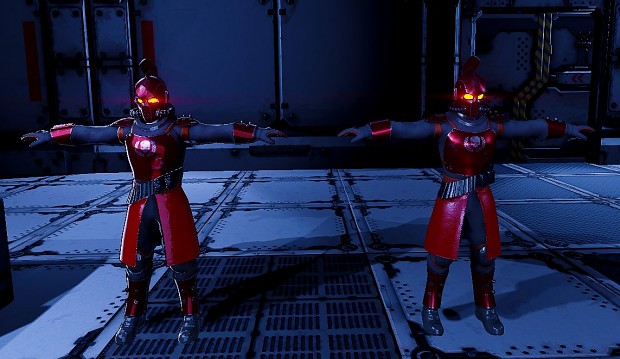 Now style depends heavily in the setting of the game so this required more thought.

First, let me be clear: this game is about space pirates and that won't change. But how do you make a less generic world for the game? after thinking about it I decided to combine two ideas for worlds I had: the first one was a generic sci fi world with militaristic humans fighting aliens of several kinds, the second was a sci fi/fantasy world where the line between tech and magic is thin, where shackled eldritch horrors are used as jump drives, where exotic resources like mana crystals are used in generators and weapons, where techno sorcerers use magic to fight and navigate across space.

This new world requires a new style and therefore new assets that I can't just buy, I need to make and that's the great gamble I'm taking here. Am I good enough as a 3D artist to make this vision a reality? Only time (and feedback) will tell.