Check out some of the carriers and larger capital ships we've been working on.

As fun as agile medium-sized capital ships are, sometimes you just want to sit back and blow stuff up, or send countless waves of fighters to do your bidding. Pictured below are the Blackjack class Battleship, Gamble class Fleet Carrier, as well as an EMPOL fighter/bomber. You can also see their AIAD counterparts.
While we use the word capital ships to describe pretty much any ship larger than a fighter in our universe, these vessels live up to the modern definition of a capital ship - the largest class of ship, housing a fleet's most important destructive assets, which a fleet serves to protect.
We're still optimizing and building the back-end for fighters. What we can tell you is that there will be multiple fighter types, as well as different overall strategies for using carriers.

We're still optimizing and building the back-end for fighters. What we can tell you is that there will be multiple fighter types, as well as different overall strategies for using carriers. 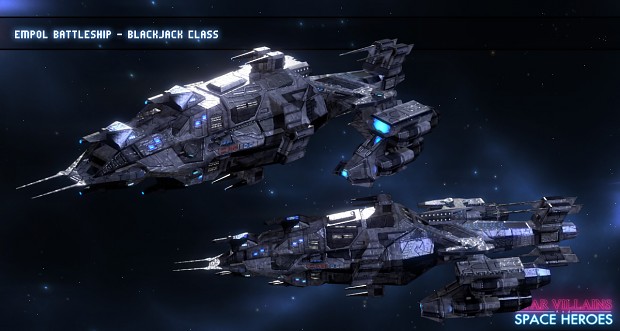 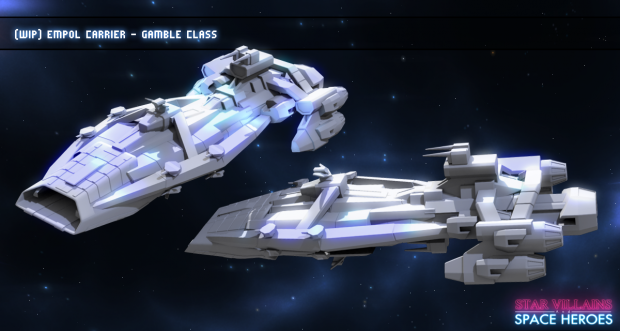 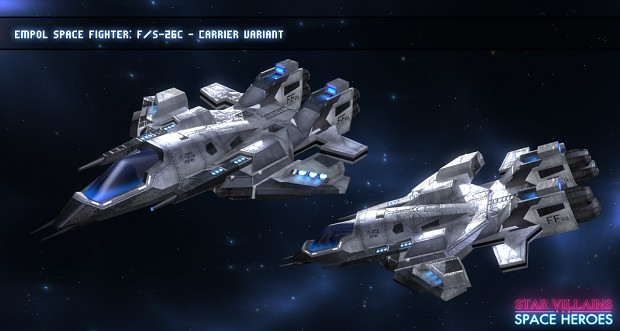 EMPOL's carriers will be reasonably well armed, and feature a moderate amount of well-rounded fighters and bombers. They'll require less micro, and you can more easily participate in the battle directly. 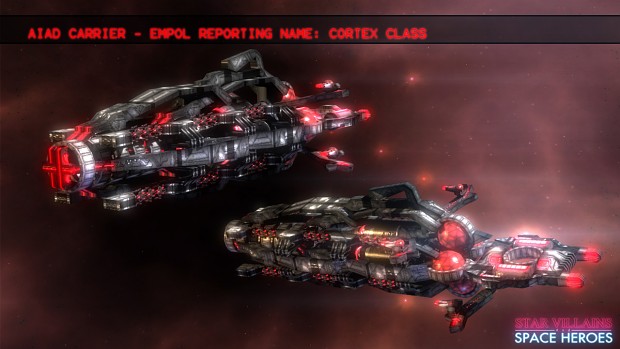 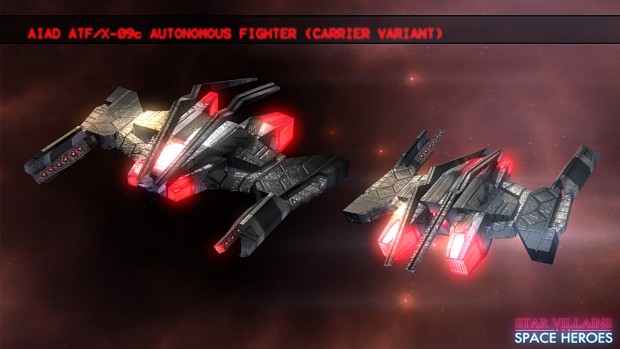 By contrast, AIAD philosophy is to use single-function carriers which carry greater numbers of fighters. It will be important to keep these ships farther from the center of combat, and make full use of their numerous fighter wings, using the new fighter control screen.

Additionally, we're starting up a development blog over here, which will be updated relatively frequently with musings, fun facts and work-in-progress images by me and Alex.

So, by "countless" waves of fighters... How "countless" are we talking? Is the game capable of handling hundreds at a time?

That's a great question. We're still actually a little ways away from doing performance testing under full combat conditions to determine what the general upper limit for fighters in a given battle will be. We're designing the fighter mechanics as efficiently as possible for lots of fighters though, and since carriers have fewer weapons than other ships, they also use less computation, leaving more room for lots of fighters.

Another limiting factor may stem from trying to command very large numbers of fighter squadrons individually. For that reason carriers and the like will each be assigned a manageable number of fighter squadrons, 4-6 for example. But When multiple carriers are involved in battles, the actual number of fighters on screen can be quite high. We'll be sure to post more details about this as we gather more data through testing, and begin to implement fully functional carriers!

I think it's safe to say you can have lots of fighters in a battle if you want. I know we do.