I'm Sara and I create this mod. I know that is a very big project, but I believe that I will finish it. From years I dreamed on mod in Tolkien's world to Shogun 2 and I want make this.
Now I want show you what I currently working on. In the last time I maked a project campaign map (with planned provinces, factions e.t.c.) and in last days I started to work on functional campaign map. It's very hard work but I make progress. So, you propably want to know, how big will be new map? It will be best if I show it: 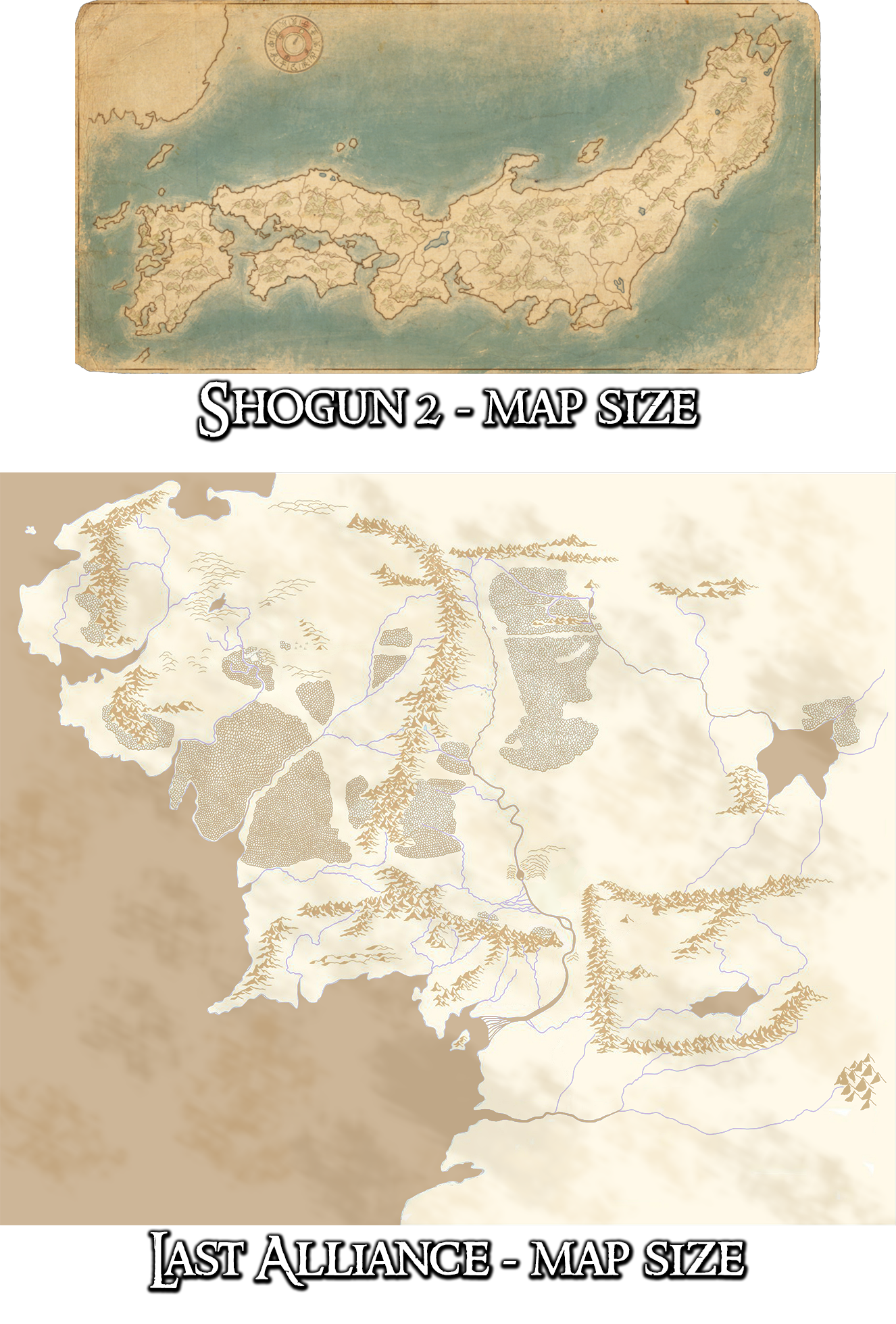 Yes, campaign map in Last Alliance: TW will be much bigger than map from Sengoku campaign. I want put in on this map 122 provinces and 44 factions. Why only 122 provinces if Shogun 2 limit is 255 provinces? In Second Age Middle-Earth was not very urbanized, many cities not exist yet (as Dale or Edoras), but I don't exclude that I add more provinces in future. Anyway, currently plan on the provinces looks like: 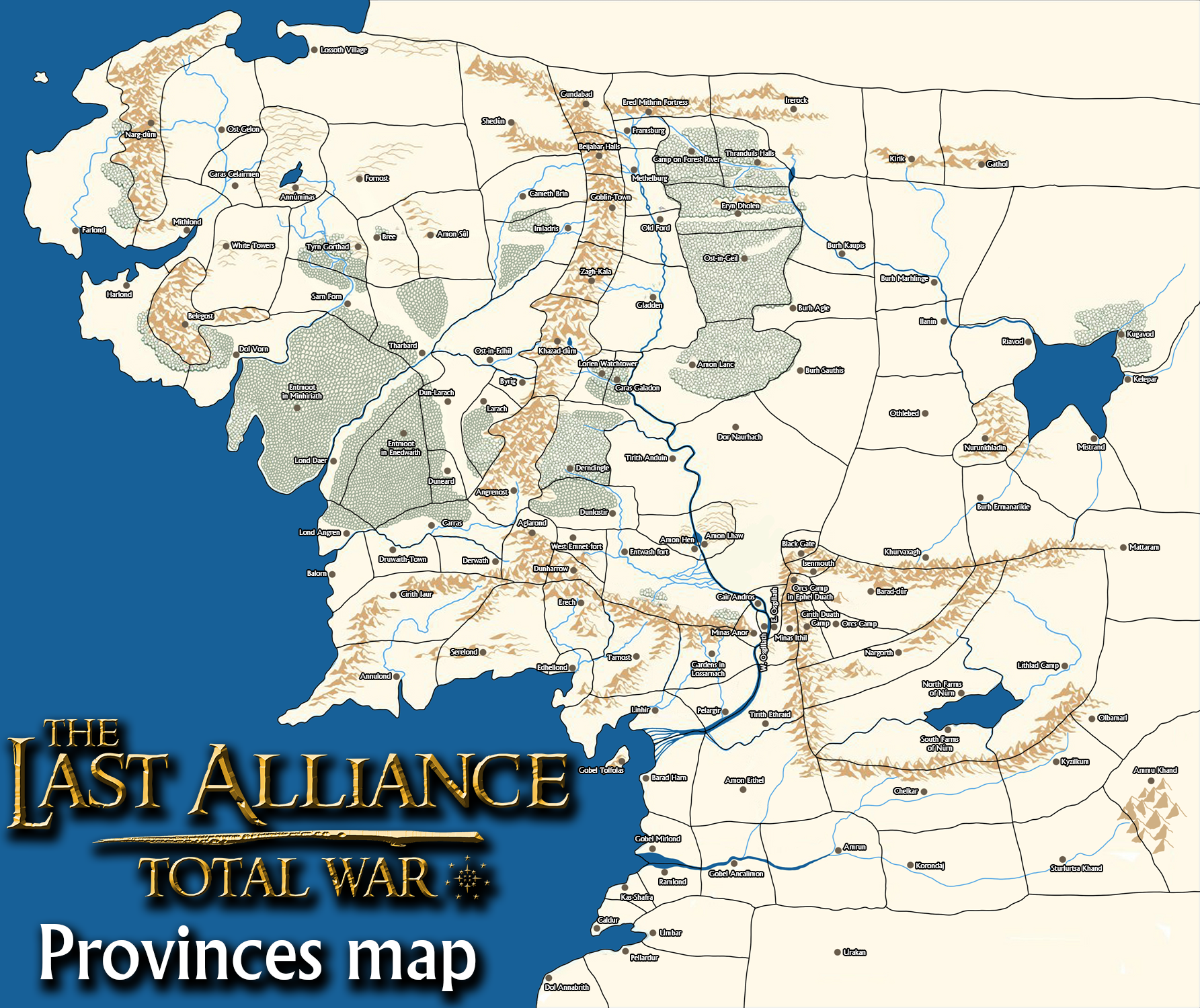 On end, I have first screenshots from pre-alpha version (no details, only cities) of campaign map ^^ 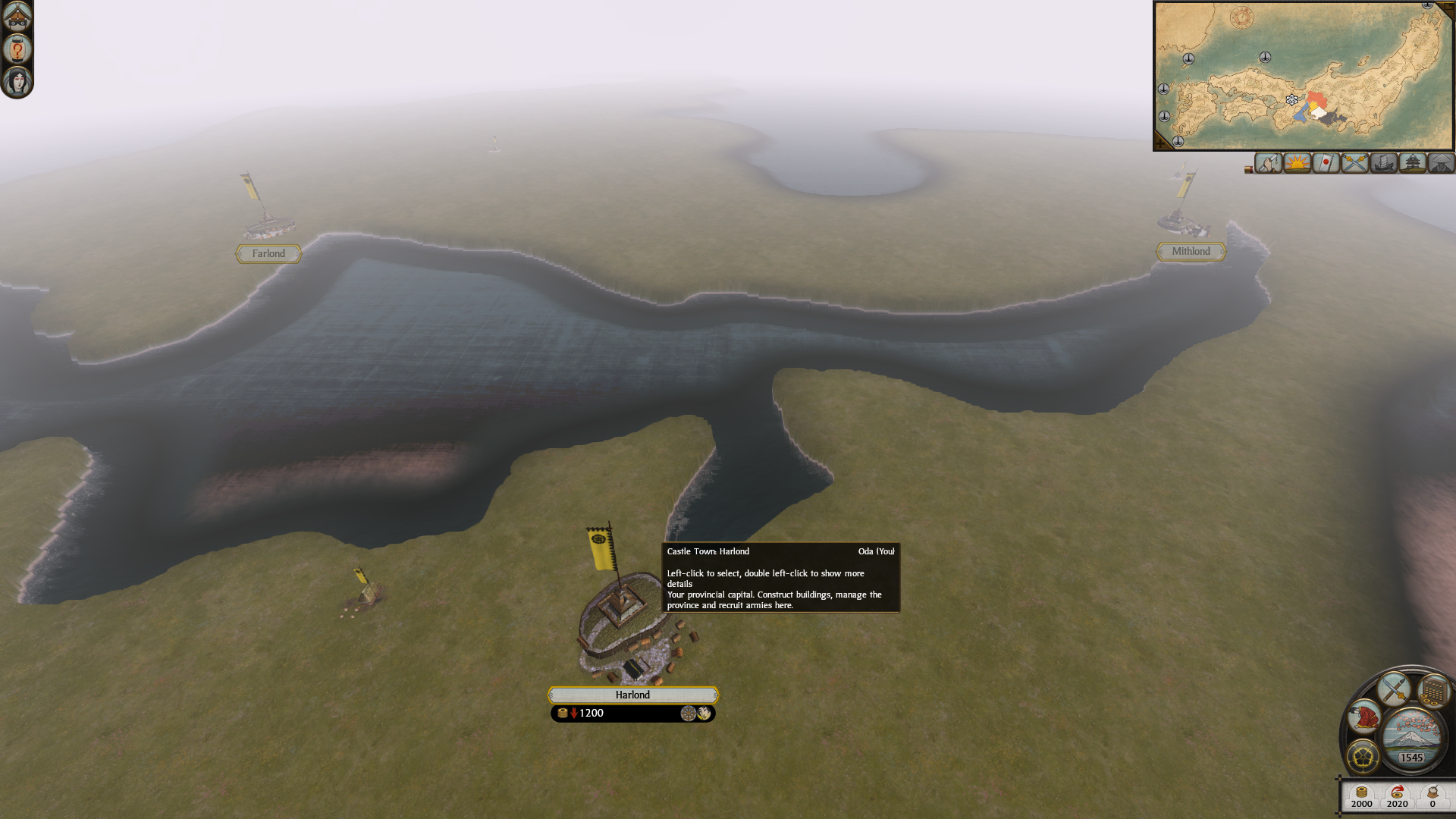 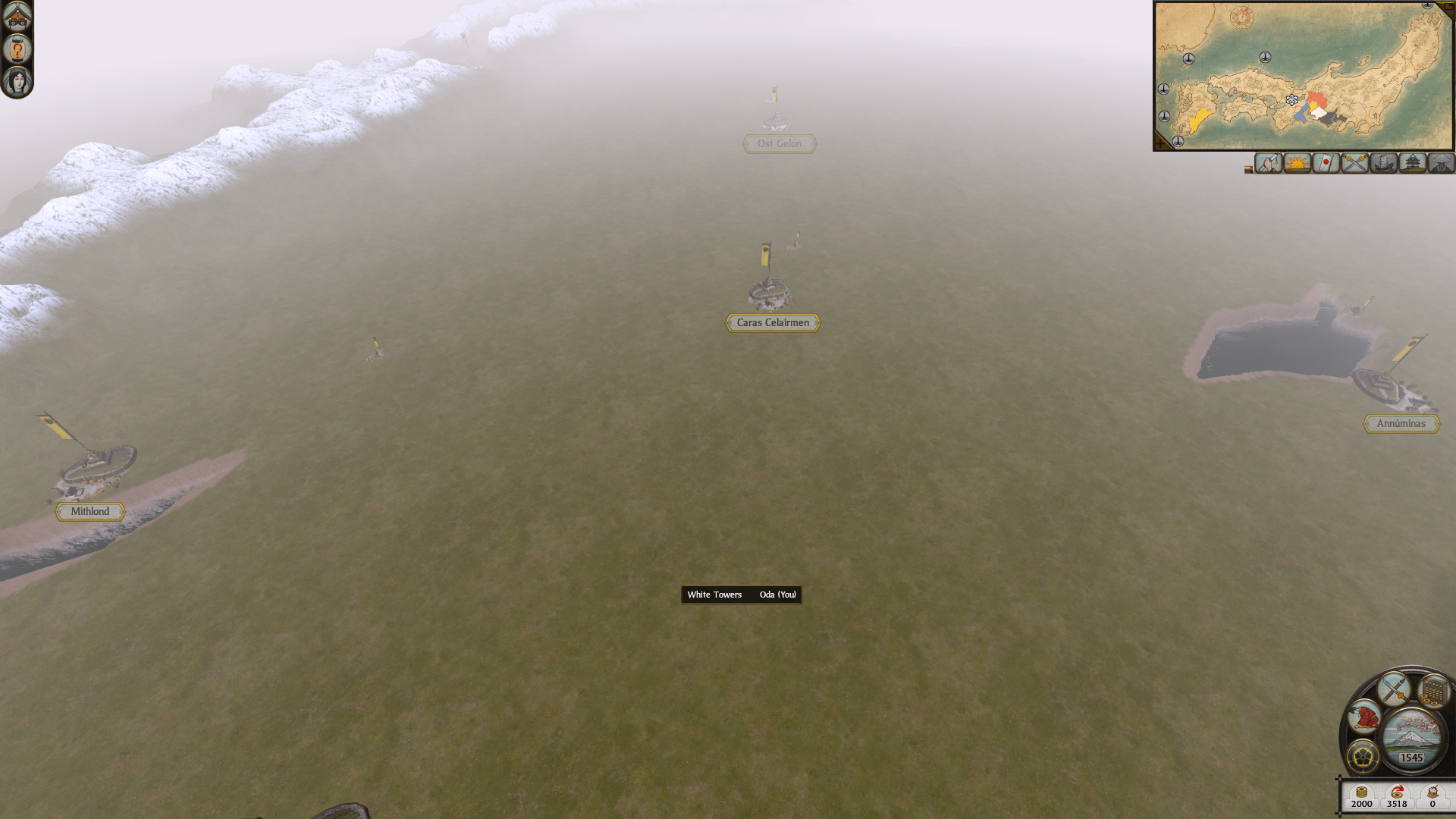 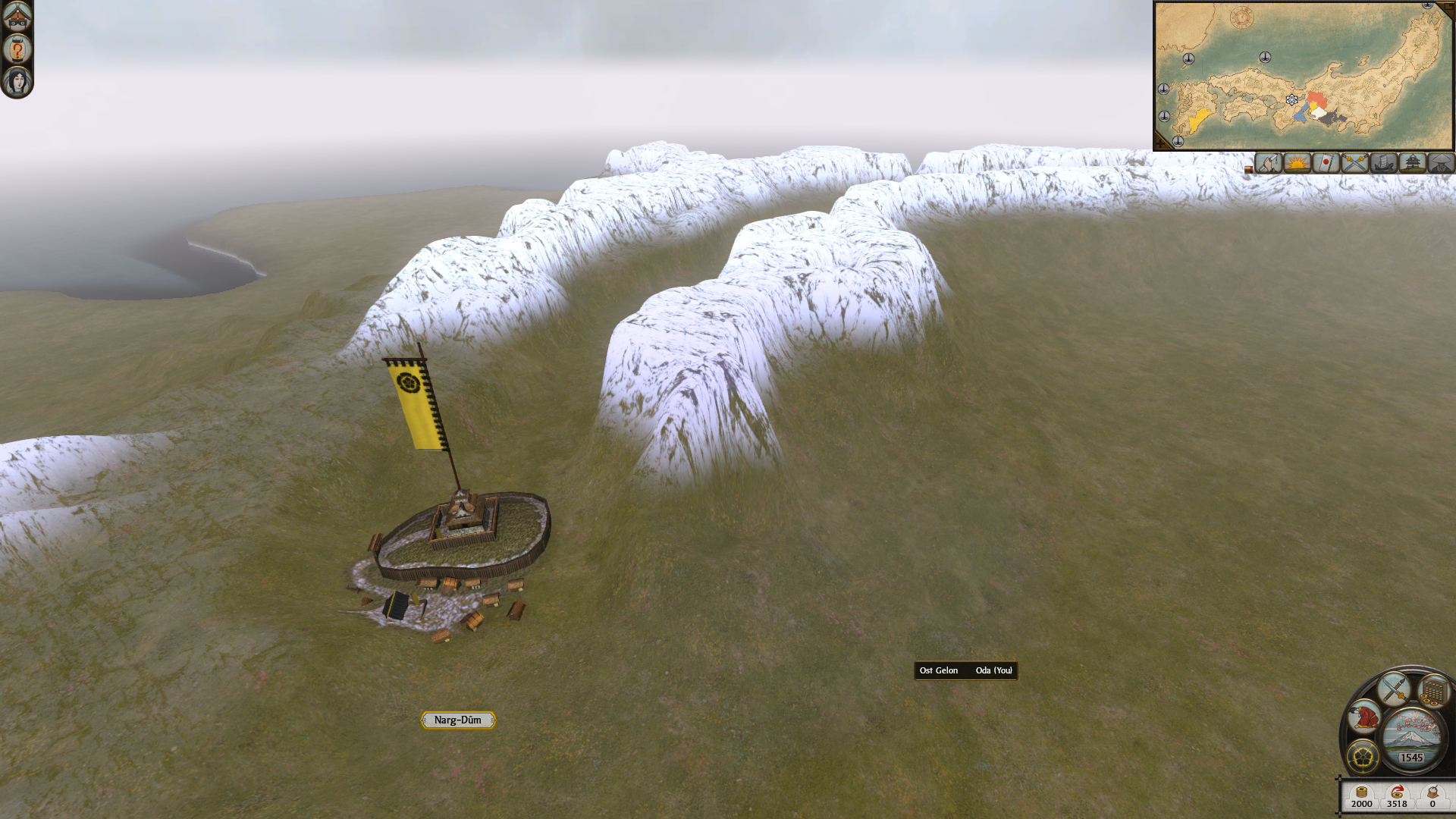 Soon, I'll give more information about the campaign ;)