It's done, the 4. alpha of bombzone refueled is out. I've added a new theme and a lot of new extras. By the way i fixed a lot of bugs, too ;). The game logic of the colorize modes changed and more classic maps where added.

The new theme has the name "Tutorial Theme". Later i will use this theme for some tutorial level to lern how to play this game and how to use the extras in the right way. For now, this theme has 6 different maps, where you can play and use all new extras.

Hier is a screenshot of the theme: 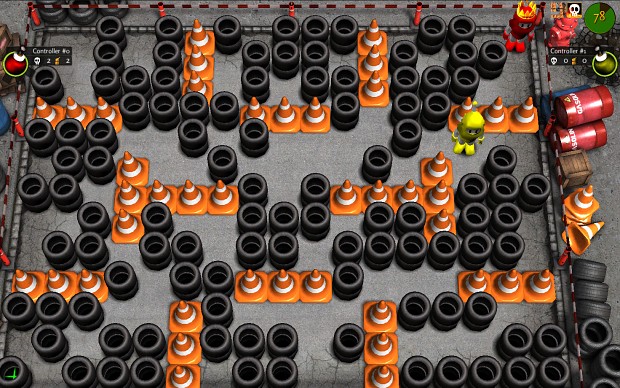 When playing the classic theme, you can only use a handful of extras, because i want to keep the original bomberman feeling in this theme. But on one map you can use more extras, it calls "extrem" map. Here you can use all new dangerous extras like cluster, abomb, pitcher , boxer, ...

The graphic of this map looks a little bit different. It's more darker and dangerous. Dirt and dust is blowing all over the playfield and fire burns around it.

Here is a screenshot of the classic extrem map: 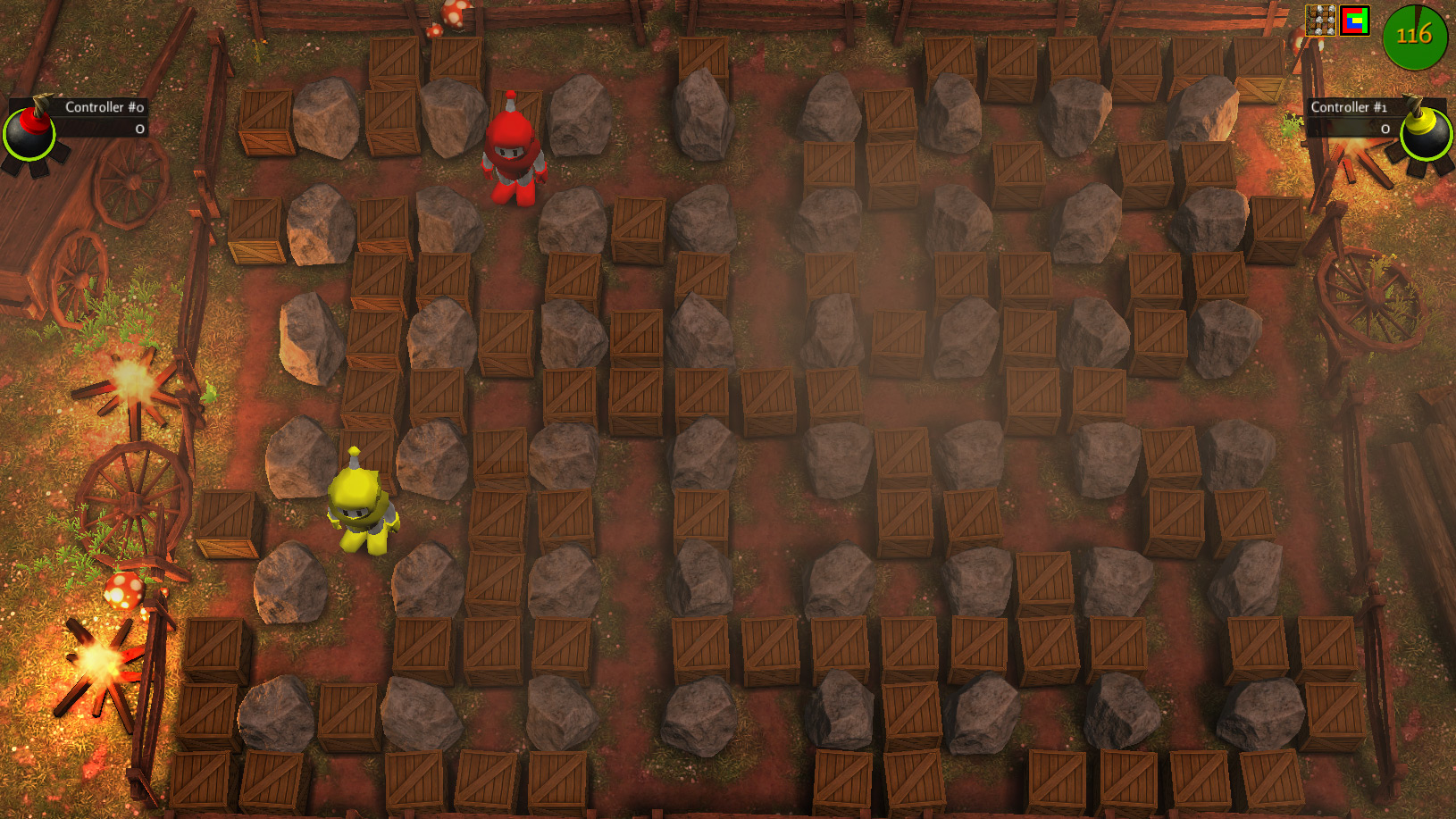 But the best thing about the new version are all the new extras.
Here is a list of all extras, you can collect:

Jelly Bomb - rolling bombs will not stop at obstacles, they will roll in the opposite direction

Trigger Bomb - bombs can by busted by playeraction

Pitcher - player can throw own bombs

Multibomb - player can drop a row of bombs

Mine - player can drop a mine, other player will lost all collected extras and get slow-disease

Health - In healthmode, player gets 25% of health back

Klickbomb - when bomb will touched, the bomb will explode immediately

Ghost - player becomes invisible, only eyes and a small shadow will be visible

Digger - player can dig and move under blocks and other obstacles

Flame - increase the explosion-radius by one field in all directions

Skull 1 - player get a disease

Clusterbomb - if activated, the exploding bomb will throw 4 new bombs in all directions

Controllerbomb - player can move one bomb in all directions

Bowler - rolling bombs can't be stopped by other bombs. other bombs will encountered to other fields

A-Bomb - explosion will not be stopped by boxes or bombs

And finally, two new gameplay video from our weekly test sessions.
The first shows the classic extrem map (deathmatch mode) and the second one shows the tutorial theme (colorize mode).