Beta 8.10 introduces a new hivefleet to Exterminatus, Leviathan, replacing the old hivefleet and Blood Ravens replacing the Ultramarines as the default chapter of space marines. The new beta also features many new and improved sounds and effects.

Since July of 2014 DontAsk4470 has been contributing new and improved features to Exterminatus to introduce a new hivefleet and new shaders compatible with Source Film Maker. Beta 8.10 is the culmination of this effort, with both races re-branded as Hivefleet Leviathan and the Blood Ravens Chapter of space marines. 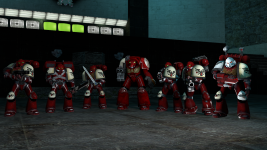 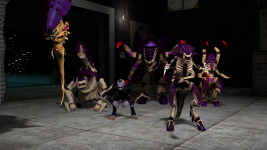 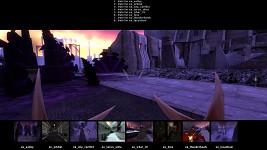 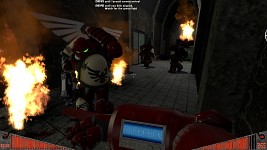 Work is in progress to update the other chapter skin packs to use the new marine skin features and cope with the change to the default chapter.

If you are one of our 1800+ watchers you may have been caught out by the mod's change of image. To go with the mod's new look I'm switching to out classic logo, the Source "tag" around the classic GW Tyranid logo.

What other forums and social networks have you posted this on? It could benefit from being posted outside of moddb, the Steam group, and the mod's website. We could also use perhaps another promotional video/trailer (gameplay or Source Filmmaker).

Cool thanks for the nice work.

ChromeAngel chose to release the Alpha 8.11 build only on his website (40ksource.com) rather than moddb.