Bionicle Heroes: Myths of Voya Nui 1.1, the probably Final Release of the mod! 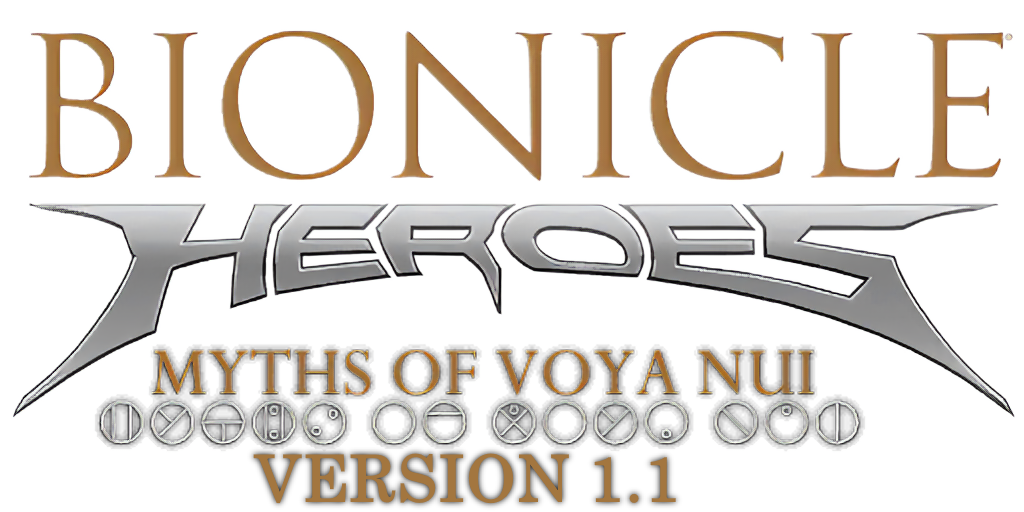 Hi all! The response to Myths of Voya Nui has been incredible, with people asking lots of questions, writing about the mod on blogs, and we've also had a lot of luck in establishing a burgeoning modding community on Discord! If you'd like to ask questions, get help on modding, and keep an eye on mods in development, join the discord here: Discord.gg

Now, regarding the mod - with this release, I am probably done with the mod. I've made all the changes I'd like to do, and I think I've pushed the game as far as I'd like to. If there's any other major issues or bugs discovered there might be an additional patch to resolve them, but for now, this is the final release. Special thanks for help with this particular release goes once again to Sl0th, who figured out how to hex edit the .exe and fix the Bohrok names, and Clatronix, who was responsible for many of the fixes to the mask textures in the unlock archives.

Myths of Voya Nui is comprised of many experimental changes to a game that isn't designed to be modded. As such, there's a lot that could go wrong. That being said, not a lot did! There were a few issues that needed to be resolved, though I also took the opportunity to fix a problem present with Bionicle Heroes from the start whilst I was here.

-Fixed progression blocker in Water1 regarding the inaccessible Kongu+ constraction - initial door cogs now spawn a Kongu and Hahli mask to allow the player to use this constraction and achieve 100% completion in the mod.

-Fixed hard crash in Piraka Playground due to missing Piraka LODs - these have been reimplemented into the game so the crash no longer occurs.

-Fixed Bohrok descriptions in the archives - this required manually hex editing the .exe, and changing string files in the game, but the Bohrok are no longer referred to as Bohrok Kal and their archives descriptions were fixed too.

-Fixed piraka playground Piraka to have the updated worldmodel textures - they actually use a different model than their level counterparts, so I just needed to re-apply my texture changes to them 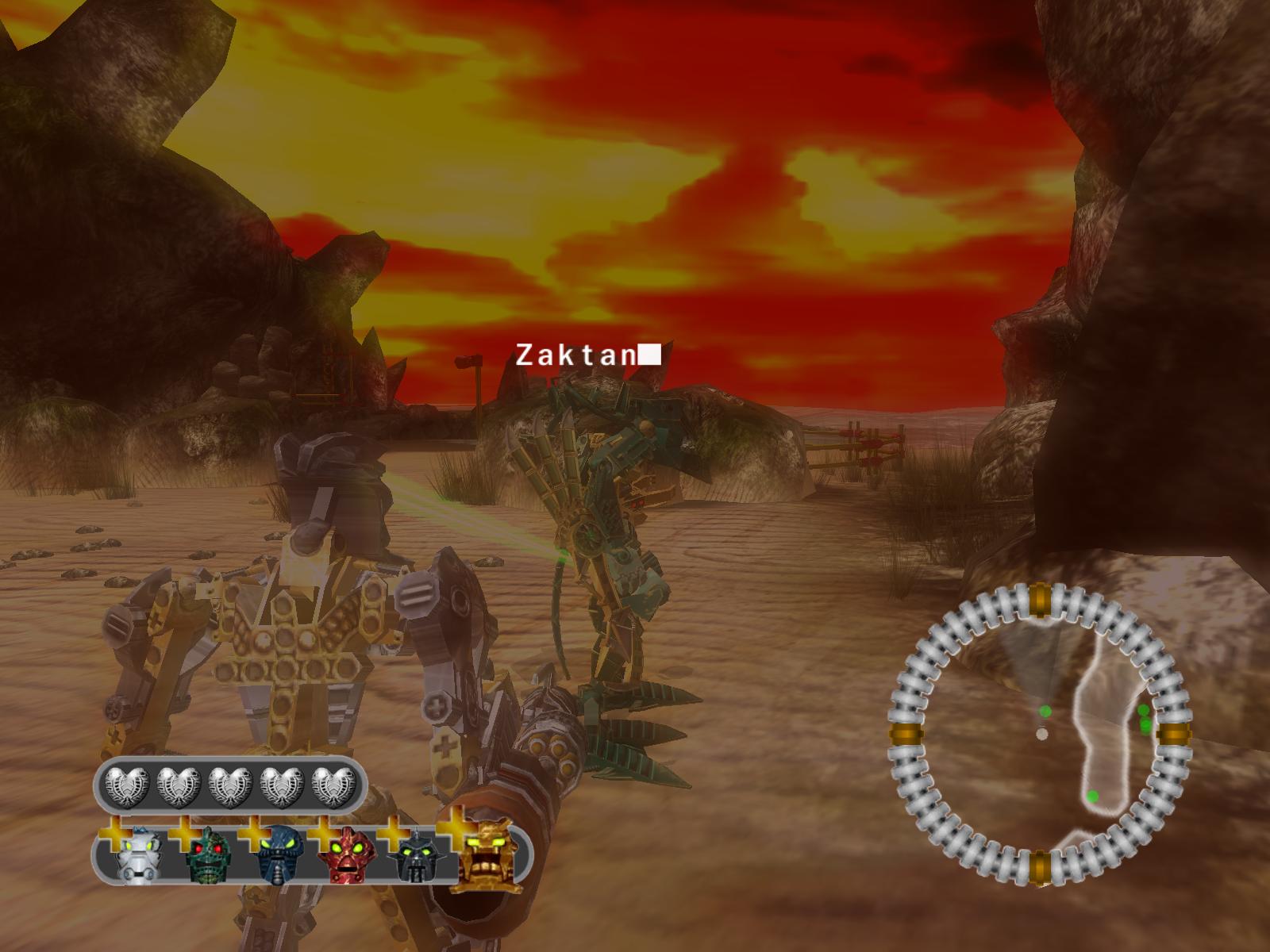 I made very few changes in the 1.0 release of Myths of Voya Nui to levels, due to not having examined them very closely. For 1.1, however, I wanted to make some more substantial changes to make a serious improvement to level flow, and how the game plays.

-Adjusted all hero mode values across all levels to make Hero Mode less prevalent. This is after lots of feedback and suggestions regarding Hero Mode being too prevalent in vanilla Bionicle Heroes, drowning out both the general gameplay and the level music. With this change, gold mode is much less common, and levels rely a bit more on standard gameplay. The exception to these changes is most boss gold values. Also, Roodaka's boss fight - previously too long, honestly, due to the repeated use of gold mode in a limited arena - has actually had the values moved down to make the fight a little less grating.

-Removed all gold constraction cutscenes (those cutaways that show the constraction's location) because it's always obvious anyway where the constraction is. This is a very commonly derided feature and removing these was an easy decision.

Whilst I already made many changes to creatures and enemies in the 1.0 release, I also felt it was possible to make further improvements, and after some investigation, cleared up a few more inconsistencies.

-Made the Fikou crab orange like the set counterpart instead of the combiner variant - a small change based on personal preference of a few people. 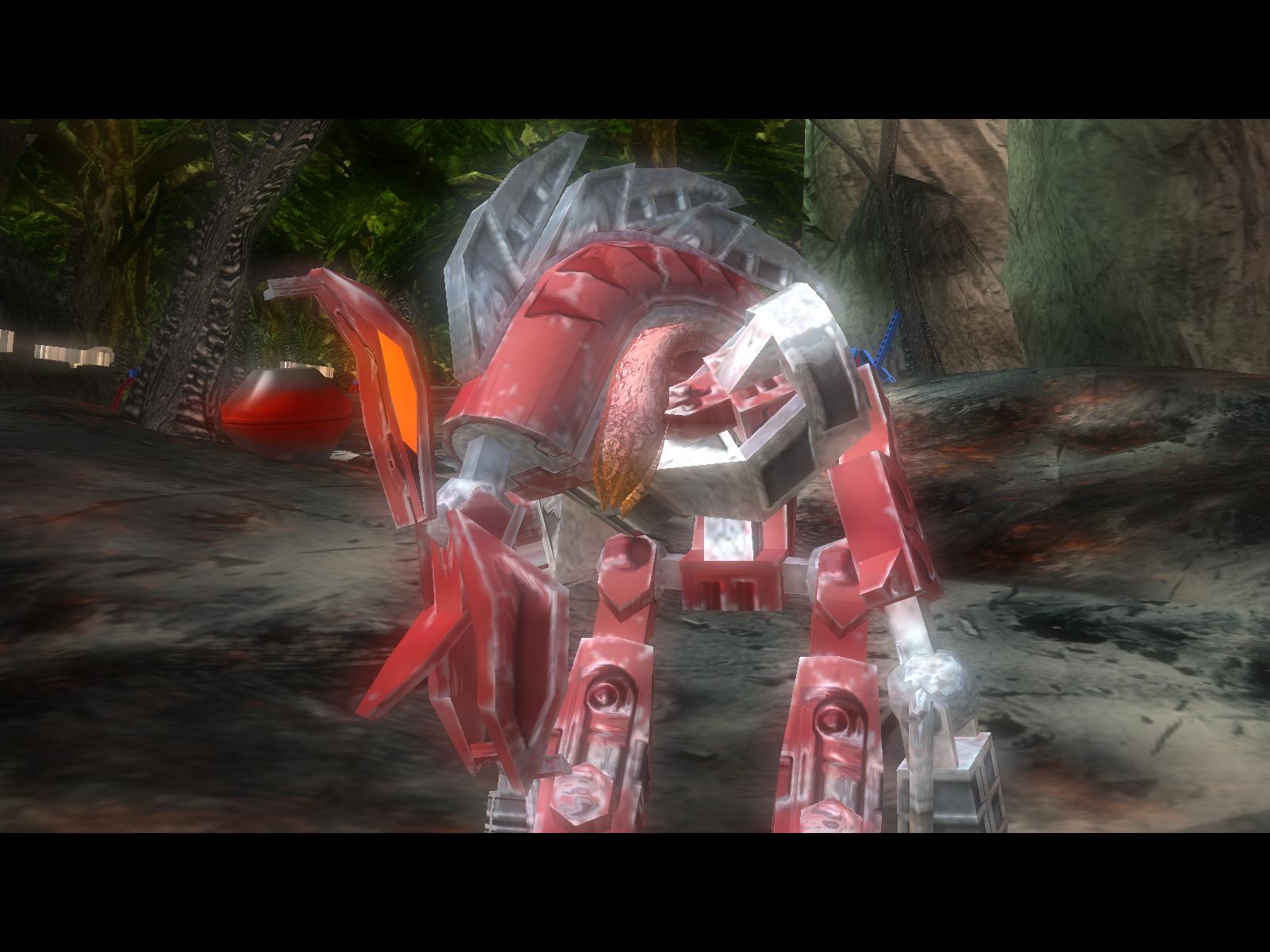 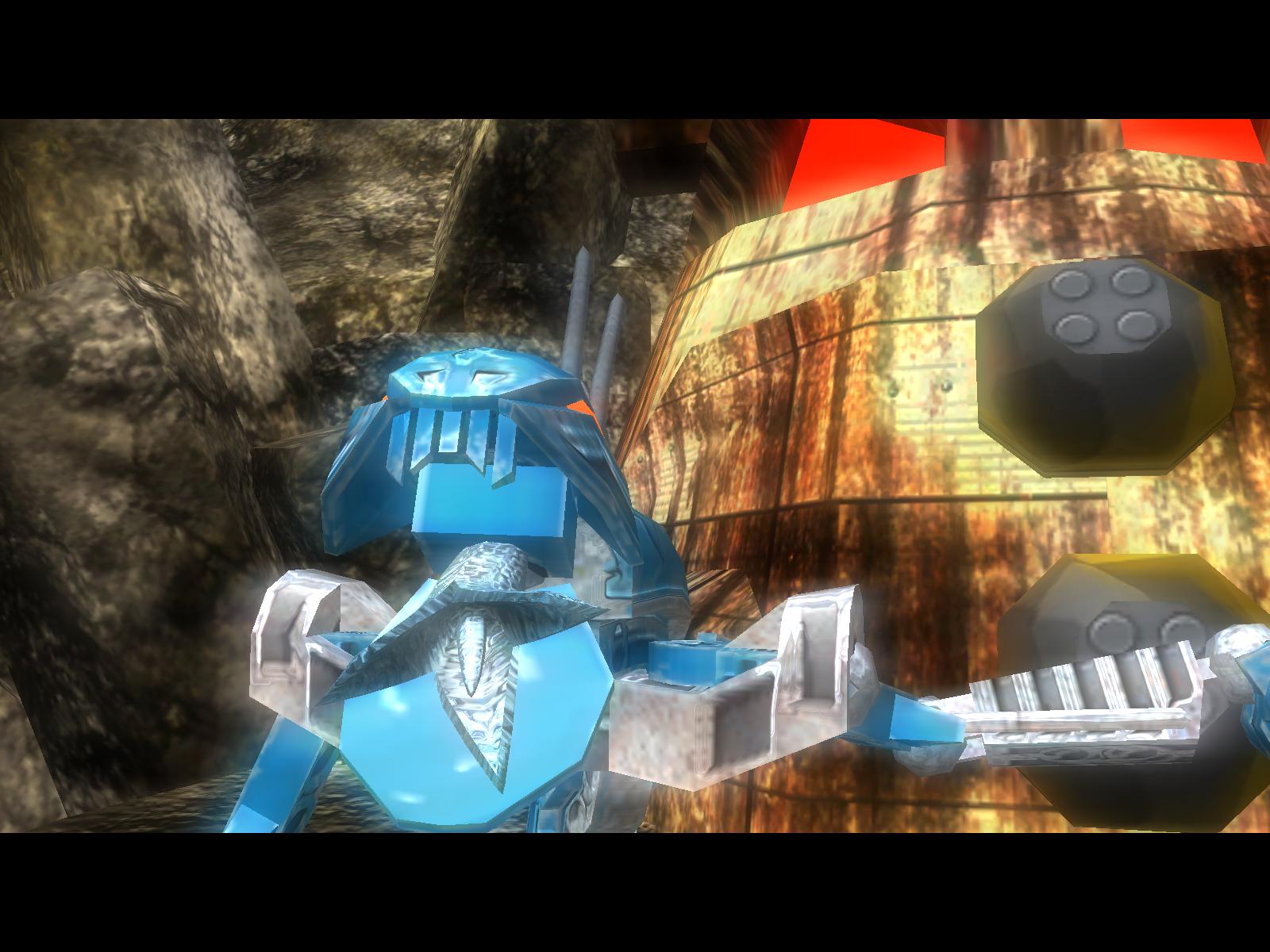 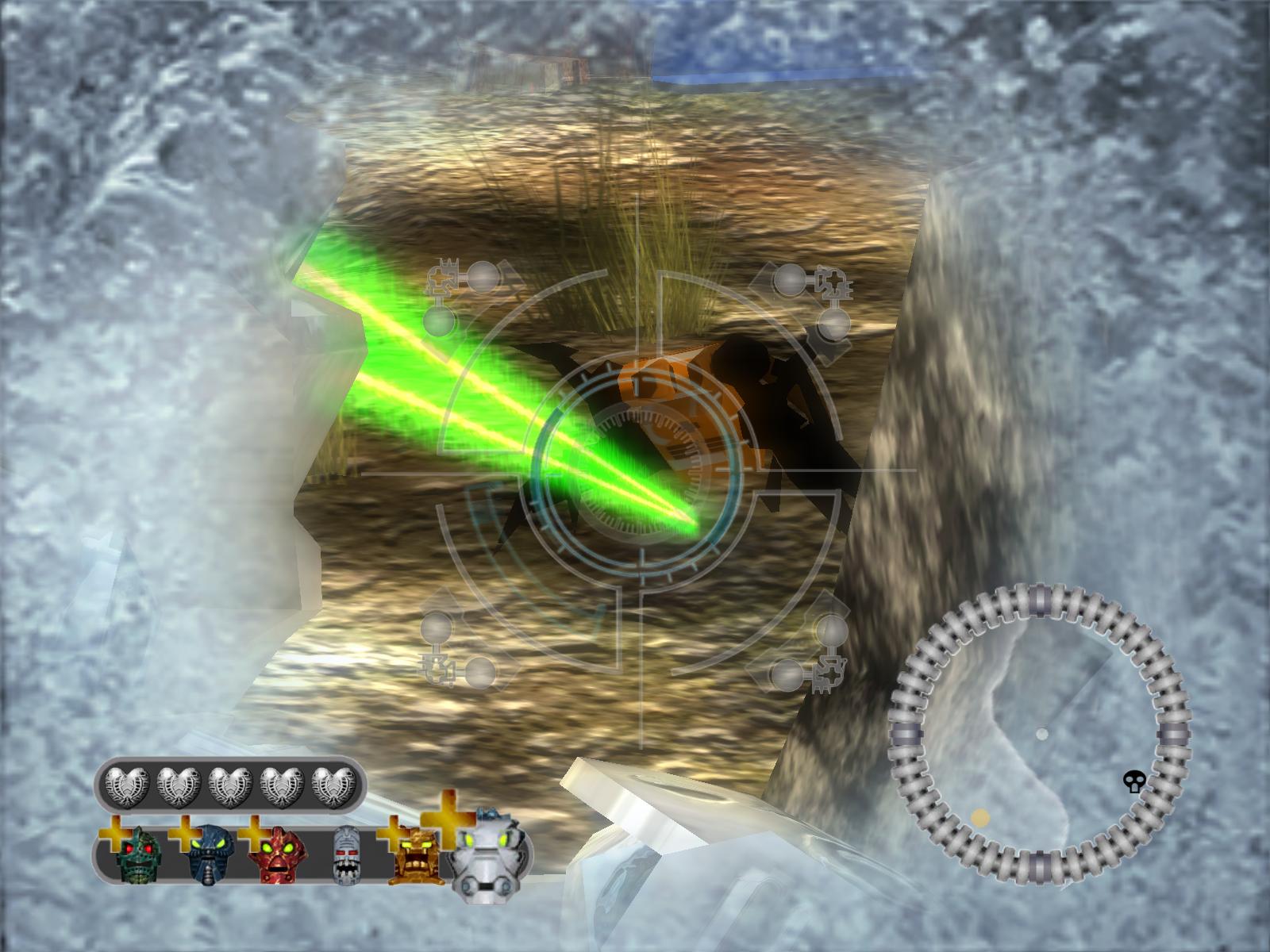 There were a number of other smaller changes visually I wanted to make - most notably to the mask archives.

-Changed the icon of the mod to make it stand out. It's a reasonably simple edit of the game's Ignika - just to help MOVN stand on its own a bit more.

-Added extra detail to the Kraahkan and Avohkii archive entries - these entries were remarkably lacking in detail compared to many other masks, so I thought I'd add a brief line to both regarding their abilities as per the 2007 Bionicle Encyclopaedia.

-Revamped unlock mask images for better quality and consistency - the quality (or lack thereof) of Heroes' unlock images is pretty commonly complained about, and I sought to rectify it. With help from Clatronix, we removed all eyes/heads behind masks (since if these masks are on their own it makes sense to not have them), and also made many masks more accurate to their set counterparts. We also fixed some of the more egregious masks with more extensive edits like the Infected Hau, or most of the Pakari variants. 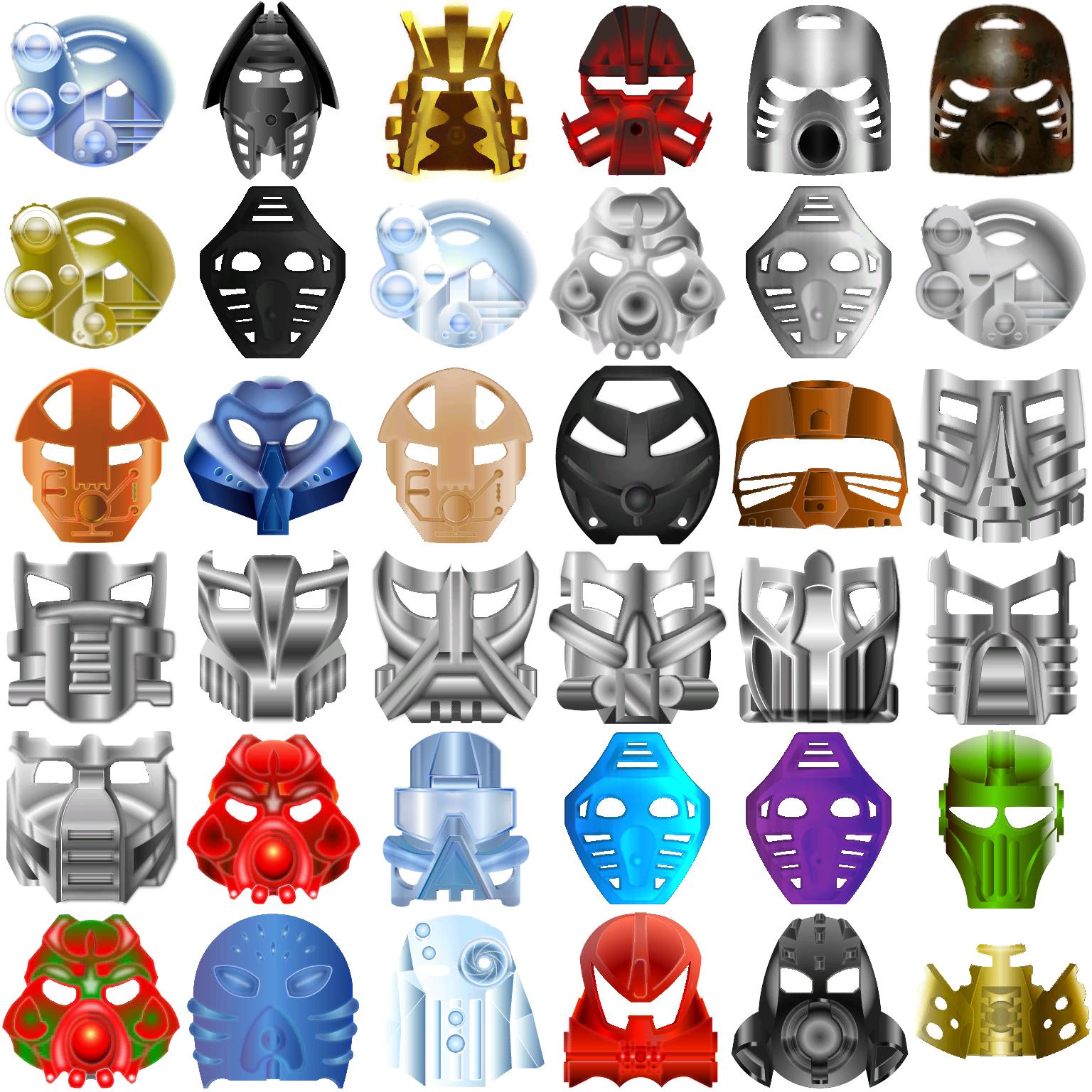 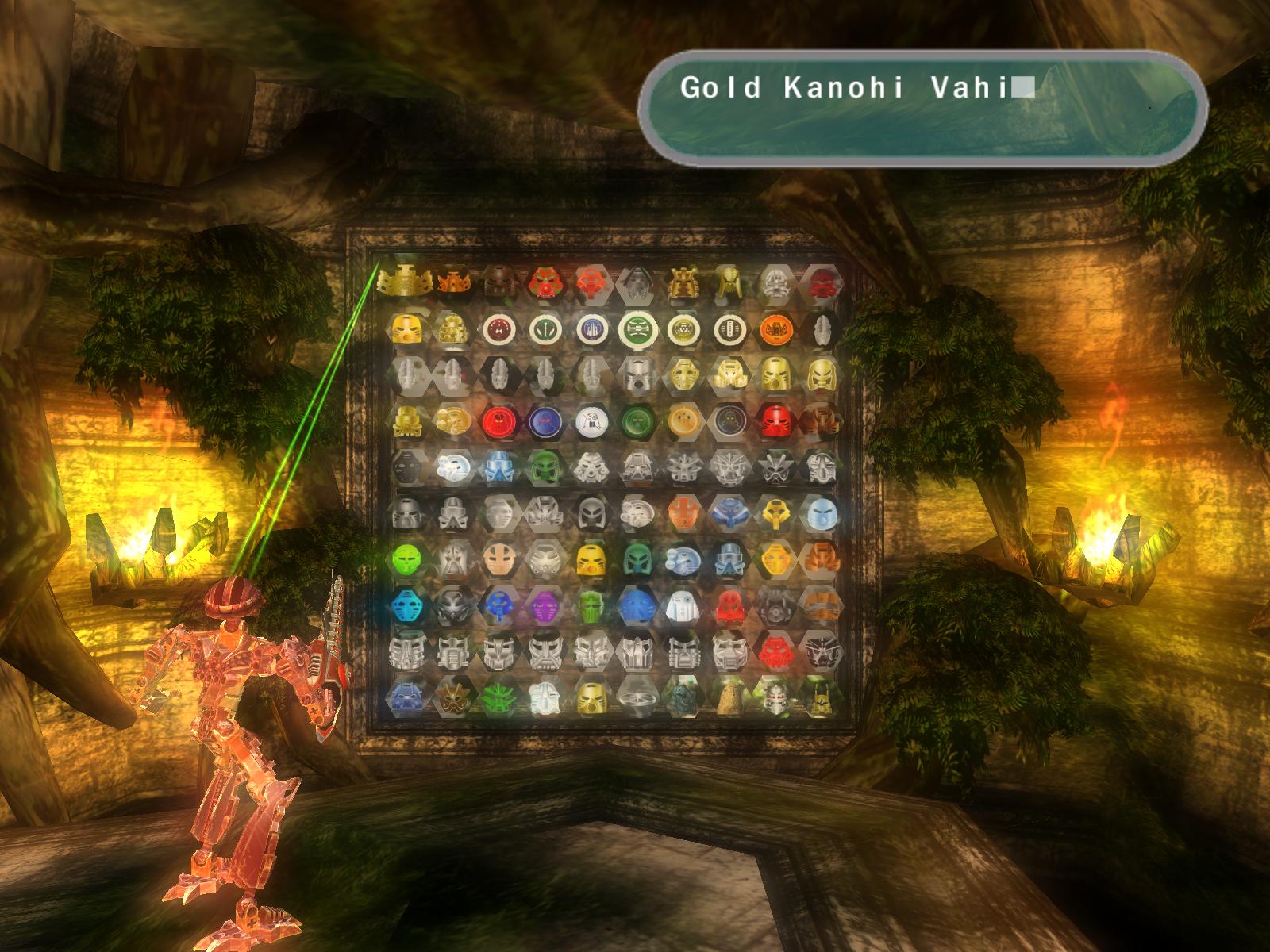 Only one thing here - I cleared up the files of some unnecessary stuff like placeholders, duplicates of old files, and other things that I either created or that were left in the Vanilla game. The result is a smaller download and a hopefully quicker-loading game.

It's been a great journey through to here, but here's where my duty to this particular mod probably ends. I'll still be working on two other projects I have planned - little things by comparison to MOVN, though they may or may not be built upon the base game instead of MOVN. I may release combined versions of them with MOVN, depending on how things go.

If there's any further issues - game-breaking issues, I mean - then there will be further patches to MOVN. Otherwise, this is where I leave off! The moddb download should be available soon. I encourage you to give it a go!