This patch primarily focuses on balancing Lost, and restructuring the Human navy. 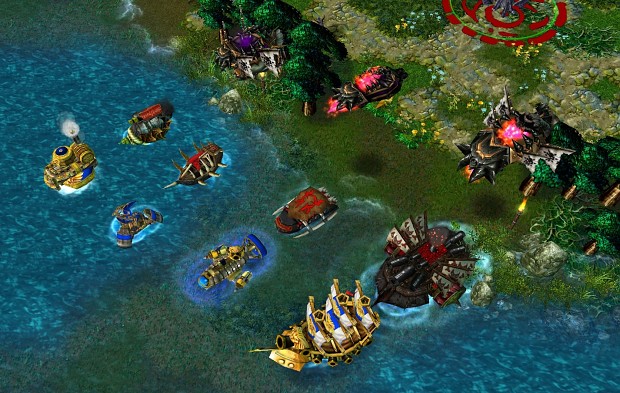 Human:
-Peasant build lists are no longer bugged after reverting from Militia
-Hopper is no longer called as part of Assault

Lost:
-Pummel now uses a GUI damage detection system to correctly trigger
-Fixed Surge description for Metasis
-Corrus description fixed
-"Must be placed on blight" sound fixed
-Palette now removes units that have insufficient mana from the unit selection. This was the only way to

All:
-Assault is now unique cast
-Further optimized how unused triggers are disabled

Battleships is a good map, it is under-played in my opinion.