Beyond Black Mesa is a short Independent fan film Inspired by the Half-Life Video Game series.

Beyond Black Mesa is a short Independent fan film Inspired by the Half-Life Video Game series. This is an action packed short film centering around Adrian Shephard and a band of resistance fighters struggling to get out a warning about the impending invasion.

This film is not HL,HL2 or Opposing Forces. It's a short fan film that takes place in the Half-Life world. Also, as a completely independent film, we wanted to have a creative voice in the movie and make it a movie that we would enjoy shooting. We took artistic freedoms and liberties, unfortunately most of those decisions were determined by our limited resources. 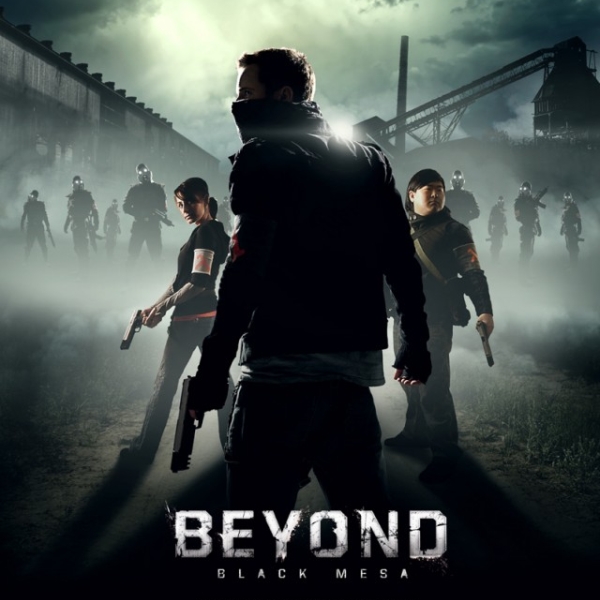 What's with the negative karma. I thought the same thing. :P

so did i, but this is still amazing!!!

Yeah realy good =] the only thing to complain about is the Zombies dont have any head crab head... but I understand that it would probobly be realy hard to Implement good. =/ awesome work though

SO AWESOME!!!!
Please ask valve if they want to do a full time movie with you guys! :P

First 5 minutes had me thinking this was Left 4 Dead.

its very impressive what they have done for just 1200 USD.

Maybe the movie, who knows... The tales of Gordon freeman?
anyway it feels like it should be some serious thinking of making a full Half-life inspired film!
Short to say: in the right hand it would be better then Half-life 2 is as a game!

I think Escape from City 17 is the Best fan movie,but this one is also great,such as graphic,shade,Uniform,poster......

Damn, this movie is really good!
Why? Because : 1.It filmed not in amateur style. It's professional work.
2. Music is very atmosfear-y. But some sounds is needed to be equalized or echoed to make effect of presence;
3.You can feel influence of Half-Life 2:Episode Three. Rebels lost Eli and world rushed. More combines came through the portal. People in abyss of despair... But there's new heroes. Not Gordon and Alyx... Guess who? By the way!!.. This guy is looks like Barney, have you noticed?