Now that the second dev cycle has come to an end, here is a quick overview into what has made the final release and what will be coming in the next dev cycles. Two new races are introduced and all ST content will not make the final release. 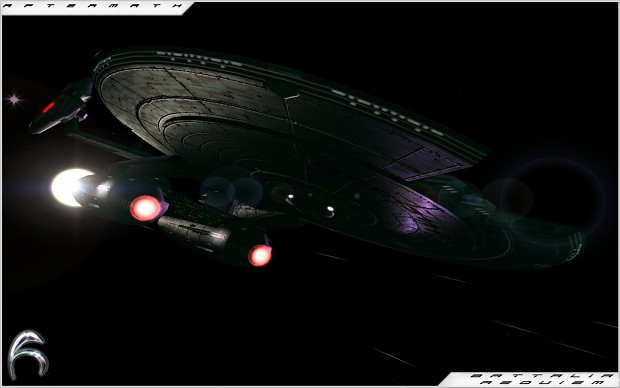 With the second dev cycle now officially finished, Battalia Requiem is getting close to its first full beta stage and closer to its actual release. The second dev cycle was a little quieter than the first one as it covered the holiday periods and generally the last few weeks of the year are usually pretty busy. New concepts were brought forward and work begun on existing concepts first shown in the first dev cycle.

There were very little changes made to the AM game engine during this cycle. Apart from a few adjustments to the glow and gamma settings not much work went into the engine as I am getting closer to a final version of the AM engine. At this stage the engine is getting towards its final stages; any further work to be made to the engine will result from extensive stress testing. The AM engine itself has been in development for around 16 months of heavy changes and extensive testing so the next couple dev cycles should see the completion of the AM engine. 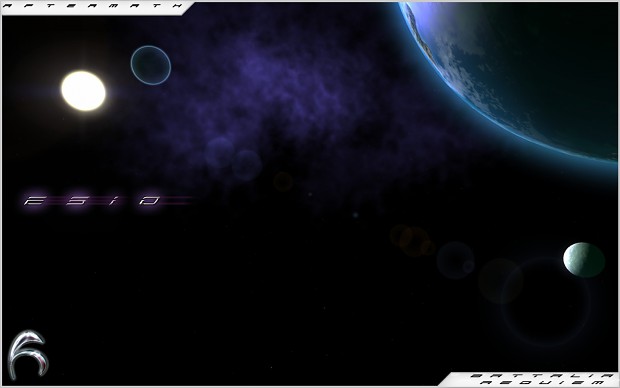 The Berratta Verge saw the next four systems officially announced. The systems that made final release are Esio, Hysan Rift, Nullabyron and Whyr Garraan. With half the Berratta Verge now officially announced, the remaining eight systems will all be announced during the third dev cycle. Once the entire locale has been created then the mode specific versions will be created. With the entire game locale all being present in each and every mode it enhances the story telling elements of the final product. Although all the systems will be finalized in the next dev cycle; all the systems are not in their final form. At the moment the systems are in their ‘bare bones' state. In total to date, there have been just under twenty maps created for Battalia Requiem and only eight have made the official release. While some maps are purely test maps, others have been full fledged systems. The full fledged systems that don't make the grade will be released throughout development.

The next part that has slowly taken shape is the new interface; both the main GUI and the in-game interface. The entire interface will differ greatly from all previous Aftermath releases and other mod offerings within Legacy. The main GUI is being developed as a ‘structure-less' menu system; with no clear buttons it has a very minimal look. As there is no need for an over-the-top interface system; the whole interface is being kept simple yet effective. This also improves interface transitions and performance. The in-game interface is currently undergoing potential new layout configurations and new concepts are being developed to maximize feel during gameplay. The new interface (both main GUI and in-game) should be finalized in the fourth dev cycle. 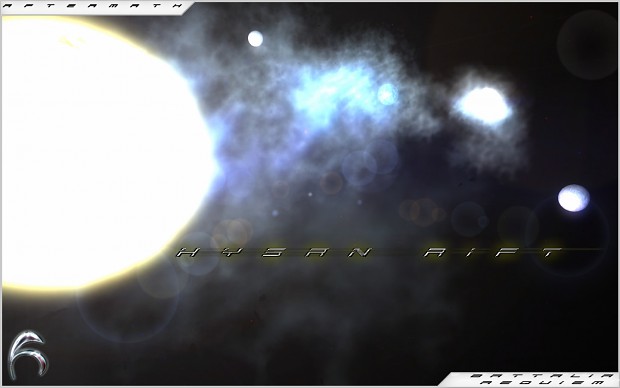 With all other areas progressing at a steady pace, one area which has been less positive has been the Star Trek components of Battalia Requiem. As Battalia Requiem is the first release to exist within the Aftermath universe, there has been a lot of difficulty in getting Star Trek to fit inside the Aftermath universe. The original concept for Battalia Requiem was to be everyone's first look into Aftermath as a new IP. During this concept there was no use of Star Trek assets. Over the last year there has been growing difficulty in changing the ST assets over to AM assets without completely alienating them in the process. As the ST assets people know for over 40 years and to turn them into something different without alienating them is difficult. The storyline that was developed to tie Star Trek to Aftermath would have alienated the entire Star Trek fanbase and broke away from the traditional feel-good story lines that the fanbase are used to seeing (aka good guy beats impossible odds against hell-bent enemy). The story line was the one for the cancelled Aftermath 3.0 release with AM assets being introduced throughout (such as the Arbitor and Mynnon races) as the Star Trek races were basically in apocalyptic mode. Apart from the story line, there was great difficulty in turning the existing ST races into AM assets; the ships were simply not working out. Around mid December all work on the ST assets stopped. Unfortunately, all the ST assets will not make the release. Battalia Requiem will release with no Star Trek content. It will stand completely on its own. 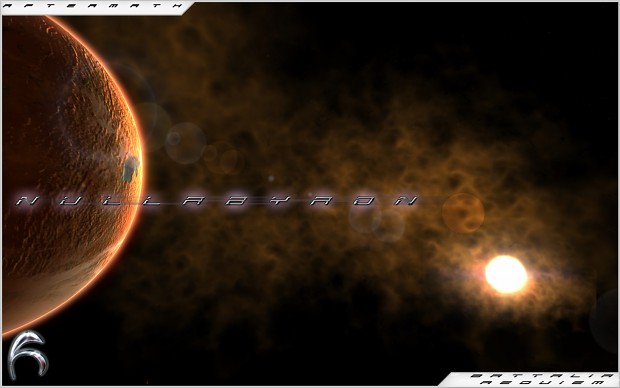 With development of the AM assets going from strength to strength and development of the ST assets going nowhere; the decision was made to drop all Star Trek assets from Battalia Requiem and go ahead with the original plan of having Battalia Requiem exist entirely within the Aftermath Universe. The ST assets just would not work with the final outcome. Having spent over a year working on the ST assets and to have them dropped from the product does suck as that was a good 12months of work down the drain. That time could have gone into developing the AM assets further.

At this stage I will not put in concrete when Battalia Requiem will be released. There is every chance it still can make a 2011 release but I won't push for it but realistically you're looking at another year of development. There is no team building the release; it's all one person so far. Battalia Requiem will be released when its ready. Currently three races will debut in the first Aftermath universe release with each one being announced when the time comes. Unlike Legacy, Battalia Requiem won't have a need for era's so building the AM races won't take as long as expected.

Concept artwork for the new races will appear throughout dev cycle three and beyond. In the meantime, footage of the ST assets will continue as placeholder content. 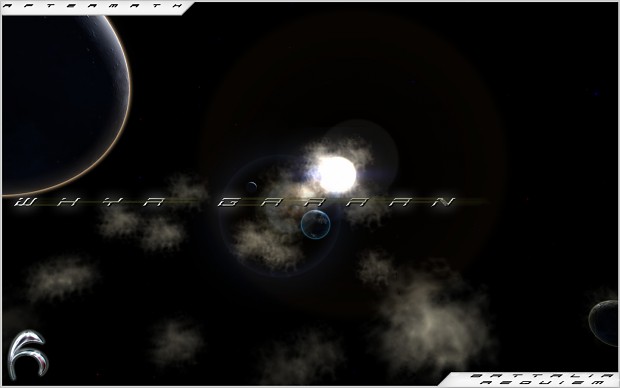 How much longer till the next main release?

The next main release would most likely be Aftermath 2.5 which will be put out around late February or maybe earlier. That will be your normal Aftermath 2.0 with all its add-ons plus all the rejected Battalia Requiem content bundled in with it.

Basically AM with BR is gonna be what Legacy was "SUPPOSED" to be
when it came out, is what I'm getting with this. Legacy had far
and above un-realized potential, it wasn't even funny. This mod
seems to reach high above that potential, and pushes a few
boundries. Keeping my eye on this for sure. The ships, the
graphics, the systems, even the new GUI (from what little we've
seen of it) looks amazing. I hope you guys get this thing out,
I am eagerly awaiting.