The original batman doom put you in the shoes of batman, but it still didn't feel quite like batman. Now experience batman doom like never before, with new levels, new villains, new gadgets, and most importantly, a better batman.

The original batman doom put you in the shoes of batman, but it still didn't feel quite like batman. In fact it seemed so off, most people thought you were actually playing as azarel, a replacement for batman after he got his back broken. With the countless bat shotguns, chainguns, and flamethrowers, it felt more like a doom reskin than batman, which was mostly limited to resources at the time it was created. Later it was redone in batman doom reborn by Evil Space Tomato an indeed it improved on the original ace team version. Less glitches, more sounds, better graphics and batman was the right size. It still wasn't batman however. 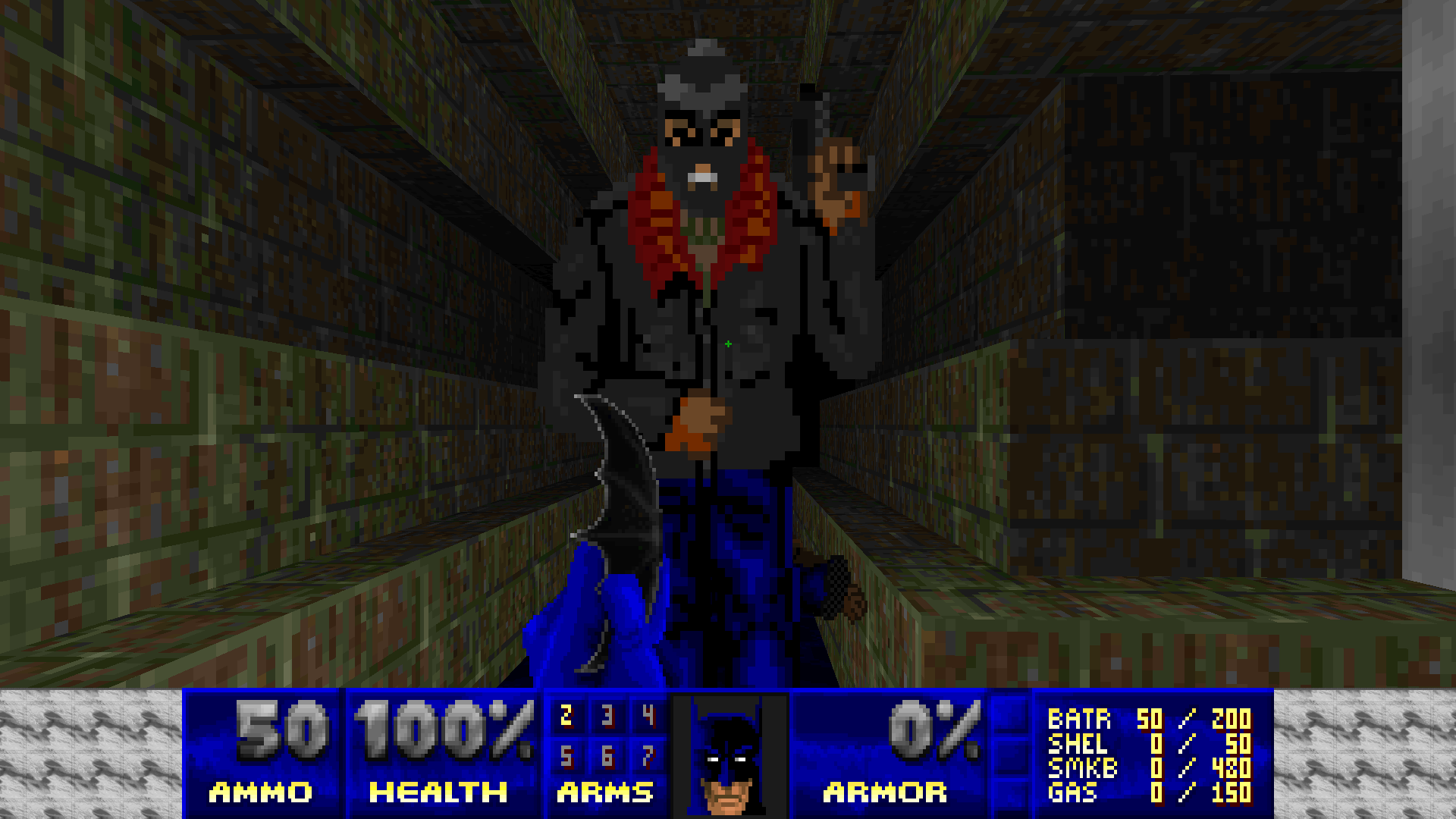 Batman still had his dorky knock on door punch, he shot thugs to death, his smoke bombs still blew up in his face, and he couldn't grapple or climb buildings without ladders. So after still being a fan of the mod despite it's gripes, I decided to make batman how I thought he should be. Instead of knocking on enemies with the back of his hand, he would use punches, uppercuts and even kicks. Kicks were then added to every weapon as an alt-fire, like most weapon mods. Now with the new melee, a skilled player can take down villains like bane and killer croc without a constant repetitive back hand. 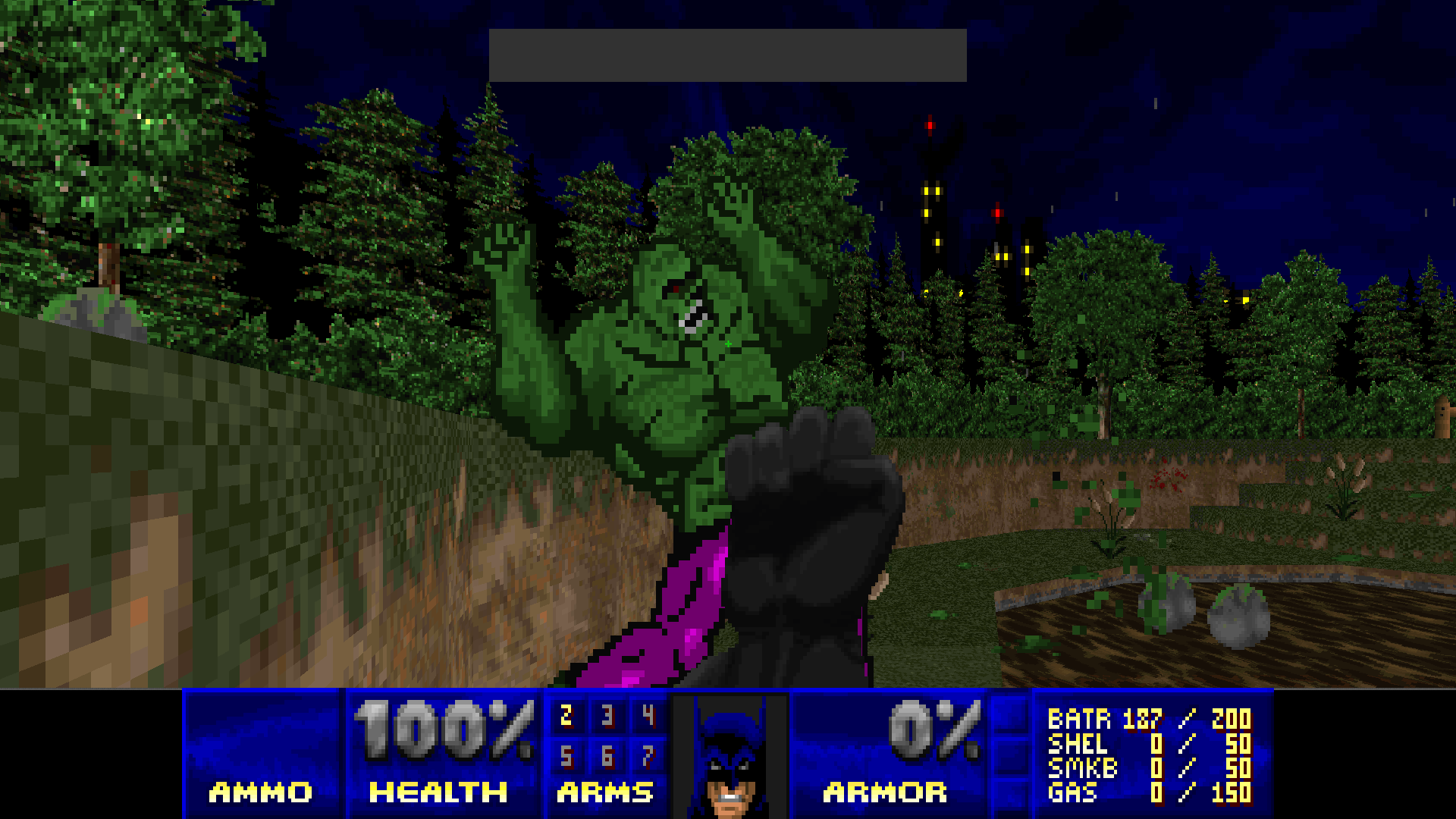 I made the smoke bombs actually work like smoke bombs, not blowing up like rockets, but instead releasing gas, most of the code borrowed from the tear gas gun on realm 667. 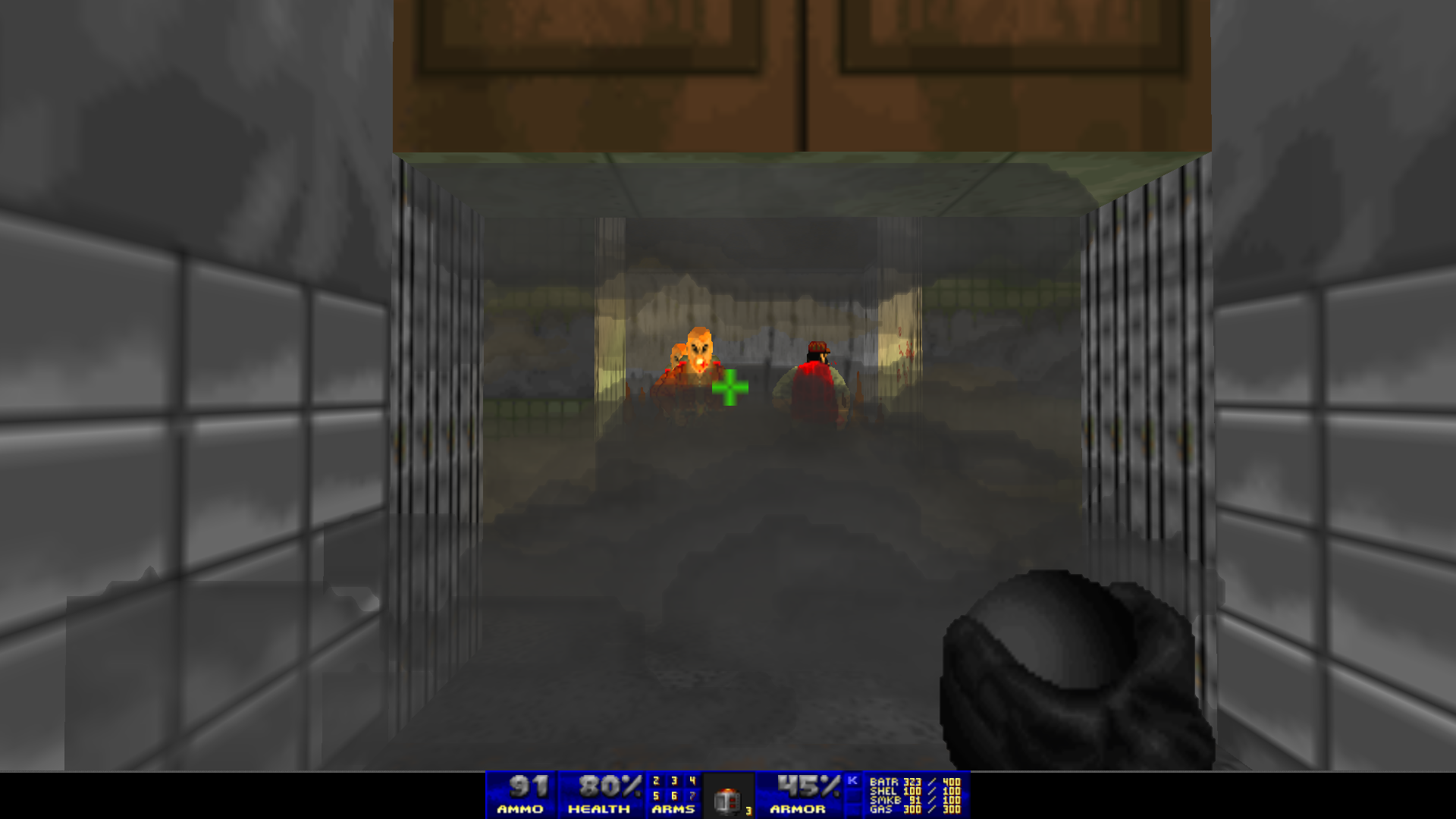 I made baterangs have a second alt with the reload button where they could chase after enemies, and possibly go through big groups of them like in lego batman. Then I made a grappling hook, possibly the hardest thing to make for the mod. This was before I found out about grappling hooks doom mods, so I had literally no idea about it. In the future I may update it to the new ones, but I'm not sure. Now I had all of batman's new gadgets to test out on the old maps. Eventually I got bored of the old maps so I started to make new ones. This comes to the sequel, Batman doom 2 cold heart. I was completely bad for this roll however. I was not a great map maker, and I was definitely not a sprite artist. I was suprised I was even going with the idea, and I had many doubts about my abilities. Eventually though I got it good enough, and I added these villains, though they are mostly palette swaps. New villains include . . . 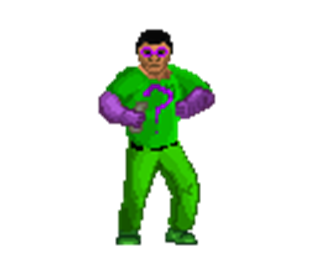 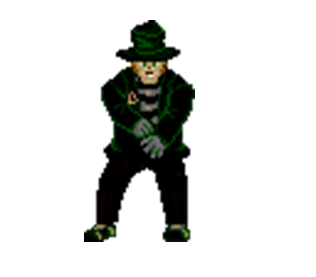 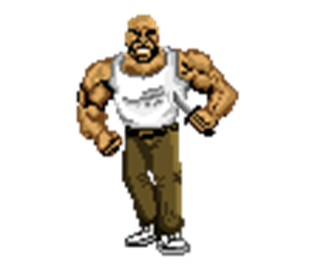 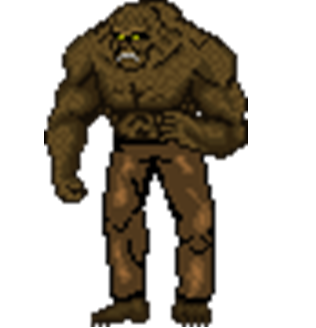 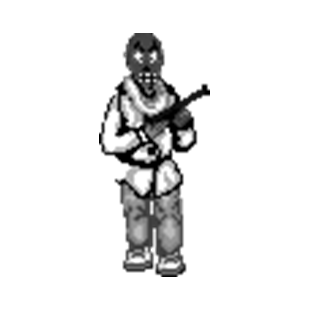 and the final boss 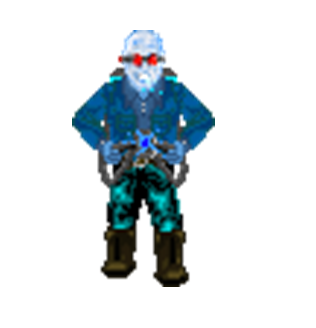 See if you can guess the palette swaps down in the comments below. If you want to offer better artwork, send it to derrick@smiteworks.com. Thanks and I hope you enjoy the game at Moddb.com