A first glimpse of what Athena will be offering you and what you can expect in the future.

Hello fellow modders! We are a new team continuing Athena's development, which was on hold while most of the code was developed. This is our first news update for Athena and we want to give you an outlook on Athena's future.

The multiplayer code is complete (including vehicles+chopper) and we are currently busy creating the two maps for our first release. Here are some concept art and models: 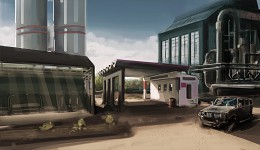 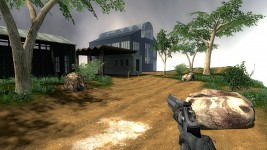 Concept Art by Sinking and foliage test and mapping in progress, by Neahc. 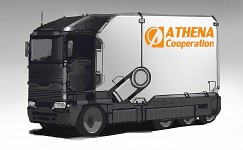 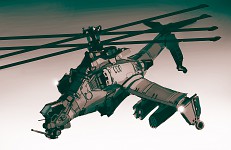 Talros made these vehicle and chopper concepts. He's currently working on characters. 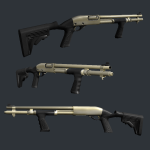 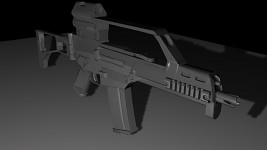 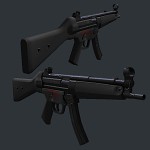 All weapons modeled by Master, skinned and textured by iSick.

For the Rebel faction, there will be some original weapons as well, and the Athena Defense Force will use some Athena enhanced weaponry and heavy weapons of their own. I want to show you the finished arms model, too. 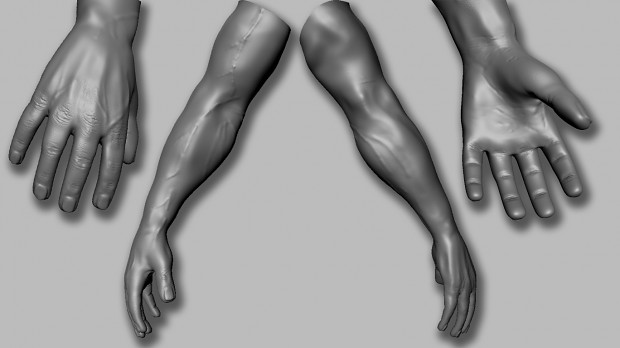 If you're interested in Athena, please take a look at our website and register at the forums. We'll update regularly and make good progress and your feedback is very welcome: Athenamod.co.cc. There is a PDF-quickguide available for Athena, which gives you a first impression of what Athena is about.

Here is a teamlist of Athena:

That's all for our first news update. We hope you enjoyed the update and we will continue to work hard to provide you with a mod that we will all want to play! ATHENA TEAM

Good work on the renewed project :)

Looking cool! I like the models and everything else! Keep it up!

That was quick, moddb! Thanks for authorizing newspost and quickguide!

Everyone else: don't forget to watch Athena ;) great things are coming your way.

I thought Tanner was working on ZM2 :O

awesome work man! would love to work for your guys if i had the extra time for it ;) but sadly i don't....

But keep up the awesome work! the mod has some awesome progress guys!
Good luck!

im sry to hear that,but thanks for those kind words!

I can't wait for the next updates!