Behold another preview of our progression, as well as a few tips on assaulting and defending.

A friendly greeting to Legacy of Silmarillion's community!

On this day we present you with yet another look into what we have accomplished in our long hours of labour. This update will focus on further delving into the changes we have made to the concept of battle; thoroughly detailing the new economy system, reworked unit statistics, more dynamic interactions between objects as well as a few tips on attacking and defending.

In the Legacy of Silmarillion economy structures start out by producing a very small amount of resources, forcing you to defend your base and play very cautiously when attacking enemies early in the game. The early game will likely be one of the more difficult phases in a skirmish, as opposed to the vanilla version which works in the opposite way, in which you have to make very careful and strategical decisions as well as safe plays. One unit can be the difference between life and death.
After about half an hour your resource structures will begin ranking up to level 2, and with this upgrade the amount of resources generated is increased six fold. In this stage of the game the formerly single battalions who used hit-and-run tactics and ambushes will now suddenly transform into large scale armies and siege weaponry, leading to chaotic massacres as the forces wage all out war against each other.
After yet another half hour, your economy structures will rank up to level 3 and produce three and a half times more resources than level 2 economy structures. If you thought the mid game would be insane then the latest stage of a game will wreck your mind (and possibly your computer too). Thousands and thousands of troops will march against each other, all spellbook powers will be unleashed, every hero will be present on the battlefield. You'll have so much resources that you won't know what to do with it.
Our aim in this systematic resource increase was to create clear stages in the game and portray the exponential army growth that would follow.

To add a bit of variety, a few factions have their own unique ways of earning resources to display the distinction between the different forces of middle-earth.
All evil factions can train pillaging units to gather resources by dealing damage to enemy structures.
Elven factions can plant forests that grow over time and produce more and more resources as they grow. 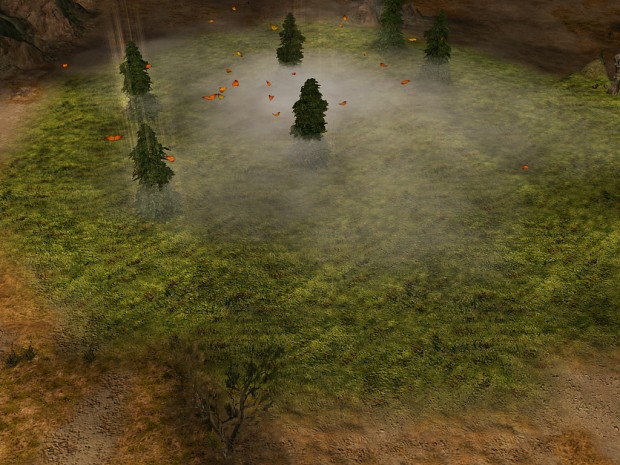 Men factions can construct towns which attracts wandering traders and civillians who generate resources as the populace increases. 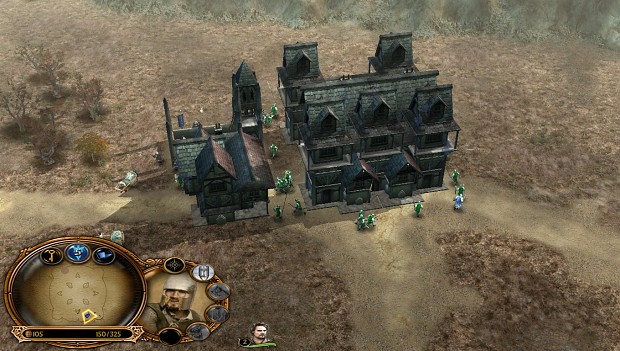 Now that we've covered the new economy system, we can explain our reworked unit statistics.
Very similar to our economy idea, all units and heroes start out with very low stats and can easily die. However once they start levelling up their lethality increases exponentially. Drastic armour and damage boosts make them more endurable and more dangerous. All units can now level up to level 10 and once they have reached this maximum level their statistics will be double that of level one, making them incredibly strong veterans of war.

Don't let these intimidating words shake your courage though, because sieging has become much more tehcnical and difficult in Legacy of Silmarillion. All buildings have received massive increases to armour, as well as prices, and are incredibly endurable. To further ensure this impenetrable defense every building is guarded by dynamic patrolling units who will defend the building to the very end. 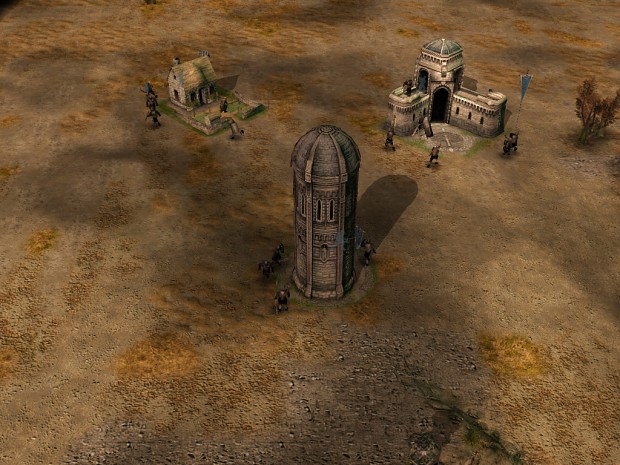 If you're afraid your enemy's army is far stronger than yours, then you can always turn to building walls around your base and focusing on defense. All player-built walls can be further strengthened by upgrading them with "Heavy Fortifications". This upgrade increases the hitpoints and armour of your walls and even unlocks special defensive upgrades such as arrow towers, catapult expansions, and the parapet.

Because of this massive increase in buildings' resistance, siege is no longer an option but mandatory when assaulting a base.

After reading this you're probably frightened to death by the possibilities of endless lag. Throw that idea out of your head right now.
Phaelen, the leader of the Development Team, as well as the sole-creator of the mod and only coder, has managed to alter the old game engine and improve it to more modern standards. The game can now handle 100 000 command points worth troops in one game, needless to say if your PC can handle it. In the original game there could only be a maximum of ten factions, however Phaelen has cracked this hardcode as well and is planning on including a total of 15 factions in his mod. Now this will sound even more far-fetched, but I can proudly state that Legacy of Silmarillion is multiplayer compatible.
All the above mentioned facts have been practically tested and confirmed by Phaelen and his team.

As each day passes by, we come nearer to our first public version. We thank you for your patience and are eager to see what you will do with the Legacy of Silmarillion once it's released.

I see very nice stuff going on, keep up the awesome work team, I am so excited for late game moments :D, with this new engine abilities this mod is going to be a masterpiece above all!

may I ask, what factions are going to be in the first release?

We haven't fully determined the four factions which will be released in the first public beta, however 2 of them have been confirmed.
Which ones are they, you ask?
Well, that's for us to know and for you to wonder about :D

Damn! all the features this mod will have....it is just something unbelievable and it's so awesome! :D for me this is like a new game!

What can we say after these fantastic news ? I think the only possible word after thanking you soooooooooooo much is " we have all the patience you need " , go on Golden Team like this I start to call you and I wish you the best of the best in this world .