The Emperor has fallen, and the Empire is in shambles after their defeat at Endor. Can the Rebel Alliance, now reformed as the fledgling New Republic, re-establish the traditions of the old Republic and restore peace or will the Empire manage to unite under a strong leader to once again impose order over a lawless galaxy?

The Emperor has fallen, and the Empire is in shambles after their defeat at Endor. Can the Rebel Alliance, now reformed as the fledgling New Republic, re-establish the traditions of the old Republic and restore peace or will the Empire manage to unite under a strong leader to once again impose order over a lawless galaxy?

Keep in mind, this is still a beta/early access version to test certain functionalities and features before we're too committed to anything. Several things are therefore still in progress or not started, and we appreciate all feedback. 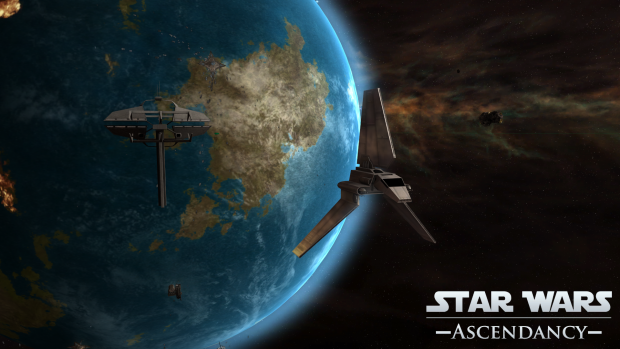 We've begun work on a wiki with in-depth information on the mod. There's still a ton of information we're working on adding as a result of the recent downtime, and registration is open so if you see something you want to add, feel free. We also have a board to help people who want to play Ascendancy online to organize games with other players, which you can find here. To post a bug or if you require tech support, there's a section for it on our forums.

Before playing the mod to increase stability, also enable Large Address Aware to bypass Sins' 2GB memory limit issues. LAA is included in the download, simply open it, set the mode to basic, find your Sins of a Solar Empire Rebellion.exe file and click the box to enable large address aware, then save. This only needs to be done once, so if you have already done it for other mods you can skip this step. 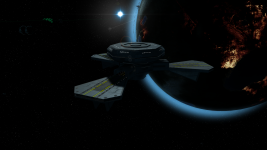 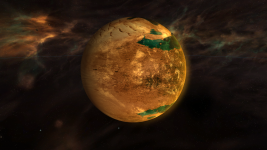 Lovely work as always. As more canon stuff is released in this time period are you guys going to try and follow that canon storywise?

No, we're working in the Legends universe exclusively, which means there won't be anything released in this time period. Using the new Disney canon timeline would mean scrapping literally everything including the name and the factions (there is no Thrawn to get any sort of revenge) and working with a much smaller, different content pool.

Correct decision no doubt, but i recommend adding that info somewhere (if it already is not added somewhere and i am just blind).

Well, a Legends character being in the title of the mod is a dead giveaway that this is a Legends era mod. Should be pretty self-explanatory

quick question: is the eclips and its younger brother still being balanced? or are they just waiting in line for the next update?

Not quite sure what you mean by that. The Eclipse is not and won't ever be in the mod since three titans for one faction would be excessive, and between it and the Sovereign the sovereign has tradeoffs compared to the Executor (lower weapon strength but superlaser/abilities) where the Eclipse is just Executor plus superlaser, and the Eclipse was a unique flagship. By its younger brother I'm assuming you mean the Sovereign, which is already in and in roughly the same place balance-wise as everything else.

Well, it would be really cool, but unbalanced and would totally kill the purpose of bot other "titan" options.
BTW: all ships are actually "female", so it's her sister.

Very good! I noticed that AI has some difficulties to capture player controlled planets. I lost my planets due to culture loss despite AI having its fleet next to the planets.

Too bad this mod, as well as majority of sins mods, suffers from AI that spams frigates and carriers :( just encountered enemy fleet having 30 carriers and many times more frigates and cruisers - and not a single capital ship.

While the way the AI handles capital ships is annoying, it's also highly predictable and something we should be able to work around, at least to some degree. I'm semi-confident we can get at least reasonable levels of capital usage, though it'll take a bit of playing with it.