Today we will be presenting you with an update on one of our new factions, Arnor! Many of you who played the old RJ mod will be familiar with a few of these mechanics. Most of the credit for this faction goes robnkarla, the original developer of the RJ mod, with the exception of a few additional changes we have made. 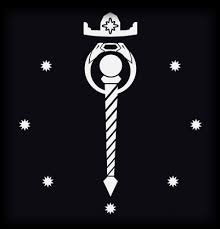 After the fall of Numenor, the remaining Faithful of the once proud race of men travelled by sea to the wild land of middle-earth. These surviving Numenoreans, the blood of both the Eldar and the Edain coursing through their veins, constructed vast cities and strongholds to serve as a beacon of hope to all those in fear of the growing shadow. They deployed their elite Dunedain Rangers across Eriador, strengthened ties with the neighboring elves of Lindon and Rivendell, and even allied with the mysterious Istari Wizards in an attempt to create an unmatchable force in the north - it's goal; to stand up against and crush all hosts of evil who dared threaten the balance of peace.

These men, a perfectly interwined product of the Firstborn and the Followers, their courageous leaders and mystical palantirs at hand, became known throughout middle earth as the Kingdom of Arnor - and now they stand ready to rise up against the shadow and preserve all that is good.

Arnor is a faction of men, its buildings and architecture slightly resembling that of the vanilla 'Men' faction but with a hint of Elven and Numenorean craftmanship incorporated into it. Their playstyle is mainly focused on playing defensively in the early game but gaining influence over the map as they strengthen their alliances (this will be further explained later in the article) throughout the game.

From the Barracks you can train various types of devoted Arnorian soldiers to act as basic infantry units such as 'Arnor Warriors', 'Arnor Archers', 'Arnor Palantir Knights' and many more.

But Arnor's greatest strength lies in its ability to call the aid of their various allies. "Ally with the Dunedain", "Ally with the Elves" and "Ally with the Istari" can be researched at the fortress to enable the production of certain elite units. Every time an alliance is created the fortress' vision range is permanently increased and new features are unlocked.

The Dunedain Ranger Camp provides your army with elite 'Dunedain Rangers', 'Dunedain Infantry' and even 'Ranger Captains' who passively give leadership to nearby Dunedain. 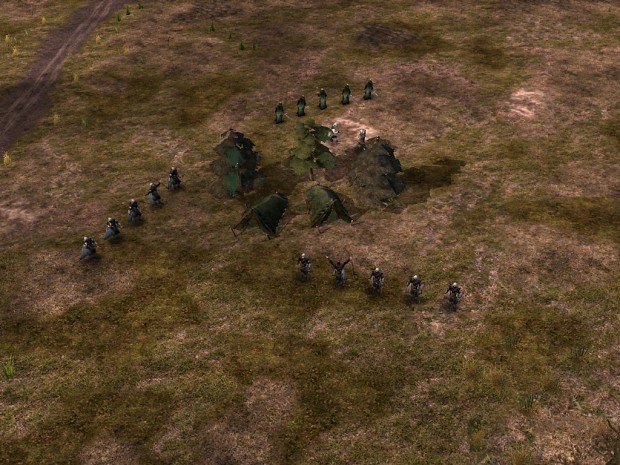 Unmatchable Elven Warriors such as 'Mithlond Sentries', 'Rivendell Riders' and 'Spearmen of the Havens' can be trained at the Elven Barracks.

And if you're feeling in the mood to deal an explosive amount of damage, the final-tier spellbook power "Summon the Istari" summons all five wizards of middle-earth to wreak havoc upon your enemies! Researching "Ally with the Istari" at the fortresses increases the duration of the summon and unlocks the wizards' level 10 abilities as well.

How to play Arnor?

Playing this mighty kingdom of men depends entirely on how you like to play and who you're playing against. Because of Arnor's diversity in units and heroes they can be played both agressively and defensively. They are considered one of the more aggressive good factions, therefore it might be advisable to go with a basic Arnor Unit spam strategy to disrupt your enemies when playing against a faction which takes time to build up their forces. If you focus on crippling your enemy's economy while also building up your own you can unlock your more elite troops and further press your constant attacks until your opponent literally has nothing left to do against you anymore. Heroes such as Argeleb and Arveleg can give your spammers that extra edge on damage, just remember to retract your heroes when your units have died out. 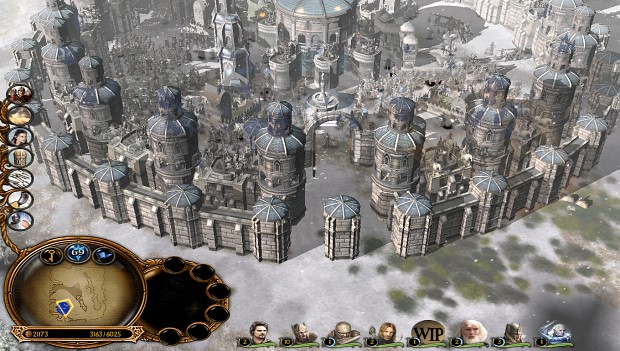 If you are playing against a very agressive faction which can outspam you, such as Goblins or Mordor, it might be more advisable to go over to the defensive. When playing in this style you'll want to focus on levelling up your units by killing off the spammers and simultaneously you'd want to unlock your alliances in order to outclass your enemy. The only way to fend off spammers is to create an army which is of far greater value than cannon fodder. Carthean is a good choice for this strategy as he can further weaken the already frail spam units. Arvedui and Cirdan can deal immense area of effect damage which is particularly effective against aggressive factions.

So are you ready to take command of the greatest kingdom in the north? Will you forge alliances of unquestionable trust? Will you rally the last Numenoreans under
your banner and fight against the forces of evil?

The might of Arnor stands unchallenged, and now its power lies in your hands!

Wow very nice work, I think we can say Arnor will be in the first release!

looking good keep it up