A Republic at War news update for the month of April, 2015.

After a much needed (extended) hiatus, the team has agreed that it's time to put a focus on wrapping up this interminable chapter of Republic at War's development.

The team is poised to wrap up the remaining v1.2 development components and is working hard to achieve that goal. 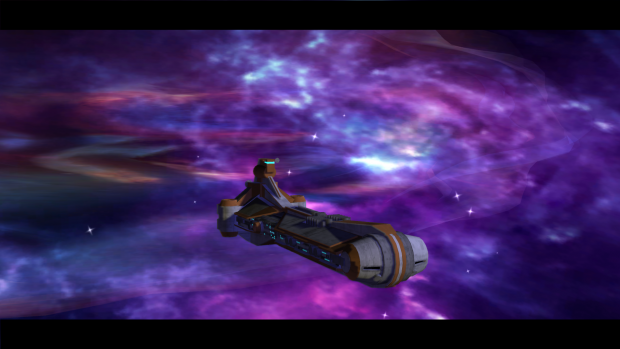 Over the past three years, the team has gone through a number of changes that have had a significant impact on our development timelines. To clarify, these changes will not affect the end product. We do appreciate your concerns and take them seriously. 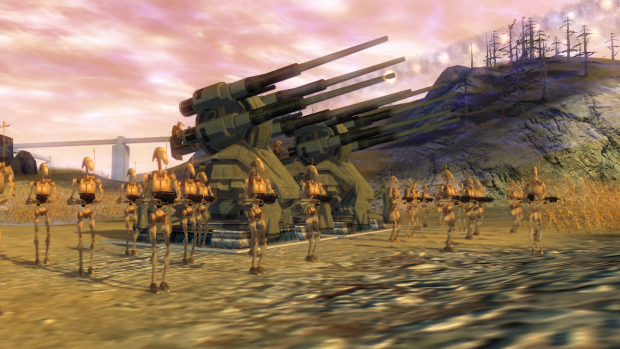 To accompany these changes, we will also be making adjustments to the way we do development with the goal of better transparency, more community involvement, and faster development. We'll be announcing full details on these changes later this year.

Our internal task list is currently down to fewer than 100 items, much of which is polish & cleanup. This includes a number of additions to the original scope that we decided were important to include in this release.

We're on the home stretch -- thanks for bearing with us.

Good to Hear :)
Will there be more Exspansion after 1.2?

So will this version have the "Scramble" mode like z3r0x promised?

Scramble will be part of this release.

Thank you for the response.

however the name will be changed. otherwise it would let me think every time im playing scrambled eggs :D

Hi AS, if you want I can translate the entire RAW mod in Italian. Let me now ;-)

What is "scramble" mode?

Looking forward to it. It's been a while since I played RaW and would love to do it again once 1.2 is out.

I know I am beating a dead horse, but in this release, will you be balancing the AI, and have it so it does not require editing the base game files to work?

The ships and mod itself are amazing, but I could never get into it because within 10 turns I was always reduced to nothing but repelling gigantic invasion fleets over and over again.

True. It can make gc plain annoying because you have no time to prepare against the imminent doom tha t will be brought to you through zerg rush.

You're beating a dead horse with this mod no matter what you say cause it's dead and unless someone on the team out sources infantry and vehicle modeling,rigging and animations to someone this will die fast and in my eyes already died.

This little update on a changed turret and a ship that's been in 100s of other mods that we've seen 100s of times is nothing new.

to be entirely honest, I just want them to make a patch that makes the AI not stupidly OP lol

Than try to become yourself OP :-P

I understand the troubles people are having with the AI in GC, but, I myself, have no problems with it personally. I get along fine :)

If you have a guide you could upload to those edits that would be nice.

i was playing as the republic, and i found that yes the ai was difficult
which i actually enjoyed
losing for much of the early game, then slowly orchestrating a win through hit and run attacks felt great
not only that but, most of the important republic planets can get a planetary turbolaser, which i highly suggest getting because it has a 15 ish second cool down, and it can 1 hit lucre hulks
in one battle over coruscant, i destroyed over 90 enemy capital ships

Agreed! With just a little skill, I find the GC to be easy and fun. I see the republic at war mod to be easy to beat in many ways. Comes with being a tactician :)

I gave this good karma but for some reason it gave it ham :l

Our team roster is publicly visible for anyone to view.

Neat! Hope you get the AI fixed. Like, you should make it easier on...easier modes. Im sure that super badass players can take it as is :P

We've made significant adjustments to the AI to cater to a wider range of skill levels.

thanks for the update guys.

Finally I've been waiting FOREVER for an update!!!! Glad to see some progress!

So how do I go about getting Rex, Bacara, Gree, and any other clone captains?

"...we will also be making adjustments to the way we do development with the goal of better transparency, more community involvement, and faster development."

Was this the best part of the update for anyone else, or was it just me?

Seriously though, these points excite me. For a while it's felt like too many people don't know what's going on, and the community feels dead even though the mod isn't. I'm hoping that the release of v1.2 will be a good clean slate to bring back the community and hype I felt when v1.1.5 came out.

Will you guys be recommending Online play functionality of Tunngle, or will you ask us to use something else to access online warfare?

We did a review of some of the available options last year but plan to revisit this and provide an endorsement as multiplayer has always been (and continues to be) important to us.

I'm glad to see the mod is still going strong, been a fan since the first full version and fell In love with it ever since<3

thank you for the update and all the hardwork the team has put in! i cant wait to check it out!

Great to know you are making progress , love this mod hope to see the update soon

What about rebalancing units? Victory class, and Acclamator?

And please for the love of god give Tarkin something other than a ******* shuttle in the Fall of the Jedi campaign. Literally never playing that campaign with Tarkin in that shuttle. So inaccurate. So dumb.

Any chance we could get some kind of preliminary release target? Would love to know!

A campaign would be nice. Like if it incorporated the Fall of the Jedi cutscene at the end and it would span from The Battle of Geonosis to Operation: Knightfall etc. and the Republic converting to the Empire completely.

I have an idea for another faction that could be added based off of the Zann Consortium this would be difficult but the faction would be the crime syndicate that Darth Maul and Savage Opress form in the Clone Wars series with the Mandalorian Death watch group, the black sun, Pyke syndicate and the Hutts. It could work like the consortium with corruption and mandalor could be the capital world and heroes like Maul, Savage and Pre Vizsla. You could even have the night sisters of Dathomir just like the consortium and mother Talzin as another hero.

Anakin Please add Multiplayer GC its the best gamemode and it should def be added.

when is it gonna be released?

Will the merciless AI be revised, at least on Easy? It is very frustrating and infuriating that you can play the mod only if you're a super pro in it. You can't casually play it, you can't set the difficulty to easy to experiment with which units should be sent against this or that particular enemy... Where is the learning cycle?

I'd really love to see ADMIRAL TRENCH come to the game! Congrats on everything you've done so far!