This is the second part of our big update series. Have fun with the content!

Hello guys, This is the second part of our big update series. And here is the new stuff...

You know them already, but this render shows the finished, textured Asgard buildings for the Orilla special land map. 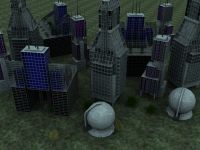 They are part of the Aschen homeworld special land map. 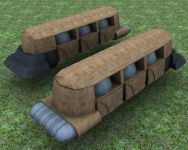 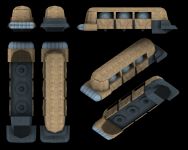 You have seen it already in an older news, but this one is the finished, textured version. 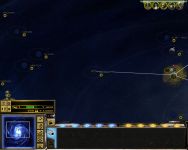 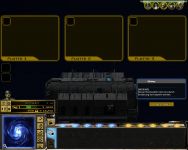 this is the fully animated, new GC planet Midway Station 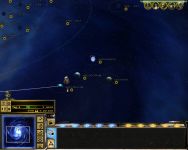 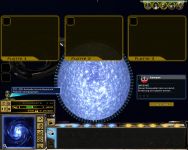 This is the fully animated, new GC planet Supergate. The Gate has NO activation effect, but the Ori ship is roaming around it. The glow is still missing, as we haven't made it yet. ;) 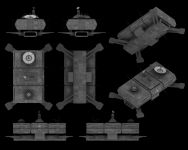 This one shows the already known, but this time finished and textured Tauri Space Station Tech 1. The turrets are missing, as this is already the rigged version for in-game usage. 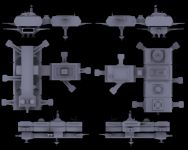 These render show the next tech level Tauri station. Turrets are missing, as this mesh is already the rigged one for in-game usage.

Finally, we have a nice small feature video for you. It shows the build-up of the Atlantis special land map. Have fun with it:


That's it for this time, hope you have fun with the content! See you in some days again, bye!

that video of atlantis is great i love how you did the map and the shield effect 10/10 and gold stars for the whole team! =)

dam, awesome, keep it up.

Very good. When do we actually get the mod?

I truly cant wait for the completion of this mode been watching with great anticipation!

Dude, this mod has come so far already, and professionally too! I can't wait to see the final outcome. By the way, the Aschen models and textures look amazing!

Major props guys, this thing is going to be one heck of a release. I just have to ask. In terms of progress, how far are we really? 30% 40%, just an idea so we can estimate a time frame ourselves. Even if you did give a time frame, I would NOT hold you to it, I know personally modding is long and hard work having done it for SH4. THANKS AGAIN FOR THE GREAT MOD.

Well, naming a certain number is quite difficult, as we are working on several parts simultaniously. While the space part is almost finished, the ground part is still at the beginning and so on. It will take some more months till it is finished.

personally I auto-resolve ground combat 99.99% of the time. I don't think anyone will complain if the space elements of the game are completed and released well before the ground combat is completely integrated...

No! It would be a half-finished release again and that's what we don't to release anymore...