Alright guys so i wanted to make this quick news post talking about the Alpha Test Demo i promised that would be out this summer and it will be, I have been working overtime on the mod to get new models in the game and replace stock models.

So far i have 2 maps finished for the new game mode coruscant space and shola space which is set up on the new swbf2 style space and tatooine hunt mode pitting sand people vs jawa's, more will come in the coming weeks, i plain to do hoth and one 3 way map and one 4 way map, and endor hunt mode, having just your barracks as the empire and ewoks having just their huts,Geonosis will come after the release of the alpha demo as just a downloadable map but will be adding to the full mod on release of that.

So you maybe asking yourself what's playable in the Alpha Demo, well you will be able to test out the Empire and Rebels on both space and land and in the old and new maps and CIS and Republic in Space only, you can take a look below at the new layout when you start up the new maps for the Rebels and Empire,If you happen to look the Pop Cap is now 100 making for some very huge and insane battles, watch it though cause if you don't defend your captial ship you could lose it very fast and it just be sitting there without anyway to defend itself.

Please right click on view in a new tab to see the full image. 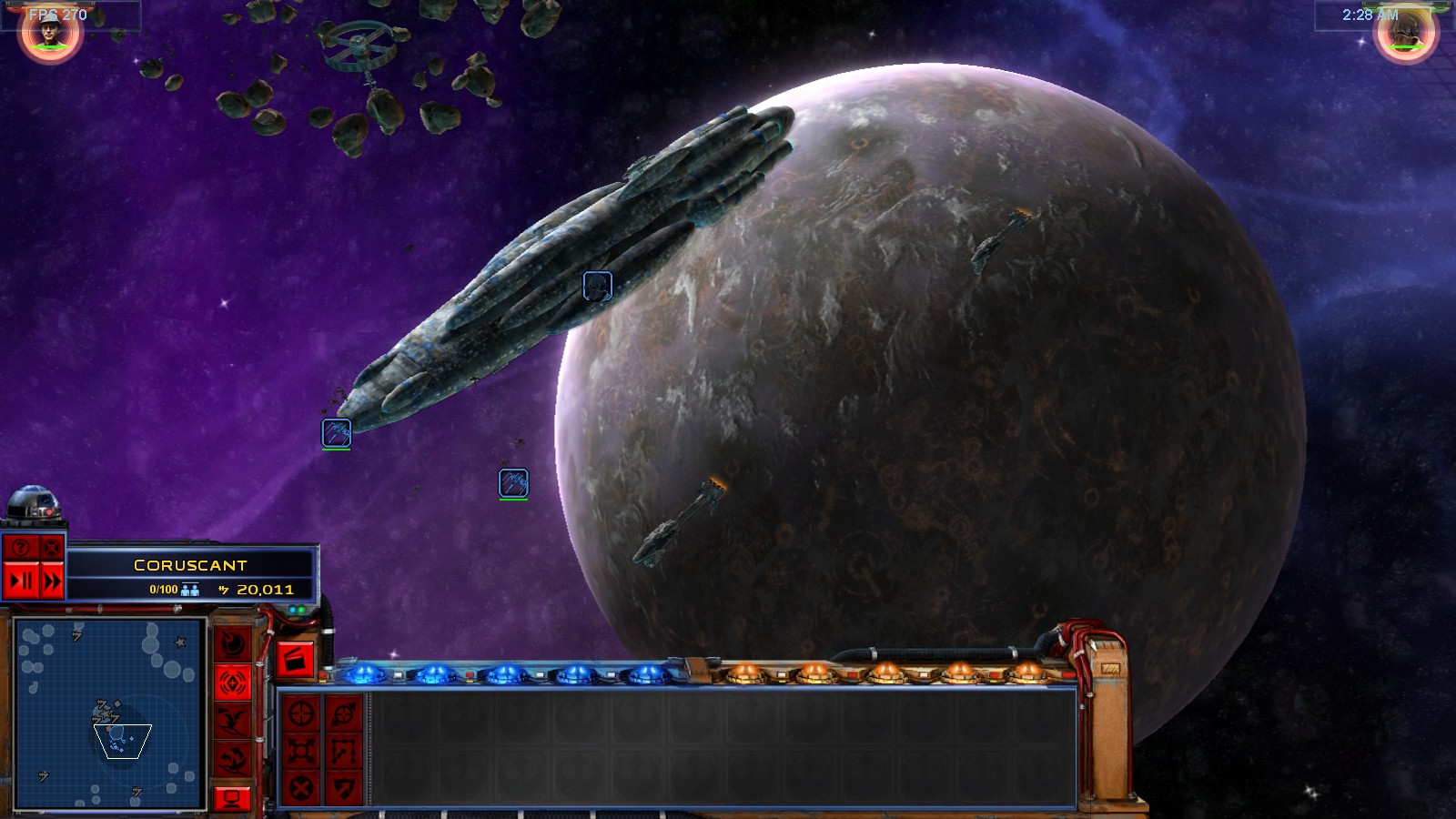 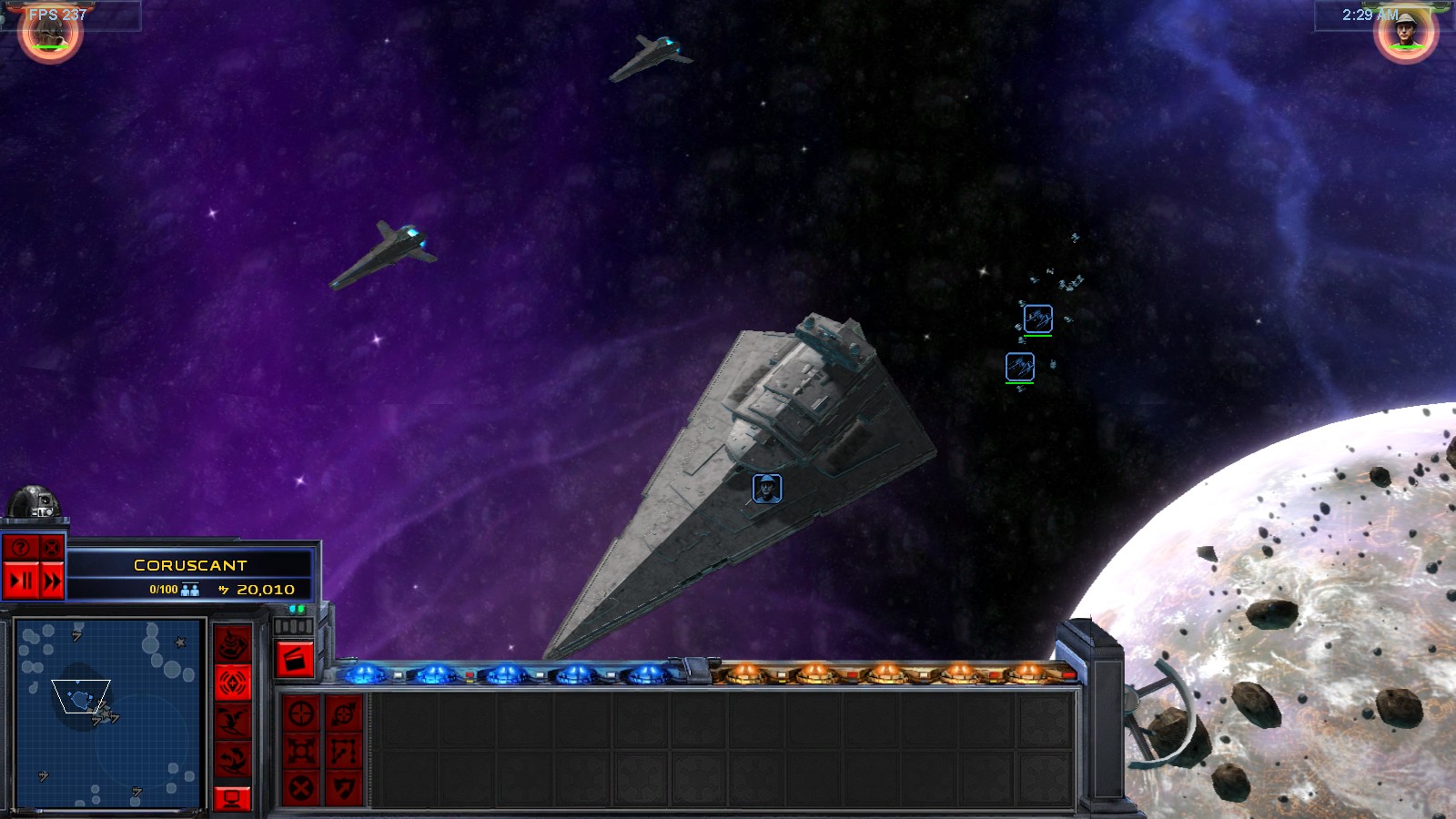 So when will the demo be released you ask well it should be out well between june and july, i lost some work from the mod a bit ago that i have almost gotta back by redoing it over so i just need to finish that up and do some more replacing of stock models and we should be good, Now i did promise a brand new gameplay style for land well that isn't coming in the Alpha Demo it will come in the Beta or full release because that idea is still a Work in Progress and i'm still thinking up on what i should do with it.

Awesome, totally looking forward to it

Out of all mods for FoC I have played (and I have tried lots including UEAW, Republic at war, The Reckoning etc.)it's this one im most excited for, hope it turns out well after your minor set back and good luck! :)

Well see there are mods that offer supreme gameplay and graphics while others sheer diversity and sadly the ones that seem to combine them both the most will only go to a certain extent, and or takes forever but is no doubt worth the wait.

Well the reason it takes forever is because you have to do both, graphics, and gameplay, doing any of the 2 alone isn't that hard and that's why you see so many mods that do 1 of them, and few that do both.

will you be able to use laats in space??