The first playable prototype for Void Marauders is ready for download.

Great news! the first prototype for Void Marauders is ready, you can download it here:

The purpose of this prototype is to show a very basic idea of how the game works from the Main Menu, to the Star Map and then to combat. I would like to call it a vertical slice but there's several features that are not ready yet (even as placeholders).

While you download the prototype you can watch me playing it here:

What will I find in this prototype?

Once you start the prototype, you will be shown a main menu where you can select a starting ship. My idea for starting ships is to have different origins for the player: Pirate Captain, Posthuman Supremacist or Nomad Fleet Agent. At the moment, only the Pirate Captain option is available.

Once you start the game you will be shown the Star Map, this is an "overworld" where you can give orders to your ship like a regular turn based game and visit points of interest. Your ship can move only a few cells per turn, once you run out of movement you can press the Next Turn button (bottom right corner) to get it replenished. In the final product I hope to add enemy and neutral ships that move during their own turn. 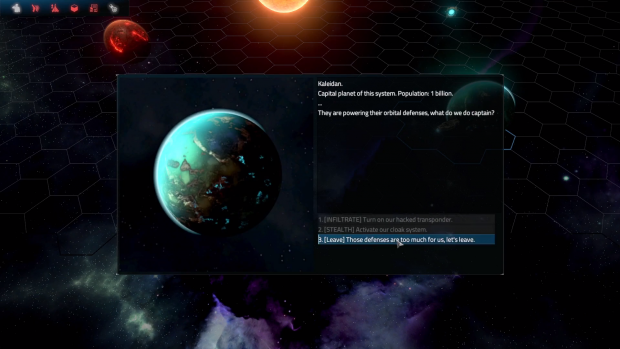 In the Star Map you can also see a list of your soldiers: 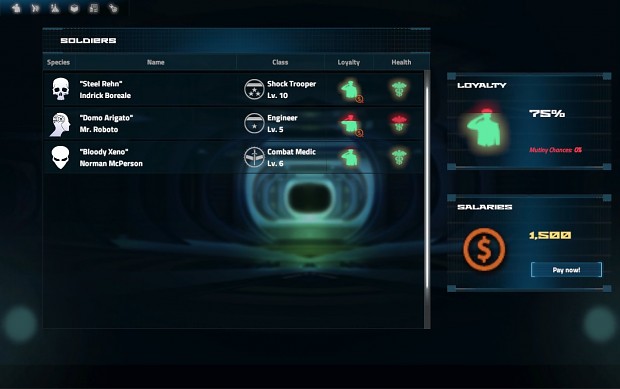 For prototype purposes you'll only have 4 soldiers that can't be customized yet. In the full version, these soldiers will be recruited or expelled from your ship, you'll also have a minor degree of customization.

There's a few points of interest in the Star Map but only one leads to combat at this moment. Once combat starts you'll be shown the Squad Selection Screen (at the moment not interactable, just press Start Mission). 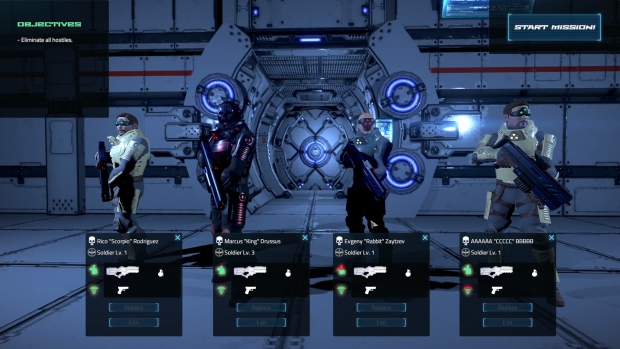 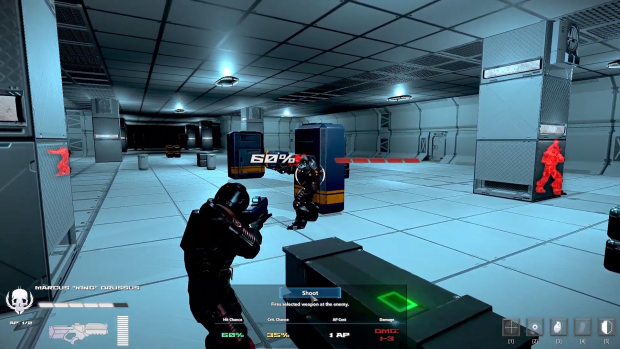 Please check the prototype or if you can't, at least check my video playing it. I'm always open to feedback (in fact, as a single developer I kinda need it) to determine if I'm going in the right direction with a game project or I should try something else.

At the moment I only have a prototype for Windows 64bit systems but if there's demand I can upload builds for other operative systems.