Posted by EleonGameStudios on Oct 31st, 2017 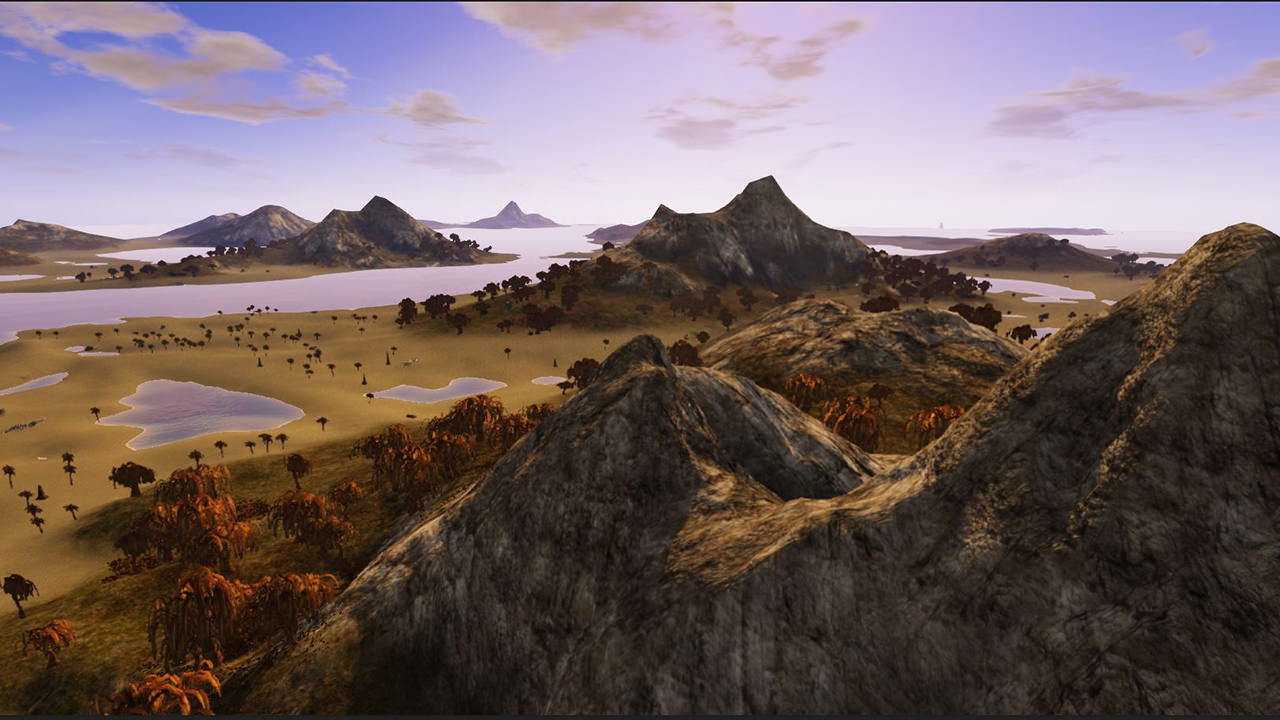 In Alpha 6 and 7 we introduced a lot of new and game-changing features, like environmental effects, new ways of mining, building and so on.

While most of you have learned to use these new features over the last weeks and months, all the new players only had the old, very basic tutorial. Time for a change - and an all new Tutorial!

The new Tutorial will try to teach the basic elements in a wholly different way compared to the old tutorial. And it is also a bit more than just a playable howto. But maybe we leave it to you, to find out about this. ;-)

Just make sure you read all the instructions in the opening briefing - and give your feedback in our feedback thread: Empyriononline.com

Of course the Tutorial will evolve over time.

Said that, Alpha 7.1 will add more toys and features for you to play around with: The new Multi-Turret for CV and HV will allow you to disassemble or repair your buildings even faster! Have a look at the full changelog below and write us your feedback over here: Empyriononline.com

Please also report any remaining bug or issue in our Bug Thread: Empyriononline.com

In any case.. Have fun and Happy Halloween!
- Empyrion Dev Team

Added New Tutorial:
- We replaced the old tutorial with a completely new tutorial 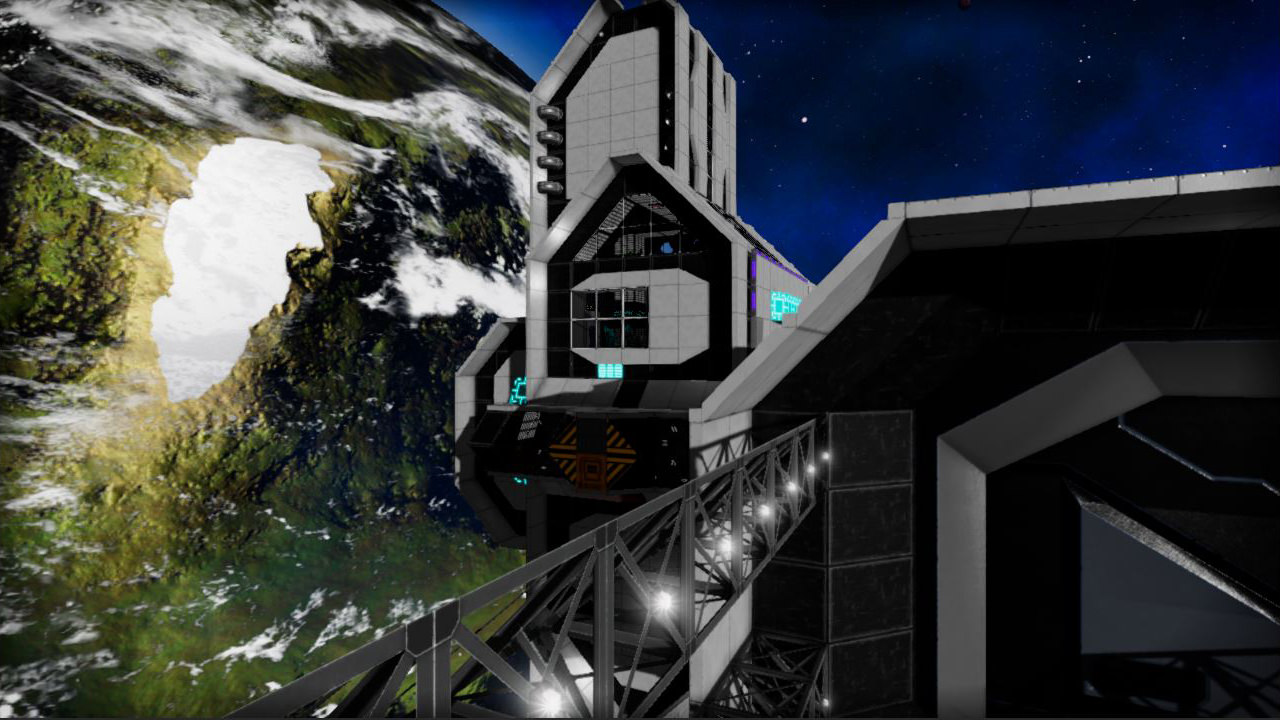 You will start the new Tutorial in an Orbital Station 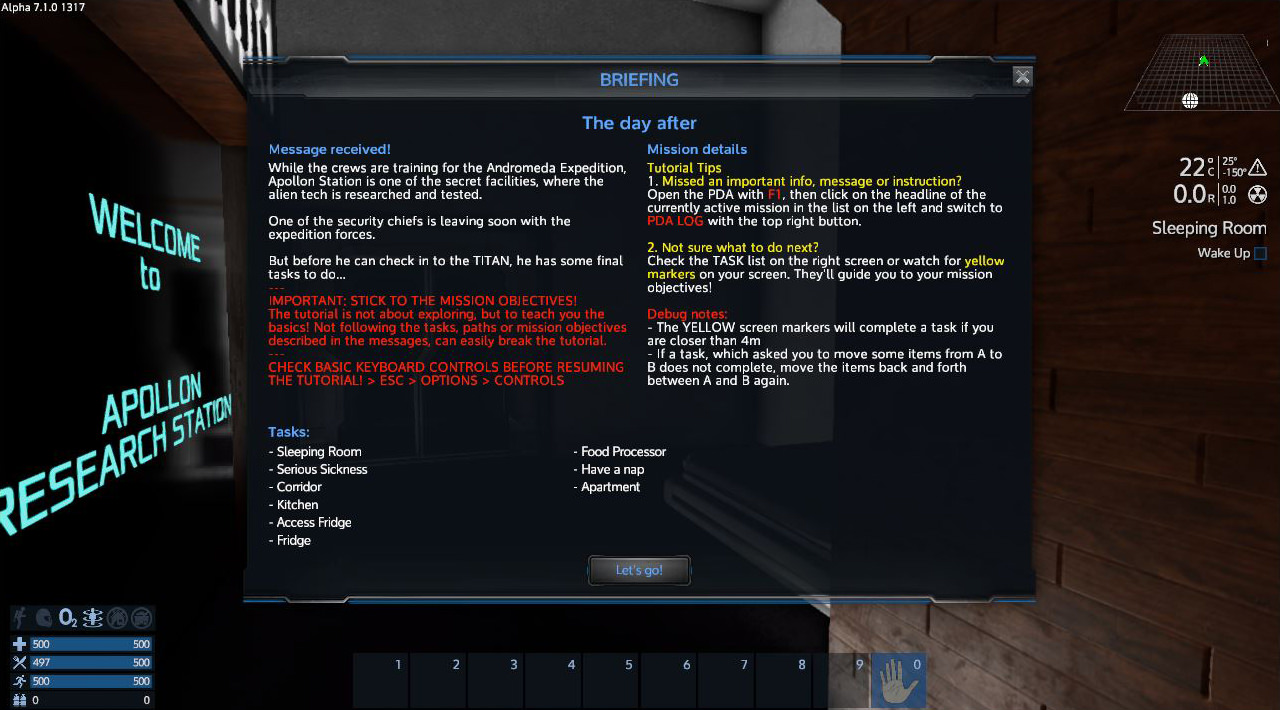 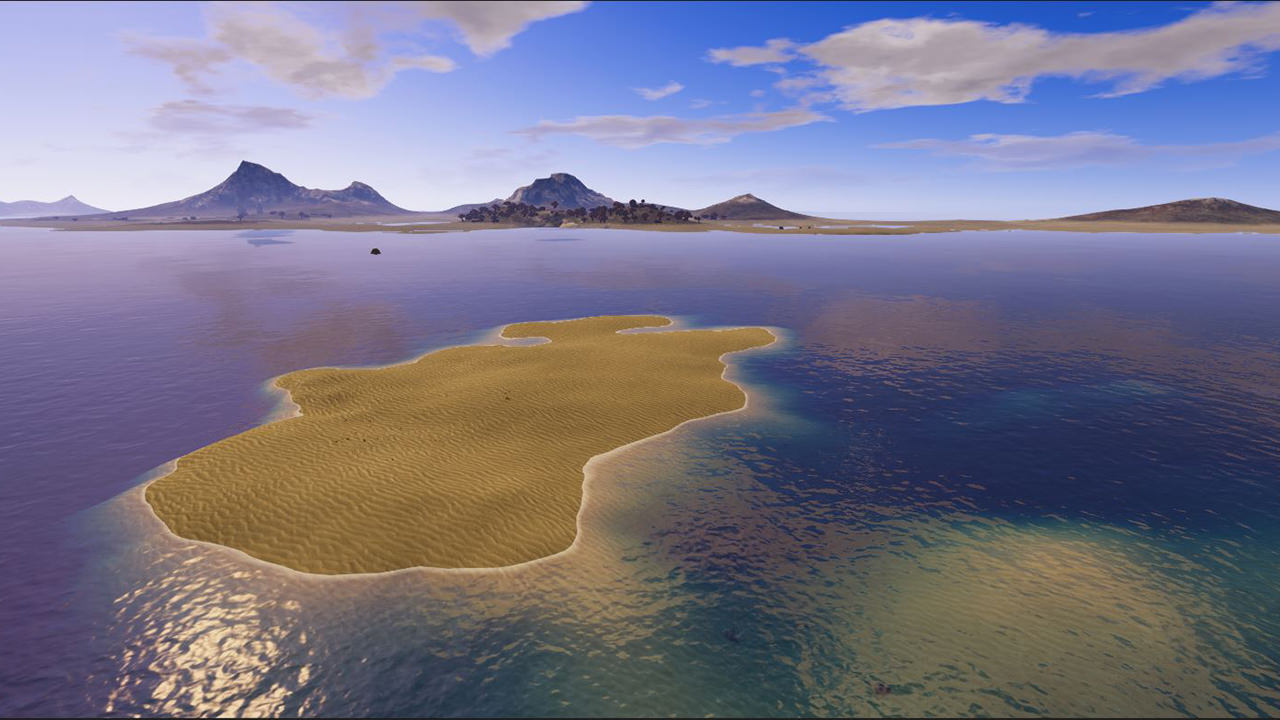 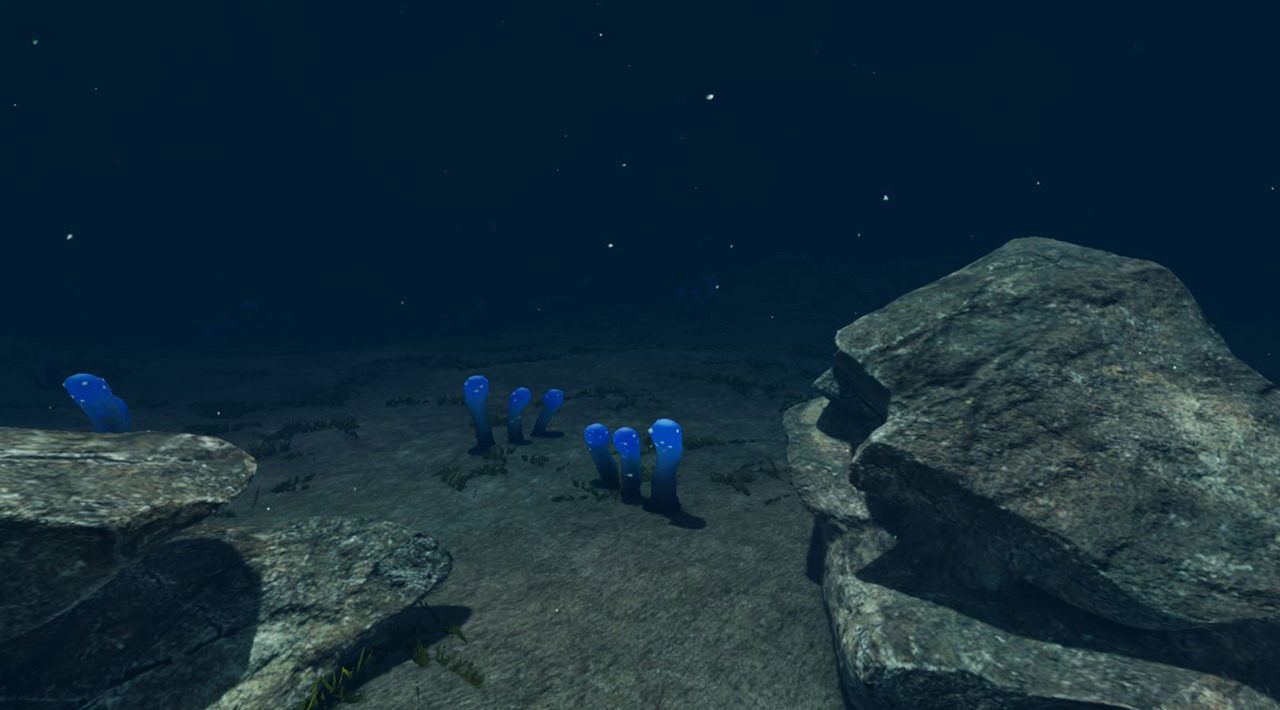 Deep abysses await you on Oscutune

Improved Creative Tools:
- Improved replace texture / color tool: you can now replace colors/textures via selection box
- Added fill button for selection box: you can select an area and fill it with the currently selected block

Visuals:
- Added Depth of Field (DoF) screen effect (can be switched off in Video Options) 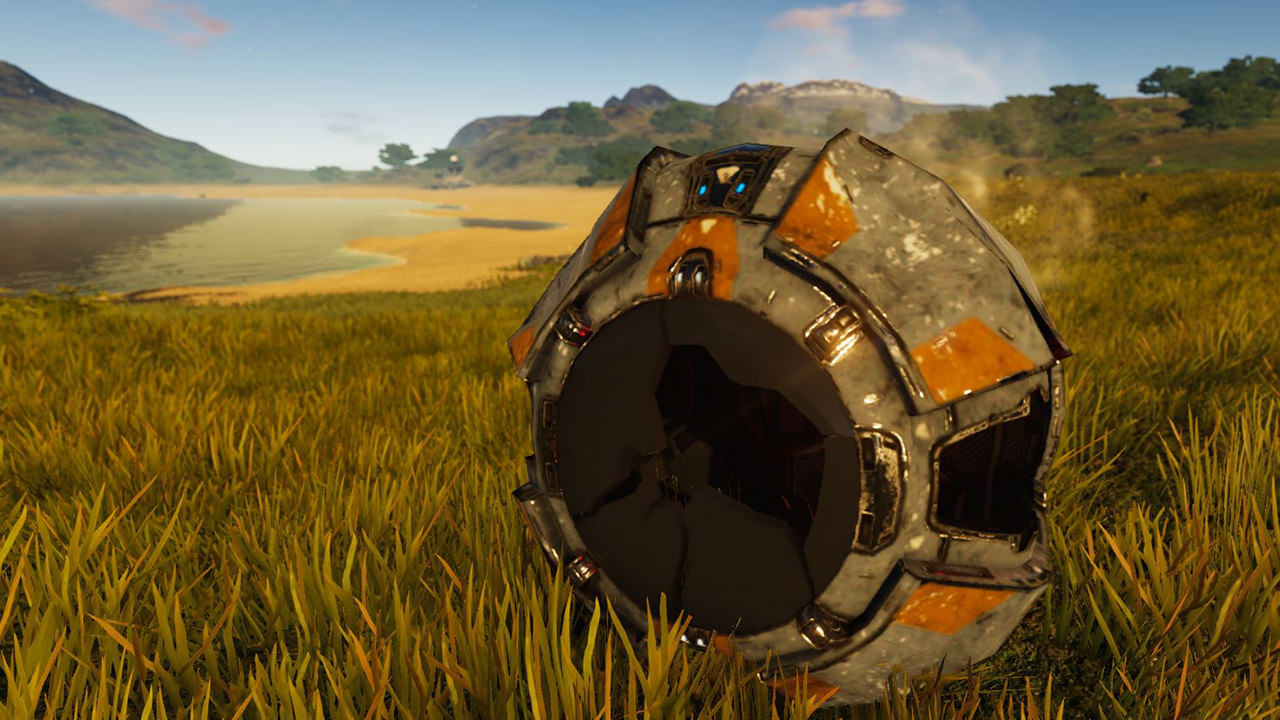 Gameplay:
- Multiplayer: Turrets that are placed below terrain level do not shoot anymore > fixes exploit with turrets hiding below terrain (can be switched on/off in dedicated.yaml via "TurretUndergroundCheck" > per default: disabled).
- AntigriefdistancePvP is overwritten by AntigriefdistanceOres: if a resource deposit is placed very close to a POI within an anti-grief distance, it is now still possible to mine the ores
- Drones/Planet Vessel ignore player bases if owner is not available (base idle)
- All terrain placeables (Oxygen Generators, Water Generator etc) now accept Bio Fuel and Fusion Cell
- Small Oxygenbottles are not used with "Autofill" anymore
- Reduced warning distance if CV/SV is not allowed from 1500m to 800m

Optimizations:
- Optimized structures when placing new blocks > for large structures it lagged a lot before
- We made an optimization regarding stuttering and RAM consumption when entering a new world for the first time
- Major speed improvement when opening Statistics page of Control Panel inside of large structures 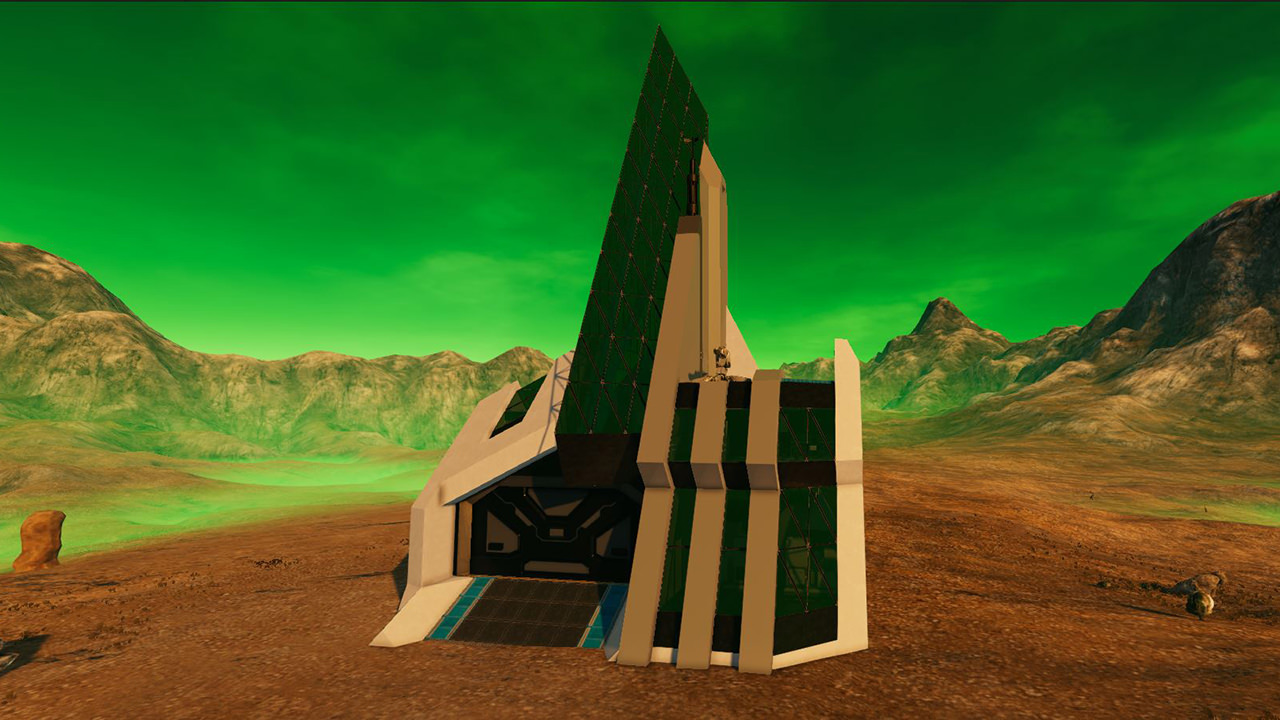 - Added new stock prefab BA Tier 3a: thanks to Neurosol 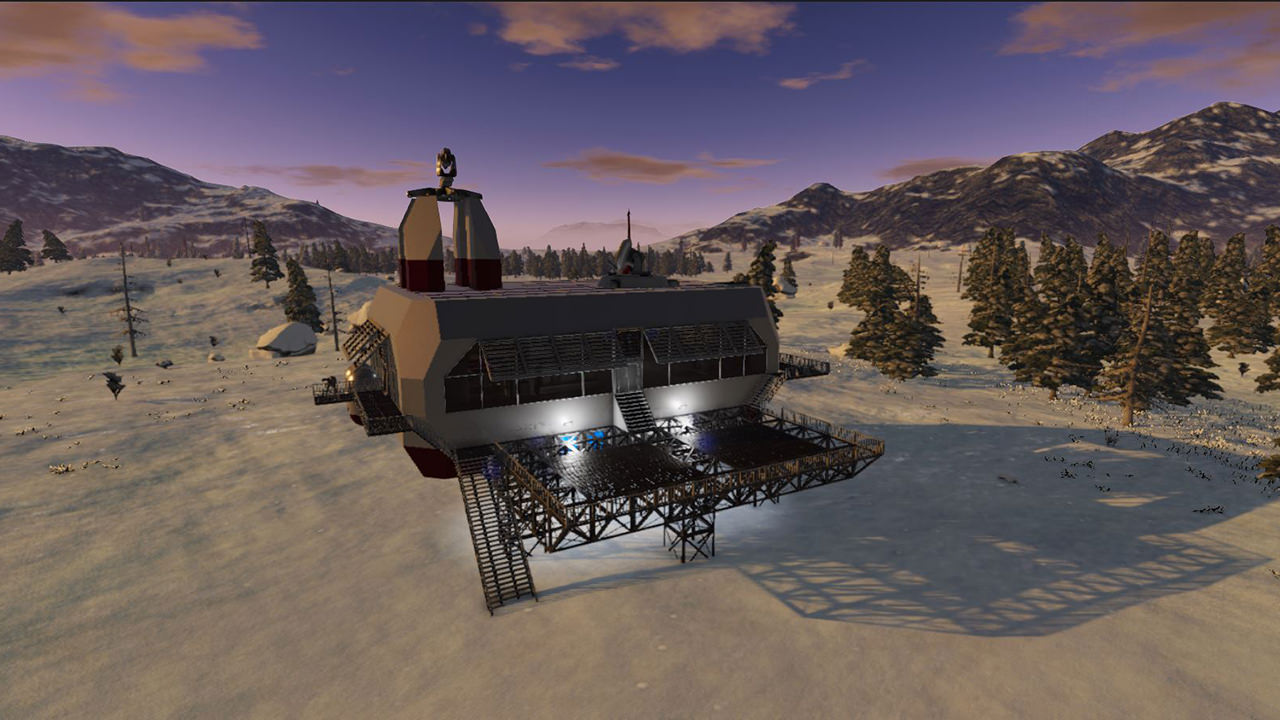 Changes:
- Added possibility to block planet-access for SV (can be configured in playfield.yaml): AllowSV: false
- Added console command 'undock' to emergency undock a SV or HV that got lost due to undock problems.
- When teleporting using the debug window and you are in a ship, the ship now gets teleported, too
- Now allowing user to choose above recommended Texture and Character Texture resolution: Presets still default to Recommended Resolution for Players RAM and VRAM
- Updated console cmd: instead of "deco refresh" > "deco r"
- Updated Localization.csv: DE, FR, RU, PORT(br), CHS, POL
- Enhanced PDA: Chapters can now have a "NoSkip" flag in yaml file to suppress the Skip button in the Briefing window
- Added NewTemperate500 (with regeneration of POIs enabled) to Dedi Server Folder "Terrains"
- Added dll versions for all xml terrains that are distributed with the game
- Added AllowCV + AllowSV as examples to Example playfield.

GUI Update:
- Added icons instead of labels to build settings window selection tools
- Added beam angle to spotlight preview icons to show where they are pointing to

Bug Fixes:
- Fixed: Mouse sometimes makes a "sudden jump" placing 2 or more blocks although only clicked once
- Fixed: Configure circuit GUI cutting off signal lists.
- Fixed: Opening the CP on the Signal logic tab can make the configure circuit list disappear until reopening the CP.
- Fixed: Possible to have signal lists in the Configure circuit GUI overlap each other.
- Fixed: Exception created when trying to add signals in a circuit
- Fixed: When selecting an input signal of a circuit often a wrong line will be changed
- Fixed: When mining with the 'Drill Turret' nothing was placed into the harvest box.
- Fixed: Local Coop creates two save game folders when using a game name with blanks (e.g. "My Game")
- Fixed: Possible to fly through freighters, Carrier and PVs with CV and SV
- Fixed: Problem that sometimes it was not possible to join a server (fixed internal exception when loading map texture files to avoid problems like 'Access to the path denied' errors)
- Fixed: Radiation of biome is not taken into account for the HUD display when inside structure (only global radiation of playfield is displayed in HUD)
- Fixed: Wardrobe had a code lock but was not accessible
- Fixed: Problem that it was not possible to lower Base deep into ground when spawning blueprint
- Fixed: Terrain/LOD Exploit: hide turret in POI Lod filler terrain
- Fixed: Problem that sometimes grass was not removed when drilling
- Fixed: Setting number of ore deposits did not have an impact in SP
- Fixed: Several errors linked to Block Combiner
- Fixed: Resource Mouse-Over Localization on Map wrong
- Fixed: Asteroid names not Localized on New Game and Map windows
- Fixed: Problem that no NPC spawned on Oscutune (NewTemp2) on Island biome
- Fixed: Problem with color replace (now it also works with colors that had no color applied)
- Fixed: Problem that some windows and railing blocks did not correctly mirror (the ones with left, right version)
- Fixed placement of blocks when targeting bigger models like turrets
- Fixed: Looking at a Furnace shows "Press ... to use the Constructor"
- Fixed: New splatmaps consuming massive RAM and FPS on first load
- Fixed: Auto Miner can be placed below a deposit and works (now doesn't violate AntiGrief rules)
- Fixed: Problem that on moon planets (NewMoon and NewMoon2) radiation was everywhere at 14.7 and not just in the lower areas
- Fixed: NPC Otyugh could damage players through thin blocks.
- Fixed: Pixie stalk taller than they should be.
- Fixed: Problem that steel texture P1(4,6) was over bright
- Fixed: Several internal errors
- Fixed: Several typos in loca