Posted by EleonGameStudios on Jul 11th, 2017

New week. New version! ;-) This time, we not only have worked on the bug list, but also added some new stuff, for example the Tier 2 Drills for HV, new armored door types, new soundtracks, an own “Switch off all Thrusters” button in the Control Panel and much more.

In terms of improvements, we also made a slew of changes and added some refinements. Among others, we changed the visuals for the “Show Airtight Blocks” in the Build Helper menu (N-Button) to as semi-transparent and slightly altered layer to make it easier to spot non-airtight blocks and possible leakages.

Said that, we are still working on the local coop mode. We will release an improved version of it in the upcoming Alpha 6.5.

One of our most recent additions are major parts of the localizations for French and Russian language that are now available in the game. The localizations were contributed by our community - thanks a lot to everyone working on these!

As always, please report bugs and issues over here:
Empyriononline.com

If you want to contribute to the localization, have a look in our language forums. The pinned topics will have infos about which text is not yet translated. :)
Empyriononline.com 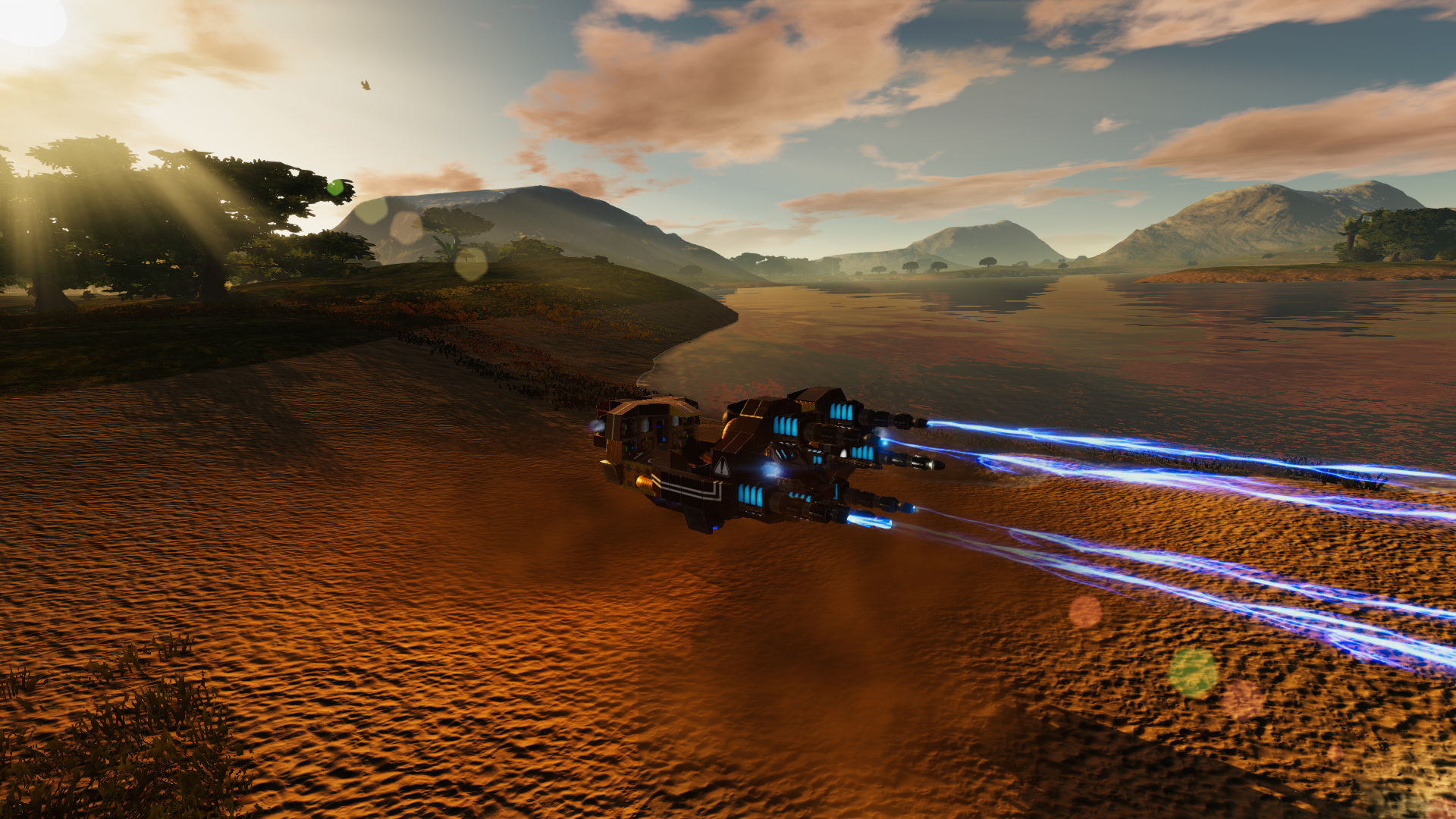 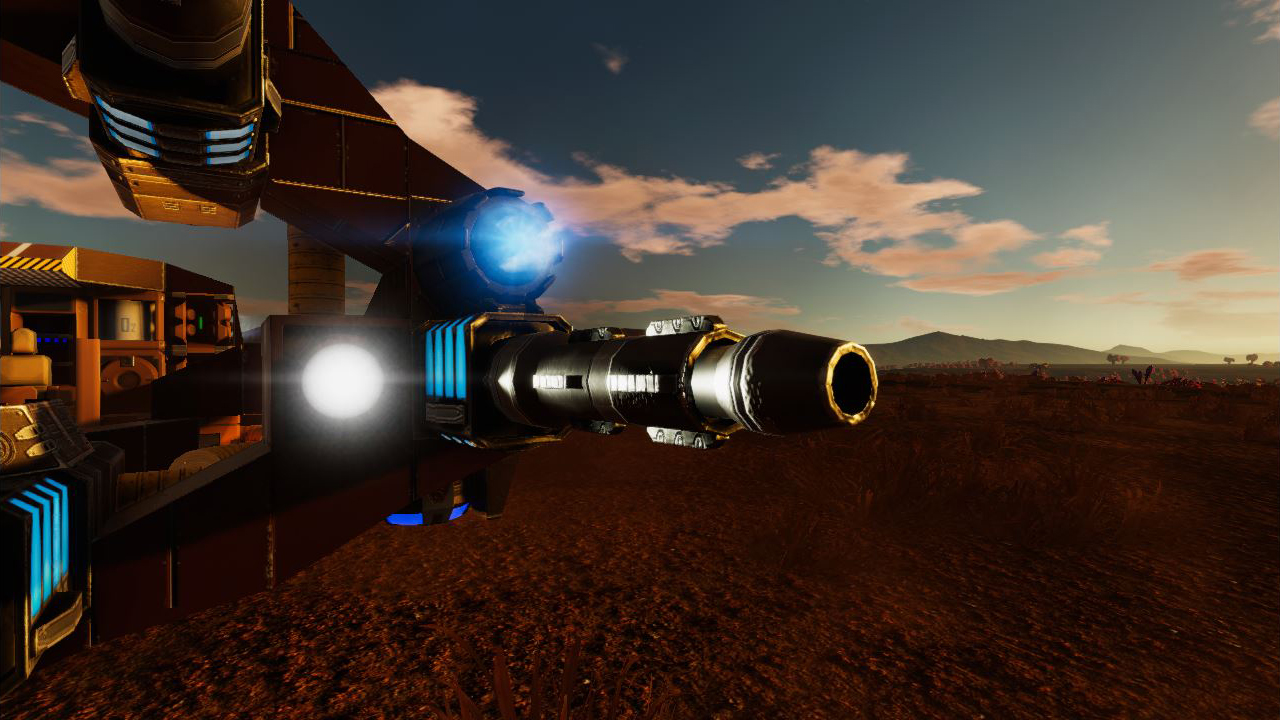 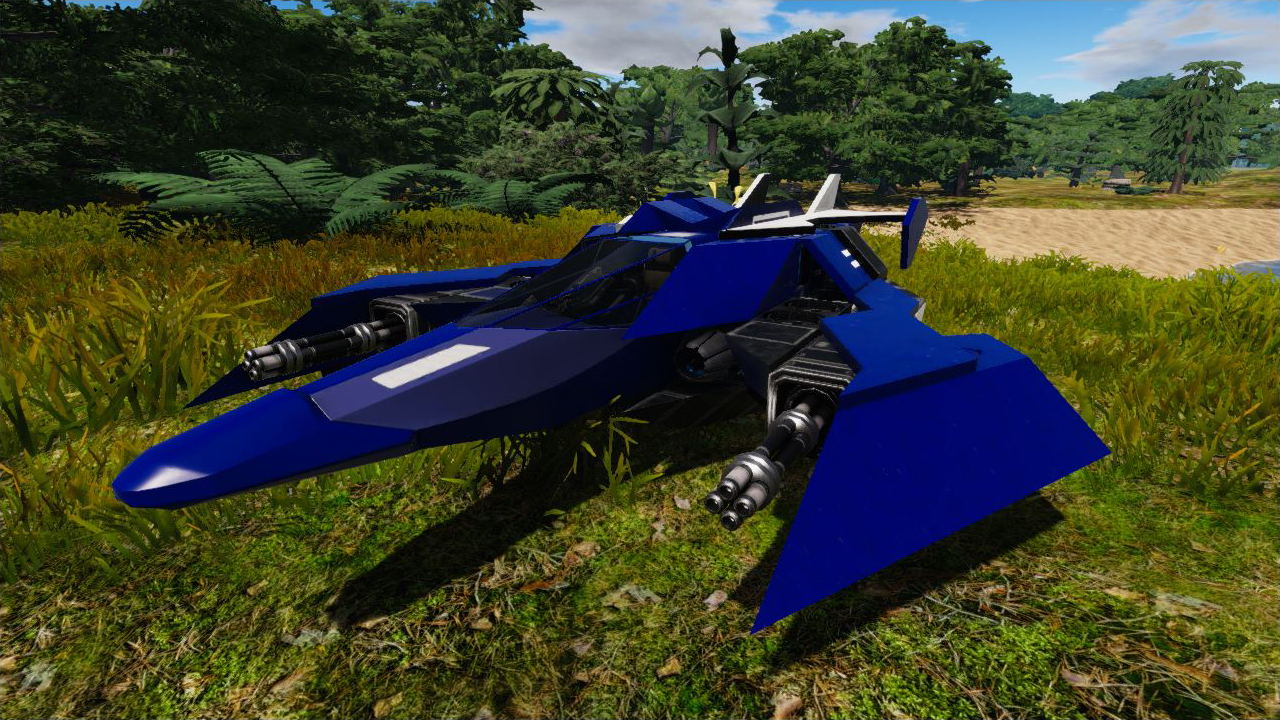 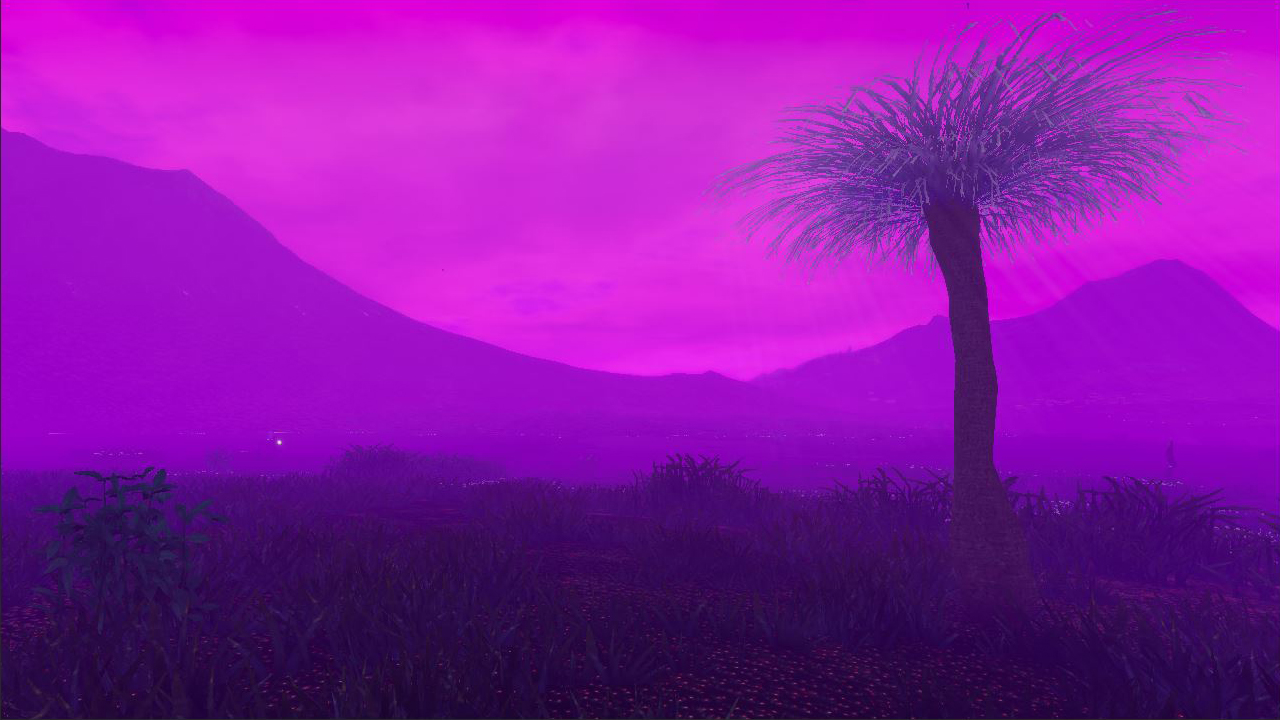 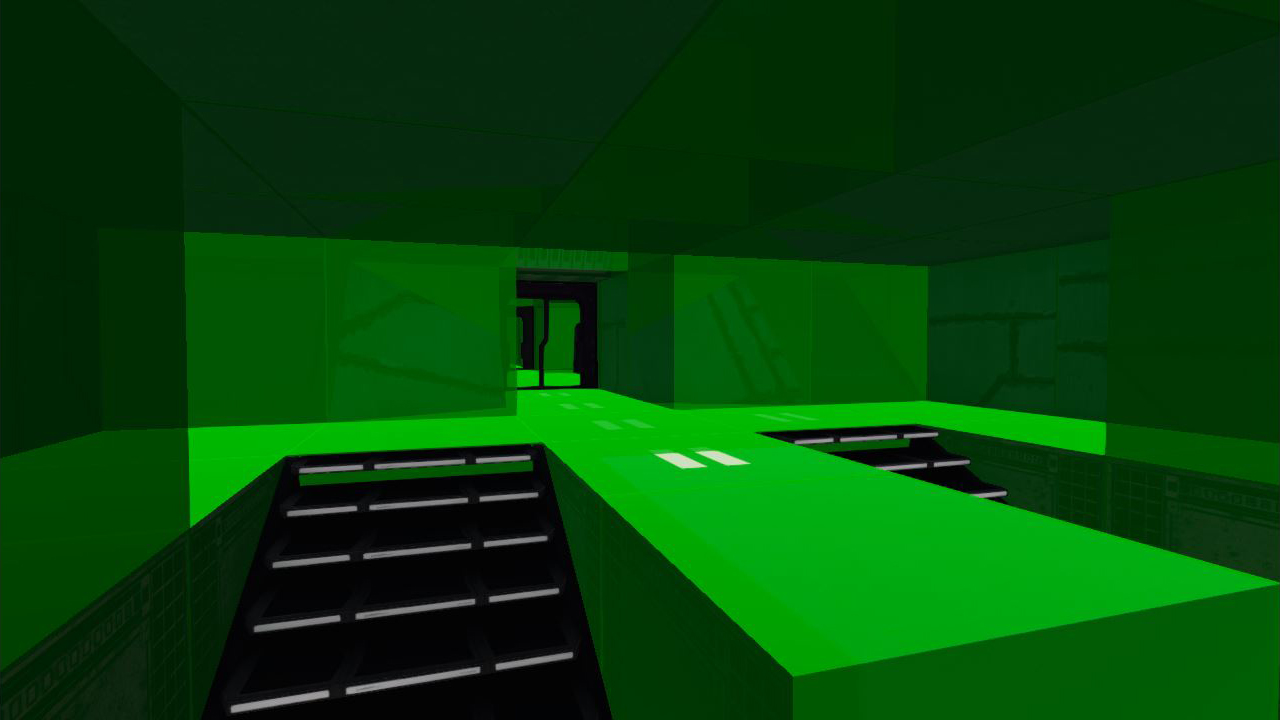 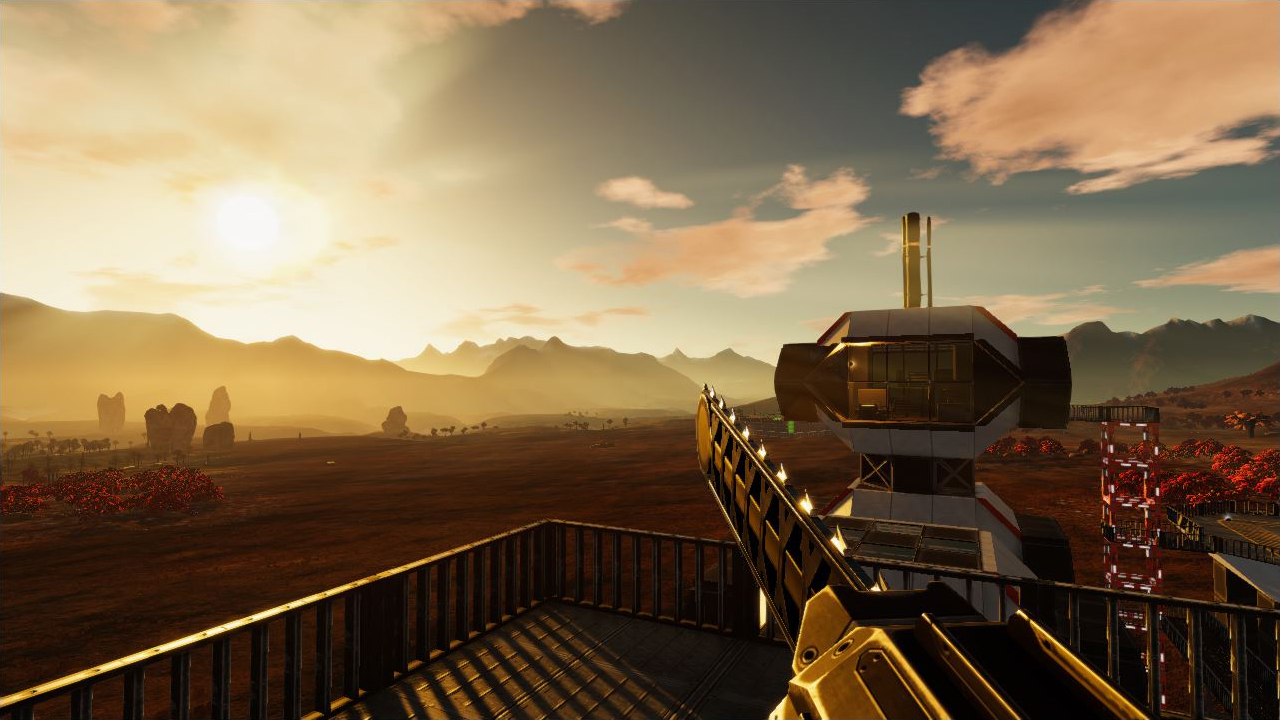 Gameplay:
- Added possibility for resource meteorites to despawn after a certain time (new yaml parameter: "DespawnDelay" - see example below)
- Activated troop transport for more Civil Settlements POIs
- All playfields are now set to PvP in SP default scenario (before you could not damage/destroy your own structures in PvE playfields, which is an anti-grief measure that does not make sense in SP)
- Growing plot is now made out of steel again (instead plastic).
- Increased the distance a SV/CV can move while you are logged off and you still get put into the cockpit from 10m to 50m
- Increased max number of resource meteorites per planet to 40

Changes:
- Upgraded Unity to 5.6.2
- First Version of new font management setup: In cases where a Localization is used that is not supported by our Bitmap fonts, a dynamic version of this font is now used
- Added French Localization (WIP): a big “thank you” to Eric Rosson
- Added Russian Localization (WIP): a big “thank you” to Сергей Васильев (Sergei Vasiliev)
- Upgraded Unity to 5.6.2
- Improved movement of Planet Vessels
- Balancing: reduced HP of sentry guns
- Rockets destroy themselves now after 10s if they did not explode yet.
- Shared folder info text files: position and rotation do not use commas any more, fixed touched_id for local games
- Updated Localization.csv (shortened some texts, fixed typo etc).
- Added missing GER localization

New yaml parameter: DespawnDelay
Example:
- Name: IronResource
Amount: 5000
InitialDelay: 1
Delay: 24
DespawnDelay: 5 # Float [0, 10000] Delay in game hours after which asteroid will be removed. If parameter is not set or set to 0, asteroid will not despawn

Bug Fixes:
- Fixed: Local hosted games do not show up as friends any more
- Fixed: COOP: can not use password protection while steam_appid.txt is modified
- Fixed: COOP/MP: Using STEAM friends panel and "join game" will only open the game itself
- Fixed: Sound of Thrusters cutting out with multiple vessels close to each other.
- Fixed: NPC's walking on water
- Fixed: MP: Deactivating a Artillery Turret on a HV while other turrets are still active leads to auto-fire glitch
- Fixed: Sometimes NPCs floated above the ground (especially when resuming a save game)
- Fixed: Personal Drone will explode when using a chainsaw to cut down a tree
- Fixed: Possible to change faction after core is gone / lock to faction
- Fixed: Regeneration exploit with faction change bug (Now disabling Access to CP from Back Button in all situations where it is not normally accessible)
- Fixed: Planet Vessel not created in Survival SP for Masperon
- Fixed: MP: Planet Vessel not moving after it is "set active".
- Fixed: In PvP playfields player cores can be placed inside of regenerating bases
- Possible fix for: NPC & AI turrets sometimes don't fire at players.
- Possible fix for: Alien Turrets & Sentry turrets only shoot at 1 player & not at the other players.
- Fixed: Upgrading a non-airtight door to an armored door will not add airtight shield
- Fixed: Problem that rockets which were shot at terrain far away sometimes did not explode (esp. on clients in MP games).
- Fixed: Possible to change faction after core is gone / lock to faction (Forgot this one)
- Fixed: Problem that some alien bugs were attacking through walls
- Fixed: Problem that other players did not show in sitting animation when connecting
- Fixed: Deactivating a Artillery Turret on a HV while other turrets are still active leads to autofire glitch
- Fixed: Problem with server messages not showing up correctly in the chat when using EAH server tool
- Fixed: Destroyed Blocks painting & texturing issues
- Fixed: Meteorites sometimes can't be drilled if falling on indestructible terrain (we moved the meteorites up a little bit and they will despawn after a certain time when using new parameter DespawnDelay)
- Fixed: Jittery movement of some NPCs (eg Total Horror, Crawler etc)
- Fixed: The Drill Turrets and the Drill Module's description say they can’t be used on Resource Meteorites.
- Fixed: Problem that all SV/CV weapons automatically repeated firing when more than one weapon of the same type was used.
- Fixed: Problem that fire sound was not played on weapons like rocket launcher when you kept firing.
- Fixed: Problem with too glossy textures on some NPCs
- Fixed: Troop transport alert message & sound can be heard by other players
- Fixed: After clicking on 'Access' in the control panel to enter a turret the control panel stays open until you press escape.
- Fixed: Draw distance of Ramps & Shutters 1x1 is shorter than other sizes. At short distances they become invisible.
- Fixed: When loading into a save or new game & opening the map the planet info is blank.
- Fixed: Player did not collide with other players or NPCs in MP
- Fixed: Visual issue with language button in Misc menu
- Fixed: Map Markers: Shrink instead of overlap
- Fixed: MP: Dangerous Space has 2x Omicron Station
- Fixed: Chat does not show from Mod when typing in Faction chat (now shows in either Faction or Global chat, depending which the player has open at the time)
- Fixed: Problem with NPC spawning in scenario: Invader vs Defender
- Fixed: NEW GAME info regarding "Start Location" was misleading when using any other Scenario than the "default" one
- Fixed: Error linked to picture format of loading screen pic
- Fixed: Problem that certain save games could not be resumed
- Fixed: CP Main Page input outlines sometimes showing incorrectly
- Fixed: Several problems with particle effects on AI Vessel
- Fixed: Map Marker panel sometimes being selected on First Open of map in a New Game
- Fixed: When you kill 'AlienBug03' its corpse turns into a dead Plant monster.
- Fixed: Some colliders on non-armored doors
- Fixed: Problem that third person colliders were active the first time you entered the game
- Fixed: Marketplace: Buy-Notification shows all decimals (Now only showing 2 decimal places)
- Fixed: Marketplace: Info hover text does not close / reappears
- Fixed: Several internal exceptions

Whats the info on that Local Coop, Is that LAN or actual couch Coop?