Posted by EleonGameStudios on Jul 2nd, 2017

The Alpha 6 phase is making good progress - welcome to a new bug fixing and improvements update!

Thanks to you ongoing support, Alpha 6.3 again addresses a heap of bugs. But the new update also has some gameplay changes and new additions for you to play around with!

First and foremost, we are currently working on a full replacement of the old P2P multiplayer mode. As you all know, this mode is still in the game and works to some extent, but also has several limitations and issues. That’s where the new Coop mode comes into play. For more details, please check out this thread: Empyriononline.com

Please report crashes, CoQ, freezes and other problems that return a “log file” over here: Empyriononline.com

Improved Local Coop:
- Added possibility to host a local coop game that can be joined by your friends without port forwarding. For more details, please visit this thread: Empyriononline.com 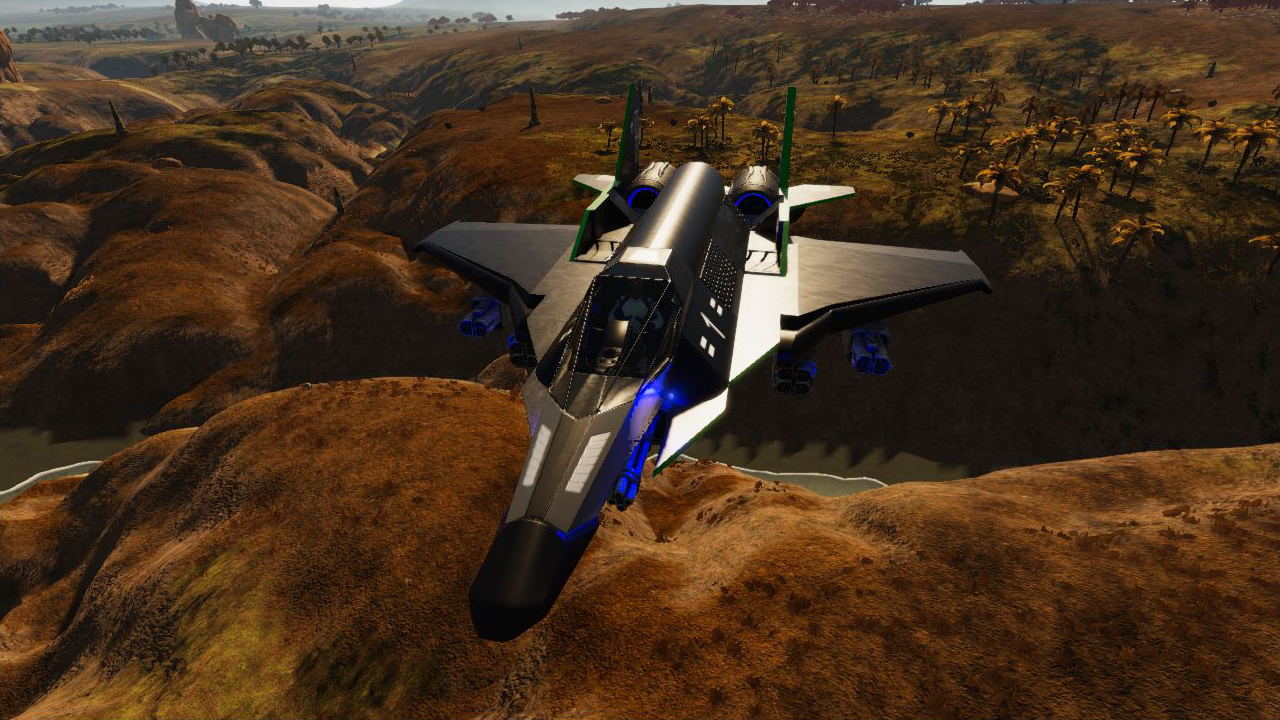 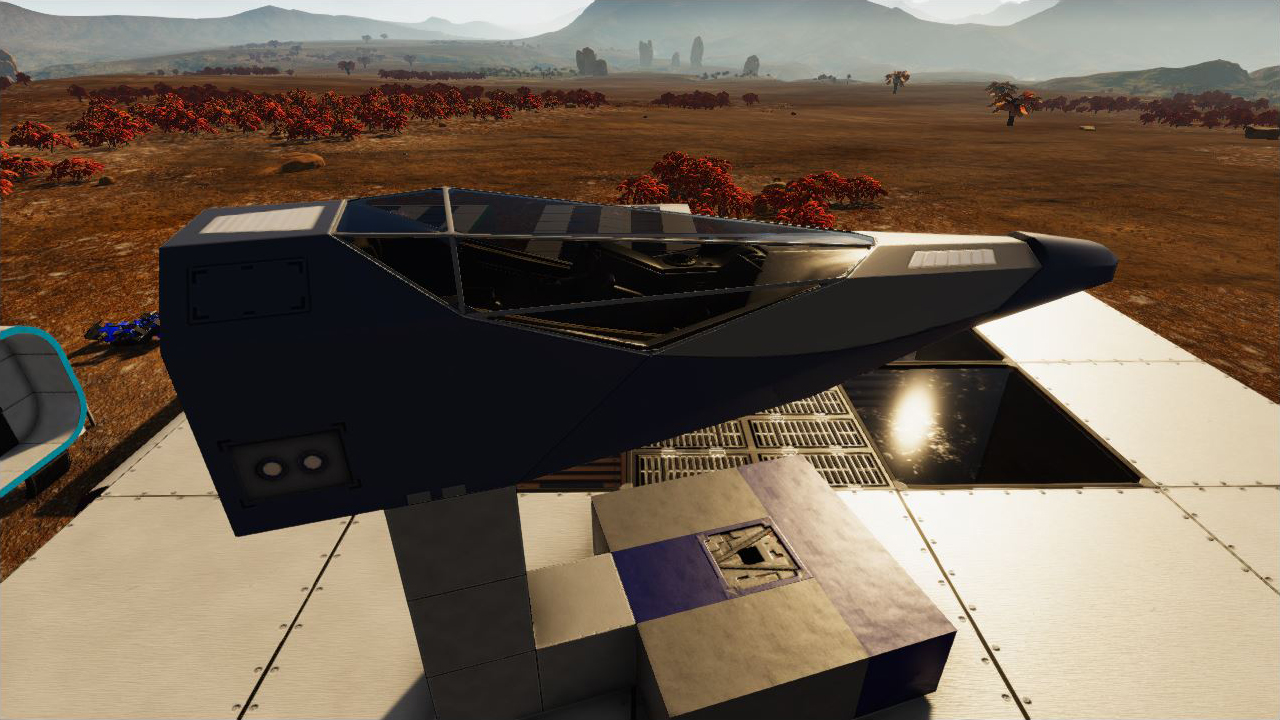 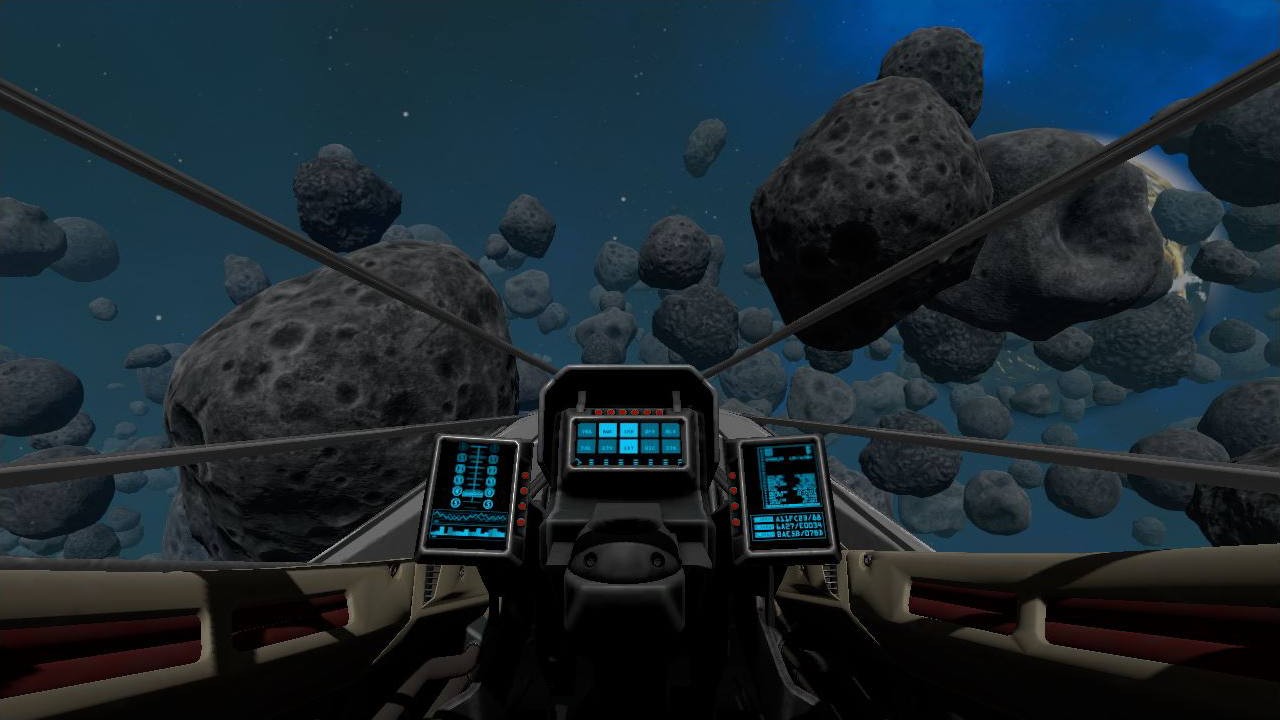 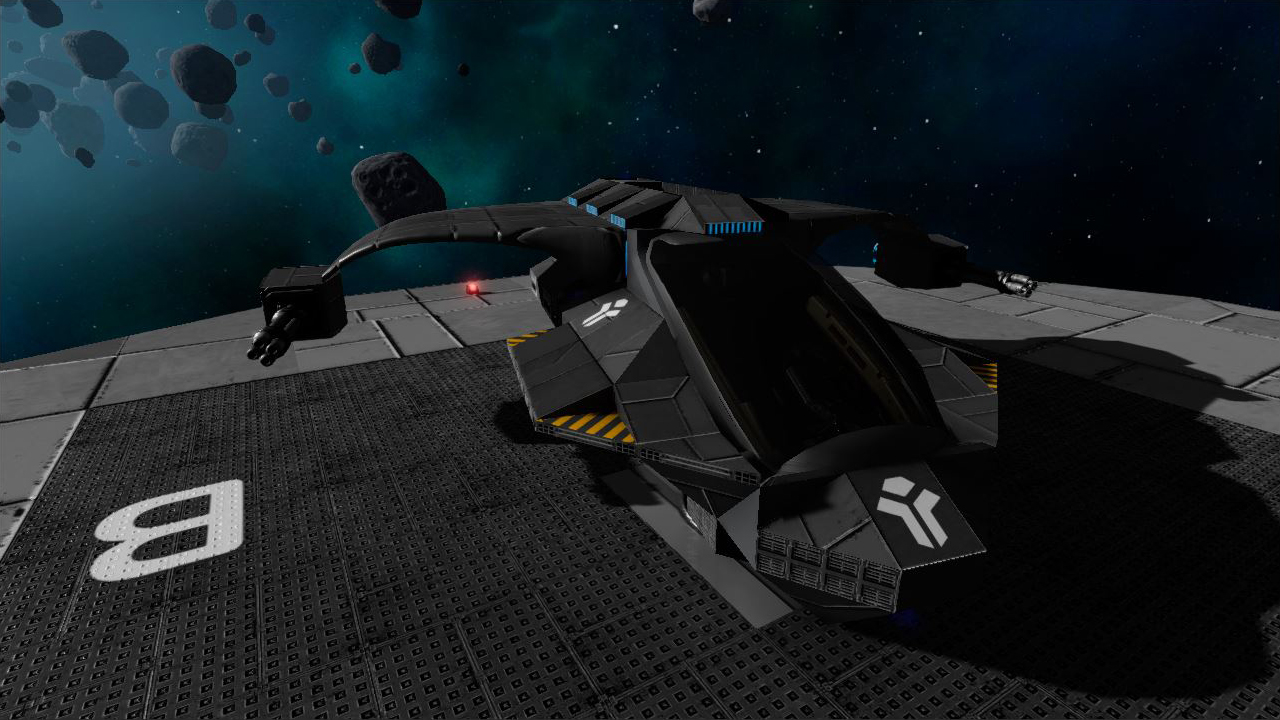 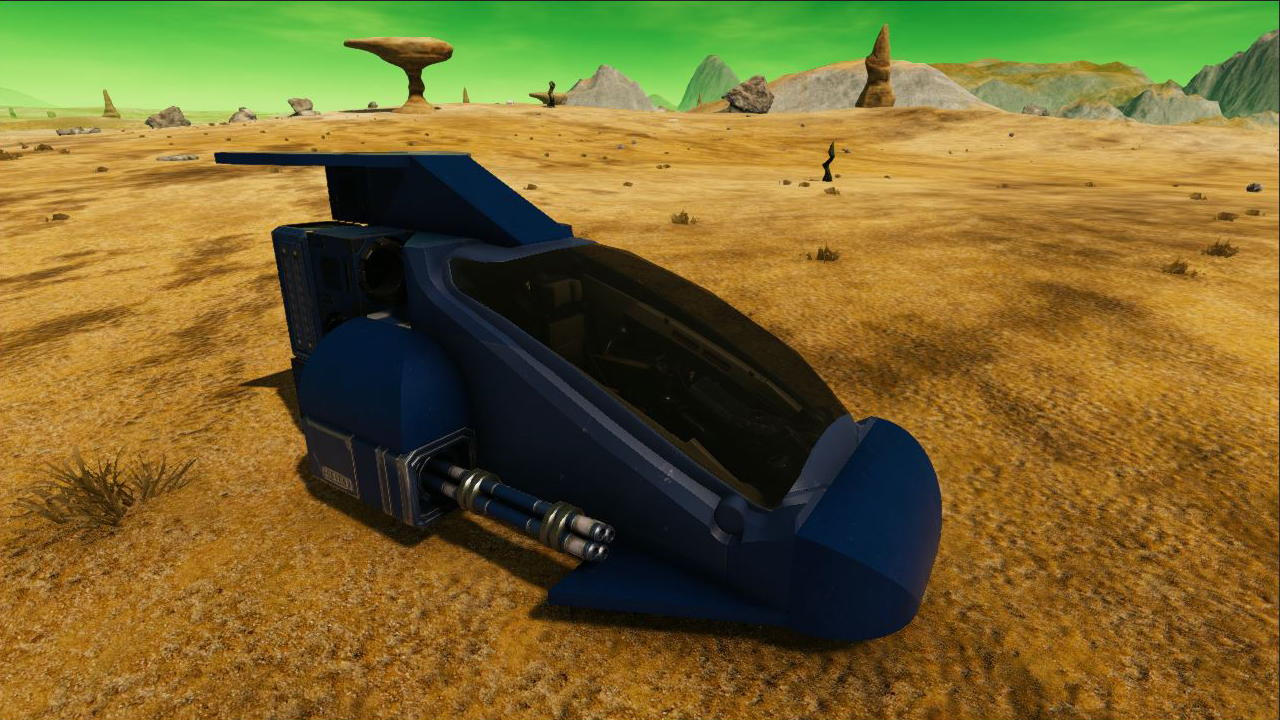 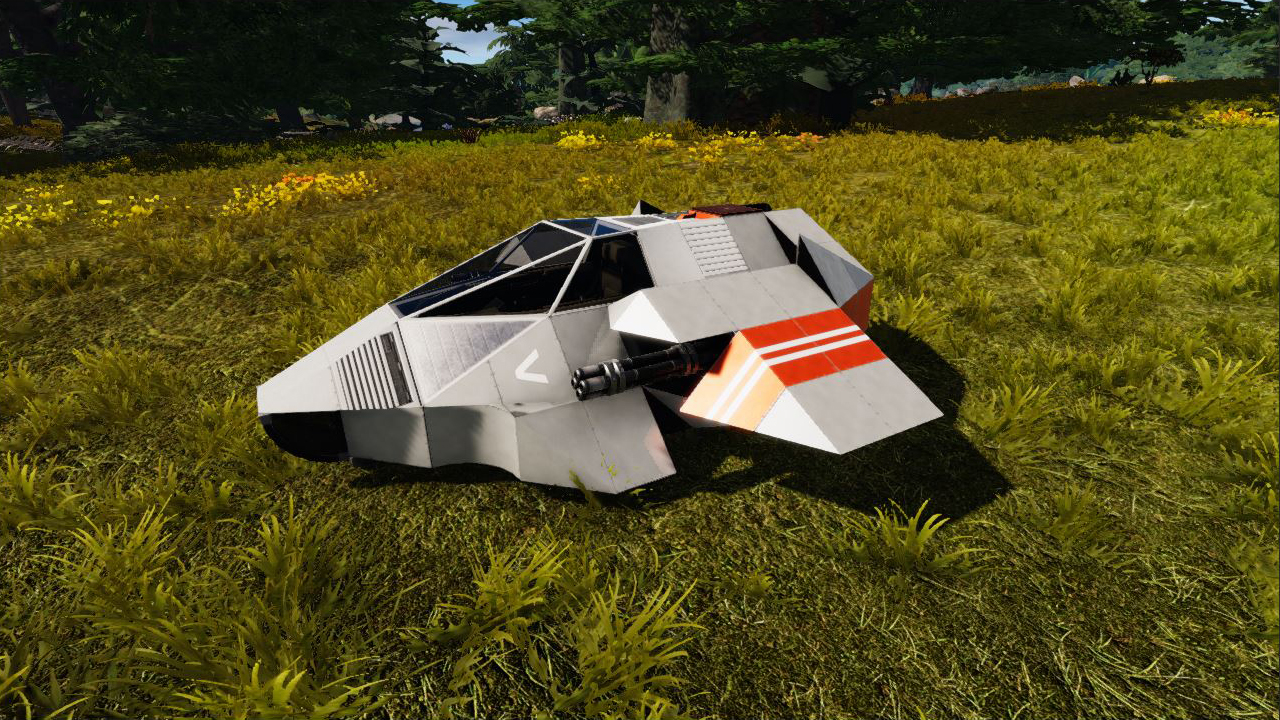 We added some very small and cheap vessels as stock prefabs

Visit our new POIs on Akua and Oscutune 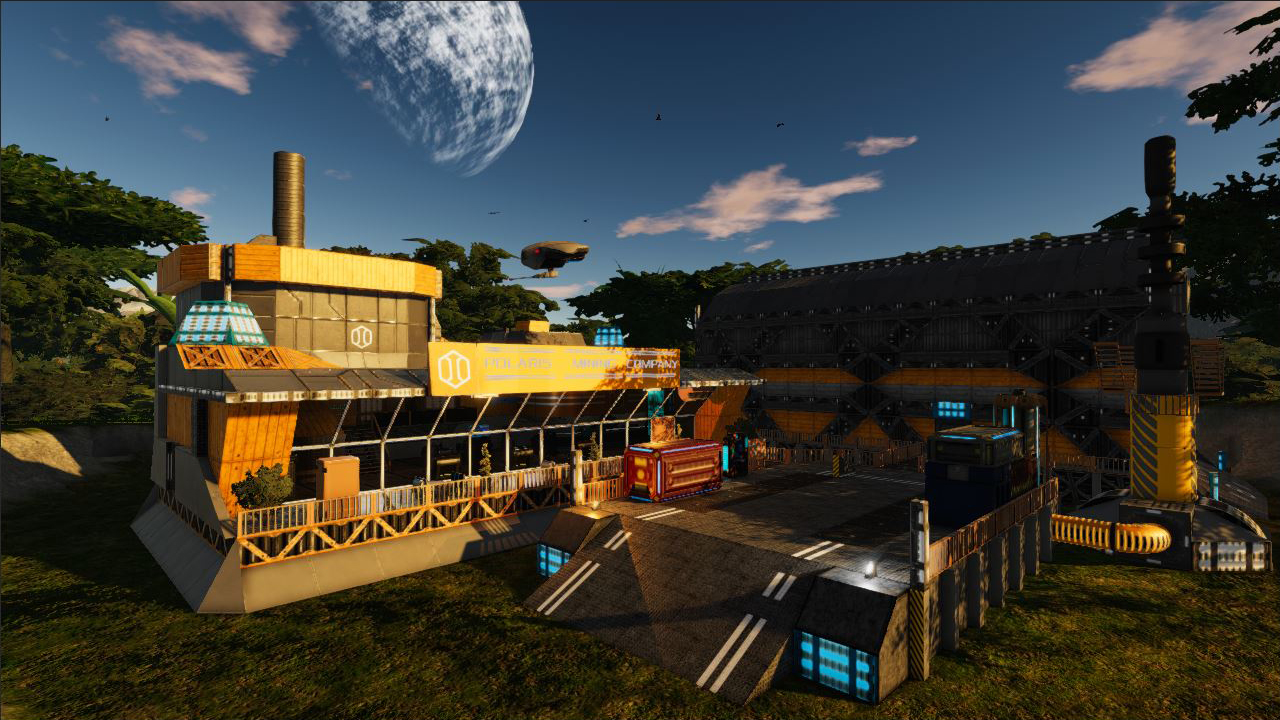 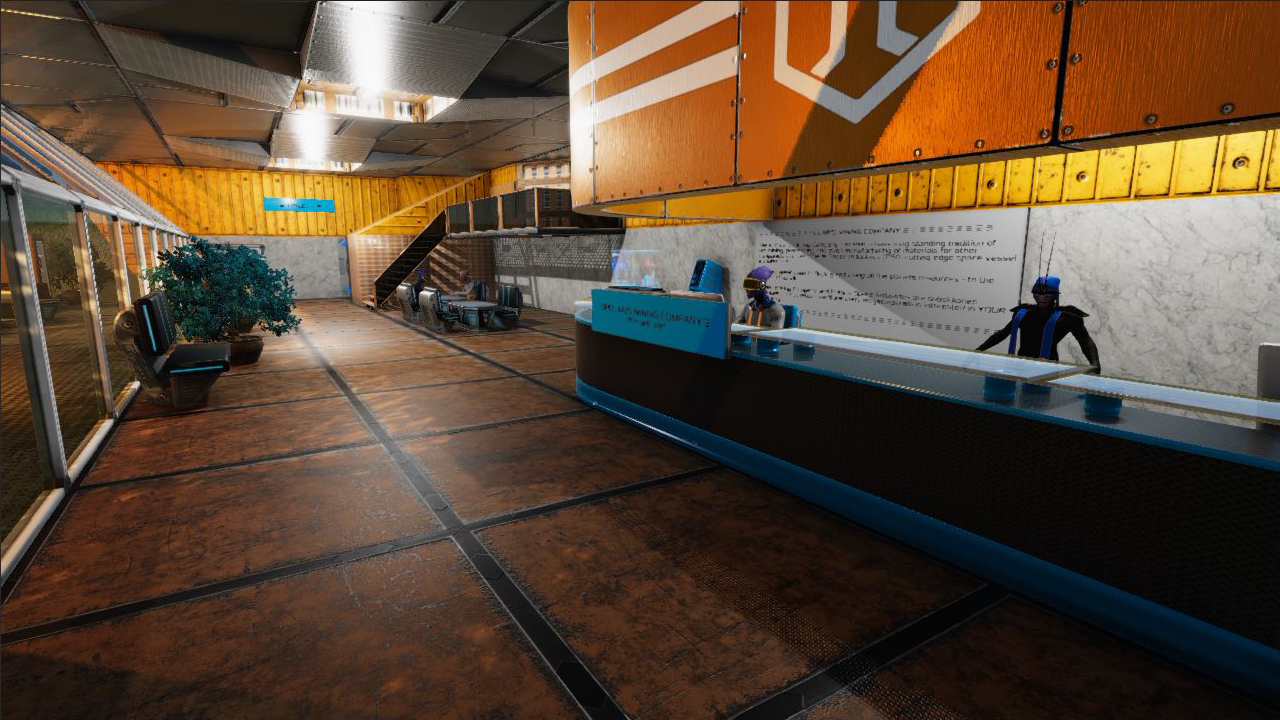 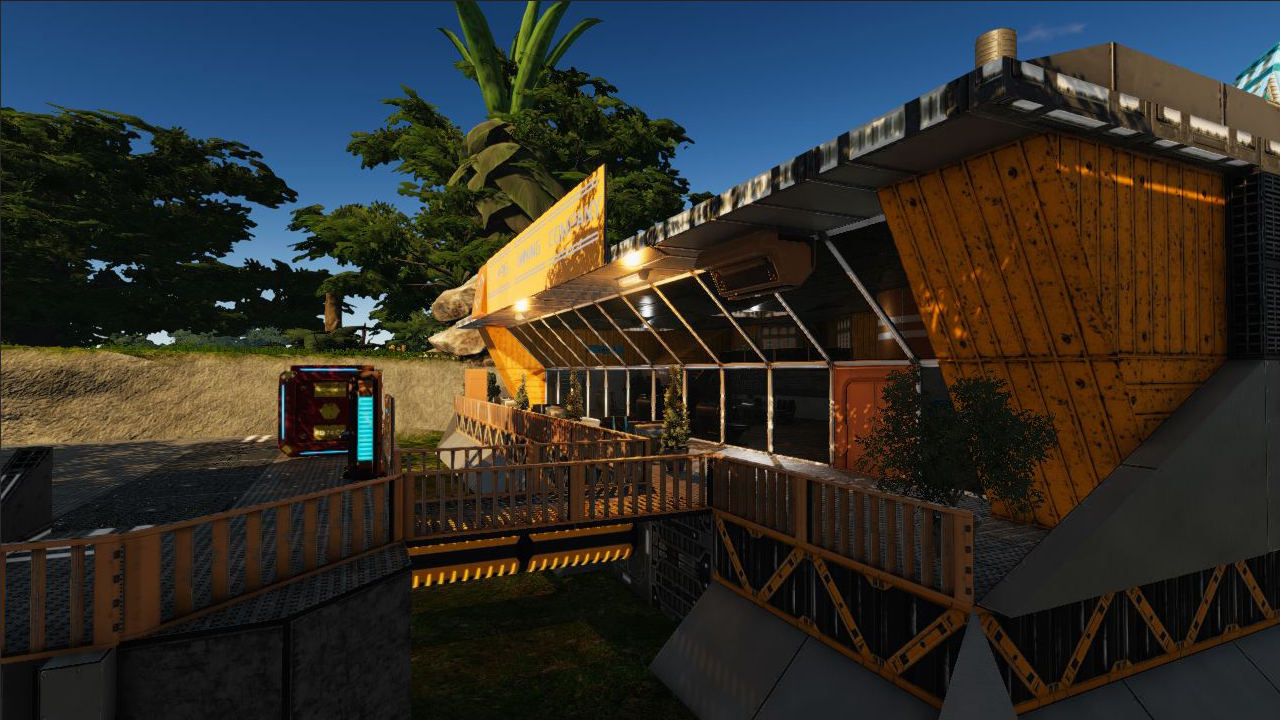 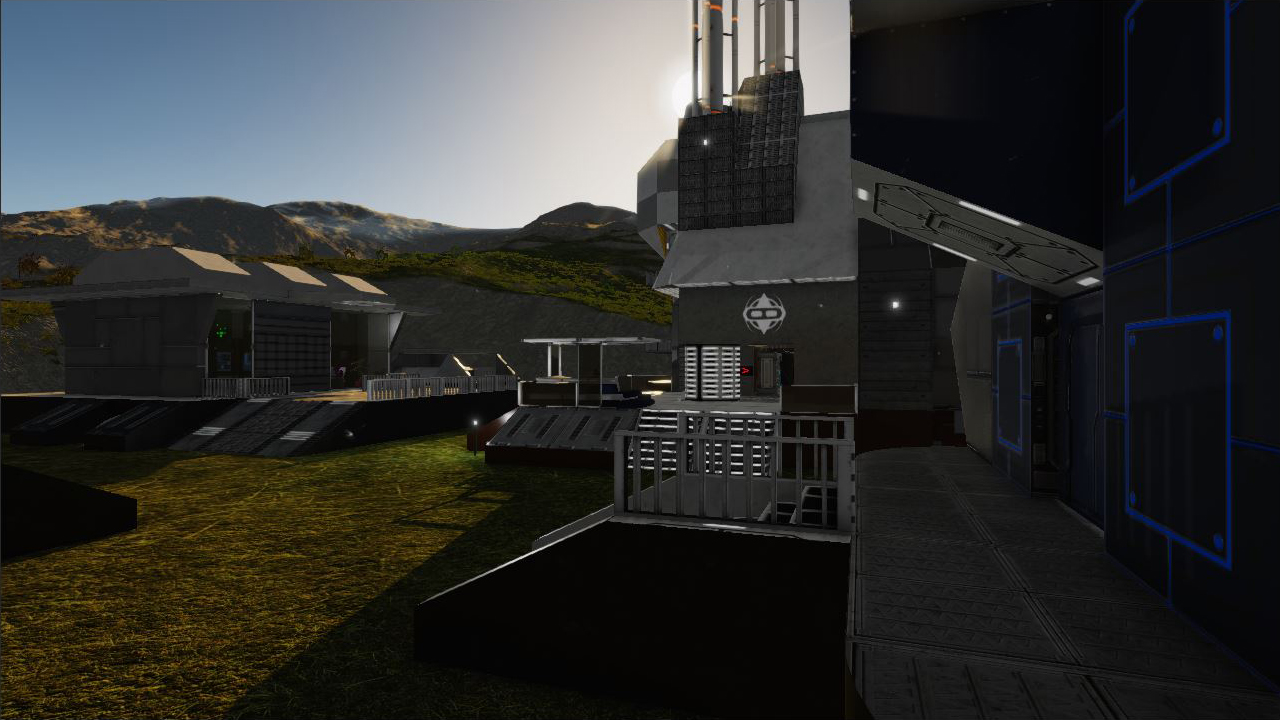 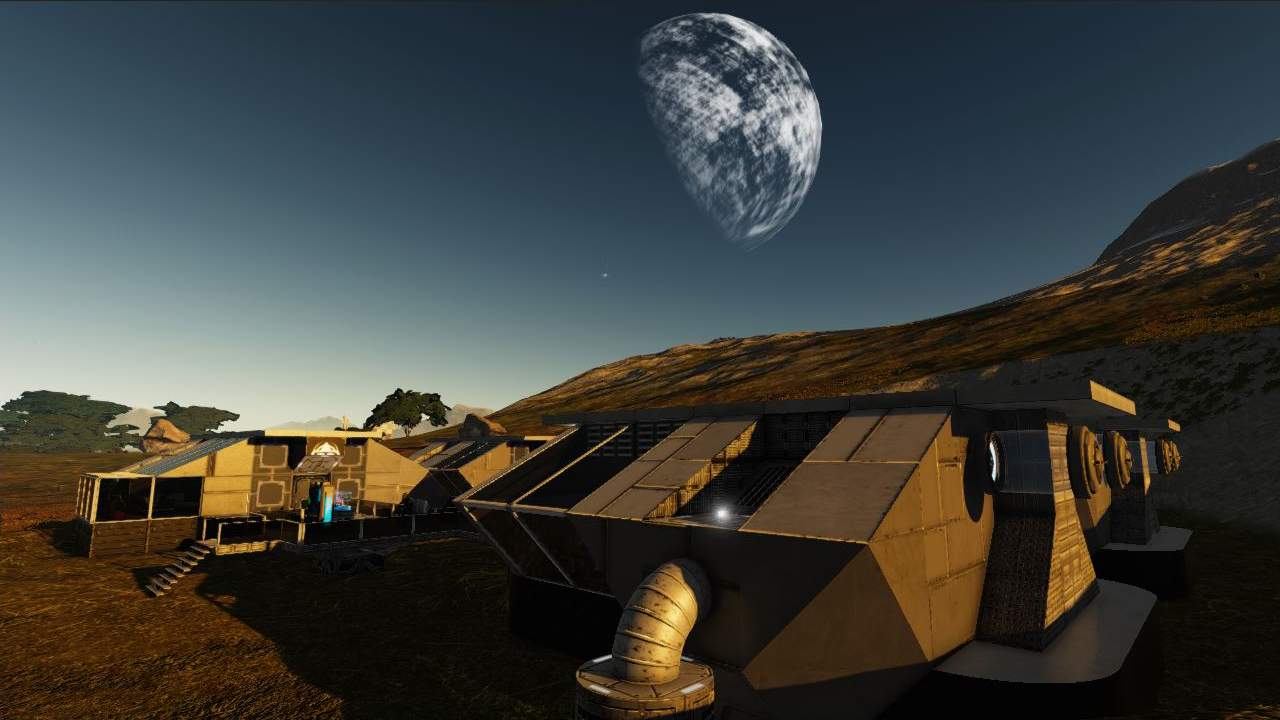 - Changed: Drones/Planet Vessel will not approach base anymore if owner is not nearby (base idle)
- Added despawn timer also to containers (eg backpack) and show remaining time in seconds when below 1min
- When targeting a block that applies status effects these are now shown (eg shower, scanner etc)
- Adapted collision on bushes / trees: removed movement collision for several plants
- Added more precise colliders for all SV / HV closed cockpits 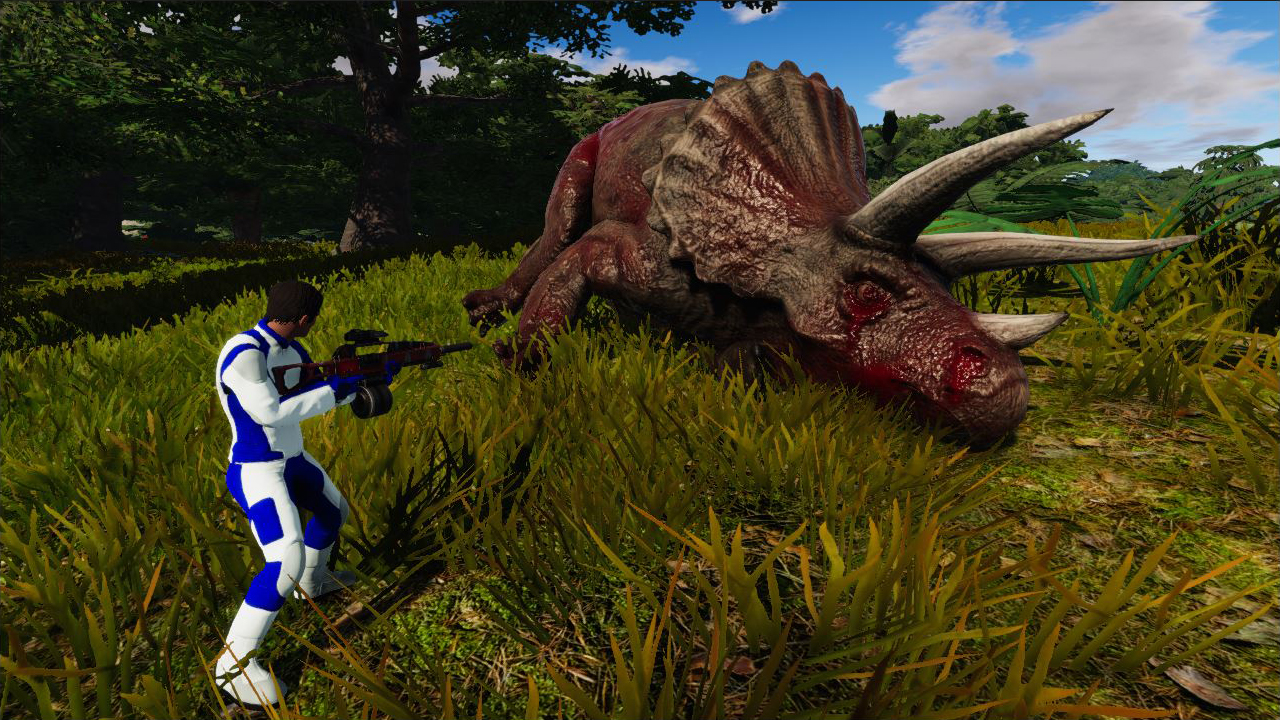 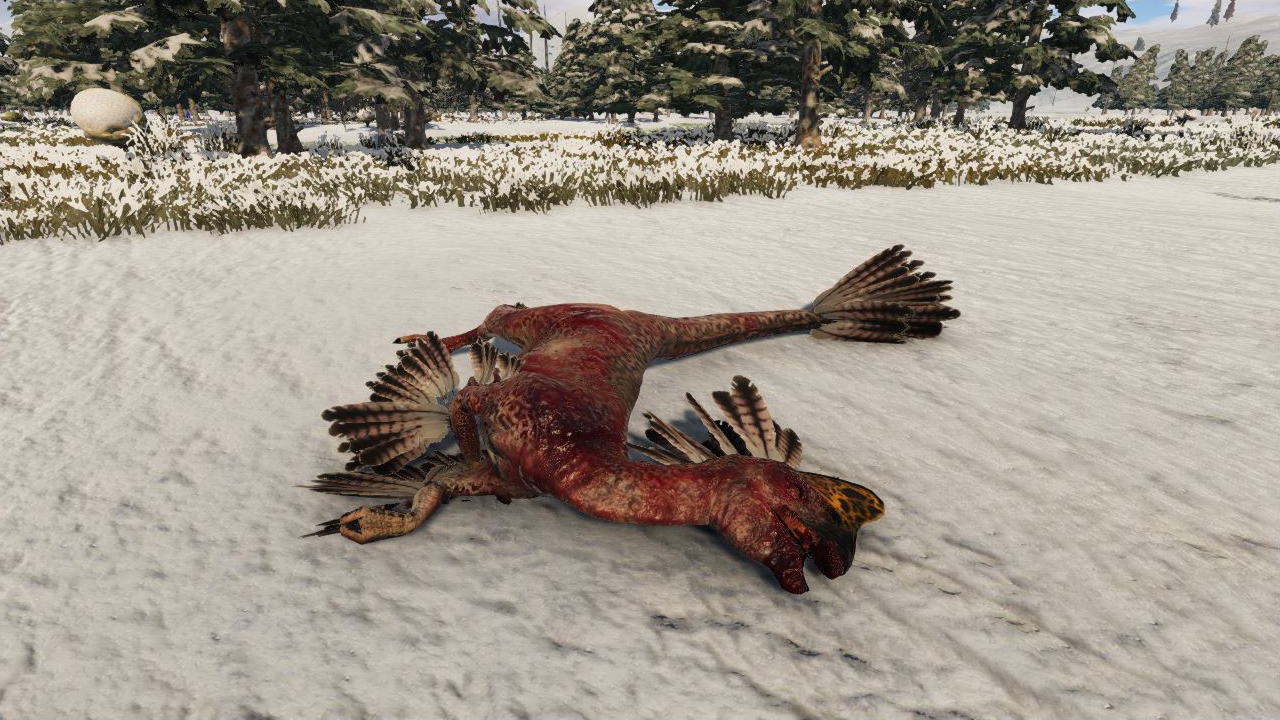 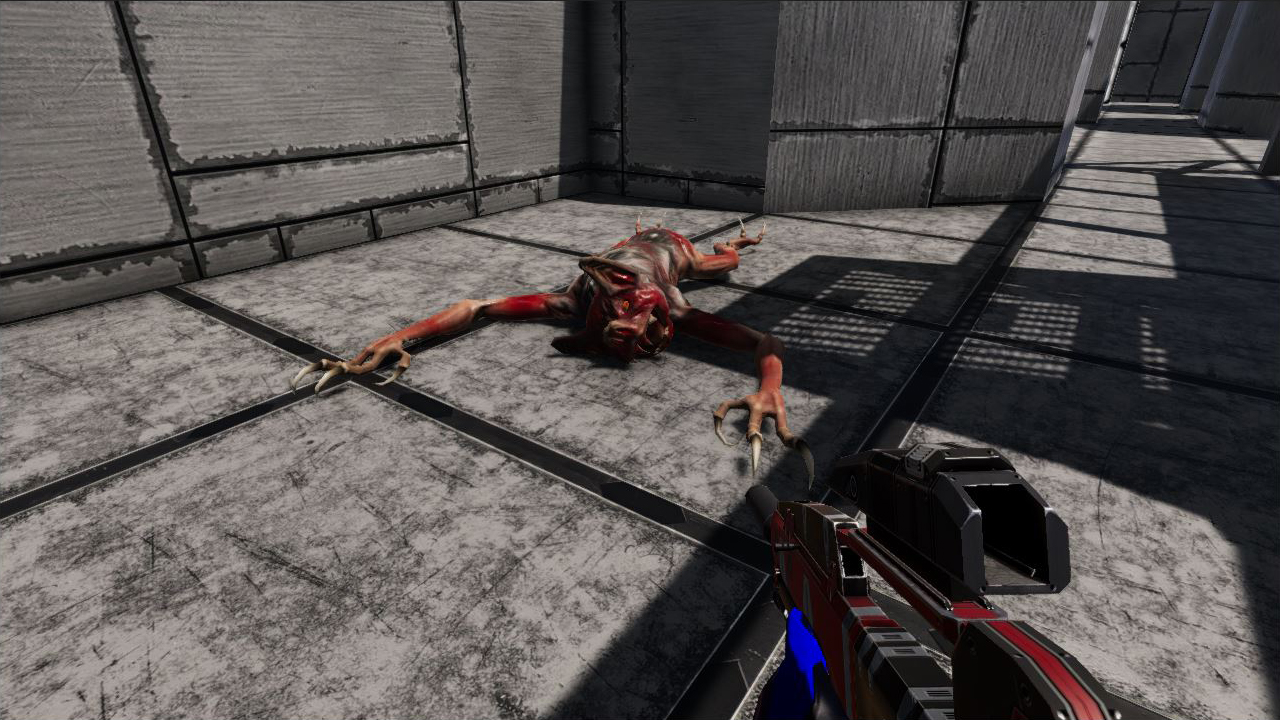 - Changed type of blood effect that is shown when a NPC is hit: more red blood, less green blood
- Blood particles are now better visible
- Spotlights: when flying a CV in 3rd person view, the LOD of spotlights is ignored (ie even on very long CVs the spotlight is not switched off )
- Updated overlay for Player Drone and Turret
- Adjustment to shaders to minimize visual difference between hull blocks and 3d models
- Better animation for Zirax NPC when it gets hit.
- Tweaked animation controller of cyborg to avoid jittering (same for crawler).
- Added damage states to windows of new cockpits
- Added damage states to cockpit 07
- Added better texture for light of spotlights
- Night on Omicron is now a bit brighter
- Tweaked color mask of Cockpit 4 (color more intensive)
- Replaced green bush on Akua and white bush on Ningues with better models
- Tweaked audio of hit effects to avoid hearing particle effect too far away
- Growing plot steel has now grey color when placed (instead of white)
- Cockpits have now their default blue color when placed

Changes:
- Added possibility in Server Browser to filter servers with respect to their ping
- Added: Added "Srv_Visible" parameter to dedicated.yaml to allow hiding a server in the Server Browser
- Reset Control Panel to Main Page/Reset selected Device when opening the same structure after resuming a game
- Adapted text when trying to access a block that belongs to another faction
- Changed naming: Instead of "Trusted Server" > "Verified Server"
- Added console command to trigger base attack wave (see "help aimanager")
- Adapted server message when playfield server is shutting down
- Tutorial Scenario: you can now only choose Akua as start (before it was confusing because you could start on Omicron but no tutorial started)
- Updated console cmd "weather": better formatting
- Updated “Empyrion Admin Helper” (EAH) tool: Eah.empyrion-homeworld.net
- Localized all status effects

Bug Fixes:
- Fixed: Playfield crash and connection lost issues (another potential fix)
- Fixed: Color difference and too bright nights in client games when the server starts up the first time
- Potential Fix: Losing faction information when joining a MP game after server has been idle for a while
- Fixed: Breathing sound on NPC's could still be heard after they are dead
- Fixed: In some situations the sound of weapons or devices could not be heard
- Fixed: Error when connection to a host was not successful
- Fixed: After renaming a signal or circuit trying to update devices to the new name was only ok for the 1st device.
- Fixed: Passenger accessing a turret was dropped out of turret after several seconds
- Fixed: Player falling through world when choosing 'spawn nearest medic station' and the medic station was far away
- Fixed: Approaching Planet Vessel (PV) base while PV was regenerating could lead to the PV falling through the ground (MP only)
- Fixed: Drones could sometimes got stuck when trying to climb up mountains
- Fixed: Drone wrecks were falling through the ground if shot down in great distance
- Fixed: When using the "fill all" button on a HV with Drills and an Ammo box, drill charges were put into Ammo Box even though the drills are not using drill charges
- Fixed: Sometimes Troop Transport was flying below terrain in MP
- Fixed: Base Attack Drones Large were not spawning
- Fixed: When you have "Restrict Blueprint" types allowed set to 'None' you could still access the BP menu & Factory.
- Fixed: Entity Spawner: Interactive Setup showed strange moving area-pattern
- Fixed: Custom signals kept appearing in the state of the last structure or vehicle visited.
- Fixed: The dropdown lists in the signals tab for on/off & lock/unlock went blank when exiting the Control Panel with them left open.
- Fixed: Fixed Faction/Player scrollbar Issue (could not scroll up/see players after scrolling to bottom in another faction)
- Fixed: Some templates were erroneously shown as craftable in Food Processor / Constructor if sub-components are not craftable (eg Growing Plot (Concrete) in Food Processor when you have Crushed Stone)
- Partially Fixed: Destroyed Blocks painting & texturing issues (we will fix the remaining blocks in A6.4)
- Fixed: When flying over water in a vessel with spotlights the water showed square shapes.
- Fixed: Looping reposition console messages when a ship happened to be at the same position as a planet.
- Fixed: Problem that console command "aimanager addtrooptransport" was not working in MP
- Fixed: Missing from "Equipment Group": closet, nightstand, kitchen corner, bathroom vanity etc
- Fixed: In the new game menu, the 'Default' scenario was sometimes showing as 'Tutorial'
- Fixed: When opening the control panel up on a sensor sometimes the 'Signal name' box to name the sensor disappeared.
- Fixed: Fast graphics preset was causing an issue with shadows on Cockpit
- Fixed: Spider was slightly hovering in air when dead
- Fixed: Using a Drill on bedrock resulted in infinite XP
- Fixed: Flare position on cube spotlight
- Fixed: Missing glass in door of SV / HV
- Fixed: When loading into a save or new game & opening the Map the planet info was blank.
- Fixed: Autogroup in control panel did not work in certain use case (eg after "add to group")
- Fixed: Control Panel: Using "Add to last group" repeatedly moved the selected device cursor down +1 instead of staying in place
- Fixed: Group control buttons and Filter missing when starting a new game for a second time after Control Panel was open
- Fixed: Problem with console cmd "aimanager adddronewave"
- Fixed: Problem with multiple defined Localization keys ('xyz' is already present)
- Fixed: Typo in the controls menu ("Brake" instead of "Break")
- Fixed: Several internal exceptions found in output logs