In the latest 3 weeks we worked on 3 different part of the mod. Long progress report about Alpha-2 ;)

Hy there !
In the latest 3 weeks we worked on 3 different part of the mod.

Szilaj's task was making a new FPS arms for our hero, and start modelling a basic weapon wich are able to fight against the CU Soldiers :)

And then the CU's Glock was born: 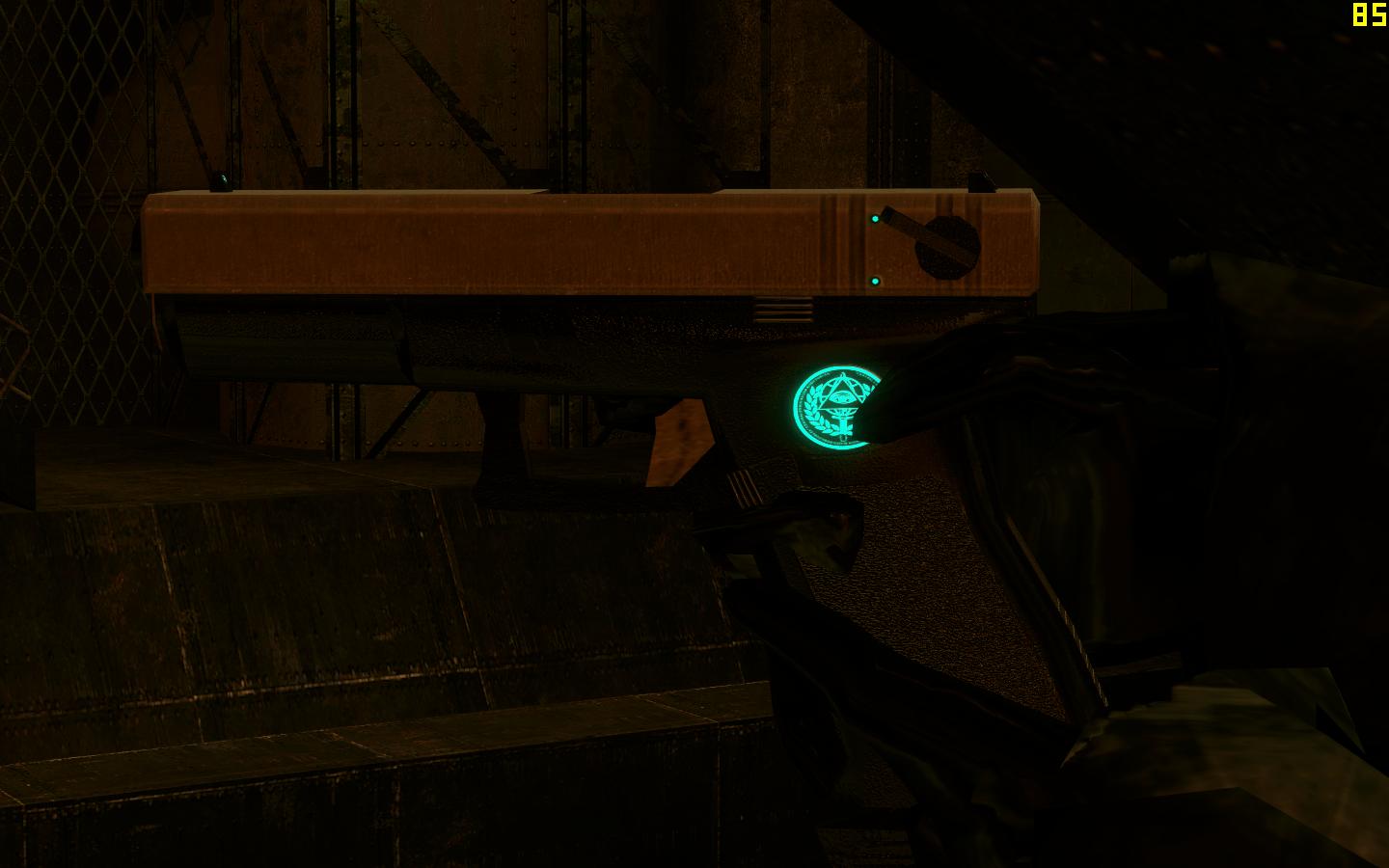 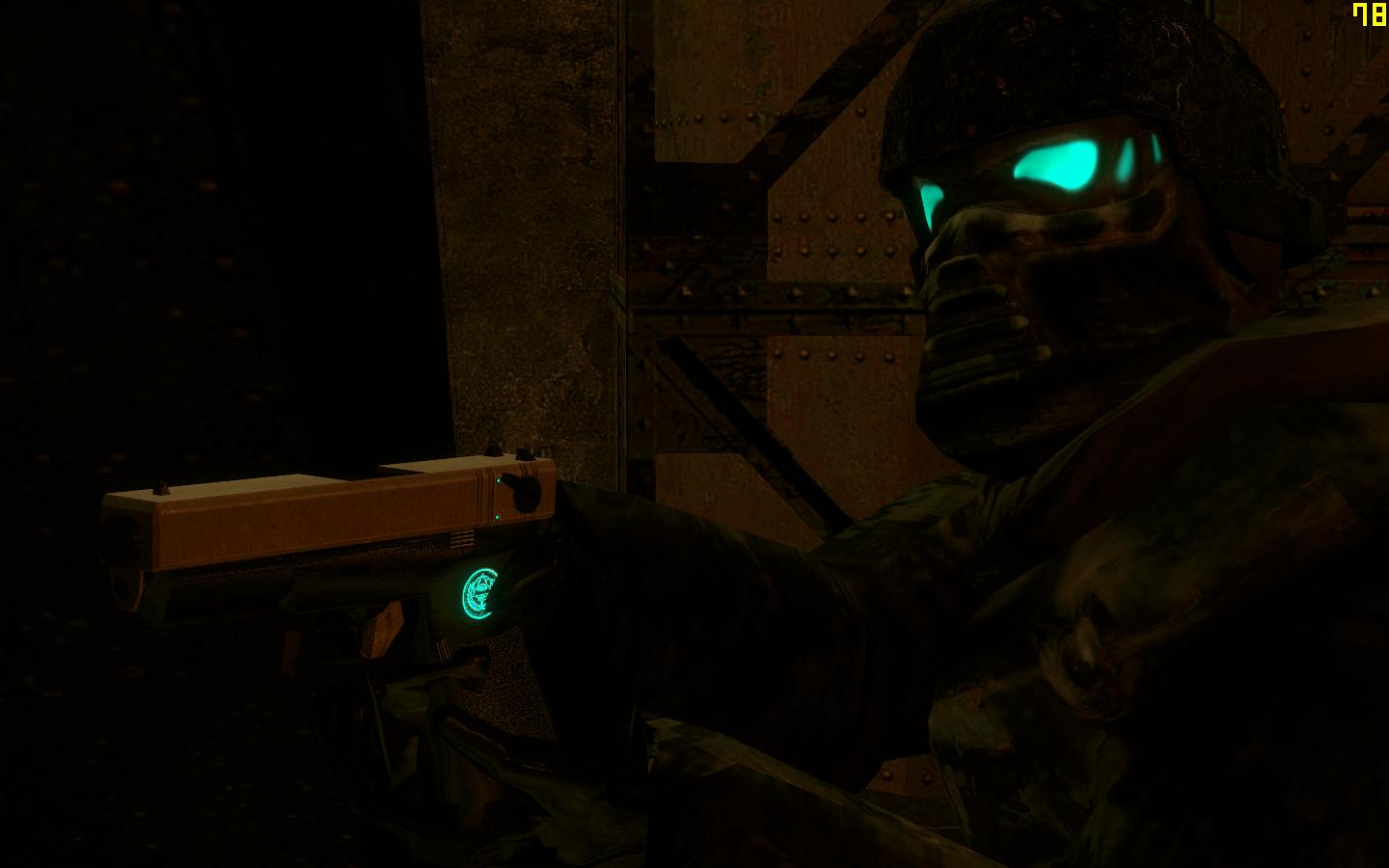 And of course, the player also able to pick it up :P 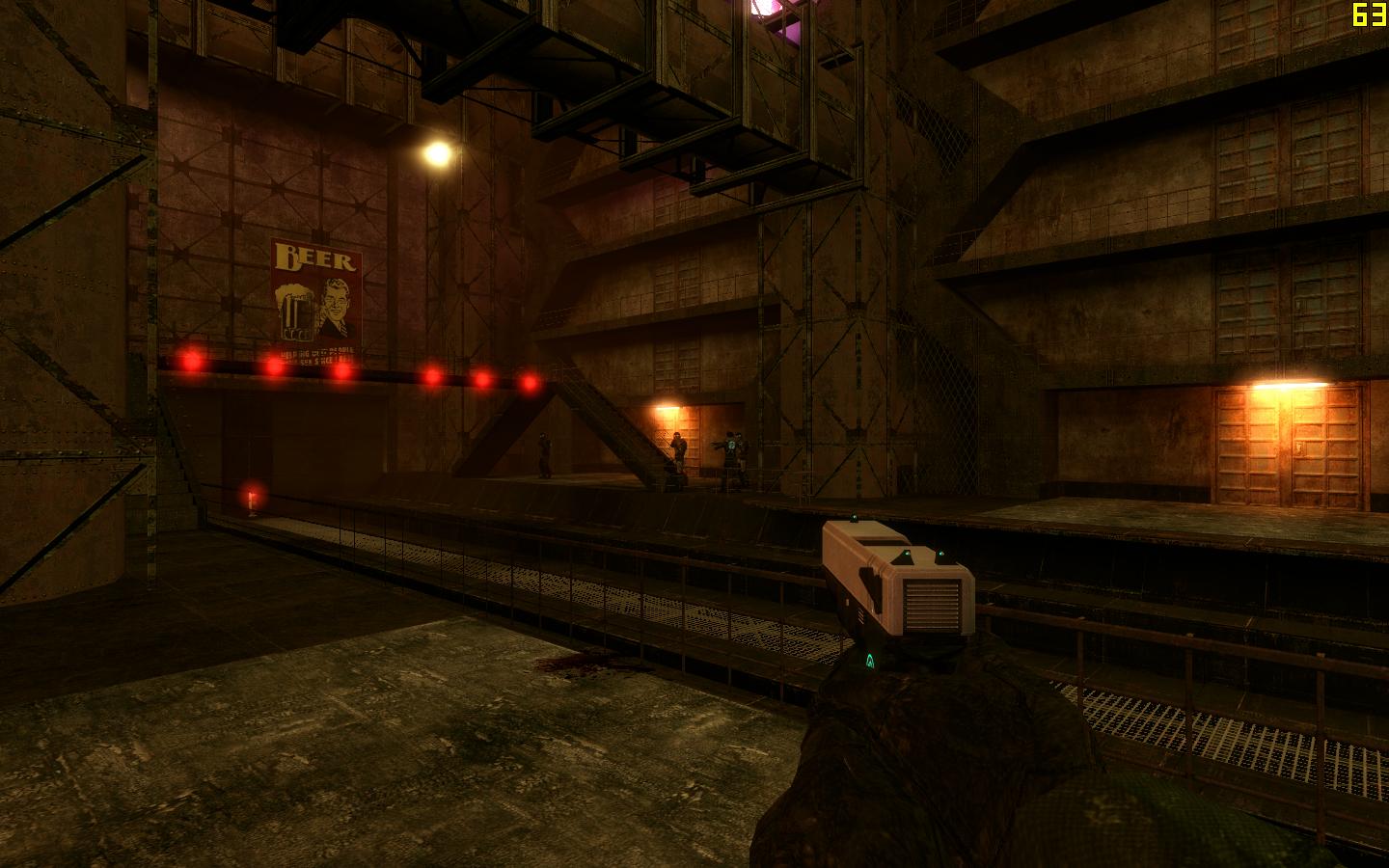 And here comes my work :P. My own task was embling some basic features into the code (if you remember guys i already told you that i'm not a coder anyway :D). Szilaj know much about realistic FPS games than i and he ask me: "Can I add the ironsight feature into the code?" and my answer was: "Well, i will try :D!", and after ~2-3 hours it was success! : 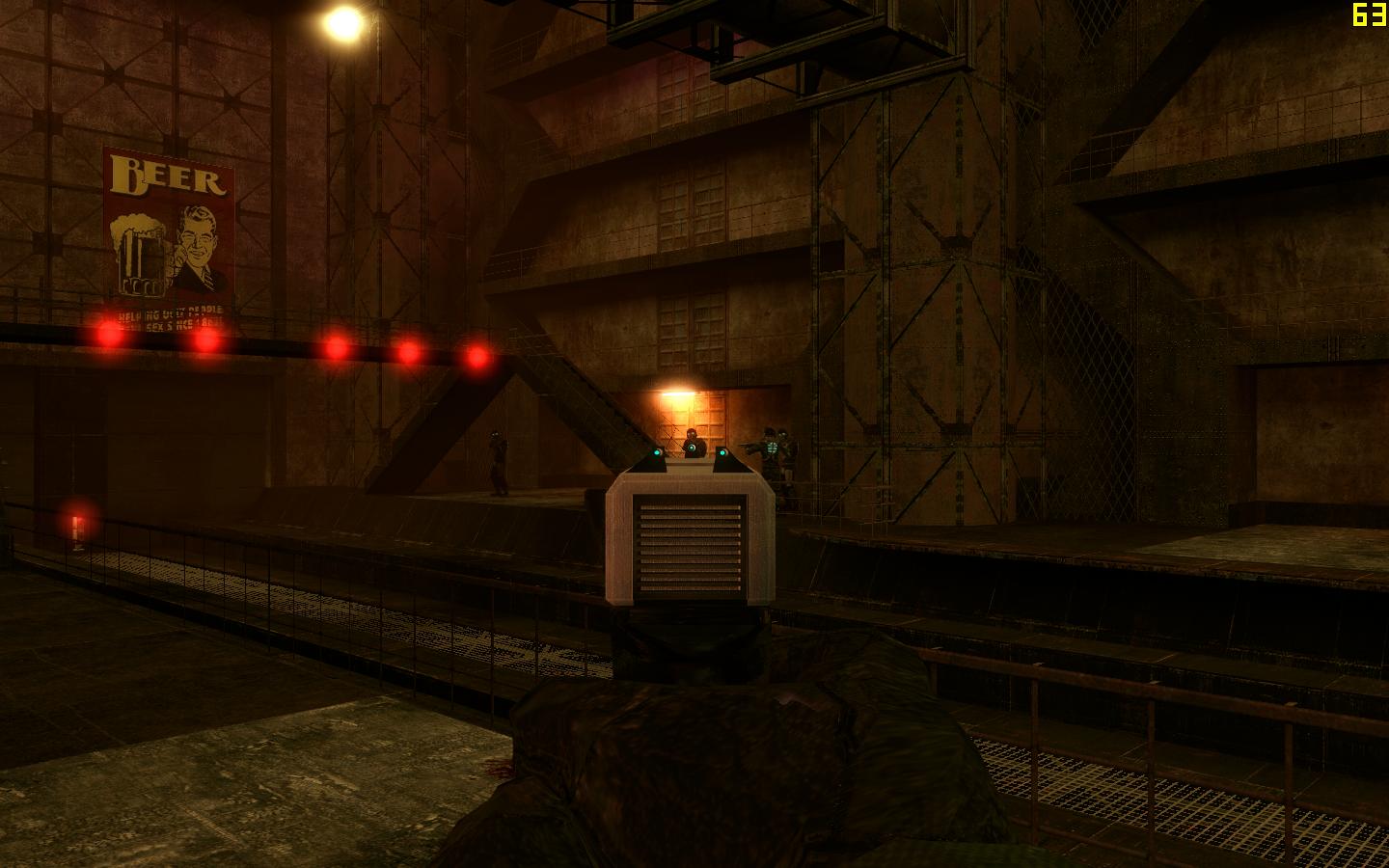 Special thanks to z33ky who made this tutorial about embling ironsight fature into the code ;)

But it was not as easy as you think. Kontroll is based on EP1 engine, because most of the team members won't have OB at the begining, so in the begining i tried to make this code works under EP1. It was nearly impossible, i got errors after error when complying the client/server dlls. So, i realized our only was was to change the mod's engine to the newer OB's Source engine. It took 2 day to make that at this point.

After all i successfully changed the mod's engine, and i retried to insert the ironsight's code into the mod. And finally it was worked, and we all glad about that :].
But my job won't over here. The engine change, made it necessary to recode our custom npc_centralunion entity. I looked after how the combine, and combineS' code work in the HL2, and i copied that code over, to my cpp's to make CU soldier's AI good. I also used the parent->child style of relationship with my classes. I created an npc_cu_base class as a parent and an npc_centralunion class as a child. The last one wich are controlls some unit specific movement of the CU Soldiers, the first one works as a basic enemy ai.
That was a hard job for me after all but in the end, ewerything works as we planned, and i was happy ^^.

Zeej and Szilaj already worked together in the past about weapon animating, that why he told emg about Zeej's animation abilities. Wich are very good ! He alredy made a lot of weapon animation wich can you see on his YouTube channel. After watching his videos i realized he could be a very good member for the team :). At first i won't like to co-work with foreign members, because my communication limits and time zone differences, but after wacthing his videos i give him a try.
His (first) task was to make all basic weapon (+hands) animation to our new Glock. And after 2 days he sent them over me and sad "Yo, it's done, whats next? :D" :D 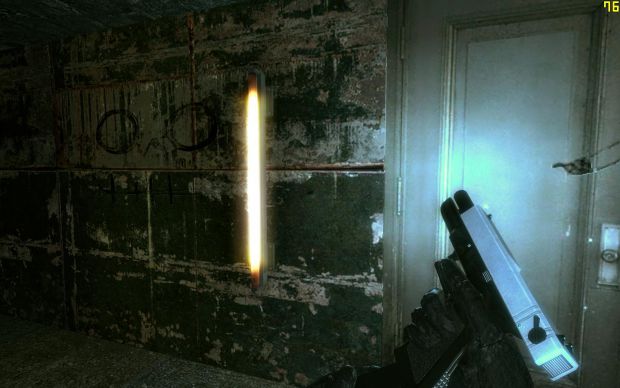 I nearly shocked, how fast he done with the animations :D, even if it was just one weapon. Furthermore we managed to make FPS cam animations, yes this kind of anims ! He told me, he always wanted to make moving fps camera anims wich are connected to the hand anims, so not just the hands moves but the camera follow the motion, or the activity of the hands. For explame: most of the mods had this problem: when you open/pick up some item on the map, you just press use and you done. In our opinion we will made some cinematic hand+fpshand animation, wich are makes the mod more credible and realictic. This animations will add a lot of expreience into the gameplay, and we also use it to make cutscenes are a more interesting, not just lock the player into a room, and impose him to listen/watch the cutscene like in HL2:EP2.

At last, I also woking on the sript of the Old Home's streets map, and i optimized it in the last few days. You also can see the engine differences by lookin on the fisrt and the latest screens of the map. It's not ready jet, because it need a lot of custom props, models, sprites, etc but it's looks fine, even if its just 50% :)

So these happend in the latest weeks. We embled some code features, weapon, hand models, camera animations and we do some map optimalization and gameplay script polish.

Keep on tracking us ! and if you would like to, you can donate the mod through PayPal :)

See ya next month!

Cool update, I like the iron sights and that you'll add some cinematic hand animations. The only thing that I dislike is the glock's color, I think it might look a bit better with a darker color then the current gray/ silver but then again thats my own personal preference ^^.

Well, can't be everything orange :]

Great looking pistol, and Zeej's animations look great. Could I ask how you made that awesome light look in the last screenshot?

It's not a big secret :), i used colorcorrection, and env_tonemap entity on the level + correct set of fog colors in the map, and in the 3D skybox too.
Color correction is a very good stuff to make a feeling for your mod/game.

I like that lighting a lot, too :) Good luck on your mod.

please link the thumbnails to bigger versions of the images :(

It's done ;) enjoy,
but you can watch these pictures in the image section too :)

"Witch plays in the underground"

I would have to say this mod looks awesome.