The new complete version will be release soon but by the moment you can play a new Light Alliance with many new features.

The new demo from the next Alliance 2.41X has been released and it adds a complete group of features which they will enjoy to all the players from the mod.

These new features go from new abilities to new strategy/tactical improvements. Many of them made with new code development on Alpha Blue group.

Of course the new version includes new textures from Nawrocki for space units/stars and from Burnstrobe for most of the planets/nebulae.

This is a complete list from these new features:

-Piet´s beam weapon is green. His beam ability is a little more powerful and it adds a green laser. 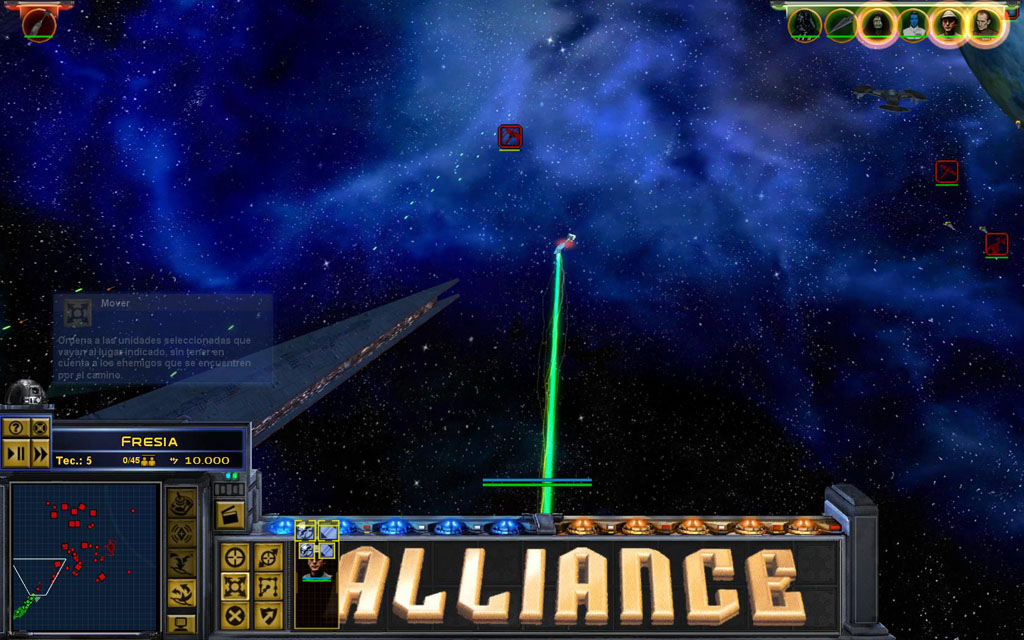 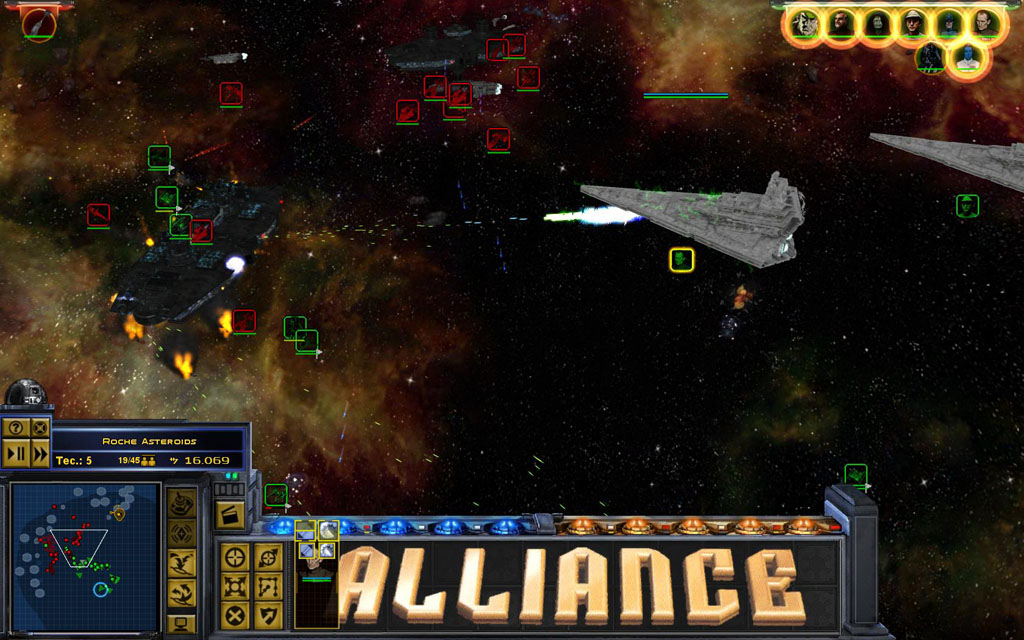 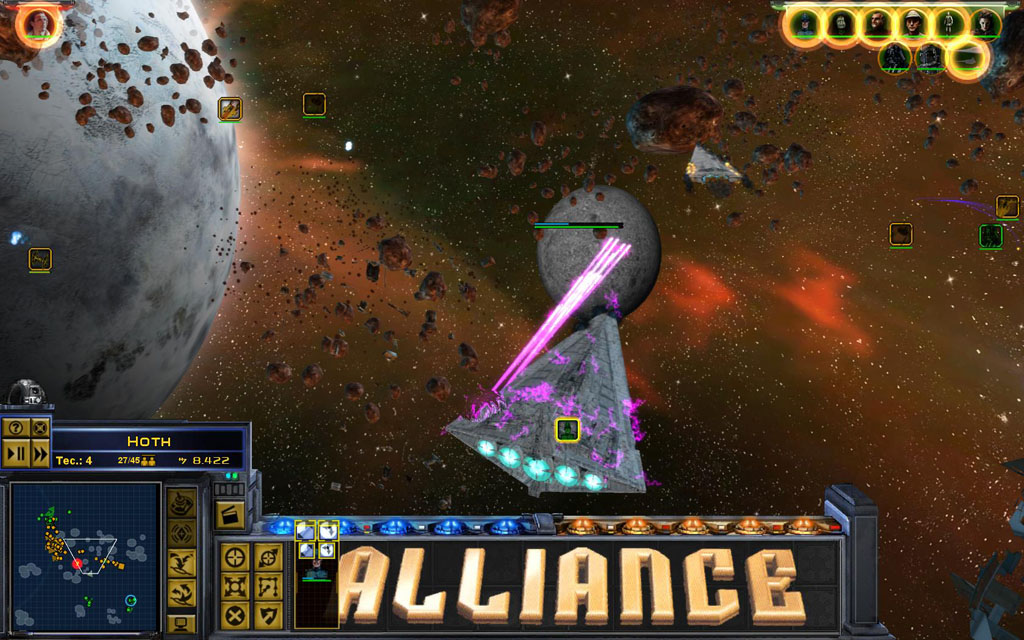 -ISD Liberator and Emancipator blast abilities. As Tarkin starship they can launch a powerful turbolaser+ion blast. But their shields, speed and strenght are better than a ISD MKI.

-Special full salvo ability added on Admiral Screed´s Demolisher. With this ability he can fire a lot of rockets, torpedoes and missiles to the enemies.

-Imperial Venators from fleet tech 0 with sphat beams. On the tech 0 fleet you will find Venators which they can fire a sphat laser beam from their hangar bays. 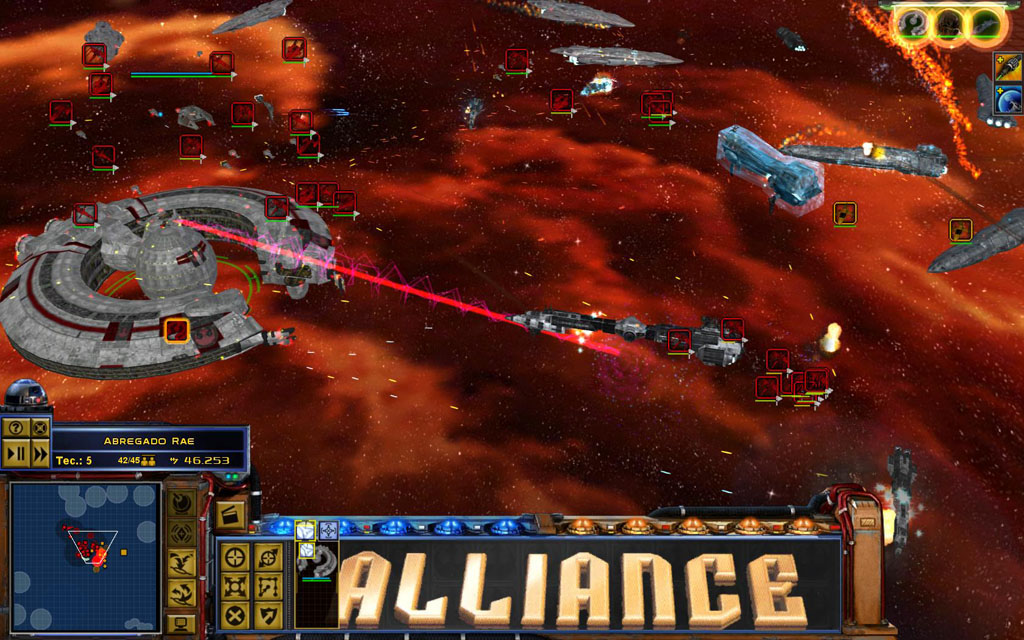 -Many changes on all bonus abilities.Most of them have improved and they have been equilibrated.

-New use for Interdictors, now they can stop fleet reinforces. When a interdictor is active on a tactical battle, special reinforces can not be spawned and it can protect you from a pirate surprise attack.

These enemy units are outside the system and you can not see them on the reinforce list. But remember your own reinforces from your fleet will be stopped if you have a interdictor activated. 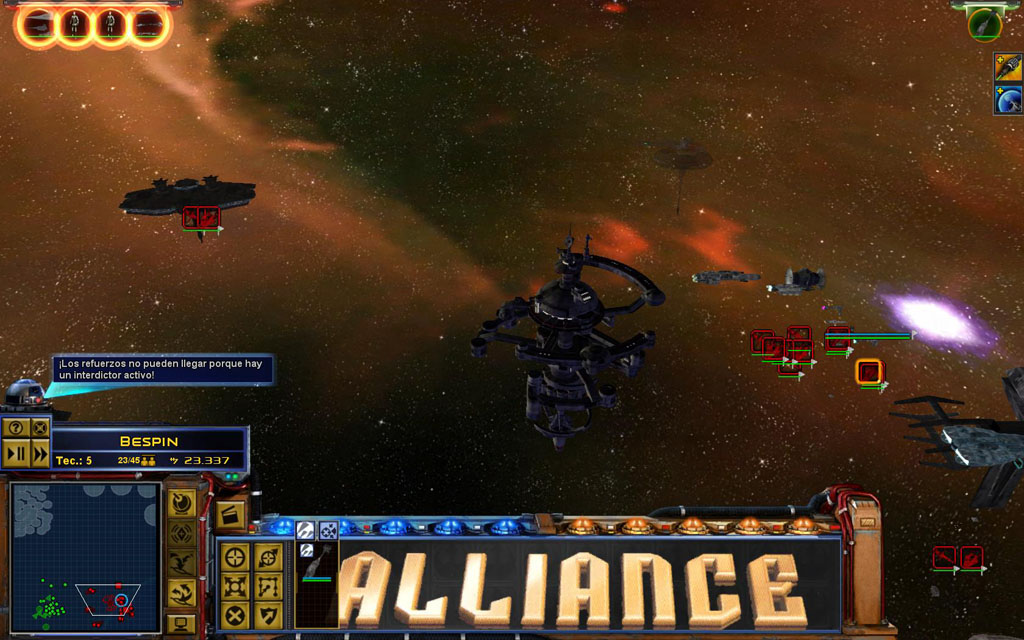 -Loading ground companies on starships. Now by default there are some combinations of ground units + starships which they will give you a complete assault starship, this ship will spawn some field commanders which they can spawn these ground units on the battlefield. 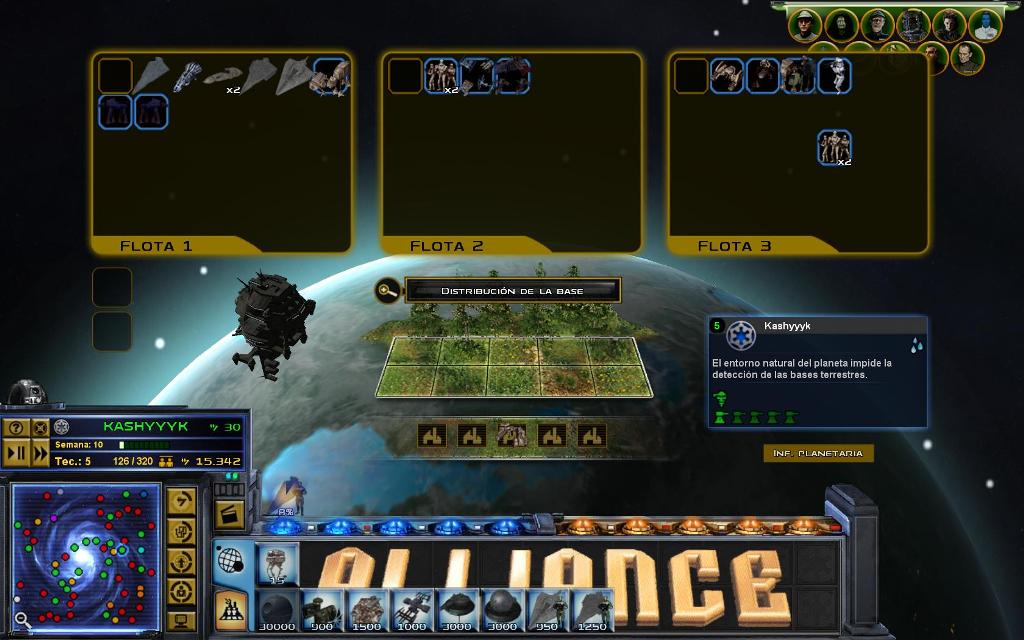 Ground forces must be on orbit with the starship for to be loaded on it. 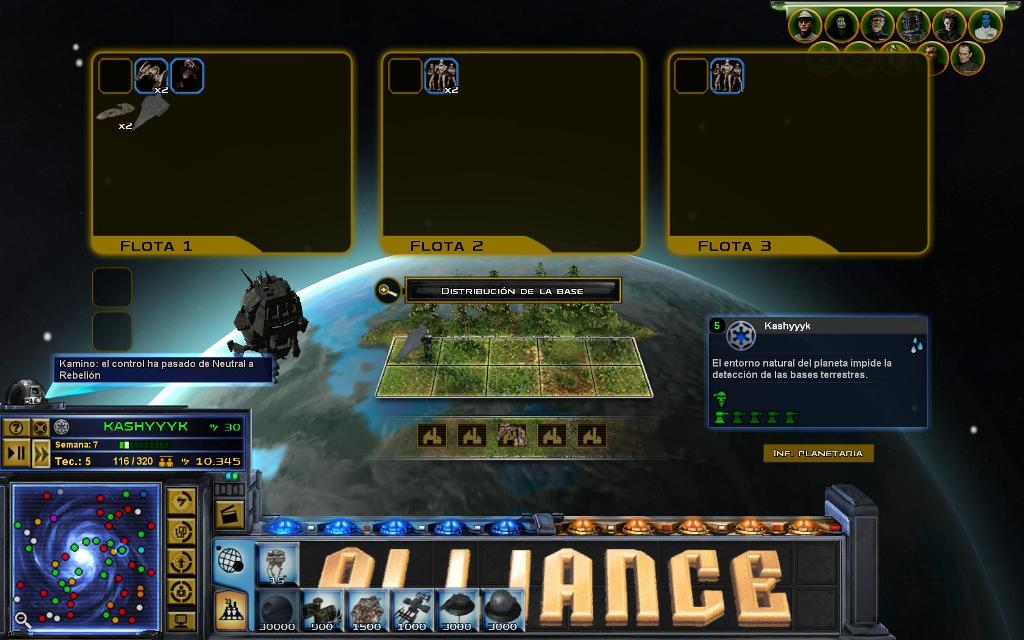 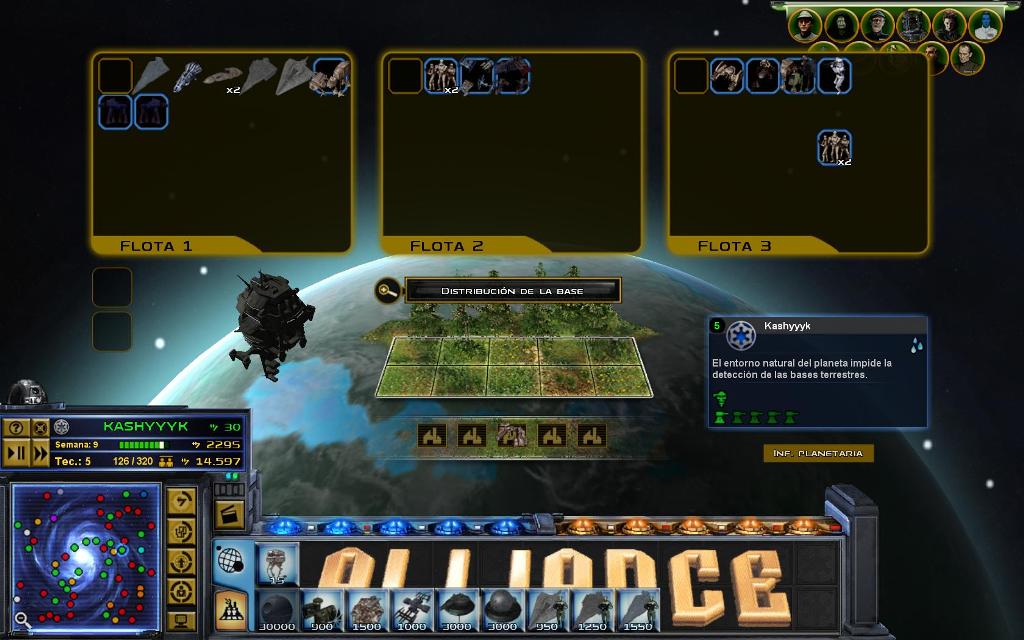 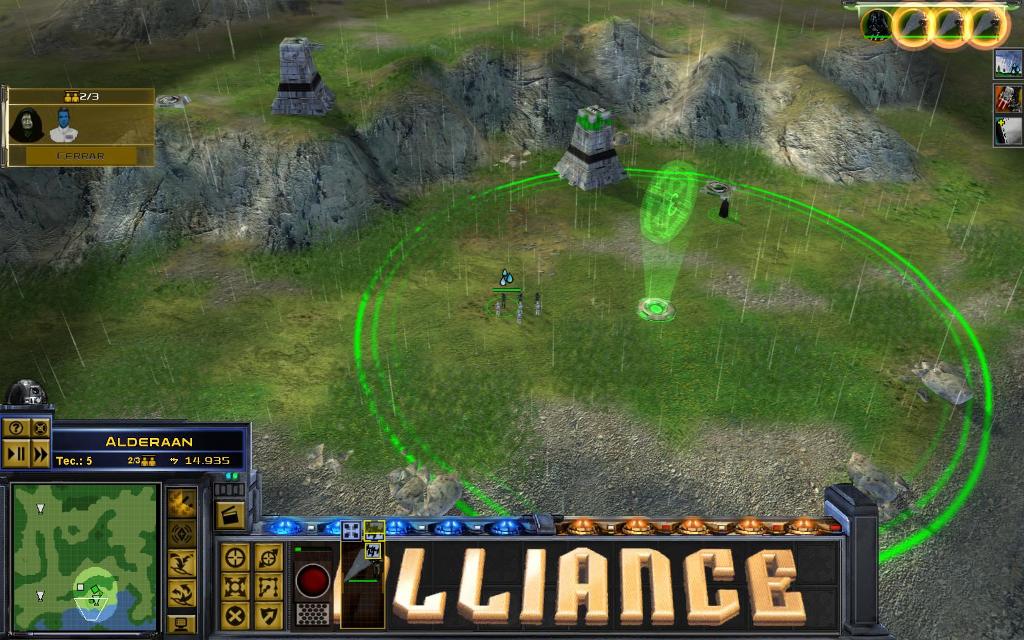 Next, on battlefield they will run as other field general. On space their starship will fight as other starship more but if you lose it, you lose all the ground units. 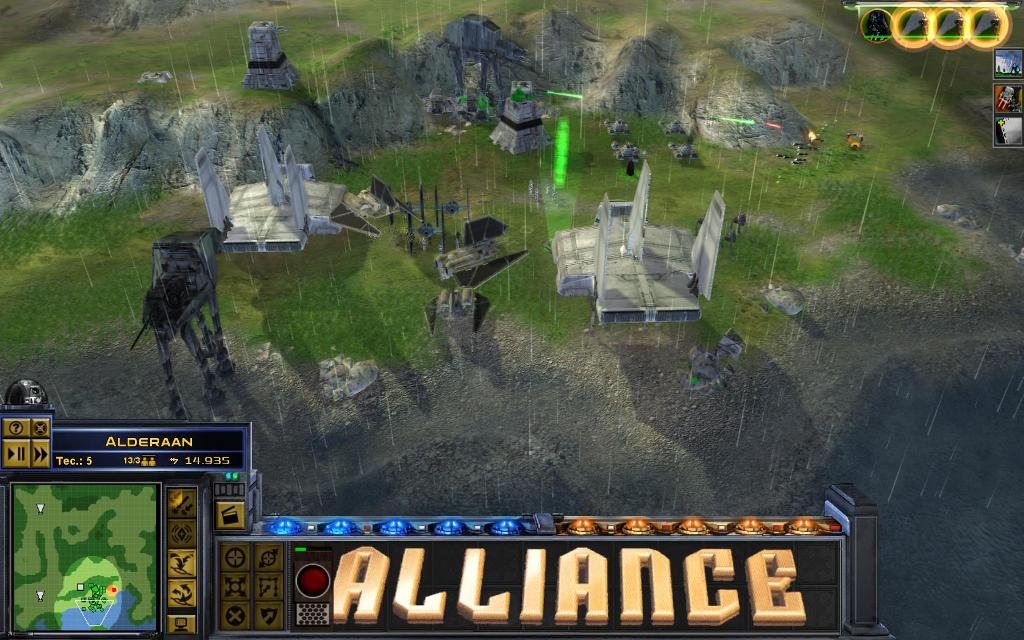 -Now field generals have their own starship transport.

-Some small starships can deploy mines which pursue enemy units and they can spawns clusters of termal charges. They can damage your own starships but they are very powerful, they can destroy by surprise a starship. 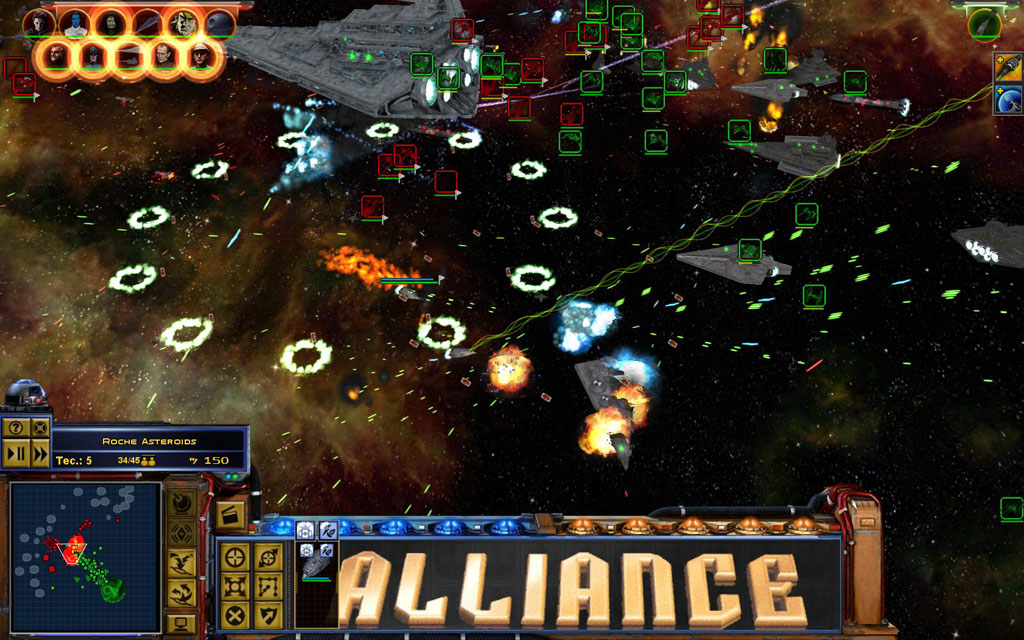 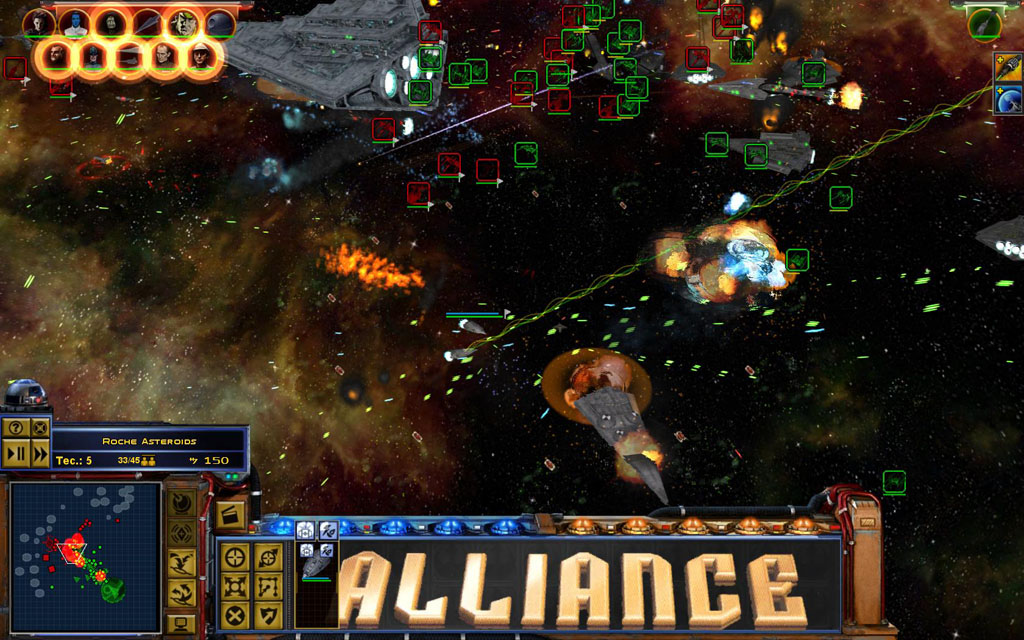 -All space maps has been remade with new planets, nebulae, ambient lights and more. There are more of 43 different nebulae. New star backgrounds have been added.

-Tector Star Destroyer has been added. It is a cruiser version from a Imperial Star Destroyer, it has not hangar bay or reactor core that enemy can target easily. 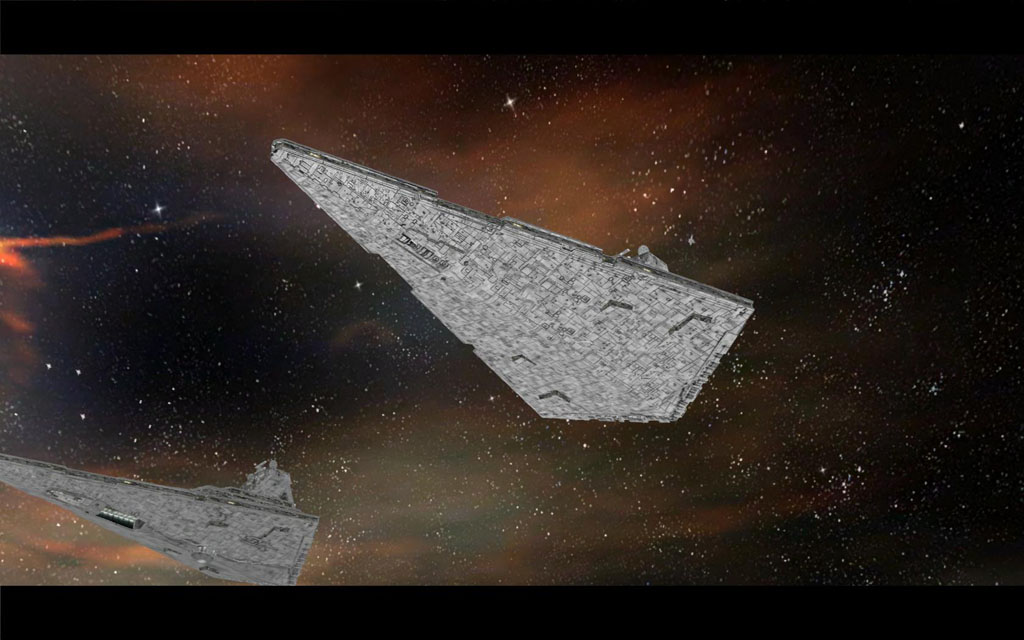 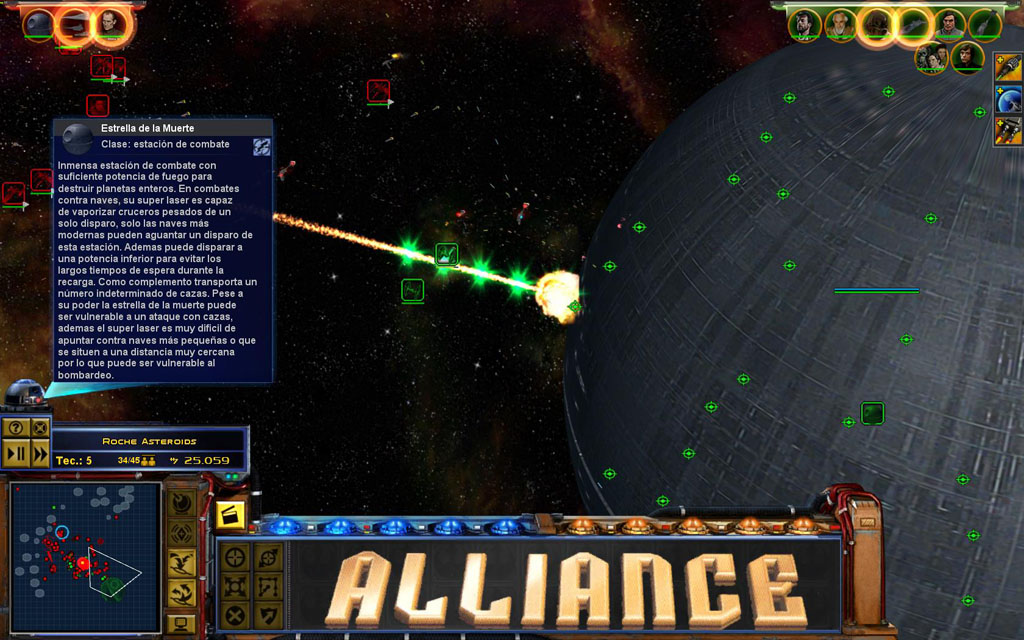 -Tactical events triggers have changed. Now they enter easily and faster. Most of them activate other units and heroes when they are activate. You will not see Vader´s Executor before the battle of Yavin.

-The destruction from the Death Star II has been fixed, now it is destroyed faster and you can see all the explosions on their correct positions.

-There a lot more of changes on all the mod but I find these the main changes from that you will find on the last version from Light Alliance. Remember the complete 2.41X will join these, previous and a lot more of features.

Wow, the rebels are going to get their butts kicked. I hope you had some more Alliance units to help balance the game. :)

I do not see sides unbalanced. Each side have their own special units and next to the battle of endor rebels can build more units.

Oh so they can build the more advanced ships like the Rejuvenator Star Destroyer, Mediator Heavy Cruiser, and the Strident Star Defender? I thought you'd taken them out.

These New Republic ships are not on the Light Alliance. But Rebels can upgrade a MC40 to MC60 and this itselft to MC75, next the three different MC80 can be upgraded to MC90 blue version, MC90 brown version and MC80C.

It can not be possible because there is only one fleet for each tech level. Perhaps you are confuse with other fleets.

do the rebels have an interdictor equivelent?

they haave the CC-7700 interdictor/detainer or its predecessor the CC-2200 i believe. or at least they should. its a corellian design. They were used by the imperials in early empire years, but after they got their new interdictor, im pretty sure the rebels made use of the older clone wars era ones

They will eventually get the ability to upgrade the Strike cruiser to have an interdictor ability. At least they have that in earlier versions of the game.

Yes, they can upgrade the Loronar Strike Cruiser to one Interdictor. The CC2200 is only on the complete version. CC7700 can be builded only on Corellia.

Imperials can build Inmovilizer 418, Dominator Cruiser and Tyrant, this powerful ship can generate a interdictor field.

Nomada can you say me where i can build the Vengeance (what planet or mission?)...i can't found it!!!

Byss when you reach the battle of endor. Only on equal footing and galactic conflict. Jerec uses this ship.

Thank you very much Nomada...great!!!

I remenber Jerec in Dark Forces II Jedi Knight...he has heir of the Palpatine's Empire...very nice game with real actors (for that years maybe the best in 3d graphic)

how do you actually activate the tactical events

somthing has been confusing me. in the main game, the magnapulse cannon looks exactally like the planetary turbolaser in my guide to weapons and tech, what is it here?

Every time I try to start this mod it freezes and windows says it is not responding (I use gold pack) do you know why?