At the start of 2014, I'd been working on Airships for a few months, and the major components were beginning to take shape: ship design, combat, heraldry, even a simple strategic map and multiplayer. I'd been blogging about the game on my site and IndieDB right from the start, and the very positive response was a major source of motivation. Still, the game lacked much of a user interface, and the computer's ships just hung in the sky and fired, with no tactical AI to drive them.

I wanted to get an early version of the game into people's hands quickly to start getting more feedback, so on March 23, I released the first early access version. To sell the game, I chose itch.io, a relatively new game store which is wonderfully straightforward for both players and developers. There's no application process, and no super-complex backend - you just upload the game, write a description, set the price, and you're ready.

As these things go, having activated the store, published the blog posts, and sent out the press releases, I then spent the rest of the afternoon hitting refresh in various places, anxious to see if people noticed or cared. And they did - the game sold maybe 30 copies in the first day, which isn't a lot, but a clear indicator of interest. Compared to my previous, much smaller game, Patent Blaster, which only ever sold about seven copies, things were definitely looking good.

A second and third version followed pretty quickly, adding smaller modules, an Internet game server, and a lot of balancing and bug fixes. By that time, I realized that Airships really needed a soundtrack. I advertised for a composer on Reddit and was fairly flooded with responses. I ended up making a spreadsheet of nearly forty candidates, whittled those down to seven, and finally chose Curtis Schweitzer, who impressed me with his orchestral scores, high quality of work, and previous experience making the soundtrack for Starbound. Frankly, I was a bit amazed that he was willing to join up with some tiny unfinished game, but clearly he could see its potential.

By the end of July, version 4 was ready, adding floating rocks, espionage, flamethrowers and Suspendium cannon. Most of the major changes were under the hood, as I'd reorganized the main game view into a more flexible componentized system that's since held up very nicely. Shortly afterwards, I took the plunge and added the game to Steam Greenlight. Sure, itch.io is great, but Steam still utterly dominates the PC games market, so Airships has to get onto the Steam store sooner or later.


This did mean that promoting the game got a bit more complicated: in general, you want to suggest one concrete action for people to take. Previously, this was obviously "buy the game", but now "upvote the game on Greenlight" competed with this. In practice, I've found the conversion rate to be about the same, which is kind of weird. People are as likely to fork over $5 for the game as they are to click "upvote" on Greenlight!

Early access 5 added major new features in the form of ramming and boarding, opening up new combat strategies. Subsequent updates finally brought a degree of balance to the strategic mode as well. 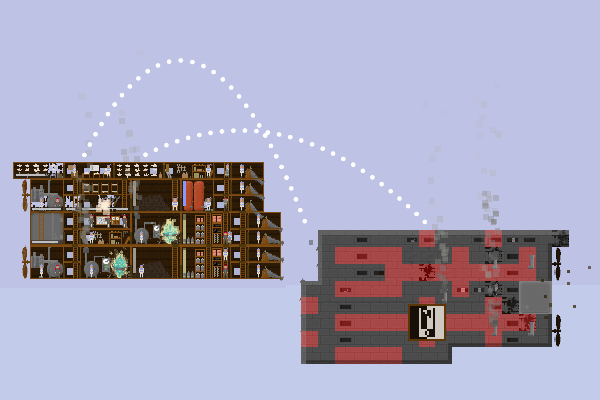 Shortly after the release of EA5, Youtuber Stuff+ started his very popular Construct+ series on Airships, introducing many new players to the game. I think that by now, about half of Airships players found it through Stuff+.

And indeed, by the end of November, the tally of games sold reached and exceeded 1000 copies, a pretty major milestone. In and of itself, a thousand copies don't make the game commercially successful: It's had about 7 man-months invested in it by now. But it's a very heartening sign that even half-done, unpolished, and with limited media attention, the game already sells.

So what's the plan for 2015? Obviously, I want to finish the game in that year. I'm aiming for early Q3, making it a solid two years of development time.

The next step, what I'm working on now, is to make the game a lot prettier: the new dynamic lighting system is now in place and looking really good, and still to come is a prettier and more consistent user interface. Early access v6 is where the game starts growing up a bit, hopefully moving beyond niche appeal to something that looks cool and plays well. 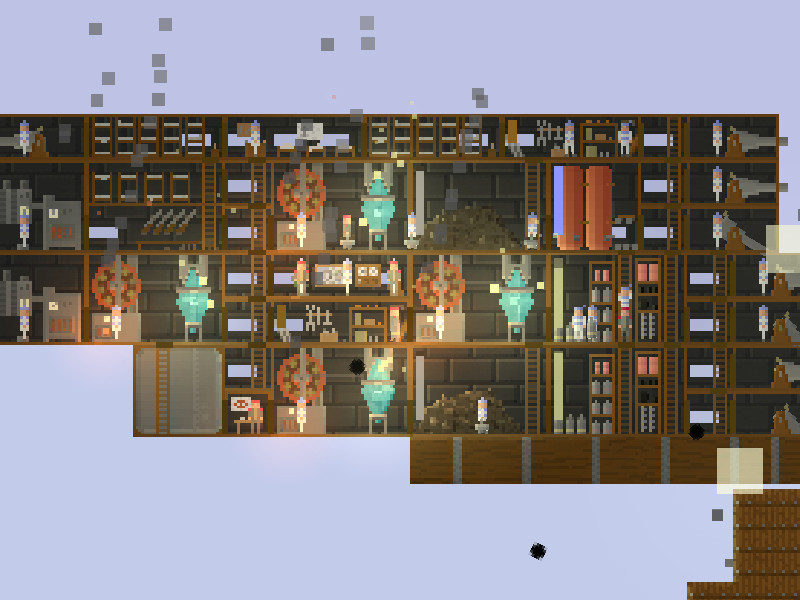 With version 6, I also hope to get the game greenlit. There's a mere 300 votes still needed to reach the top 100. Valve no longer do whole batches of greenlighting but rather pick individual games, usually from the top 100. I'd like to think that Airships is a pretty good contender. It's distinctive and already has a track record of success.

Beyond v6, it's a question of spending some time adding cool features. This will be a balance act between putting in all the things I can think of, and having enough time to really debug and polish it within my timeframe. If it turns out that I have to cut major features I wanted to put in, and the game sells reasonably well, there's always the option of creating an update or expansion to add in the extra stuff.

Finally, by early summer 2015, I want to switch full-time to polishing and debugging, ensuring the game's quality and compatibility. The words "early access" have lately acquired a bad reputation for games that are abandoned partway, and this is not what I want for Airships. I buy and play games too, after all, and it's so heartbreaking to end up with something that would have been really cool if only it had been fixed, polished and balanced. And after all, I want you to buy my next game too, and the one after that!

So what are the cool additional features I still want to add? A lot of this is in the plan file, but that's actually somewhat out of date, so here's my current list, in no particular order. Not everything may make it into the final game, for reasons of time, balance, or implementation difficulty. 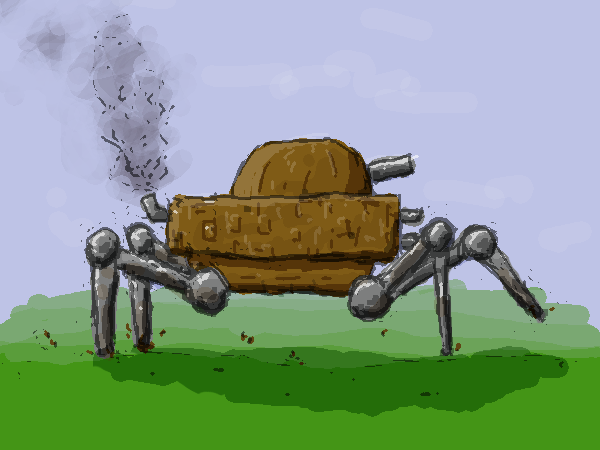 I'm certainly having a lot of fun making this game, and I'm very happy that people are playing and enjoying it. 2015 should be a good one.

"I'm certainly having a lot of fun making this game, and I'm very happy that people are playing and enjoying it."

I'm wondering, is this a hobby-project that you happen to sell to make some extra money? Or is it meant as some kind of breakthrough so you can focus full-time on creating games in the future? (I do remember you writing that you have a dayjob). Because if it's just a hobby-project then I'm very happy to see you are still having a lot of fun, which is obviously the most important thing!

I would buy Airships, but I decided some time ago that I would first play through my backlog before buying new games :( I call it the 'curse of the constant sales' ;)
You've got my vote on Greenlight though, it was the least I could do!

The game is definitely meant as a step on the path to being able to do gamedev full-time. I would love it to be the big breakthrough, and I think it has a shot at that. But if it isn't, I'd also be happy to just start building a reputation as someone who makes good and interesting games.

It's quite possible that Indie games will crash in the next two years or so. Certainly a bunch of people with a lot of experience like Jeff Vogel and Cliff Harris think it's likely. If that happens, I mean to be still around afterwards. Which means holding on to the day job (well, the steady freelance software dev gig) for a while yet.

Thank you for your Greenlight vote. :)